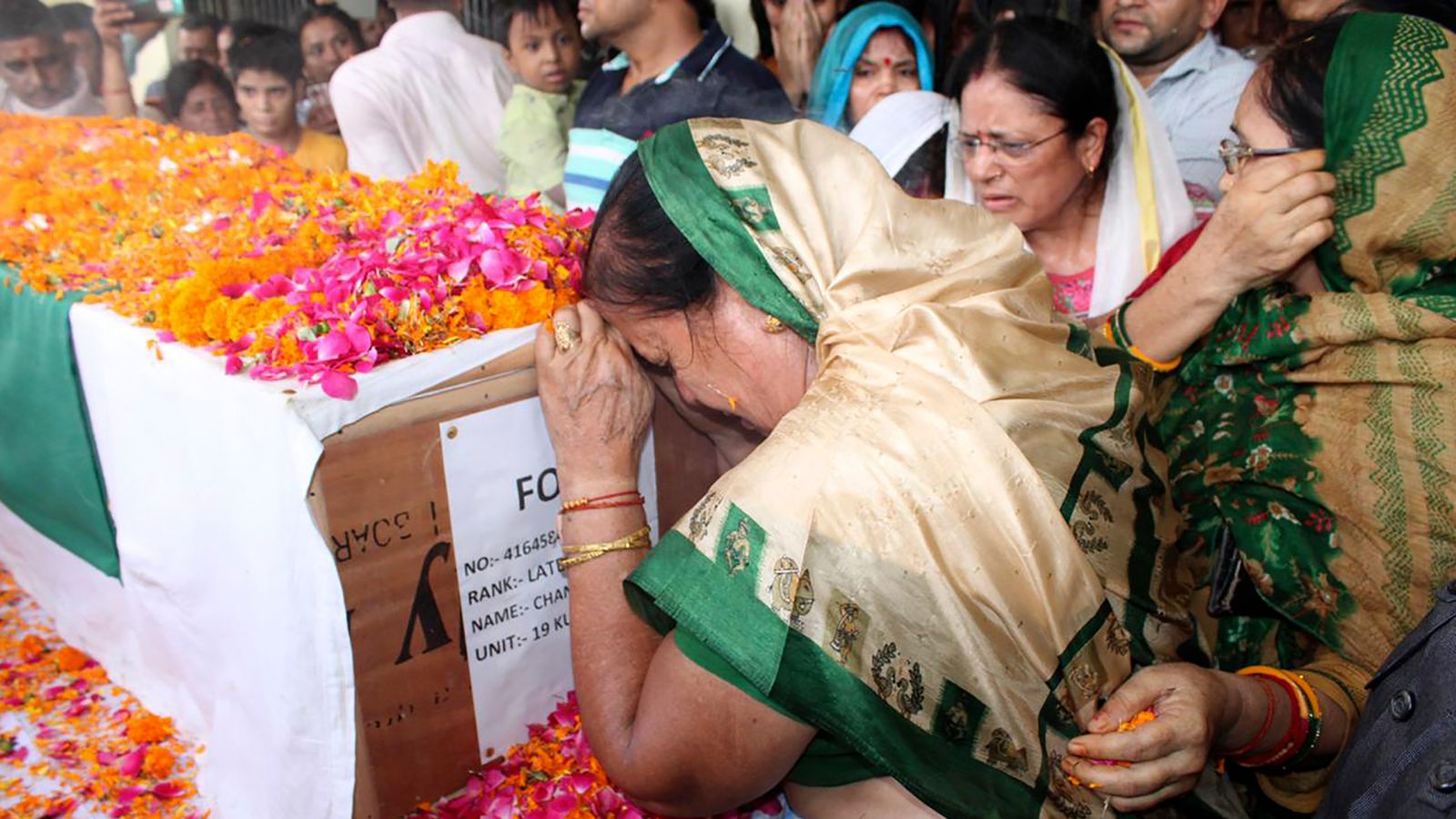 The body of a dead Indian soldier found after 38 years on world's highest battlefield along the contentious border with Pakistan.

According to the Army, Shekhar was deployed for Operation Meghdoot in 1984, when Pakistan and India engaged in a brief conflict over who would control the Siachen Glacier, widely considered to be the highest battlefield in the world.

Siachen is one of the harshest military deployments in the world, with temperatures that can drop to minus 50 degrees Celsius (minus 58 degrees Fahrenheit) and elevations of nearly 18,000 feet (5,486 meters).

Ladakh, a territory in the Himalayas, has long been a point of contention between the nuclear-armed neighbors.

Shekhar, according to local media, was one among 20 people who were on a patrol when they were caught in an ice storm.

At the time, fifteen remains had been found, but Shekhar and the other five had not been located, according to sources.

His final rites will now be carried out in the state of Uttarakhand, where his family resides, with full military honors.

His daughter, who was four years old when he vanished, expressed relief that the family would finally find him.

He has been long gone... Papa has come but I wish he was alive.

Years after the initial war for Siachen, Pakistan, and India both keep armed forces stationed in the remote region.

The identification disc on which Chander Shekhar was found bore his army identifying number.

An army patrol reportedly discovered the bones on Monday in a decommissioned bunker in the Siachen Glacier.

At the highest point of the extremely militarized and contentious frontier between India and Pakistan in divided Kashmir, he had vanished on the glacier.

Shekhar was one of the first Indian soldiers to take the 47-mile glacier in 1984 following skirmishes with Pakistani forces, who also control a portion of Kashmir.

Shekhar held the rank of lance naik, which is comparable to lance corporal.

He participated in Operation Meghdoot, and in May of that same year, he and 17 other teammates were patrolling a ridge when an avalanche struck.

13 soldiers' bodies were found, but five of them, including Shekhar, were still missing.

He made the "ultimate sacrifice," according to the army, and his remains have been returned to his family.

After a funeral with full military honors, they were airlifted to his hometown hamlet of Haldwani in the northern state of Uttarakhand.

On the glacier, India and Pakistan have occasionally engaged in combat, although more soldiers from both countries have perished due to the harsh conditions than from enemy fire.

The discovery, according to Harbola's family who resides in the Himalayan area of Uttarakhand's Haldwani, will provide them closure.

His village has organized a funeral with full military honors.

A soldier's body has been discovered after a long period of time before.

Tukaram V. Patil's body was discovered in 2014, 21 years after he vanished in the glaciers, by a patrolling unit.

India and Pakistan have long had disagreements over Siachen.

The zone has been the subject of unsuccessful demilitarization negotiations.

The Siachen glacier was under the grip of the nuclear-armed neighbors in 1984 after a brief conflict.

An avalanche near the Siachen glacier claimed the lives of at least 129 Pakistani soldiers in 2012.

Calls for India and Pakistan to pull their forces out of the conflicted area were sparked by the incident, but the neighbors were unable to agree.

At least 10 Indian soldiers perished in an avalanche in 2016, and four more perished in a similar incident in 2019.