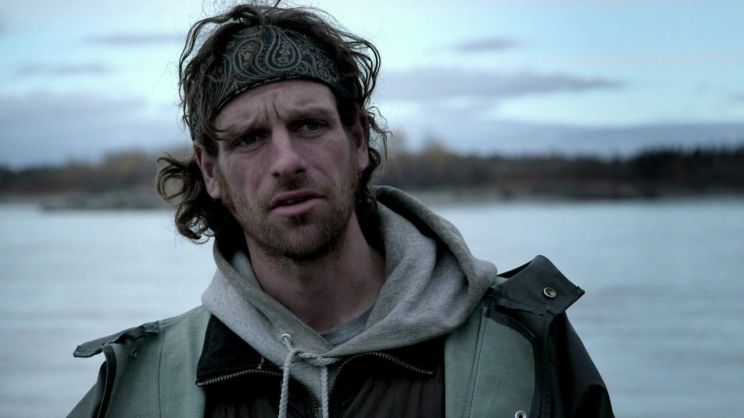 Ever imagined how life would be if you live in one of the coldest places in the world? No, I'm not talking about New York or Germany in the winter. I'm talking about an area with 0°C or less for most of the year. You might want to ask if such a place exists, or conclude: "Of course, that's got to be Antarctica, and people don't really live there."

Well, there’s a place like that, right here in America, and it's home to quite a few people. You might wonder how possible it is to survive in such a habitat. The big question could even be: “Why would anyone choose to live there?”

Simple! We live in a big world where people differ and find fulfillment in a whole lot of things. One of such people is Chip Hailstone.

Chip Hailstone (born Edward V. Hailstone), is an American hunter and resident of Noorvik, Alaska. He was born on the 5th of March, 1969 in Kalispell, Montana to his father, Daniel Hailstone, and mother, Mary. When Chip was young, Daniel taught him the art of fishing, hunting, and crafting.

In 1988, 19-year-old Chip embarked on a short visit to Noorvik, Alaska. However, it didn’t take long for the place to charm him. Chip decided to stay there and live a life of hunting and surviving on animals. Utilizing the survival skills that his father taught him many years ago as a child, it was easier for Chip to adapt to the life he met there. He settled down near the Kobuk River.

The information available about Chip's childhood is best described as vague. This means, there is not much that can be said about what growing up was like for him, or the number of siblings he has. It is also not known if he had a high school education or not. However, he must have had a great relationship with his father, who gave him his first lessons in hunting that have gone to help him very much as an adult.

Part of the reasons that Chip Hailstone decided to dare the Alaskan wilderness was love: he fell in love with Agnes. Born in 1972 of the Inupiaq tribe, Alaska has been home to Agnes' ancestors for about 4,000 years. They had lived, married, and gave birth to their offspring for generations.

Before Chip’s marriage to Agnes, she was married to Carter. In 1992, she divorced Carter who was leaving Alaska, and married Chip Hailstone.

Chip Hailstone has two step-sons (whom he has adopted) from Agnes' previous marriage to Carter– Doug and Jonathon. Both Doug and Jon are married with children of their own. With Agnes, Chip has five daughters: Tinmiaq, Iriqtaq, Mary, Caroline, and Quntan. Chip and Agnes Hailstone take their children's education seriously. Iriqtaq enrolled in college in 2015, where she and Mary enjoy engaging themselves in sports. They also play it in high school where Mary has captained the basketball team. Chip's eldest daughter, Tinmiaq, has both High School and college education.

To survive and get the best of the Alaskan wilderness, the family lives a migratory lifestyle, moving from one part of the wild to another each season. The Hailstone family members are well-known for their hatred for wastage and their ability to utilize every little thing they could find in the wild. The entire family contributes to skinning, harvesting, tanning, and trapping.

In 2013, Chip, alongside his family, began starring in the TV series, Life Below Zero. This has given them a certain level of fame. He and his wife are two of the show’s main casts.

Life Below Zero is a BBC-produced show that shows the daily living of pheasant hunters while they make their daily living in the remote areas of Alaska. The show is aired by National Geographic Channel. It was originally released on May 19, 2013, and is still airing in its fourteenth season.

Chips and other families defy the coldness of the wilderness, the presence of dangerous animals around, and the continuous battle for basic amenities. Over the years, the people have become more strong-willed and tough through their encounters with storms and wild animals. Although each family is involved in this for survival, most of them don’t live very close to each other to help reduce the effect of the loneliness that comes from living in the wild.

The trade-by-barter transaction method forms the currency of each family and measures the way they engage with each other as much as possible. They catch fish for currency in bartering supplies.

The families usually use sled dogs to transport themselves from one part of the wilderness to the other. Most people who watch Life Below Zero are amazed by the lifestyle of the families. As the world keeps moving and civilization is having more and more developments, how are they able to survive in the wild for such a long time? Is life comfortable for them without automobiles, high tech gadgets, and the feeling of having humans living close to them? These may be the very things that characterize our very modern life, but it’s not farfetched to reason that the families derive comfort and sustenance from their kind of life.

While the number of fans of the reality show has continued to grow since its inception, a lot of them were surprised when they received the news that Chip was sentenced to jail in 2011.

On July 17, 2011, two incidents happened that made Chip Hailstone find himself clashing with the law.

First, in an email he sent on July 18, Chip claimed that a state trooper, Christopher Bitz, had physically assaulted his daughter, Tinmiaq Hailstone, who was then 17-year-old.

Secondly, he claimed that a gun was pointed towards his stepson, Jonathon Carter. The two children were said to have been involved in a fight that involved several people. As a result of this, on July 20, Chip filed a suit on behalf of his daughter for a restraining order.

When the police launched their investigations on the same morning of the incident, led by Trooper Investigator, Joshua Rallo, they questioned those who were present during the fight and arrested about five people, including prime suspects, Carter and Jack Wells.

During the trial, testimonies from the state trooper, Christopher Bitz, denied Chip’s claims, that they contradicted the accounts of the incident by other witnesses. Tinmiaq and Jonathon were also confirmed to have also wielded weapons and attacked others during the fight. Bitz testified not raising his hand against Tinmiaq during the confrontation with the Hailstones, nor had he raised his voice at any of them.

In the end, Chip was found guilty of two counts of perjury and feeding the police fake information to implicate an innocent man. He was sentenced to 15 months imprisonment with three years’ probation. Although he tried to appeal against the court ruling, insisting on his innocence, the court finally dismissed his appeal in July 2017.

While Chip was serving out his term at the Anchorage Correctional Complex, Agnes and the rest of the family members continued to star in Life Below Zero. They also had to survive by themselves. He missed the show for a complete season until the end of his prison time. His 3 years’ probation sentence was later lifted.

All of Chip Hailstone’s income comes from his involvement in Life Below Zero where he makes $45,000 from the show annually. He is said to have a net worth of about $100,000.