Celebrities Who Had Children Through Surrogacy 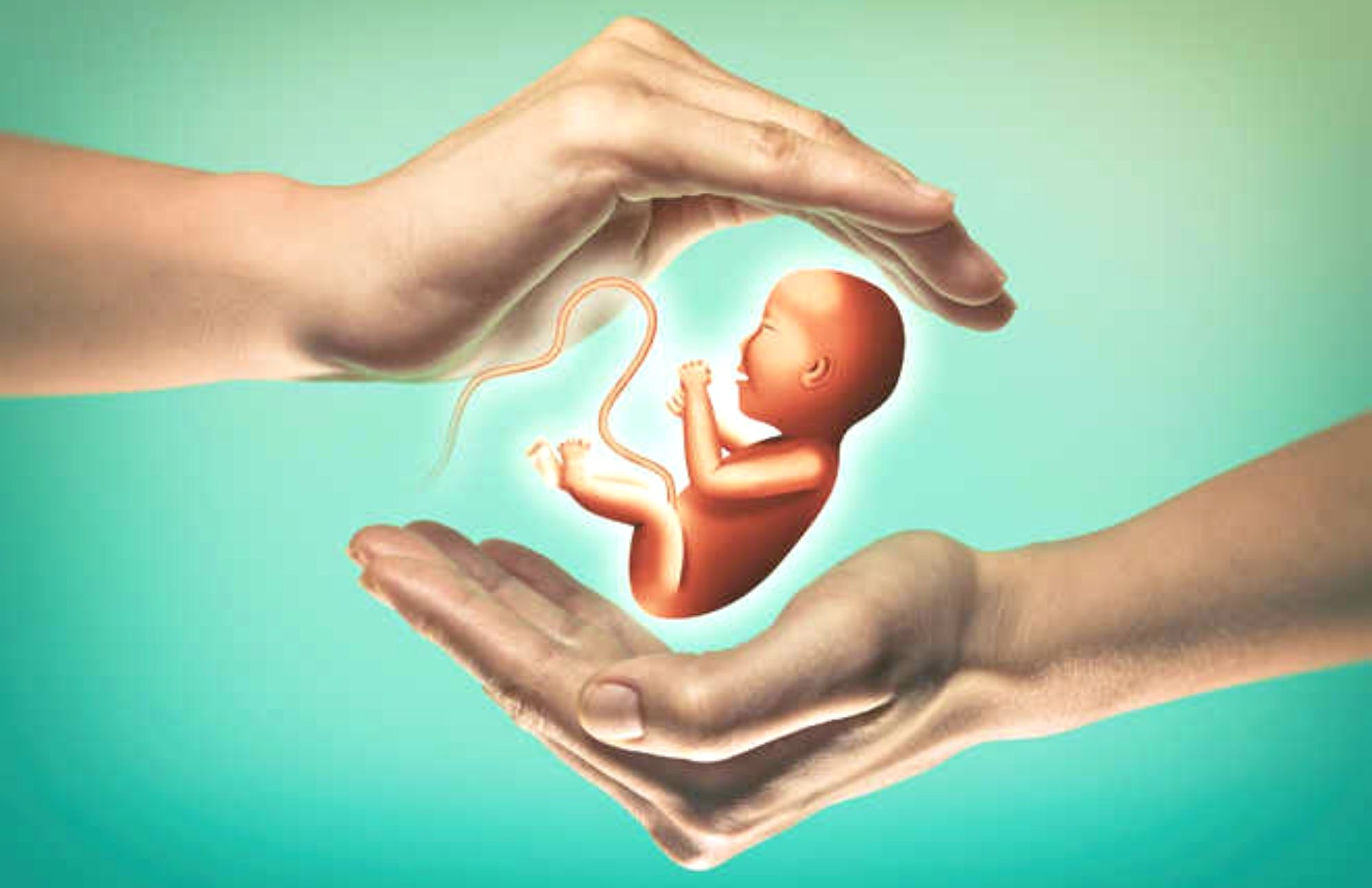 Since the first human couple was brought into life on earth, they have been endowed with a special gift, which is the ability to have children and fill the earth.

Because they did not obey our Heavenly Father, health issues such as infertility have emerged as one of the depressing outcomes we may face.

Infertility is one of the reasons why celebrities who have had children through surrogacy have become popular topics of discussion.

Surrogacy is a contract between a woman, who is called the "surrogate," and another person or couple, who are called the "intended parent/s," to carry and give birth to a child on their behalf.

If you're interested in reading about famous people who used surrogacy to fulfill their dreams of starting a family, keep reading!

These arrangements are difficult to manage from a medical, emotional, financial, and legal standpoint.

A woman who agrees to conceive, carry, and give birth to a child on behalf of another individual or couple (the "intended parent/s") is known as a surrogate.

Following the birth, the surrogate agrees to deliver the child to the intended parent(s).

Kim Kardashian is a celebrity on reality television, an influential figure on social media, and an entrepreneur from Los Angeles.

She shot to popularity in 2007 because of the reality show that her family hosts on E! called Keeping Up with the Kardashians.

She is also the owner of the companies KKW Beauty, KKW Fragrance, and SKIMS, all of which contribute significantly to her riches.

Kim Kardashian and her ex-husband, Kayne West, now have four beautiful kids together.

Their names are North, Saint, Chicago, and Psalm. But getting to the point where they could bring their babies into the world wasn't easy.

During her second pregnancy with Saint, Kim had problems and was worried about a condition called "placenta accreta."

Placenta accreta is a potentially fatal complication of pregnancy that happens when the placenta grows too deeply into the wall of the uterus.

The placenta usually pulls away from the wall of the uterus after giving birth, which can cause a lot of blood to be lost.

Kim needed surgery to create a small opening in her uterus so that she could get the disease treated.

Even though this treatment worked to fix the placenta accreta, it made the woman less fertile and made it harder to get pregnant again.

Because of this, Kim and Kayne decided to use a gestational surrogate to have Chicago and Psalm.

Neil Patrick Harris, an American actor, singer, comedian, writer, producer, and TV host, is the second celebrity on our list who started and grew their family with the help of a surrogate mother.

Harris kept getting good reviews for his TV work, and the sitcom "How I Met Your Mother" made him a big name.

His role as serial womanizer Barney Stinson got him two more Golden Globe and four Emmy nominations in 2009 and 2010.

He told the public in 2006 that he was gay, but it didn't hurt his career at all because he kept playing the skirt-chasing Stinson on HIMYM.

In 2010, Harris finally won an Emmy for his work as a guest star on the musical show Glee.

Neil and his husband, David Burtkafa, have twin children, Harper and Gideon. Neil has one biological child, and David has the other.

Egg donation and gestational surrogacy are two options that are available to same-sex male couples who are interested in having children.

This pair decided to pursue these options. The couple was familiar with the kind woman who would be carrying their child for them, but they went through an organization to find an anonymous egg donor.

Neil and his husband expanded their family by two with the assistance of a surrogate and an egg donor.

He told a story about being a parent while his siblings were getting closer and closer to being teenagers.

I spend a lot of time with kids as parents, trying to instill values and humor and agency with them. Now that they're older and they don't like you anymore, you can sort of see how that plays out. They will be 12 years old in October, which will be their golden birthday which means they'll want some big-ass party.

Neil and his family like to play video games together when he's not away filming. Their favorite game is Big Brain Academy: Brain vs. Brain.

"We can all play together at our own levels, different mini-games, which is awesome, and I love it. It's a good way to keep us together as a family and play awesome games. And learn, it's educational."

Fallon won two Emmys for his work as a guest host on Saturday Night Live in 2012 and 2014.

For a period of five years, Jimmy Fallon and his wife, Nancy Juvonen, were unsuccessful in their attempts to conceive a child through in-vitro fertilization (IVF).

In the process of in-vitro fertilization, an egg and sperm are joined in a laboratory dish to create a fertilized egg.

The pair have been very open with the public about their journey, including how emotionally and physically taxing it was for them.

The couple made the decision that, despite all of these challenges, they weren't ready to give up on their goal of being parents, so they began looking into surrogacy as an option.

Through in vitro fertilization (IVF) and surrogacy, Jimmy and Nancy became parents for the first time to a daughter named Winnie Rose.

After another year and a half had passed, his second daughter, Frances Fallon, was born through the process of surrogacy.

Fallon acknowledged that it is challenging for people who are unable to have children. He said: "It’s hard if you can’t have children. We struggled for a good five years trying to have a kid."

We tried before, we told people and then it didn't happen. And it's just really depressing. It's really hard on everybody. I know people have tried much longer (than we have), but if there's anyone out there who is trying and they're just losing hope, just hang in there.

"Try every avenue; try anything you can do, 'cause you'll get there. You'll end up with a family, and it's so worth it. It is the most 'worth it' thing!"

Gabrielle "Monique" Union is an American actress. She first became known for her parts in the movies "She's All That" and "10 Things I Hate About You," both of which came out in 1999.

In 2000, she got her big break when she played Isis in the hit movie Bring It On.

Union has been in a lot of movies and TV shows over the past 20 years, like the Bad Boyz movies and the CBS show City of Angels.

She has also written two books about her life and two books for kids.

Union has been married to former NBA player Dwyane Wade since 2014. She is now stepmother to his three children and had another child with Wade in 2018.

Union was sexually assaulted as a young woman, and she has spent her career fighting hard for people who have been sexually abused.

Union wrote a book titled "We're Going to Need More Wine" about her experiences with infertility.

She and her husband, Dwayne Wade, suffered through eight or nine miscarriages while trying to start a family.

She used the metaphor of being "a prisoner of trying to get pregnant" to express how she felt during her three-year journey with IVF.

It was found that Gabrielle and Dwayne were having trouble having a baby because of a condition called adenomyosis.

Adenomyosis is a condition in which the endometrium, which is the uterus's inner lining, breaks through the uterus's muscle wall (the myometrium).

To avoid the adenomyosis diagnosis, the couple decided to use a surrogate to have a baby.

Their efforts were fruitful, as they are now the proud parents of a beautiful daughter named Kaavia.

Why Do So Many Celebrities Use Surrogates

Famous people use surrogacy for a variety of reasons, such as being a same-sex couple, a single parent who can't have children on their own, or having trouble getting pregnant.

These public figures have made an effort to break the silence on the topic of surrogacy by discussing their experiences, opening up a dialogue, and being totally honest.

How Much Do Celebrities Pay For Surrogates

Most surrogates are paid every four weeks, with monthly payments between $2,000 and $3,000.

The surrogate receives a lump sum payment equal to about one-third of her total compensation about two weeks after the child is born.

Celebrity On The View Talking About Surrogacy

Who Has Had A Surrogate Baby?

Why Do Kardashians Use Surrogates?

Reportedly, Khloé Kardashian chose to have a child through surrogacy so that her "body would not be put under any further strain."

Do Surrogates Get Paid If They Miscarry?

Do not worry about having to pay for any costs related to the pregnancy out of pocket if you have a miscarriage or a failed transfer because, according to your contract, you would be compensated up to that point.

As a result, you don't have to worry about having to pay for any pregnancy-related expenses.

Celbrity infertility is becoming more openly discussed. That's why surrogacy is also a viable solution for those who are not capable of having children.

Are you surprised to learn that many celebrities had children through surrogacy?

Let's thank them because they are courageous to share some of their experiences and struggles with infertility with the public.

Surrogacy isn't just for celebrities looking to establish or expand their families, either.

Surrogacy is becoming a popular option for people who can't have children on their own. This includes gay couples, single men, and couples who have problems getting pregnant.

Getting in touch with a fertility clinic that has helped people get pregnant through surrogacy is a good way to start your journey to becoming a parent.