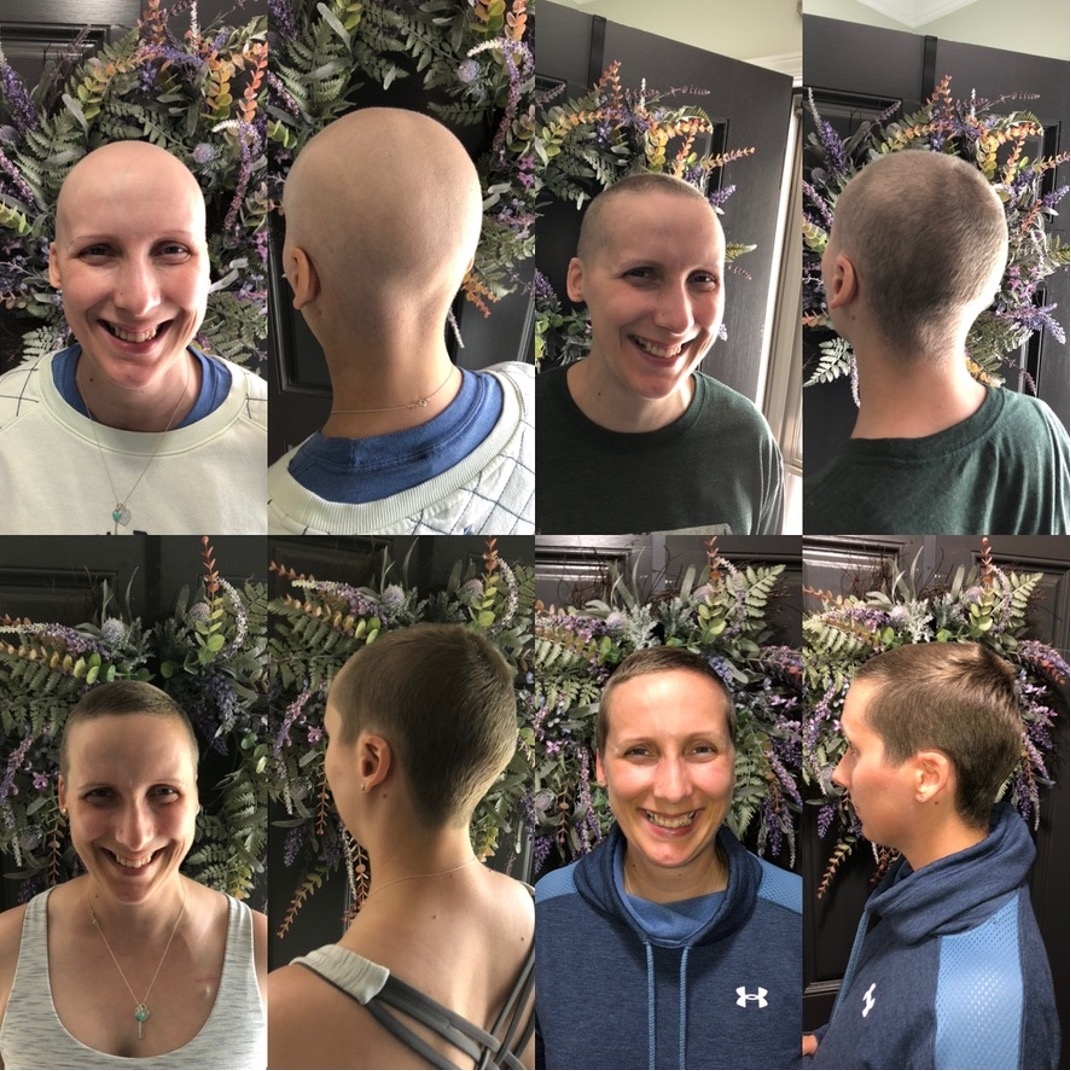 Cancer remains to be one of the top killers of mankind, but a recent discovery by a Chinese scientist could lead to a new cancer therapy that hopefully would reduce the annual death toll.

Yibin Kang, Ph.D., a cancer biologist, breast cancer researcher, and molecular biology professor at Princeton University, found a breakthrough in cancer treatment in a gene he has been studying for over 15 years, according to The Daily Princetonian.

Is this new cancer therapy the world has been waiting for all these years?

The 5 Revolutions in Cancer Treatment

One that could lead to an effective cancer therapy without negative aftereffects on patients.

The Fujian-born scientist and his team of fellow scientists discovered that a certain gene and one kind of protein work together towards the development and progress of breast cancer.

That’s according to the abstracts of their two papers, published simultaneously by Nature Cancer in November 2021.

The said gene mainly “promotes breast cancer initiation, metastasis, and therapy resistance,” according to the studies, with the protein helping it do so.

Metastasis (meh-TAS-tuh-sis), explains the National Cancer Institute, is when the cancer cells spread to other parts of the body from the part in the body where they originally formed.

They typically spread in the bones as well as in the brain, lungs, and liver, according to Breastcancer.org.

Kang and his team used two “small-molecule compounds” to combat whatever the gene and the protein are doing.

In an email with The Daily Princetonian, Minhong Shen, the main author of the two papers, shared that they succeeded in creating “new small chemical compounds.” These compounds, he said, can help treat breast cancer among mice.

Kang will base a new cancer therapy from the results of their studies, which will particularly target metastatic breast cancer in humans but with the optimism that it may also be used for other cancer types.

The Villain – MTDH – And Its Sidekick – SND1

Kang and his team identified the two in their studies.

An article by The Daily Princetonian referred to MTDH as the “villain” and to SND1 as the “sidekick” in the battle against breast cancer. The gene MTDH produces a protein, which also goes by the name metadherin, that “interacts” with SND1.

In an interview with Princeton University, Kang revealed that cancerous cells need MTDH “to survive and thrive.”

The team used small-molecule compounds C26-A2 and C26-A6 against the MTDH-SND1 interaction, according to the studies.

Chemotherapy sensitivity or chemosensitivity, explains German biotech and MedTech company TherapySelect, is one trait of cancer cells. This chemosensitivity tells if a tumor reacts to a certain treatment (e.g., chemotherapy, chemo drugs) and how strong is its reaction. For example, is the tumor’s reaction to the treatment so strong its growth gets impeded or, better, its cells get destroyed?

Kang also said to Princeton that MTDH not only makes tumors become strong enough to resist the chemotherapy treatments, it also prevents the body’s immune system from determining that a cell “is under attack.” Therefore, the immune system “can’t send help,” and the tumor continues to develop.

The drug – the “small chemical compounds” Shen mentioned to The Daily Princetonian – can stop the MTDH from doing them.

In their studies, they achieved it through the “genetic ablation of MTDH.”

Wikipedia defines “genetic ablation” as “a method of modifying DNA in order to disrupt the production of a specific gene.” In this case, the method is targeting MTDH.

What excites Kang even more is that MTDH, he said to Princeton, “is not essential” for the human body’s normal tissues. Meaning, combating MTDH with the drug they created will produce “very few side effects” on them. The drug itself, affirmed Kang, “has very little toxicity.”

After testing it in mice, no side effects were reported.

Finally, Kang said that the drug is not only meant for breast cancer but “for all major kinds of cancers.” 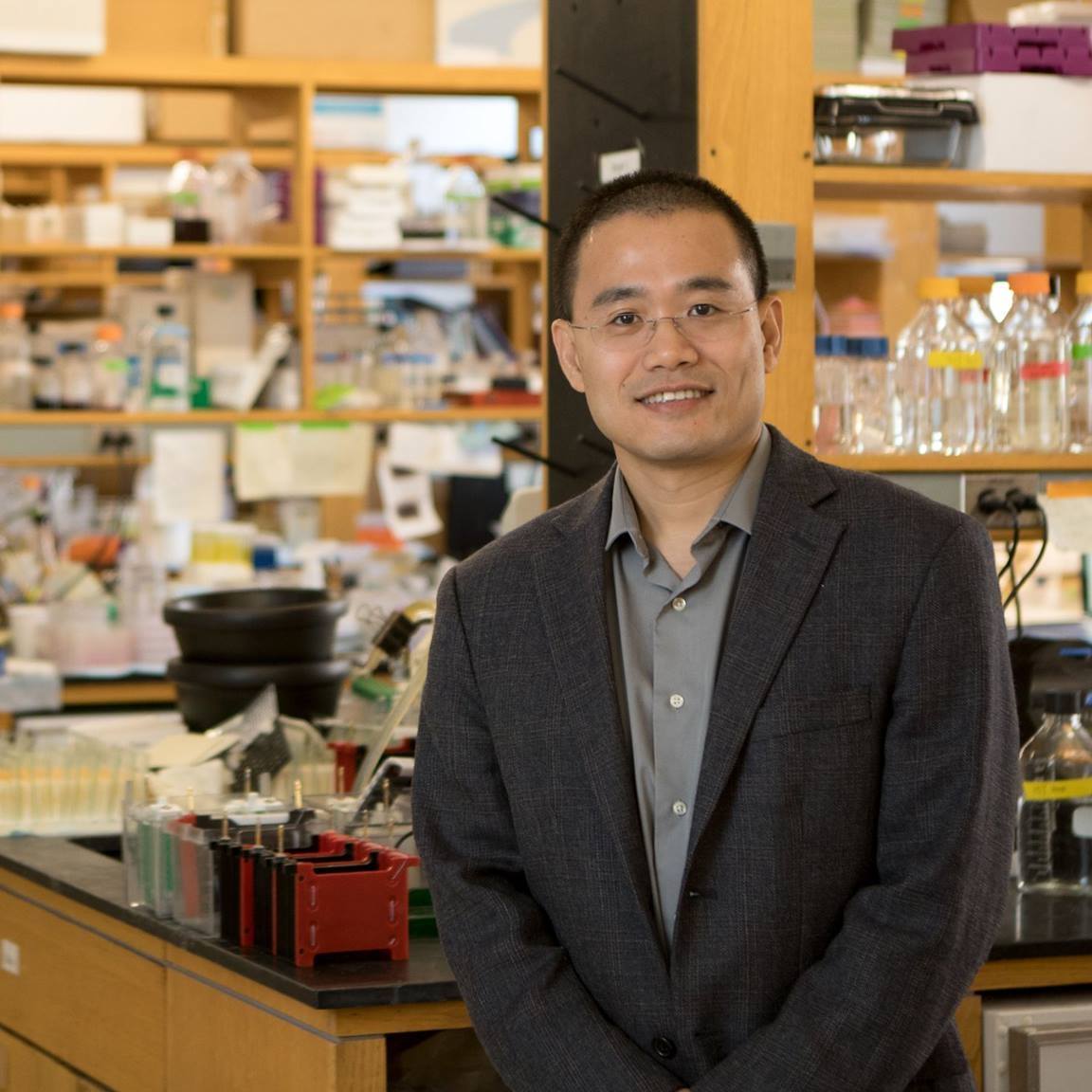 When it comes to cancer research, Kang is the man – and quite a busy man.

Aside from his teaching and lab duties at Princeton, Kang – currently in his late forties – also serves as the Associate Director for Consortium Research at the Rutgers Cancer Institute of New Jersey (CINJ).

Moreover, this year, he accepted an offer to be one of the three founding members of the Ludwig Princeton Branch, according to CINJ.

The Ludwig Cancer Research (est. 1971), on its 50th anniversary, opened a branch at Princeton University in April 2021.

For his breakthrough research work for breast cancer metastasis, the American Association for the Advancement of Science named Kang a fellow in 2016, according to Princeton University.

Prior to that recognition, Kang received the Vicek Prize for Creative Promise in Biomedical Sciences in 2011.

What Are Latest Advancements In Treatment Of Cancer? 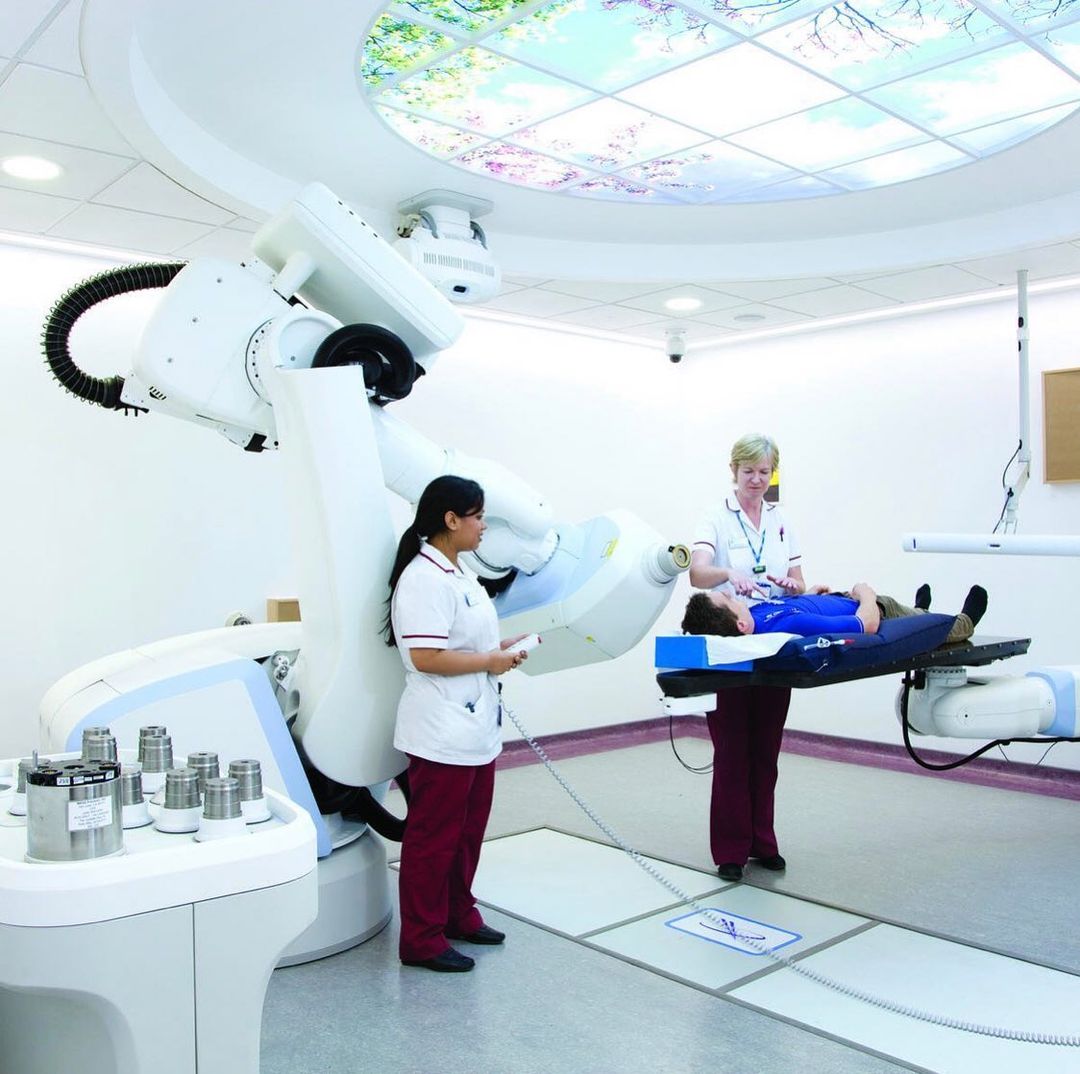 The American Cancer Society lists chemotherapy, radiation therapy, surgery, and bone marrow or stem cell transplant as some of the most common types of cancer treatment.

Everyday Health identified the following as some of this year’s reported progress in cancer treatment and research:

They can increase the chances of people to have colorectal cancer.

In 2020, four percent of cancer diagnosis around the world was attributed to alcohol drinking.

Eating over half an ounce of nuts (more than 14 grams) every week could lessen the risk of getting breast cancer.

This is an agent used in immunotherapy that can slow the development of cervical cancer.

Combination of these two drugs is highly recommended for treating uterine cancer.

Testing one’s saliva to check if the virus human papillomavirus (HPV) is present could reveal if one shows early signs of head and neck cancer.

Recommended for breast cancer patients, it aims to lower the body’s cholesterol levels.

Taking 300 international units (IU) of this vitamin per day could lower the risk of having colon cancer.

Verywell Health also came up with its own list this 2021, namely: 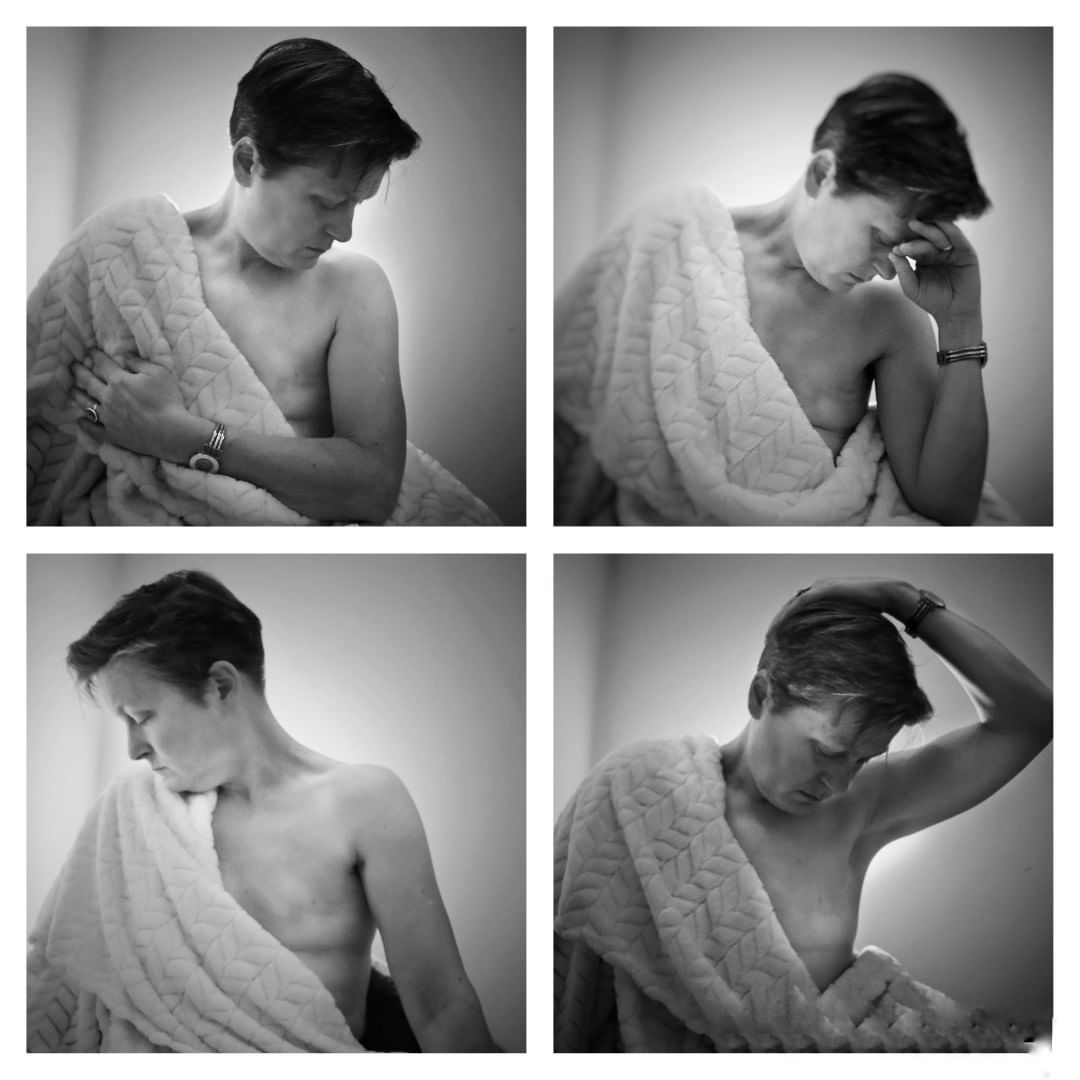 Breast cancer, according to the World Health Organization (WHO), is the “the world’s most prevalent cancer,” which targets both women and men.

In the U.S., 2,650 men have been projected this 2021 to be diagnosed with breast cancer, according to the American Society of Clinical Oncology.

In the U.S., lung cancer is the number one cause of death every year among women diagnosed with cancer, according to the American Cancer Society.

For cancer treatment, prevention is also the key.

So, doctors and medical organizations recommend that aside from self-breast examination, one should also go to a hospital for a mammography.

The American College of Radiology and the National Comprehensive Cancer Network in Pennsylvania recommend women to get an annual screening mammography by the time they turn 40, according to RadiologyInfo.org.

Women with a family history of ovarian and/or breast cancer should see a doctor to know if they need to get examined before they reach 40.

Mammography is a noninvasive breast examination procedure done through “a special X-ray machine” while a mammogram refers to “an X-ray picture of the breast,” according to the U.S. Centers for Disease Control and Prevention (CDC).

Note, however, that the term “mammogram” is also often used to refer to both the procedure and the X-ray picture.

The two kinds of mammography, according to RadiologyInfo.org, are screening mammography and diagnostic mammography.

Screening mammography helps detect early signs of breast cancer or any other problem. If a problem is detected, a diagnostic mammography will be recommended.

This breast examination procedure will involve the following medical professionals:

The symptoms for breast cancer differ for each person, according to CDC, but here are some of them, as identified by the Cancer Treatment Centers of America:

a. One or both nipple(s) face(s) inward.

b. The breast feels itchy and looks swollen and/or red.

d. One of the breasts feels heavy.

e. An aching or burning sensation in the breast.

f. One can clearly see that one breast is bigger than the other.

g. The lymph nodes above one’s collarbone and/or under one’s arm are swollen.

How Fast Can Breast Cancer Spread? 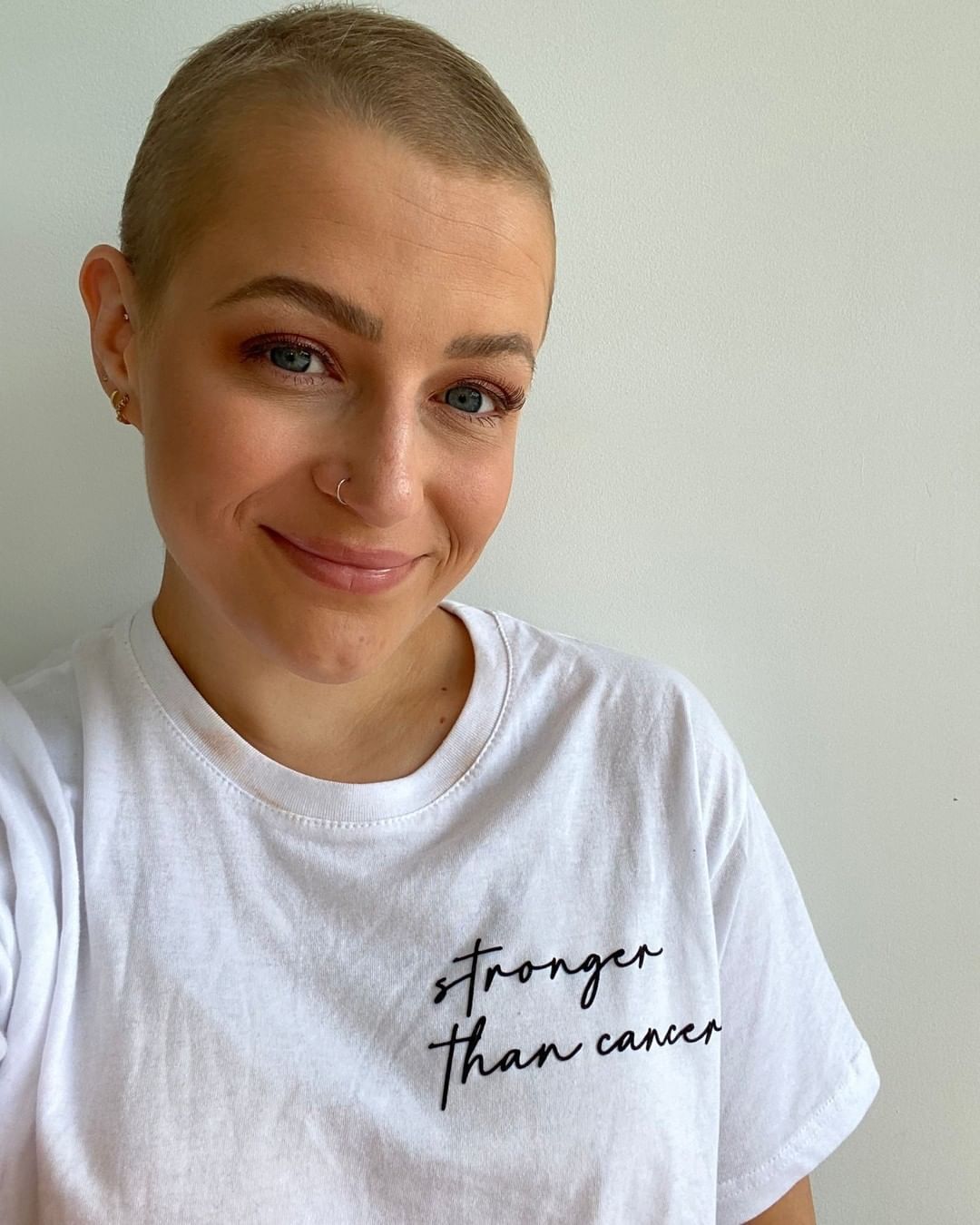 Smiling woman with breast cancer in white T-shirt, with the words ‘stronger than cancer’ in black cursive writing

Cancers normally progress through cell division, according to the Robert W. Franz Cancer Center in Oregon.

Everything starts with one malignant cell dividing itself into two and so on.

In the case of breast cancer, the cancer cells need “to divide 30 times before it can be felt.” If using only one’s hand, one cannot detect anything “up to the 28th cell division.” Each cell division gets completed in “one to two months.”

So, the cancer center said it’s possible that by the time a person discovers a lump on the breast through touching, that person may already have the cancer “for two to five years.”

How big can a breast tumor get before it can be felt?

“Usually, a little more than one-half inch in size,” said the cancer center.

The American Society of Clinical Oncology recommends the following treatments for breast cancer:

For surgery, there’s lumpectomy (removing the cancer from the breast). The lymph nodes can also be removed (axillary lymph node dissection or sentinel lymph node biopsy) or one or both breasts (mastectomy). 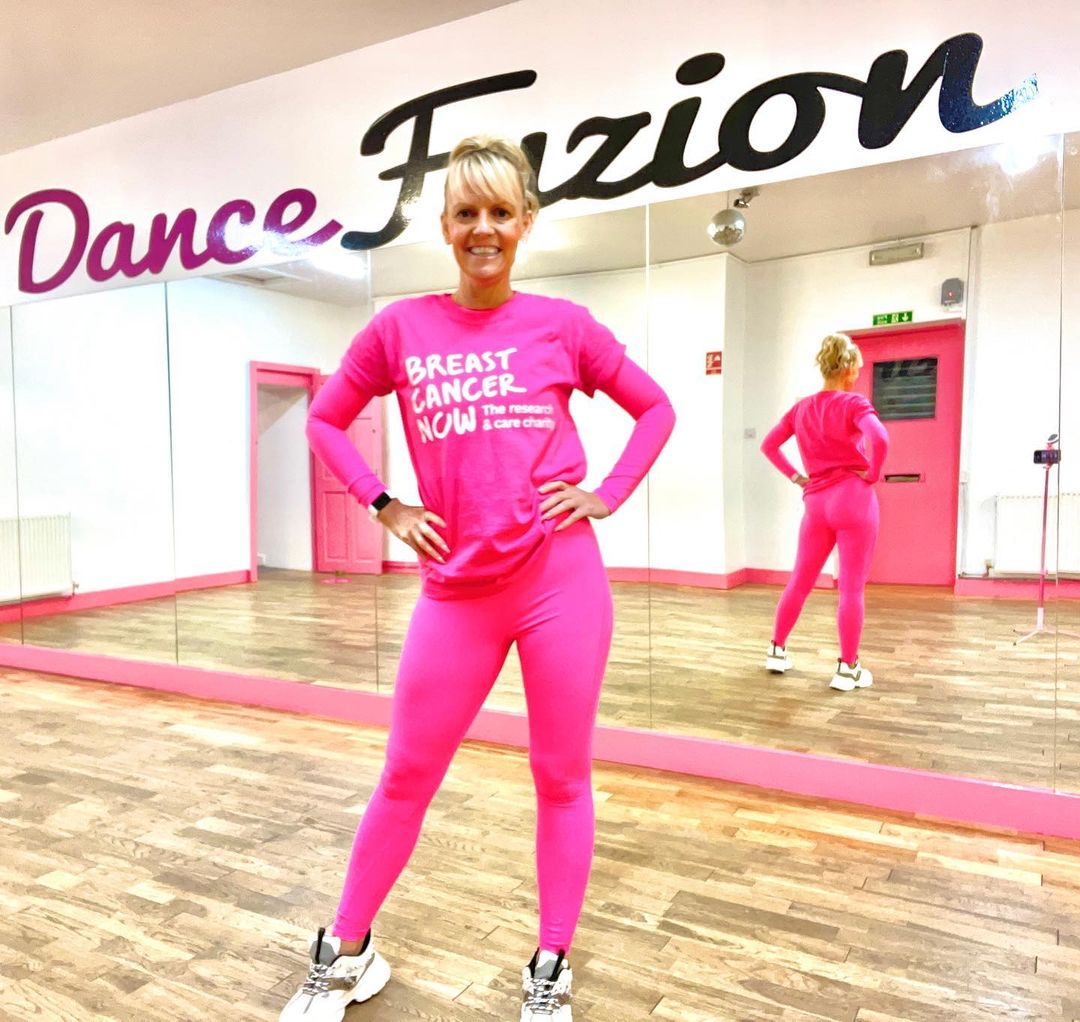 The world observes the Breast Cancer Awareness month every October and the National Mammography Day on the same month (third Friday).

In the U.K., Breast Cancer Now organizes an annual fundraising event dubbed “Wear It Pink Day” every October. The year 2021 marks the charity’s 20th year of holding this event, with “£36 million raised to date,” according to its website.

The money raised goes to the Institute of Cancer Research in London to fund breast cancer therapy, research, and other related affairs. 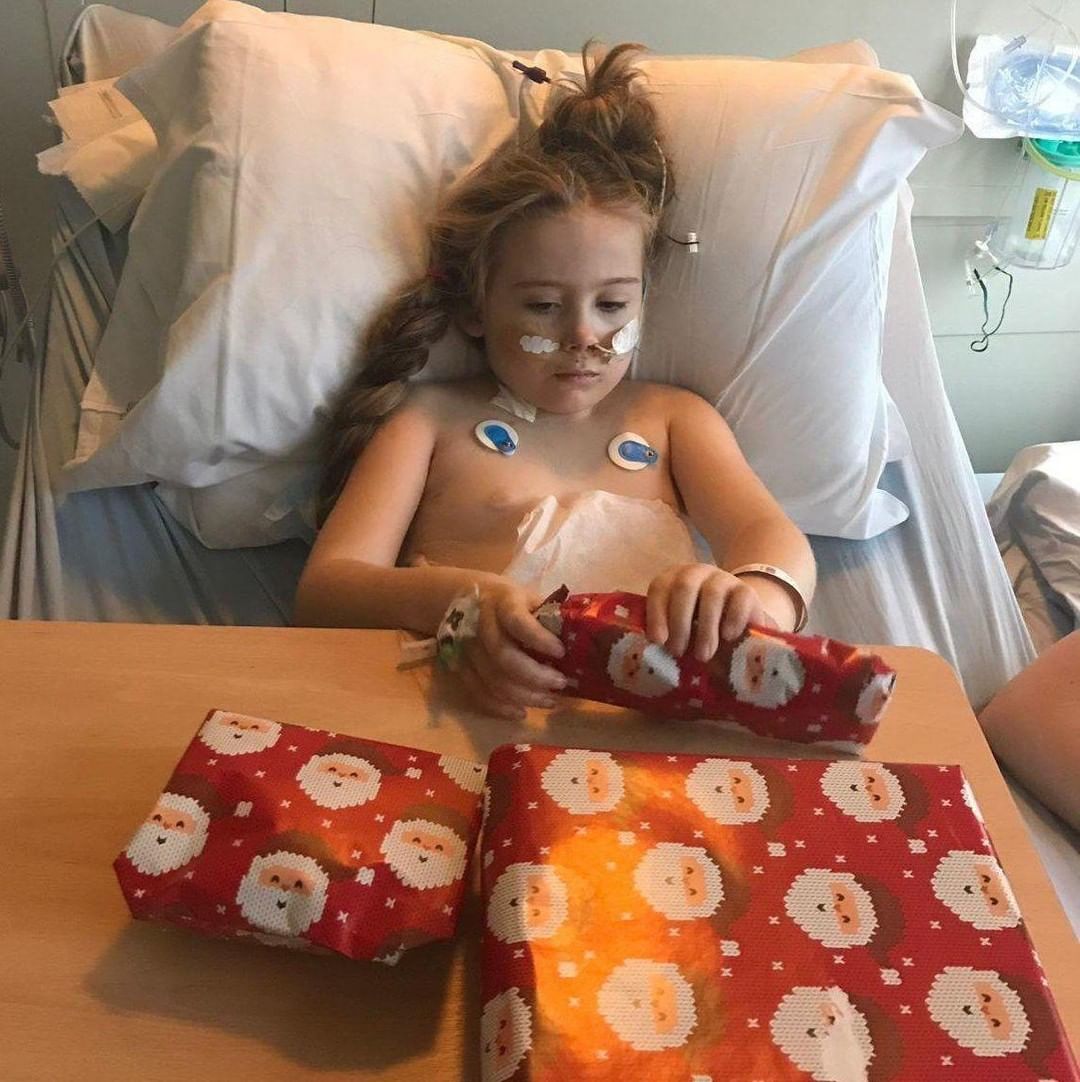 Seeking a cancer therapy treatment involves a long and tedious search for tons of questions.

For Kang, he told The Daily Princetonian that he primarily wants to know why metastasis occurs in some cancer patients.

Then, he intends to find answers on why metastatic cancer or Stage IV cancer is “so difficult to treat.”

The cancer research community as well as cancer patients would likely be looking forward to the cancer therapy that Kang and his team at Princeton will hopefully present soon.