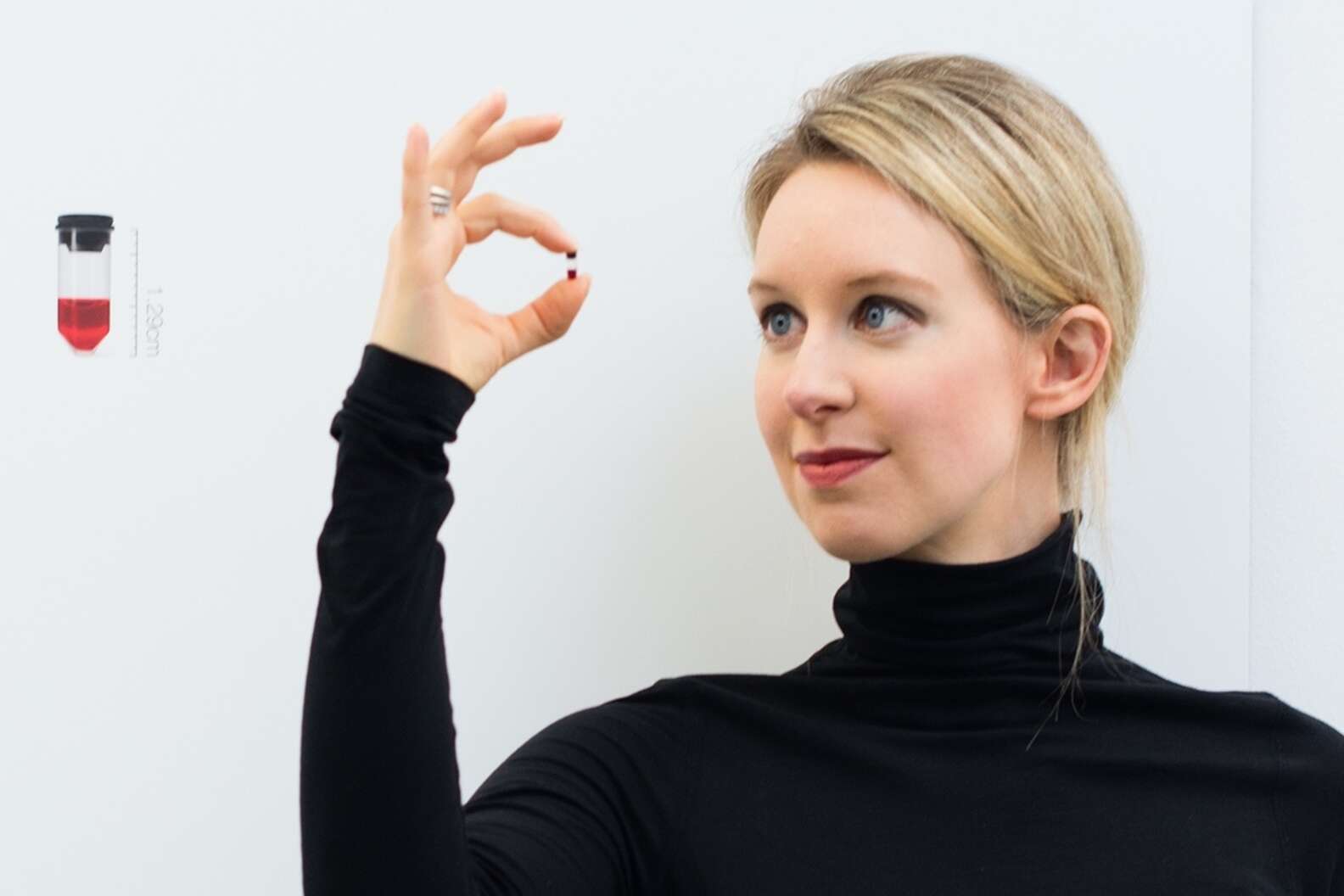 There are a slew of reasons why signing up for an HBO Max account is a smart decision, particularly in 2021. While the library of movies, all those original series, and even soothing and transfixing programs like A World of Calm are all compelling reasons to subscribe to HBO Max, the documentaries on the supercharged version of the premium cable channel are among the finest available today.

There's a seemingly infinite number of excellent films at your fingertips with HBO Max, from emotional and instructive documentaries like Won't You Be My Neighbor to the terse and downright frightening classic works of documentary filmmaking like Harlan County, USA.

The following is a list of the greatest documentaries that the streaming service has to offer, although it should be noted that this does not include all of the excellent docuseries that the streamer has released since its 2020 debut (though they are all worth checking out).

Fred Rogers, the kind, compassionate, and empathic presenter of the iconic children's show Mister Rogers Neighborhood, is the subject of the 2018 documentary Won't You Be My Neighbor.

Morgan Neville's Won't You Be My Neighbor is a film that opens your heart and eyes to the influence of one of the most important television hosts of all time. It follows Rogers through the ups and downs of his career, as recounted by the people he benefited the most.

The Diamond Princess cruise ship became the first significant COVID-19 outbreak outside of Wuhan, China, in February 2020, when at least 712 of the ship's 3,711 passengers and staff tested positive for the virus.

The Last Trip, a 2021 documentary based on video captured by passengers (locked in their cabins) and staff (forced to live in tight quarters and go about their daily routines) onboard the ship during the prolonged quarantine, depicts life on the cruise from hell in great detail.

Harlan County, USA, an Academy Award-winning documentary by Barbara Kopple, follows a group of 200 coal miners in rural Kentucky for a year as they strike for better working conditions for themselves and their families.

Kopple's "fly on the wall" style of documentary filming is stirring and real, genuine and honest, if not a little disturbing, particularly when one of the miners is shot and killed during one of the numerous scuffles shown throughout.

Sandra Bland existed before George Floyd's killing would cause millions to go to the streets. The film's directors, David Heilbroner and Kate Davis recount the tale of a 28-year-old black woman who reportedly committed herself after spending a few days in jail.

Her offense was talking back to a police officer after being pulled over for an unlawful lane change, and she was charged with assault. It would put her life in jeopardy. The film investigates her case, focusing on Texas Department of Public Safety trooper Brian Encinia and his role in it.

It also delves into the tangles of the sloppy case, such as the prison guard who was meant to conduct hourly check-ins but was subsequently discovered to have falsified the paperwork.

Despite the fact that asphyxiation was the official cause of death, an independent coroner informed the Bland family that the police department was to blame, stating, "Someone's spirit may be shattered in a short period of time." It all adds to the suspicion surrounding Bland's death, with Heilbroner and Davis setting out the facts in this racial justice documentary so you may judge for yourself.

Nora Ephron's name is associated with some of the most well-known films of all time, including Sleepless in Seattle, You've Got Mail, and Julie & Julia. Ephron, who died of leukemia in 2012, was a triple threat who worked as a journalist, screenwriter, and director while also being the son of two famous screenwriters.

Her film's title is a play on the famous family adage "Everything is Copy," and it's made even more extraordinary by the fact that it was written and filmed by Ephron's son, Jacob Bernstein, and co-director Nick Hooker.

As a result, the film is able to provide a far more personal, intimate connection with its subject, which is wonderfully translated to the screen utilizing resources such as home films and archive material. Learn how Ephron influenced the careers of Hollywood's greatest talents, including Tom Hanks, Meryl Streep, Steven Spielberg, and Meg Ryan, via conversations with big-name actors.

The Best Documentaries On Hbo Max 2021

Let's be honest about it. Isn't it true that we all like documentaries? We're all fascinated by some bizarre tale about a big tech company's demise or a behind-the-scenes look at a well-known public person.

Maybe you're interested in the tale of a once-obscure summer music event or the crazy intelligence of a deep marine monster. Whatever it is, we humans are enthralled by true drama. So we went through our streaming library and compiled a list. We've compiled a list of the finest feature-length and series documentaries we saw in 2021, which you can find on HBO Max, Netflix, Hulu, and other streaming services.

The pleasure of triumph and the anguish of loss are all there in this documentary, only the sport is the 1999 Scripps National Spelling Bee, and the participants are junior high students from around the country who converge on Washington, D.C. On TV, The Spelling Bee seems to be unusual entertainment, with extremely clever and shy youngsters agonizing over how to spell tough words.

As depicted in "Spellbound," this cross-section of millennium-era youth compete for scholarships, bragging rights, and fame, while the reality reveals a subculture of expected performance and pressure from parents and teachers.

Nanook Of The North

Many film historians consider "Nanook of the North" to be the first contemporary, full-length narrative documentary. It astonished viewers in the early 1920s, bringing them to places and profiling people they would never have seen or met otherwise, showing the power and promise of cinema in its infancy.

This documentary is a silent film with written intertitles that shows the day-to-day life of the Inuit people of the Ungava Peninsula off the east coast of Canada, concentrating on traditional aspects.

The story follows a guy called Allakariallak, also known as Nanook, and his family as they travel across rivers, ice floes, and tundra in quest of prey. They go by boat and dog sled and show how to construct an igloo.

Some sequences were manufactured for the purpose of the film, but this just adds to the argument about what a documentary is, particularly at a time when the genre was still evolving.

The Mystery Of D.B. Cooper

Over Thanksgiving in 1971, a guy known as D.B. Cooper hijacked an aircraft in the Pacific Northwest and parachuted out of the plane into the wilderness below with his desired financial windfall in hand. Cooper was never apprehended, and his whereabouts and fate are unknown.

There have been many documentaries and TV crime programs on D.B. Cooper since then, but HBO Max's "The Mystery of D.B. Cooper" focuses on the figure's mythology and how stories develop, disseminate, and change through time.

Interviews with many different people with progressively hazy memories of people who came into their lives long ago folks they're all convinced we’re D.B. Cooper are at the heart of the film.

"Fake Famous" follows a staged sociological experiment that demonstrates just how easy it is to manipulate sites like Instagram and Twitter to one's own advantage, duping countless others in the process. It's a wry and sideways but thorough and devastating look at the role social media plays in the lives of 21st-century young adults.

Filmmakers locate three brilliant but little-known, fame-hungry performers and use things that other famous people have done to make them famous, such as buying followers and fabricating pictures to get credibility and sponsors. The most astonishing aspect of it all is that it really works.

The title of this HBO Max Original is a not-so-joking moniker for Action Park, a suburban New Jersey amusement park that was marketed to thrill-seeking teenagers in the 1970s and 1980s.

Almost all of the attractions at Action Park (also known as "Traction Park") seemed to be badly or hastily built and hazardous. In this film, now-famous people who grew up going to Action Park and escaped relatively unscathed reminisce with still perplexed employees.

This film, a dark and disturbing look at the evil that may be hiding next door, started as an accident. Andrew Jarecki, a budding filmmaker, began by producing a documentary short on experienced New York area birthday party performers, especially a clown called Silly Billy, David Friedman's crazy character.

Jarecki went a bit further after getting the video he needed and discovered that Friedman's brother and father had pled guilty to and been sentenced to jail for some very terrible acts.

Jarecki produced "Capturing the Friedmans," a documentary exposing the family's legal problems and dark secrets, as well as the long-term harm they inflicted, using interviews and footage from the Friedmans' own old home videos.

Filmmakers follow two preternaturally gifted (and determined to achieve) basketball players from an inner-city Chicago housing complex. In many respects, the chances and the system are stacked against them as they try to advance to the next level.

Both William Gates and Arthur Agee, like many other young men, want to break free from the poverty and criminality that plague their daily lives via athletics, where success is a long shot at best.