Astrocyte - What Role It Can Play In Intellectual Disability 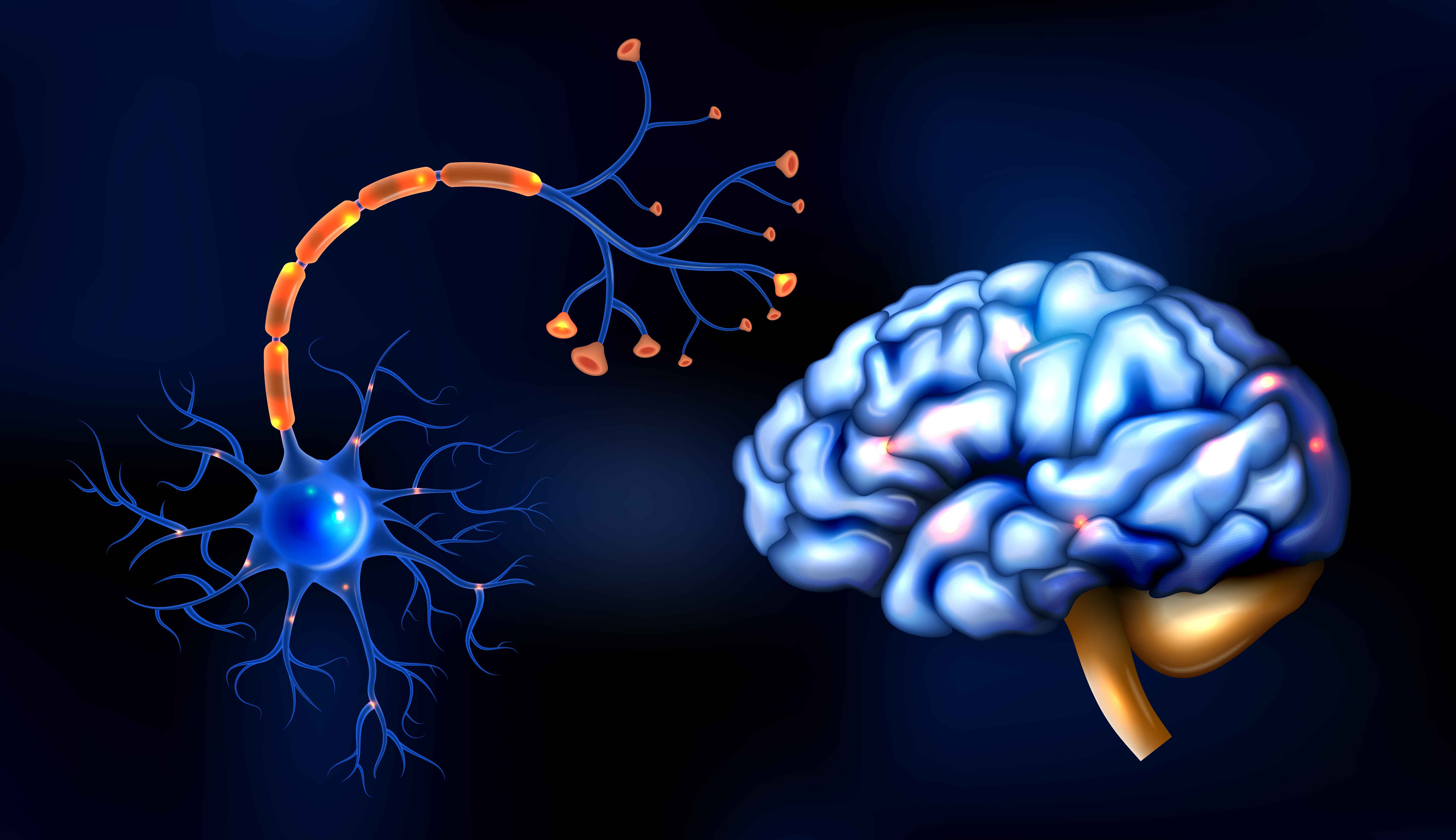 Intellectual disability is a form of neurodevelopmental illness caused by a malfunction in the nervous system.

Its occurrence is strongly linked to neurological development. Astrocytes are the most abundant cells in the mammalian brain.

Research has shown that astrocytes only support and separate neurons in the brain. They also play a vital function in brain development.

What Is Intellectual Disability?

Intellectual disability is a neurodevelopmental condition that causes severe impairments in intellectual and adaptive functioning.

It is characterized by an IQ of less than 70 and deficiencies in two or more adaptive behaviors that influence daily public life.

Syndromic intellectual impairments include Down syndrome and Fragile X syndrome.

About 2 to 3% of the population is affected by intellectual impairment.

Approximately 75 to 90% of those afflicted have a minor intellectual handicap. 30 to 50% of these instances are non-syndromic or idiopathic.

A genetic issue causes around a quarter of cases, and about 5% of patients are inherited from one's parents. As of 2013, over 95 million individuals were affected by cases of unclear etiology.

Intellectual disability is caused by many factors, which can be divided into genetic and environmental.

Astrocytes are closely associated with the development of neurons and may play an important role in intellectual disability.

When the nervous system is harmed or pathological changes occur, astrocytes react by releasing numerous chemicals within and outside the cells, resulting in haemostatic, morphological, and functional alterations.

These modifications will cause an inflammatory response that will disrupt central nervous system homeostasis by limiting normal neuron development or death.

The inflammatory response was also detected in a Down's syndrome mouse model.

In addition to the inflammatory response, astrocytes have many effects on neuronal ion homeostasis in various intellectual disability-related diseases.

In the tuberous sclerosis model, the expression of K+ channels and other ion channels is reduced, which will decrease their ability to buffer potassium.

A series of changes will eventually result in the overexcitation of neurons, leading to a tuberous sclerosis complex.

Astrocyte ion channels, such as the K+ channel, BEST-1, and hemichannels, contribute to neurodevelopmental disability and intellectual disability.

The expression of glutamate transporters such as GLAST and GLAST also decreased in the tuberous sclerosis model.

In the Rett syndrome model, the metabotropic glutamate receptor 5 expressions and Ca2+ response were decreased, weakening the expression of neuron-dependent GLT1 and eventually reducing the neuronal glutamate uptake.

Some studies on disease models have found that reactive astrocytes can protect neurons against central nervous system damage.

Reduced brain-derived neurotrophic factor in astrocytes may be one mechanism contributing to aberrant neuronal development in the Rett syndrome model.

The number of calcium-binding presynaptic proteins, synaptophysins, and postsynaptic scaffold proteins, PSD95, located at the neuronal synapses is reduced due to coculture.

A crucial secretory protein that aids in controlling spinal growth and synaptic formation is thrombospondin-1 (TSP-1).

A pregnancy-related infection will also influence the development of astrocytes and neurons, leading to intellectual disability and, ultimately, neurodegenerative disorders.

The increased serotonin receptor sensitivity in the offspring of pregnant rats raises the risk of neurological disorders.

Ethanol may decrease serotonin in the mouse brain and lead to intellectual disability.

Experiments involving in vitro exposure to lead indicate that Pb may activate astrocytes, stimulate the production of inflammatory factors, and induce an inflammatory response.

It may also cause oxidative stress in astrocytes and inhibit the astrocyte cell cycle.

There have been five ways of intellectual disability management: physical, training, psychological, nutritional, and medication treatment.

Medications containing cetam may counteract the impact of scopolamine on glucose utilization in the cerebral cortex.

After therapy with piracetam, mitochondrial ATP generation and membrane potential were increased in an Alzheimer's disease model, which decreased apoptosis and promoted neural plasticity.

Studies have shown that cetam medicines can both slow down the deactivation of the AMPA receptor and raise the calcium concentration in astrocytes.

Monosialotetrahexosylganglioside sodium (GMI) is an essential component of mammalian nerve cells and can partially prevent the abnormal release or reuptake of excitatory amino acid neurotransmitters such as glutamate; consequently, it can avoid excessive glutamate expression from causing damage to brain nerves and tissues.

Vitamin B12 was required for nerve growth. Increased reactive astrocytes were seen in the grey matter of rats low in vitamin B, with microglial oedema and myelinolytic lesions.

Based on your child's IQ and level of social adjustment, intellectual impairment is classified into four stages.

Your kid may experience some of the following symptoms if they have moderate ID:

Among the symptoms of severe ID are:

Your kid must have below-average intellectual and adaptive abilities to be diagnosed with an intellectual disability.

Your child's doctor will conduct a three-part assessment, which will include standard exams, discussions with you, observations of your kid,

Standard intelligence tests, such as the Stanford-Binet Intelligence Test, will be administered to your kid. This will assist the doctor in determining your child's IQ.

The doctor may administer other tests, such as the Vineland Adaptive Behavior Scales.

This exam compares your child's daily living skills and social talents to those of other youngsters their age.

It is important to note that children from various cultures and socioeconomic backgrounds may perform differently on these examinations.

Your kid's doctor will evaluate the test findings, discussions with you, and observations of your child when making a diagnosis.

In addition, laboratory and imaging studies may be conducted. These may aid your child's doctor in detecting metabolic and genetic diseases and structural issues with their brain.

Other issues that might cause delayed development include hearing loss, cognitive impairments, neurological abnormalities, and emotional problems.

Before diagnosing your kid with ID, your child's doctor should rule out these disorders.

You will use the findings of these tests and assessments of the child's school and your doctor to establish a treatment and education plan for your kid.

What Are The 4 Levels Of Intellectual Disability?

What Are The Most Common Intellectual Disabilities?

The Top 5 Types of Intellectual Disabilities

What Are Three Signs Of Intellectual Disability?

What Is Considered An Intellectual Disability?

Intellectual disability (or ID) is a term used to describe a person with difficulties in cognitive functioning and abilities such as communication, social, and self-care.

Because of these constraints, a kid may grow and learn more slowly or differently than a normally developing youngster.

In recent years, astrocytes' involvement in cerebral development has been steadily uncovered via in-depth study.

Their alterations are also intimately linked to the onset and course of several neurological disorders.

The etiology of intellectual disability is complex, and many of its processes remain unknown.

To treat intellectual disability-related disorders, a few effective drugs have been supplied for functional alterations of astrocytes under pathological situations.

This indicates that astrocytes' morphological and functional modifications may be a fundamental mechanism behind these illnesses.

Dissecting the contribution of diverse astrocyte subtypes to disorders associated with intellectual disability might give a viable treatment strategy and assist these individuals.

Consequently, medicines that block astrocyte lesions may emerge as a novel and effective therapy for intellectual disability in the future.