Adnan Syed Is Finally Free After 22 Years Behind Bars 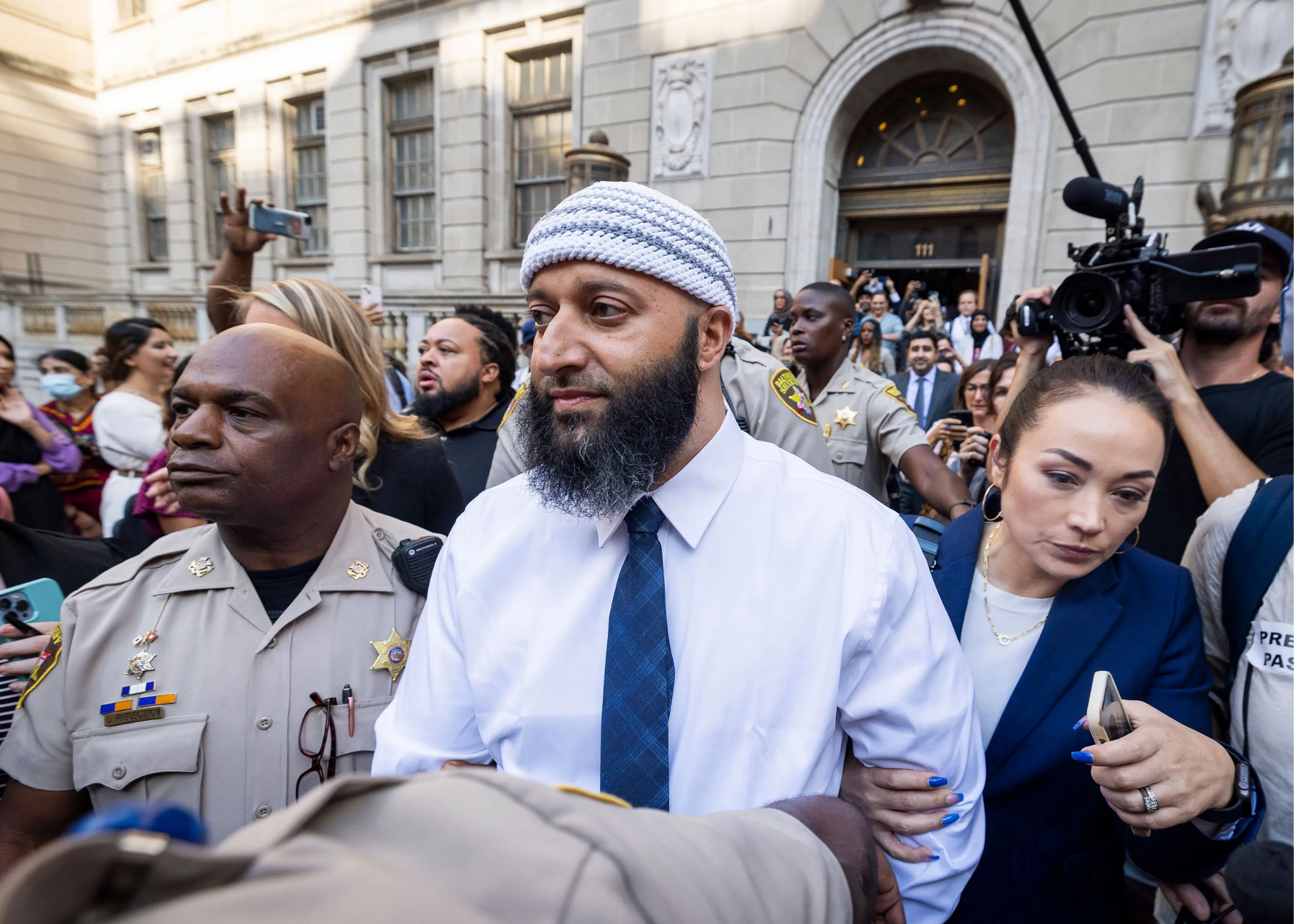 Adnan Syed is finally free after 22 years behind bars. On Monday, September 19, a judge in Baltimore, Maryland, named Melissa Phinn, ruled that the now-41-year-old man could go free after prosecutors asked for his sentence to be overturned. The report says that when the judge made her decision, people in the courtroom cheered.

Syed, who has a full beard, showed up in court sporting a traditional Muslim skullcap, a dark tie, and a long-sleeved white dress shirt. Last week, prosecutors asked for Syed's conviction to be overturned because new evidence had come to light that had never been shared with his defense team.

Lee's death was also never ruled out as the work of two other people. The judge said that the state had compromised its Brady obligation, which is a legal rule that says evidence that helps the defense must be given to the court to make sure that the trial is fair.

The judge ruled that Syed should serve his time under GPS home detention. A sea of cameras, reporters, and cheering supporters met Syed as he was escorted from the courthouse and into a waiting car. The state must decide within the next 30 days whether to request a new trial date or to drop the charges. Syed was just 17 years old when he was convicted of murder in the death of Lee.

When Syed left the courtroom, Baltimore City State's Attorney Marilyn Mosby was applauding the judge's decision. To the reporters, she remarked: "We're not yet declaring Adnan Syed's innocence. We are declaring that, in the interest of fairness and justice, he is entitled to a new trial."

Many of the comments show compassion for Syed because he was 17 years old when he was jailed and is now a man aged 41 with a full bear.

"I'm Adnan's age and am just so upset thinking about everything he's missed out on. Going to college, starting his career, traveling, marriage, kids.....just awful."

One user felt so proud of how Sye'd endured after 22 years behind bars. The comment reads:

"Hell yeah you did!! And you looked gorgeous doing it! I wish I could have seen your face the moment the judge spoke!! I’m so happy for you, Rabia. I’m proud to know you and thrilled to get to watch you experience this incredible victory! Give him all of the hugs and kisses!! "

Carrir Brown voiced her speculations regarding Syed's case in a comment that reads: "This is where I'm stuck. Do they think Jay did it and blamed it on Adnan or that it was some kind of police conspiracy after the police located the vehicle/body? "

Laurie, a moviegoer who watched the documentary video entitled "The Case Against Adnan Syed," stated in a comment:

"I'm so happy for all of you!! Like many I've listened to the podcasts and watched the Netflix documentary, and everyone knew Adnan Syed was innocent! Thank you!! #AdnanIsFree

Many of the Twitter users were happy with the news about Syed's release from prison. On the other hand, Lee's brother, Young Lee, cried through the entirety of his virtual court appearance on Monday as he questioned how this unexpected turn of events came about.