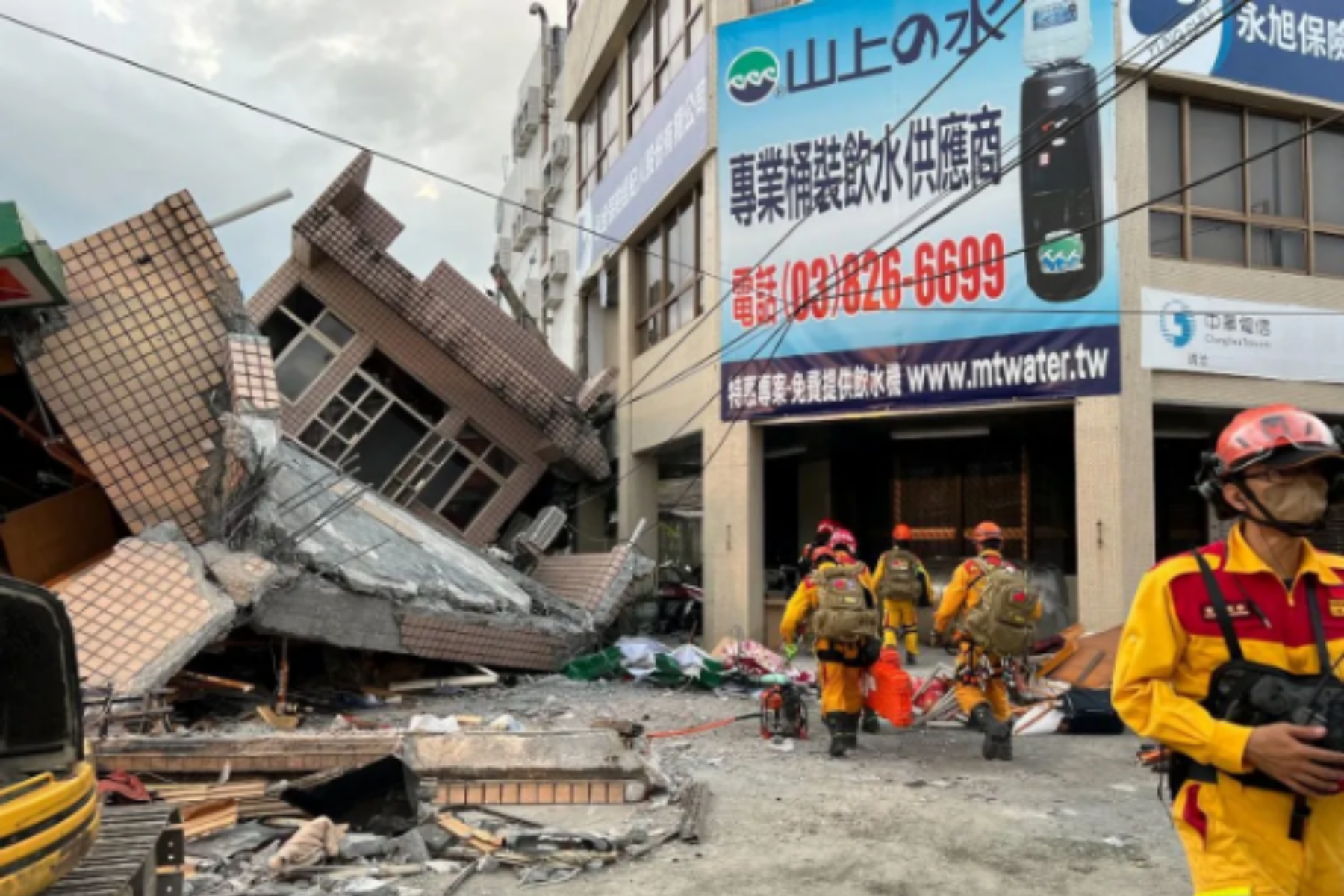 TAIPEI, Taiwan - A strong earthquake strikes southeastern Taiwan on Sunday, September 18, as per the island's weather bureau. The quake caused train carriages to derail, caused a convenience store to collapse, and caused hundreds of people to become stranded on mountain roads.

As per the weather bureau, the epicenter was located in Taitung county. This quake came after a 6.4 magnitude tremor that occurred on Saturday evening in the same region, however, it did not result in any fatalities.

The Earthquake's Death And Destruction For Local Residents

The earthquake that occurred on Sunday was recorded as having a magnitude of 7.2 and a depth of 10 kilometers by the United States Geological Survey (six miles). The fire department in Taiwan said that one person had died and 146 others were injured as a result of the earthquake.

In Yuli, all four individuals who were trapped inside a structure that had collapsed were rescued, while three persons whose vehicles had fallen off of a damaged bridge were also rescued and sent to the hospital.

Based on the Taiwan Railways Administration, six cars came off the rails at the Dongli station in eastern Taiwan when part of the platform canopy collapsed. However, the fire department reported that there were no injuries as a result of the incident.

The department reported that there were no injuries and that rescue workers were working to reopen the roads, but that this did not prevent more than 600 people from becoming trapped in the scenic mountain areas of Chike and Liushishi.

Following the earthquake, the United States Pacific Tsunami Warning Center issued a warning for Taiwan, but they later canceled the warning.

The tsunami warning that had been issued by the Japanese weather agency for a section of Okinawa prefecture has been removed.

Taiwan, As An Earthquake Epicenter, Is Now Vulnerable

As reported by the meteorology agency, the earthquake was able to be felt all over Taiwan. A number of buildings in Taiwan's capital, Taipei, trembled for a few seconds during the earthquake, and the island is still being shaken by aftershocks.

Science parks in the cities of Tainan and Kaohsiung in the south of Taiwan, which are home to large semiconductor companies, have reported that operations have not been affected.

The largest contract chipmaker in the world, Taiwan Semiconductor Manufacturing Co. (TSMC), stated that there was "no known significant impact for now."

As a result of its location close to the boundary between two tectonic plates, Taiwan is prone to earthquakes.