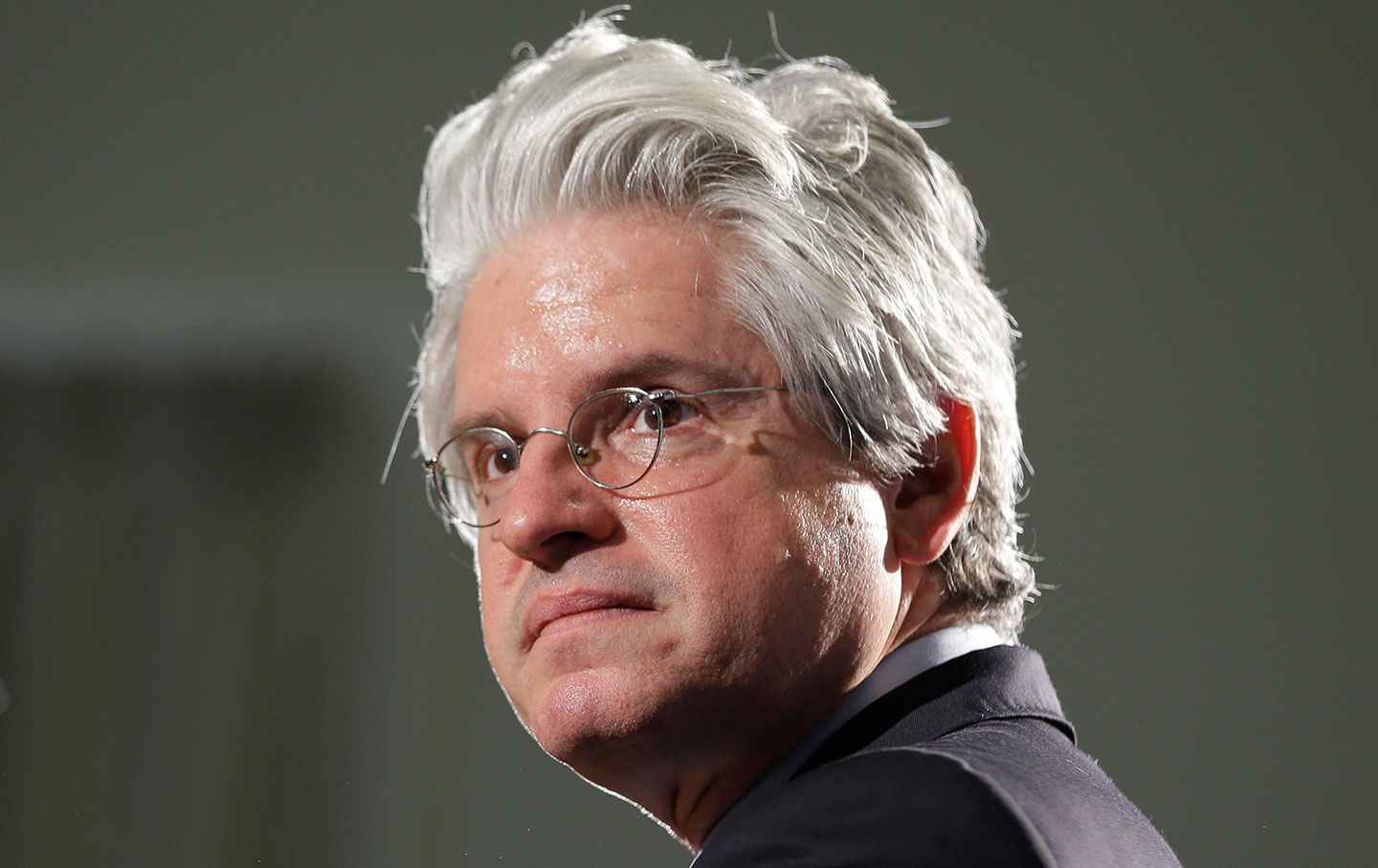 In 1993, reporter David Brock set the stage for the president's current legal problems by revealing Bill Clinton's alleged sexual escapades while he was governor of Arkansas, in a story published in the conservative magazine The American Spectator. Now, Brock says he's sorry.

In a public letter to the president, published in the April issue of Esquire magazine, Brock, now a freelance journalist, wrote, "I wasn't hot for this story in the interest of the good government or serious journalism. I wanted to pop you right between the eyes."

The exposé was based largely on interviews with Arkansas state troopers. Brock now calls the story politically motivated "bad journalism."

"Bill Clinton, as a successful Democratic president, was, I think, very frustrating to a lot of conservatives, myself included," Brock said in an interview with CNN Tuesday. "The more he's succeeded, I think we've seen a culture build up on the right that has been willing to do anything, including trying to destroy him personally, to win. And I think that was part of what Troopergate was all about."

If not for the article, which said the state troopers had arranged sexual liaisons for then-Gov. Clinton, no one ever may have heard of Paula Jones, who filed a lawsuit alleging that Clinton exposed himself to her and asked for oral sex in May 1991.

Jones explained in a 1994 statement to the media, "There it was in writing in a national magazine, my good name was called into question." Brock's story referred to a woman known only as "Paula" with whom Clinton allegedly had an untoward meeting in a hotel room.

Jones later came forward and identified herself publicly and filed the sexual harassment suit against Clinton.

In 1993, Brock vigorously defended his story. "The abuse of power aspect of it is really what justifies talking about what is really private sexual behavior," Brock explained.

He now says he regrets hurting the president, and says he was used by Clinton's enemies.

Reporter Tipped Off By GOP Contributor

In his letter of apology, Brock said he was tipped off to the story by a major contributor to GOPAC, a conservative political action committee founded by Republican House Speaker Newt Gingrich. The donor put Brock in touch with Cliff Jackson, a longtime Clinton critic in Arkansas who steered him to the troopers he eventually interviewed. Brock did not identify the financial backer.

The state troopers, who served as Clinton's bodyguards when he was Arkansas governor, told Brock they arranged sexual liaisons for Clinton, including one with a woman named "Paula."

Brock wrote in Esquire, "The troopers were greedy and had slimy motives."

In Tuesday's interview, however, Brock said he could not say specifically what information from the troopers may have been false. "I'm saying that story was bad journalism, that I don't stand by the story any more," Brock said. "I can't point to anything specific ... [that] might be wrong."

He said he came to realize the troopers were upset with Clinton for having failed to share with them the spoils of his electoral victory. They also expected money in exchange for their story.

"I think what's changed is that the troopers have made ... several public statements that are on their face, I think, incredible and don't have a lot of merit. And so that's given me cause for concern for their original credibility in what they told me."

Brock said in the letter he was as sure of the story when he wrote it as any journalist can be, but in the years since then, the troopers greatly damaged their credibility.

Sex Is Your Achilles' Heel

Brock's letter is the latest in his political about-face. Once one of the president's harshest critics, Brock shocked his conservative allies when he wrote a remarkably positive book on first lady Hillary Rodham Clinton. He reveled in the role of conservative heretic.

Brock doesn't say his old article was inaccurate. "After all," he wrote to the president, "sex is your Achilles' heel."

But, he adds, "If sexual witch hunts become the way to win in politics, if they become our politics altogether, we will destroy everyone in public life."

Brock told CNN the genesis of his open letter to the president was a conversation he had with his editor at Esquire when Clinton was being deposed in the Jones case, before the Lewinsky matter came into public view. He said he had come to the view that no sitting president should be forced to testify under oath about intimate details of his personal life, and Brock's editor asked him to write on the topic.

The White House welcomed Brock's apology as "an interesting correction of the record."

Brock's political transformation may also help his career. Once dismissed as a fringe writer with a right-wing agenda, he is working hard to win newfound respectability as a mainstream journalist.