Zide Door - A Church That Deals With Psychedelic Drugs 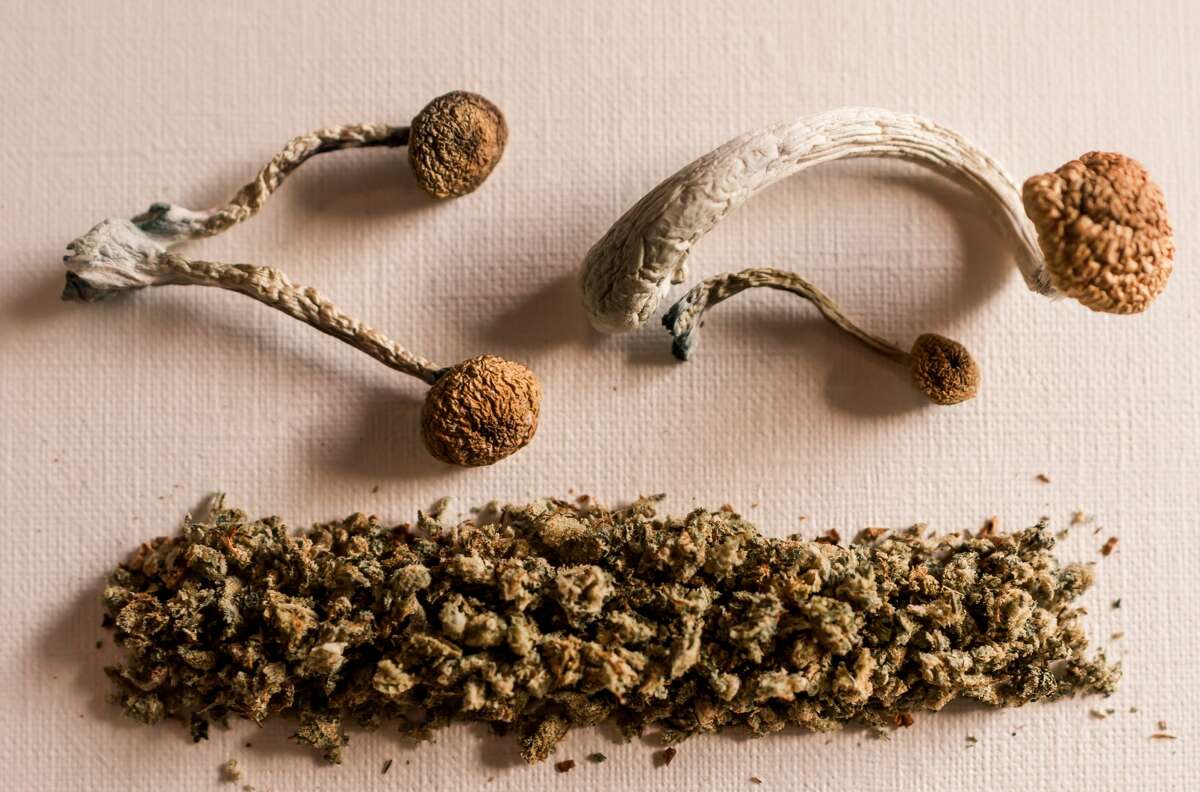 Zide Door is a church in Oakland supporting the safe access and use of entheogenic plants. They follow a nondenominational and interfaith religion.

So, Zide Door is a psychedelic church. But what's that?

The goal of psychedelic churches is to spread and protect the psychedelic religion, which is a set of beliefs that sees transcendental experiences brought on by sacred substances as a way to better understand the meaning of life and the situation of people on earth.

Consider this scenario: a man with a long beard and metal-framed glasses is puffing on a cigarette while dressed in a manner like that of the Pope but with a psychedelic twist.

His cloak is decorated with embroidered gold hemp leaves, and his stole is adorned with mushrooms. He is Dave Hodges, Zide Door's pastor.

Dave Hodges serves as the pastor, preacher, and founder of Zide Door. Hodges is quoted as saying, "Mushrooms are the origin of all religion."

A Place Of Worship And A Dispensary

The main entrance to the church is located on 10th Street, Oaklands and it is hidden from view by a row of palm trees with deeply rooted trunks.

The church's security guard is stocky and carries a gun. After passing through the guarded door, there is a metal detector, and then, after that, there is a tiny hall where the membership is checked.

We do have fairly strict security at the church, and this is an unfortunate issue with Oakland; We are in a very high-crime area, so the thing that keeps us and our members safe is having armed guards at the front door who are constantly watching for anything to happen.

After the membership verification process is done, the participants move into an open space with about five pews in a royal blue color that Hodges found on Craigslist.

There is a miniature stage with a pulpit that is decorated with candles in the colors red, yellow, and green.

There is also an old printout that is tattered and reads,

Sermon every Sunday @ 4:20. Free joints for all during the sermon (everyone must be smoking).

In the church, the music is played very loudly. However, instead of choir melodies, the room is vibrated by the music of performers such as Baby Keem and Kendrick Lamar.

Figurines of mushrooms with red caps are placed on the small stage. This gives the awkwardly staged room a sense of unity and makes it a good place for a psychedelic sermon.

This is the location where members would gather to celebrate with cannabis and listen to Hodges preach about the usage of entheogenic plants and safe access to them.

The mushrooms, which are the primary draw, are located in a room that is close to the area where the sermons are held and also functions as a dispensary.

On certain days of the week, a sizable poster offers a discount of twenty percent on sacraments and states, "20 percent off."

A storage shelf made of metal is crammed against a wall with black tubs containing mushrooms and cannabis.

The Zide Door is one of the places in the United States where people can buy mushrooms without being legally penalized or taxed, provided that they are granted membership, which is a process that consists of answering an online questionnaire.

One of the questions that will be asked is "Do you work for law enforcement or any government agency?"

As part of the spiritual onboarding process, members must also agree to the use of herbs that cause hallucinations. Dave Hodges said,

We’re very private and we want to make sure we know why you’re coming in and make sure that you believe in what we believe in,

The Theory Of The Religious Evolution

When all humans were omnivorous monkeys, humans used to wander the plains of Africa in search of food. This is where the Zide Door narrative begins.

It just so happens that magic mushrooms can be grown from the droppings of these animals in Africa.

If you were a hungry monkey and you came upon some mushrooms that looked delicious, what action would you take?

You'll probably give one a shot.

When you eat a small amount of magic mushrooms, you will notice a number of changes, the most noticeable of which are better vision and hearing.

You are able to see every leaf that moves, identify every plant that might be edible, and hear every sound that an animal is capable of making.

Any hunter might benefit tremendously from having this information at their disposal.

When consumed in great quantities, these mushrooms cause the viewer to experience extraordinary phenomena that can only be referred to as visions of the hereafter.

Putting it succinctly, the "Religious Evolution" theory proposes that magic mushrooms were the driving force behind the development of abstract human communication as well as the idea of religion in and of itself.

This is the cornerstone upon which Zide Door Church is built.

Where Does Cannabis Come Into Play?

The utilization of one's third eye is important to the religious practice of using cannabis. This is what Zide Door says.

"Every time I smoke, it’s as if there’s a giant inner eye that turns on me and shows me everything that is wrong with my life." That was the complaint made by a person who did not like cannabis.

This complaint provides the finest explanation for what happened.

It's possible that this is the simplest way to understand how complex cannabis can be used to get high.

Once one has learned how to concentrate their inner eye properly, cannabis enables one to use their inner eye to grasp life, the world, and the teachings that come from the spirits that communicate through mushrooms and other entheogens.

But what are entheogens? Are they legal? You might have a lot of questions. All are answered below.

What Is An Entheogenic Plant?

Entheogenic plants are plants and natural sources like mushrooms, cacti, and iboga that contain plants and/or extracted combinations of plants similar to ayahuasca. Entheogenic plants can only have the following kinds of compounds: indole amines, tryptamines, and phenethylamines.

The majority of entheogens, including mushrooms and peyote, are scheduled as Category I narcotics by the federal government, which means that possessing or using them is against the law.

If you are found to be in possession of them, the federal government may take everything you own while you are incarcerated for your crime.

What Religions Use Entheogens?

Entheogens are a big part of many religious movements in the world today, including the Rastafari movement. Some other religions allowed its use too:

Zide Door was considered a legal place to buy mushrooms and cannabis-related items. But in August 2020, police raided this place and said that Zide Door was illegal.

How Does Zide Door Work?

Zide Door is a psychedelic church that deals in the buying and selling of entheogens such as mushrooms and cannabis to follow old religious practices.

What Is Zide Door Review?

It has received mixed reviews. A user shared, "Love this place have the best meds I feel in Oakland and they have mushrooms. Will for surely go back here often." Another said, "The workers take way too long explaining mushrooms to customers."

In the early part of 2019, Hodges was able to add psychedelic mushrooms to its offerings after Oakland's City Council approved a resolution in June 2019 that effectively decriminalized mushrooms and other consciousness-altering plants like ayahuasca and peyote.