Zide Door Oakland - The Magic Mushroom Church In The U.S. 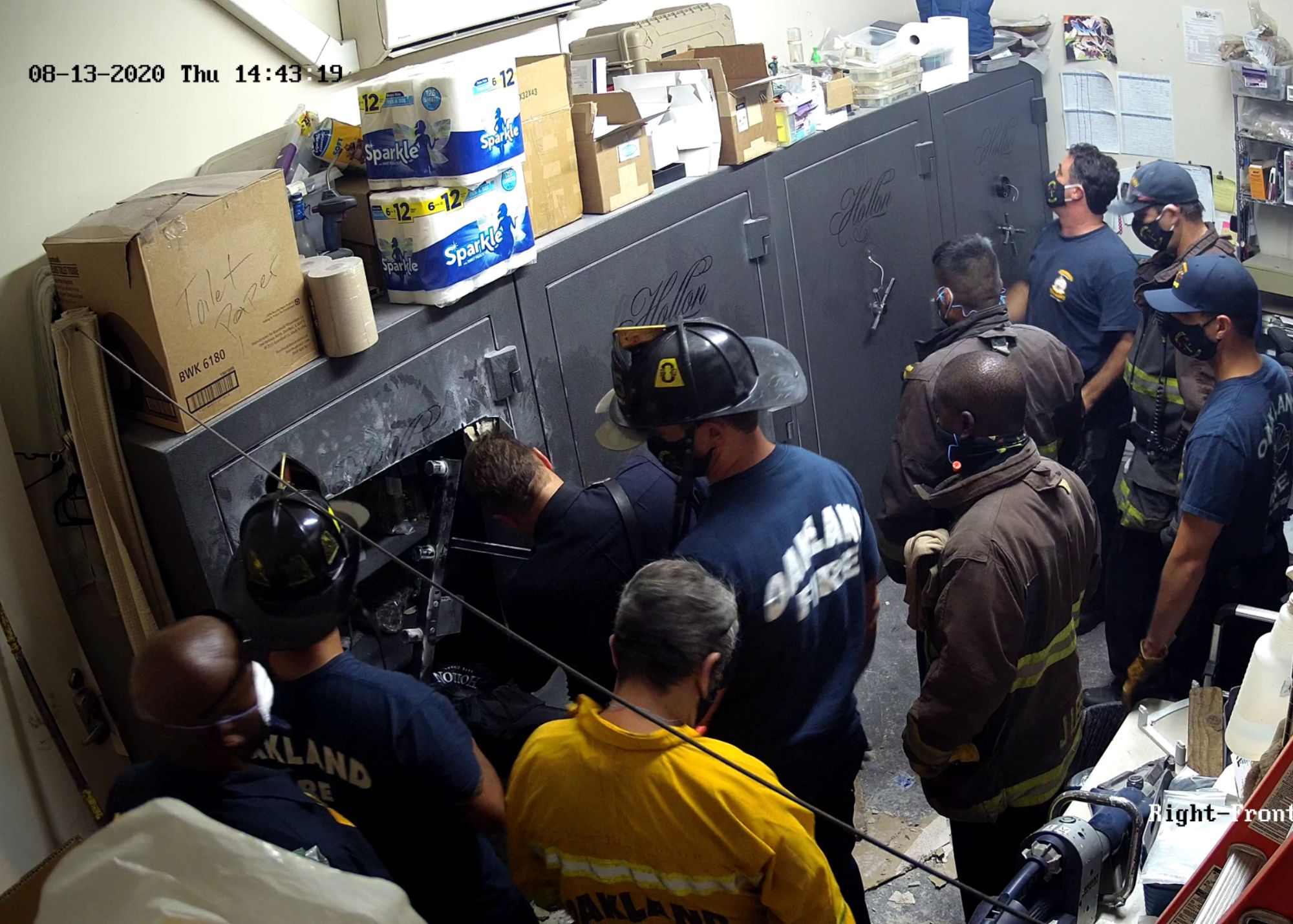 For some people, "taking drugs" is a method to get away from worries and escape problems, but for some, they become involved out of curiosity.

Yet others use drugs to feel better when they are sad or bored.

However, did you know that illegal drugs in Zide Door Oakland use this as a form of worship and express faith with one another?

Zide Door is an Oakland church that advocates for the legalization and use of entheogenic plants.

If you visit their official website, the mentioned church in Oakland follows a nondenominational, interfaith religion called The Church of Ambrosia.

The Church of Ambrosia is an interfaith, nondenominational religious group that supports the healthy use of all entheogenic plants, especially cannabis and magic mushrooms.

What do you feel about that? Surely, you must feel shocked and stunned by this news.

It is shocking because, if someone really loves pure worship and follows the high standard set in God's word, they shouldn't use mind-altering substances for pleasure that can harm their thinking and also their life. 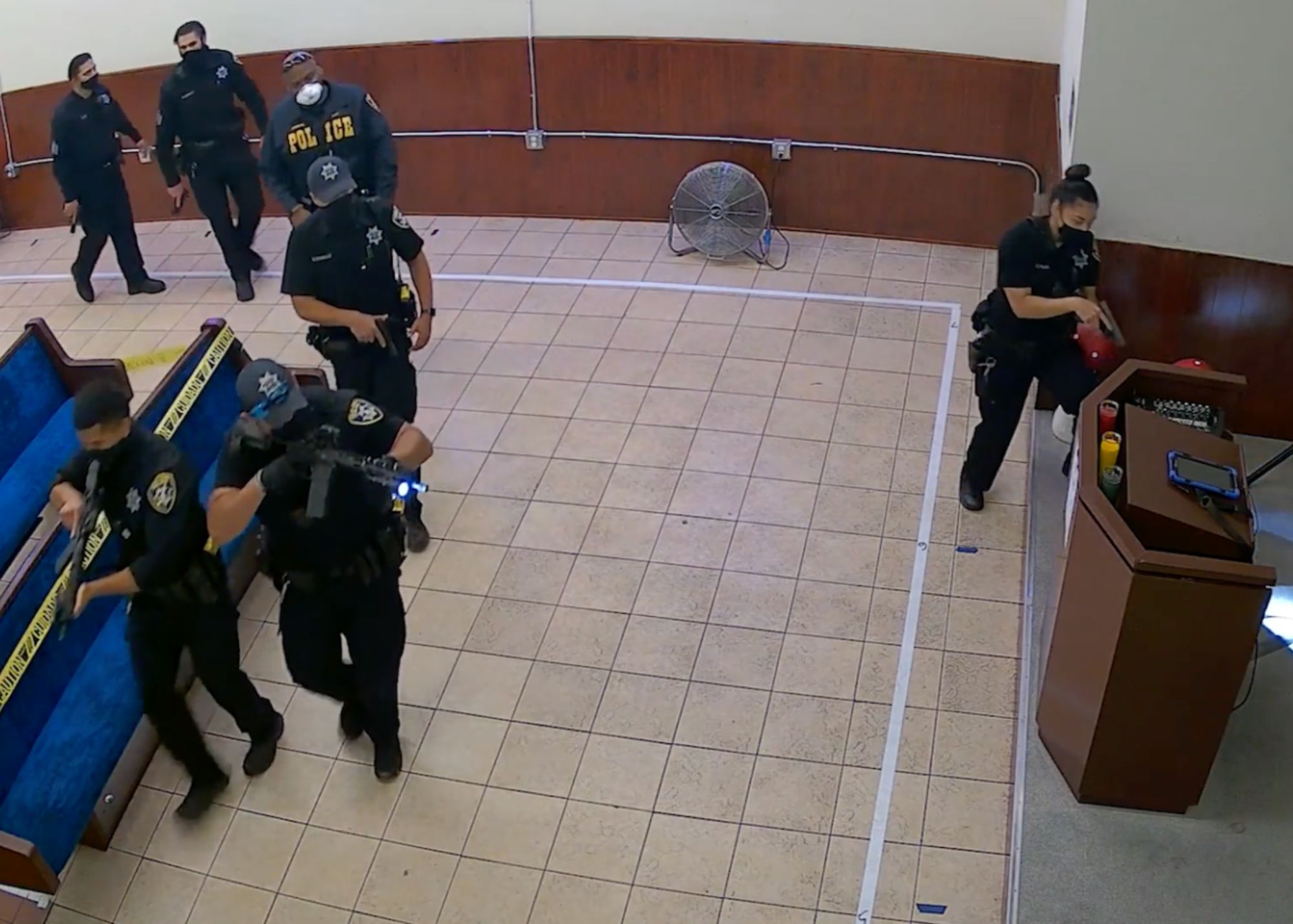 Dave Hodges is the leader of the unconventional church, where a congregation of up to one hundred people gets together every Sunday at 4:20 in the afternoon.

They meet and practice worship, then smoke.

They also listen to teachings delivered by Hodges in robes decorated with marijuana leaves.

Hodges expands on Terence McKenna's ideas by discussing mystical experiences he's had while high on mushrooms.

The Zide Door Oakland leader and founder takes up to 30 grams at once, which is 10 times the normal amount and enough to make even the most diehard atheist see heavenly beings.

The church has barely been around for a year, but it has already amassed a membership of 20,000 people who regularly attend services to hear Hodges speak.

The people in that church buy psychedelic mushrooms and cannabis from the church for personal use.

That is, until it was discovered by the Oakland Police Department.

The Cannabis Law Report put out a statement about the discovery of the Zide Door Prohibited Use of Cannabis and Psychedelic Mushrooms.

On August 13, more than a dozen police officers and firefighters used a jackhammer to break into the church's safe.

At the end of a series of undercover purchases that began in April and included a warning from cannabis enforcement officer John Romero, authorities seized 200,000 USD worth of cash, cannabis, and mushrooms.

In the report, it is said that the search warrant did not refer to mushrooms but rather labeled the church as a dispensary without the proper license.

The district attorney hasn't filed any charges yet, but Hodges is thinking about filing his own lawsuit.

In his eyes, the raid and the city of Oakland's decision to give less attention to enforcing laws against psychedelic mushrooms were both clear violations of his religious freedom.

We operate under a federal law, the Religious Freedom Restoration Act. That’s what allows ayahuasca and peyote churches that provide plants as part of their religion. We’re not different from that, that’s what we do.

"In addition to that, the part of our agreement with members when you join is that you own everything that is part of the church. When you’re a member, you are an owner. And under that scenario, how do we sell you anything that you already own?"

During the height of the pandemic and the statewide shelter-in-place order was issued, the church closed their cannabis smoking lounge, but the members continued to trade cash for mushrooms throughout the spring and summer.

Hodges documented the raid on Instagram, showing how they barged in, stole the church's money, and then contacted the fire department to break open the safe.

In one video, a firefighter seems to lose control of a tool as he cuts into a safe.

The tool flies into the face of someone else as unmasked police watch.

The video footage of this church raid below was presented by KPIX-TV, a San Francisco, California, television station that broadcasts CBS programs.

The Oakland Police Department (OPD) provided a statement to SFGATE, in which they said that the raid was the consequence of multiple contributing causes.

The Alameda County Health Department got in touch with the OPD about an illegal operation that was making it hard for children to breathe in the area.

Also, there were complaints from people who lived nearby, and there were more violent crimes happening in the area.

They said, in response to a question concerning the possibility of deprioritizing the enforcement of restrictions against mushrooms, that "the Oakland Police Department does not treat any complaint from a person as a 'non-priority.'"

Additionally, OPD has a problem with the fact that the church operates as a for-profit corporation.

During this time, Captain Randell Wingate commented that in his 28 years of service with the Oakland Police Department, he has never come across a religious organization that operates for profit.

In his search warrant, Romero did not say anything about mushrooms, which were the main reason people went to the church.

Instead, he called the church an "illegal marijuana dispensary."

Captain Wingate of the Oakland Police Department, who is in charge of the unit that did the raid, said:

"You can use mushrooms, you can grow your own mushrooms — but selling mushrooms is still not legal."

Zide Door Oakland Is Based On The Church Of Ambrosia

The video that can be found above is the very first official video that has been released by the Church of Ambrosia.

This one is all about the man who started it all, Dave, and his adventure.

The unconventional church is led by Dave Hodges, who preaches in a pot-leaf-patterned robe while his congregation consists of up to 100 parishioners that gather every Sunday at 4:20 p.m. and smoke communal joints.

Below, Hodges describes his activities inside the church:

One of the things I talk about in my sermons is my most spiritual experience. I saw heaven, I saw hell, I saw all the dimensions in between, and I was sucked up through all these places and landed in a place where there was nothing. It was just all white. And I experienced the perspective of God.

After that point, the journey becomes more mental in nature.

What question would you pose to yourself if you were God?

He suggests, giving the impression that he is addressing a group of people in church.

"The answer is even deeper. Which is, what am I? That part of the question is where I experienced the big bang and the creation of time and all life itself. The answer of what am I is: us. God created everything to understand itself. When it comes to other religions, that’s pretty much a core teaching of all of them, that we are all one."

u/BlueFalconGod posted: "Zide Door Costs - Does any one know the price range for the shrooms / mushroom edibles offered at Zide door? Thinking of making a 2 hour drive up there today."

Here are some of the salient answers found in the Reddit community:

"The chocolate bars are in the $30 range. There’s a small one time fee for joining the church, $5 I think. I don’t remember the costs of dried mushrooms, but it’s reasonable imo and they’ve always had a good selection."

"Every Wednesday and Su day is 20% off shrooms With discount 1⅛ths start at 25$."

The user known as tbickle4649 mentioned some of the discounts when purchasing the products inside the church:

"Hi there, I was at Zide door July 9th I purchased 1.5 ozs. 1 oz of one type and a 1/2 oz of another type and it was $ 300.00. The shrooms are very good. I really liked the Costa Rica shrooms. Before warned it is in a bad looking neighborhood and it was hard to find a parking place close to there church. I drove from Monterey the round trip took me 4.5 to 5 hours. You will really like there shrooms." 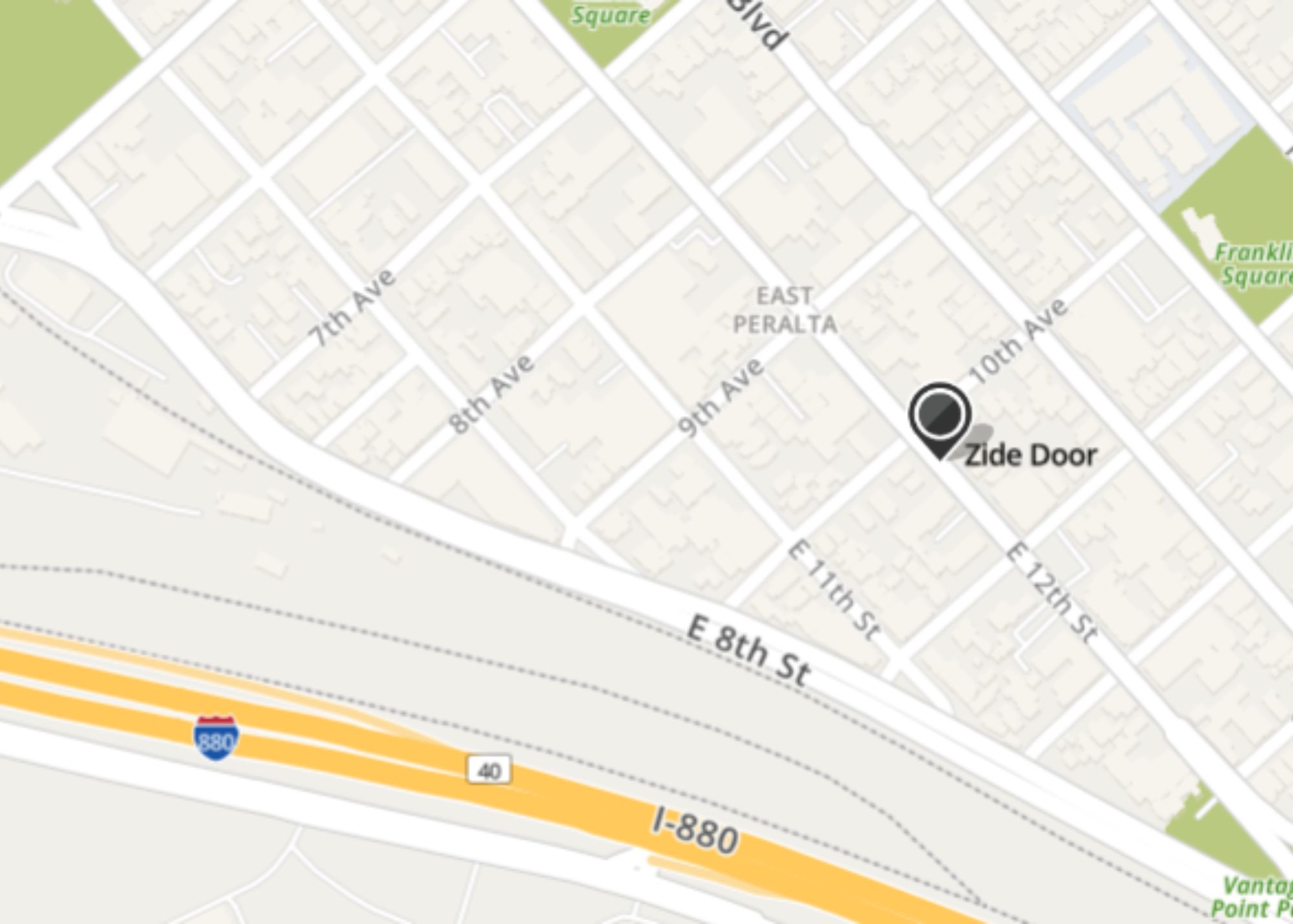 Following allegations from neighbors, police searched the church in August of 2020.

Despite seizing a large amount of money and drugs, they did not arrest anyone, so the Zide Door was still open.

He made it clear that although Zide Door never totally shut down during the pandemic, the weekly open sermons were stopped as a COVID precaution.

Members are still able to visit the church and buy mushrooms.

Hodges began the live sermons again a few months ago as COVID rates began to fall, albeit slowly.

At the moment, they only meet once a month in a temporary spot on Livingston Street near the Oakland bay for a small group of members.

This year, the city of Oakland made it a requirement, so Zide Door started making its members show proof of vaccination before they could go to the location.

According to Hodges, the church still abides by public health rules for COVID.

Once he finds a larger location and the pandemic conditions allow it, Hodges plans to resume holding weekly public sermons.

When Is Zide Door Oakland Publicly Open To All?

In January 2019, Zide Door became a public cannabis church. Using a Prop. 215 donation-based approach, it provides its members with a range of flowers, edibles, and other marijuana goods.

The daily hours of operation at The Zide Door Oakland are 9 a.m. to 10 p.m.

When Did The Oakland Police Conduct A Raid On The Zide Door?

On August 13, 2020, Oakland police raided the church, resulting in losses and damage to Hodges totaling over $200,000. Hodges is currently looking for a new location to hold his Sunday services.

Using cannabis and psychedelic mushrooms, according to Hodges, allows him to get closer to God.

He said: "It’s helped me experience God and understand religion itself."

But the founder of Zide Door Oakland hasn't given up and is still holding on to the hope that he can keep using hallucinogens and high doses of psychedelic mushrooms to give religious advice to his community.

"For me, it is without a doubt my mission to make sure people have access to these plants for religious purposes... we're gonna keep fighting. We're not going away and this fight has really just started," Hodges said.