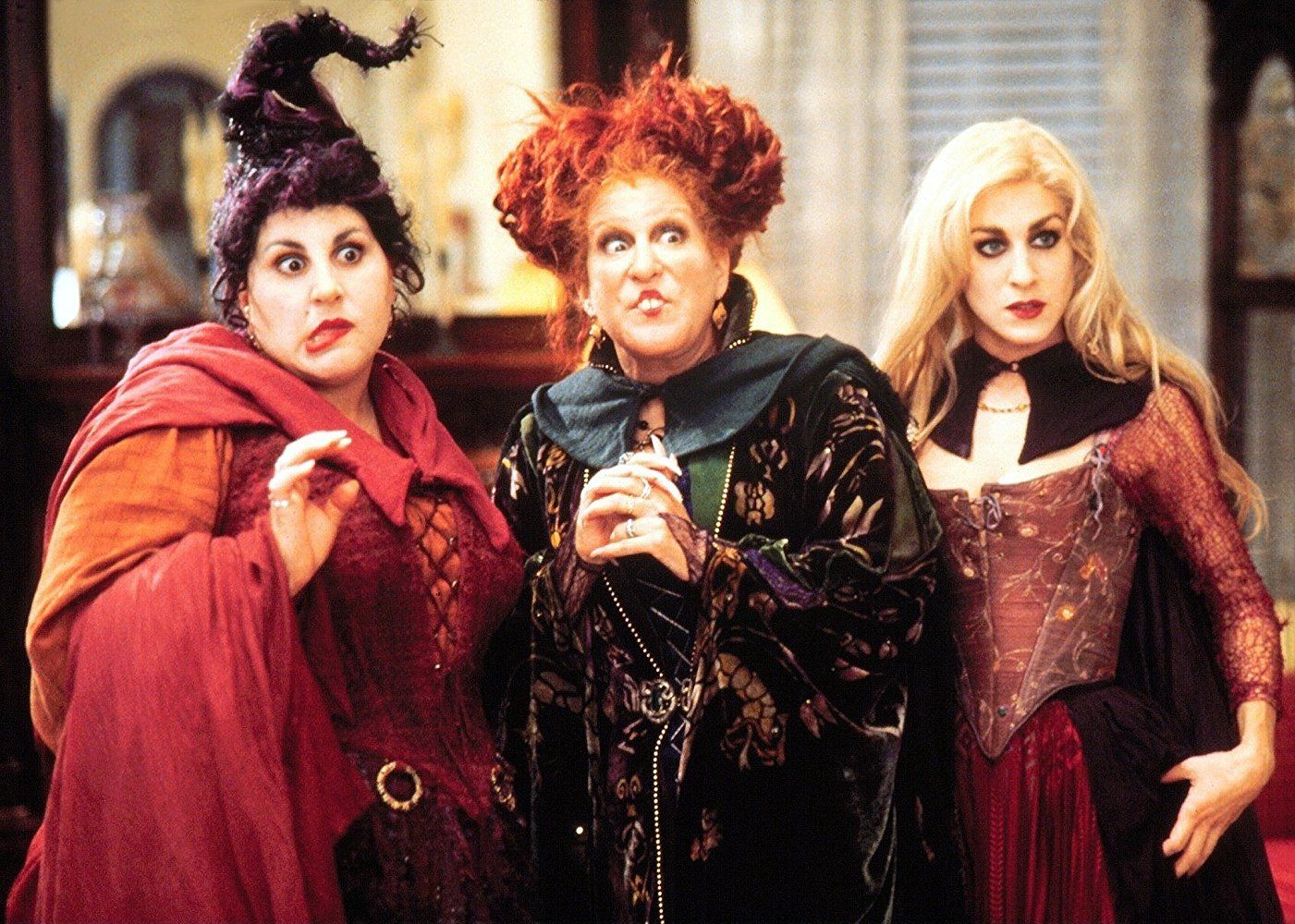 When it comes to the idea of "witches" in cinema, we often revert to ancient tropes. Warty chins and pointed hats. Old crones who have been warped and disfigured by a lifetime (or many lives) of dark arts practice.

Broomsticks in the air and youngsters in cages, while the oven preheats properly. You know, typical witchery. But depicting witches isn't nearly as straightforward as that. For one thing, in film, they aren't necessarily evil powers.

They're also not all old and wilted. Or, for that matter, women. In reality, the contemporary witch may be whomever the narrative demands of her (or him). Witches may be main characters or comedic relief in a story.

They can start delivering packages or repel Nazis from England's shores (if they're Angela Lansbury more on that later). They may star in multibillion-dollar box-office blockbusters or return to their origins to provide some of the greatest contemporary indie horrors. Witches are capable of doing any task. 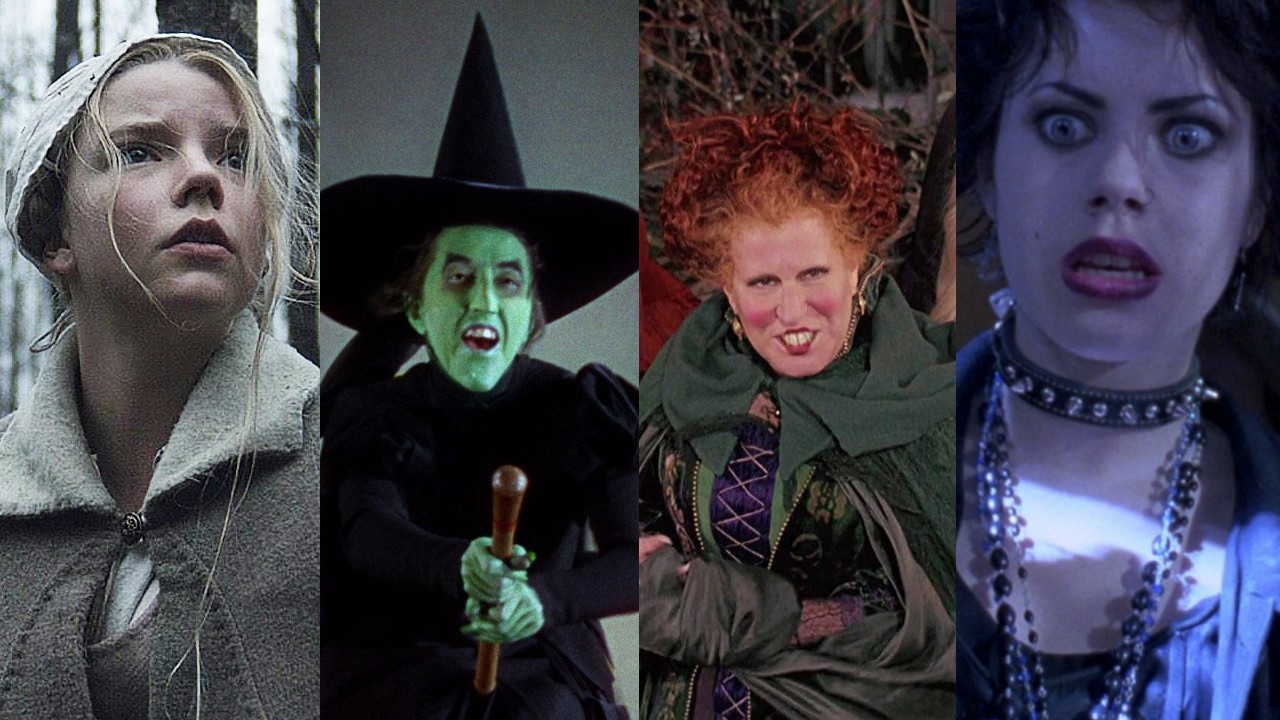 The Love Witch is a sultry, elegant tribute to 1960s Technicolor, with dreamy, hazy images and an overall sense of uneasiness generating the sensation of being drugged.

Elaine, a young witch, utilizes witchcraft to locate (and retain) a man after her husband is mysteriously killed in The Love Witch. Samantha Robinson plays Elaine with deranged frenzy, and the camera lingers on her face for long periods of time, forcing you to choose whether you love or fear her.

Elaine is an unnatural development of a woman at war with patriarchy. Attractive and sassy, she believes she must lower her value in order to keep a relationship. She makes love potions out of fingernails and menstrual blood if that fails. She's a monster created by society, and one of the greatest witches ever seen on film.

Burn, Witch, is a cautionary tale about marrying an unsupportive spouse. Burn introduces us to Norman Taylor, a psychology professor, and his wife, Tansy, who is covertly performing a kind of magic she learnt in Jamaica.

When Norman learns of his wife's witchcraft, he becomes enraged and orders her to burn all of her talismans, which she claims are the cause for his prosperity and good health.

Things take a terrible turn when he destroys all of her possessions. Norman, trust the witch, particularly if she's trying to save you from having acid reflux after a few too many drinks! The writing is near-perfect, the atmosphere is captivating, and the film draws you in from the first scene, challenging you to look away.

Imagine if the punk girl at the lunch table with the safety pins in her piercings was channeling the power of the universe's creator. Nancy Downs, The Craft's adversary and your greatest fear, enters the picture.

Fairuza Balk was made for the part, with bizarre blue eyes that bulge and dart about wildly, an unruly mop of black hair that never looks the same, and thick, blood-red lips concealing a mouth full of dazzling white teeth that she often exposes while laughing maniacally.

The Craft is a fantastic parody of John Hughes' coming-of-age films and dark comedy. It's a rite of passage for all young women, and it seems more contemporary than today's adolescent movies. Every good witch keeps an eye on The Craft. Nancy Downs is the evil witches' dream.

Suzy, an American dancer studying ballet at a renowned German school, is introduced in Suspiria. Suzy slowly discovers the witch coven at the heart of the academy's more nefarious end game, which is hinted at by the horrific murders of the academy's dancers.

He also used loudspeakers on site to blast the film's music (provided by Italian prog-rock band Goblin) to create a particular atmosphere.

Suspiria is a witch movie unlike any other, brilliantly vibrant and delightfully gruesome, an attack on your senses and your soul, thanks to the filmmaker's commitment to aesthetics.

Despite depicting some extremely wicked, frightening witches who kill children, The Witches is classified PG. The 1990s were a crazy decade.

The Witches is based on the Roald Dahl book of the same name and tells the story of Luke, a little boy who comes across a group of witches dressed as regular people.

Their leader is none other than Angelica Houston's delightfully wicked and criminally stylish Grand High Witch Eva Ernst. The Witches is the last picture on which Jim Henson worked before his death, thus it's a must-see for every Henson fan.

It's also a great, over-the-top Houston performance, so all Houston fans should watch it. It's a delightfully unpleasant classic that leans on some fantastic witch stereotypes, and it's definitely more entertaining for adults than youngsters.

The Witches Of Eastwick 1987

The Witches of Eastwick's ensemble cast is a genuine Hollywood dream team. Michelle Pfeiffer, Susan Sarandon, and Cher portray three best friends who have no idea they've joined a witch coven until the actual devil, played by Jack Nicholson in yet another brilliant casting choice, appears.

The ladies understand their power as the Devil's effect on the three becomes increasingly apparent.

The Witches of Eastwick has a strangely contemporary vibe to it, as if a group of 2018 females produced an art film about polyamory and coven dominance. It's no surprise, therefore, that the film is still considered one of the greatest witch movies available today.

Witch cinema reigns dominant. The VVitch takes place in the woods of a 17th century New England in the throes of religious frenzy, which is intrinsically terrifying.

Due to his pride, a father is expelled from a Puritan community and relocates his family to the borders of a lonely forest. They are soon hunted down by a witch who dwells deep inside. She picks the immoral family apart (the father is a thief, the mother is greedy, the brother lusts after his own sister, and the younger twins are just awful human beings).

Imagine if witches really existed, and they honed their skills by killing and eating unbaptized infants, and they conspired with the Devil to entice unsuspecting women to join their coven.

It's a frightening and unsettling picture that shows us the witch in her most dreadful form-the sort of film that stays with you long after the credits have rolled.

The Witch | Official Trailer HD | A24

Witches must harvest young people to live eternally, a horrific notion that Hocus Pocus plays with.

The Sanderson sisters, played by Bette Midler, Sarah Jessica Parker, and Kathy Najimy, are 300-year-old witches seeking to catch some youngsters in order to stay young and, uh, beautiful.

They've been imprisoned in the afterlife for hundreds of years until being accidentally released on All Hallow's Eve by the new-in-town virgin, and they're seeking to reclaim the glory of their youth.

Virgin Witch, directed by Ray Austin, was one of the most important exploitation pictures in British cinema during the 1970s.

The plot revolves around two young girls (played by real-life sisters Ann and Vicki Michelle) who mistakenly believe they are heading to a model casting at a castle in the countryside.

The castle is governed by a lesbian witch, or more precisely, a Wiccan/Thelemic high priestess, so it's not a model casting. The film is very awful, and it's only on our list because it's one of those movies that's nearly decent. Lesbian Twins was also a working title for the film.

Black Sunday, also known as The Mask of Satan and Revenge of the Vampire, is the peak of Italian gothic horror in the 1960s. The film begins with Asa Vajda being killed by her own brother, a sequence that includes a spiked mask being pounded into her face.

Asa (a breakthrough role for British actress Barbara Steele) reappears hundreds of years later to torment her distant ancestors, one of whom is also portrayed by Steele.

Her wide-set eyes pierce through the screen and into your own soul, transforming her old Hollywood beauty into evil with ease. The film is a masterpiece in world-building and mood-setting in the horror genre, ensuring a scary cinematic experience.

Rosemary's Baby is based on Ira Levin's 1967 book of the same name, and was written and directed by Roman Polanski, a renowned long-time American exile. Rosemary (Mia Farrow) is a young married lady who moves into a big Gothic apartment complex with her husband soon after an old woman passes away there.

They reject a friend's warning that the apartment building has been connected to black magic in the past as nonsense. Mary begins to lose weight and has severe stomach pains while pregnant.

When she starts putting the pieces together, she starts to worry that the building's Satanic coven has nefarious intentions for her kid. She also believes Satan is the father of the child.

Rosemary's Baby is rightfully regarded as Hollywood's first major film about the Devil, inspiring a wave of Satanic blockbusters in the 1970s, including The Exorcist and The Omen.

The Wonderful Wizard Of Oz 1939

The Wicked Witch of the West was a frightening role for actress Margaret Hamilton, who had to go through a lot while portraying the character. Not only did she suffer severe burns on set as a result of a pyrotechnics mishap, but her green face and body paint included hazardous chemicals.

Hamilton's performance is all the more enthralling in light of this. Dorothy, who did, in all fairness, murder her sister, the Wicked Witch of the East, with a house, is absolutely oozing with hate.

Add in Glinda the Good Witch as a dazzling (and borderline condescending) counterpoint to the Wicked Witch, and you've got a lovely story about light and evil magic vying for power – and one of the most influential films of all time.

Are There Any Good Witch Movies?

Who Is The Greatest Witch Of All Time?

Sanderson, Winnie (Hocus Pocus). Winnie (Bette Midler) is the most strong and determined of the three wicked sisters. Winifred, Mary, and Sarah were executed in Salem in the 1600s, but a Halloween ritual and a black candle bring them back to life three decades later.

Who Is The Greatest Witch Of All Time In Harry Potter?

Hermione is often considered to be her generation's most strong and skilled witch. She was always the first to understand the various types of magic they were studying. She also regularly performed magic at a higher level than the majority of her peers.