Washington Valor Football Team: All You Need to Know 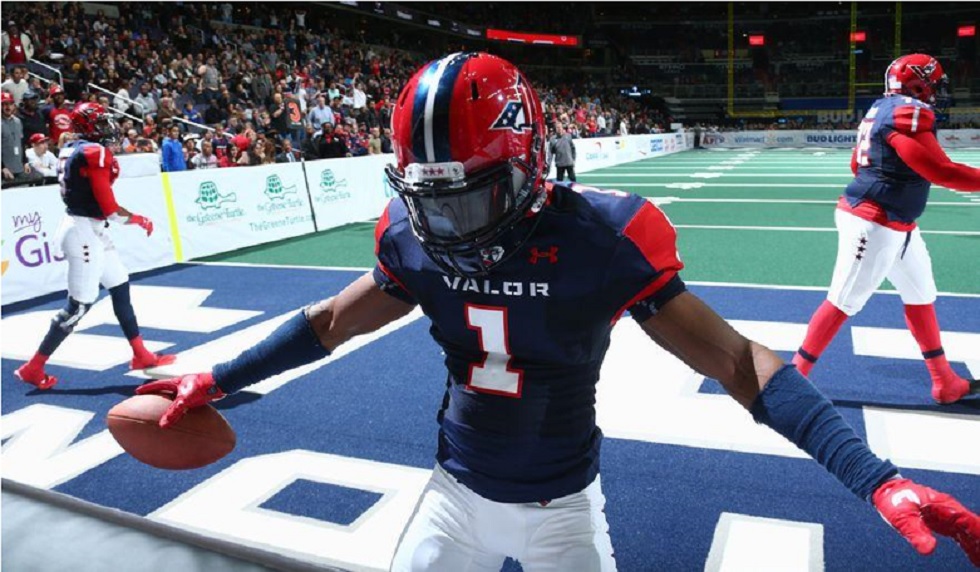 Who Is The Owner Of The Washington Valor?

When Was The Washington Valor Football Team Officially Announced?

The initial announcement was made in February 2016 of being close to a deal. The official announcement was made on March 10, 2016. The team name "Valor", and colors of red, white, blue and silver were announced in July 2016. Since the closure of the Washington Commandos in 1990, the Washington Valor were the first Arena Football team to play in America's capital. Even though the Washington Valor only played for a small amount of time in the AFL, they won a title by beating Baltimore Brigade in the ArenaBowl XXXI. The Arena Football League started in 1987 but after constant financial struggles, it finally folded in 2019, putting an end to the Washington Valor football team as well.

Which Was The First AFL Team From Washington D.C.?

At the time of the AFL's inception in 1987, America's capital Washington, D.C. had an NFL charter team called the Washington Commandos. During the first season, the Commandos played their home games at the Capital Centre in Landover, Maryland in 1987. The Commandos did not play in 1988, but returned as the Maryland Commandos the following season. The team moved to Virginia in 1990, again as the Washington Commandos and played at the Patriot Center in Fairfax, Virginia. The team folded after the 1990 season.

How Was The Washington Valor Football Team Formed?

NFL's Washington Redskins owner Daniel Snyder tried to launch an expansion team called the Washington Warriors, but could not get the trademarks and was eventually abandoned.

On February 10, 2016, The Washington Post and radio station WTOP-FM first broke the story that Monumental Sports and Entertainment (Ted Leonsis, chairman), which also owns the NBA's Washington Wizards, WNBA's Washington Mystics, and NHL's Washington Capitals, were "close to a deal" in bringing a new Arena Football League expansion franchise to the Capital One Arena. On March 10, 2016, AFL commissioner Scott Butera announced that the deal was finalized and that the new Washington, D.C., team would start playing in 2017. The official website, Facebook and Twitter pages launched on March 15, 2016. The team's official name was announced as the Washington Valor on July 14, 2016. The team also chose red,white and blue as its official colors. The designs for the helmets and the jerseys were released late in the year on December 10. The owners of the Washington Valor, Monument Sports and Entertainment also started a franchise in Baltimore. The team was named Baltimore Brigade.

When Did The Washington Valor Play Their First Game?

The Valor's first game was on April 7, 2017, in the Verizon Center against the Brigade. The Valor were the first AFL franchise to play in the DC market since the Commandos.

When Did Washington Valor Win The ArenaBowl?

On July 28, 2018 the Washington Valor upset the Baltimore Brigade 69–55 at Royal Farms Arena in Baltimore in Arena Bowl XXXI, despite having won only two regular-season games in 2018. The Washington Valor's Quarterback Arvell Nelson was awarded the game's Most Valuable Player award. In a January 2019 interview with Forbes, Leonsis noted that the Valor were not particularly successful in regard to finances, and that he mainly used the team and its Baltimore counterpart to experiment with ideas to later use with his more prominent sports properties such as the Wizards, Mystics, and Capitals.

What Happened To The Arena Football League (AFL)?

Following the 2019 season, the AFL announced it had shut down the operations of local teams and was looking into becoming a traveling league. However, the travelling league plans were also shelved and the AFL filed for bankruptcy and ceased all its operations in 2019. With that, the Washington Valor, along with every other AFL team, ceased to exist.