Best 8 Werewolf Movies To Watch Under A Full Moon 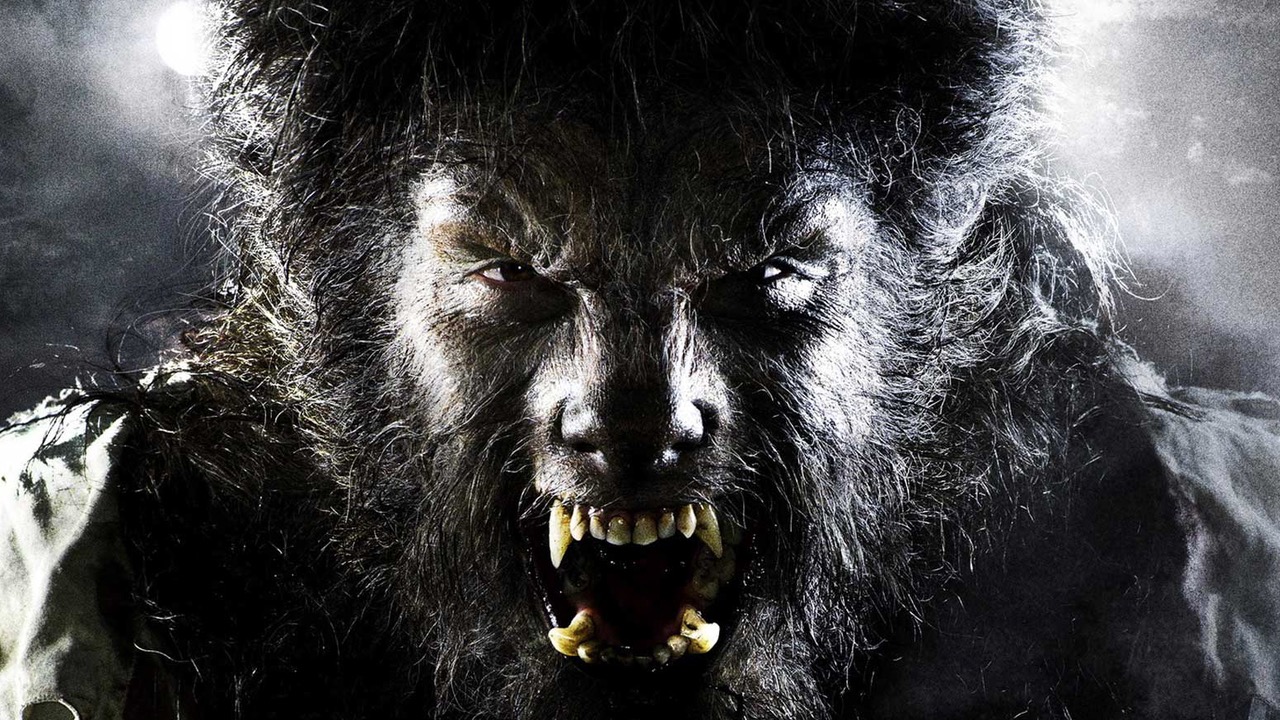 They aren't quite as common as ghosts. They don't quite capture the zeitgeist of pop culture, as well as zombies, do. They aren't nearly as sexualized (or exploited) as vampires are.

Even a masterpiece of the genre, George Waggner's 1941 The Wolfman starring Lon Chaney Jr., never had its own direct sequel; instead, the Wolf Man was thrown in with other monsters in later films like Frankenstein Meets the Wolf Man and Abbott and Costello Meet Frankenstein.

For whatever reason, werewolves are seldom regarded as important enough to carry a franchise on their own. Then there's the expense of costuming: building full-body werewolf costumes is a lot more costly than slapping a few wounds on an extra, calling him a zombie, and calling it a day.

Werewolf movies are naturally more costume-dependent, and as a consequence, their effects are examined more closely. It's the Achilles' heel of almost every indie werewolf film: a constant chorus of "the costume looks cheap!"

Fans of horror are fickle and difficult to satisfy. All of this is to imply that there are fewer werewolf films available than there are for other legendary monsters.

They're still produced, although they're overshadowed by zombie movies, vampire movies, and other genres. Despite this, we still like a good werewolf story, and the genre has produced several cinematic masterpieces along the way. 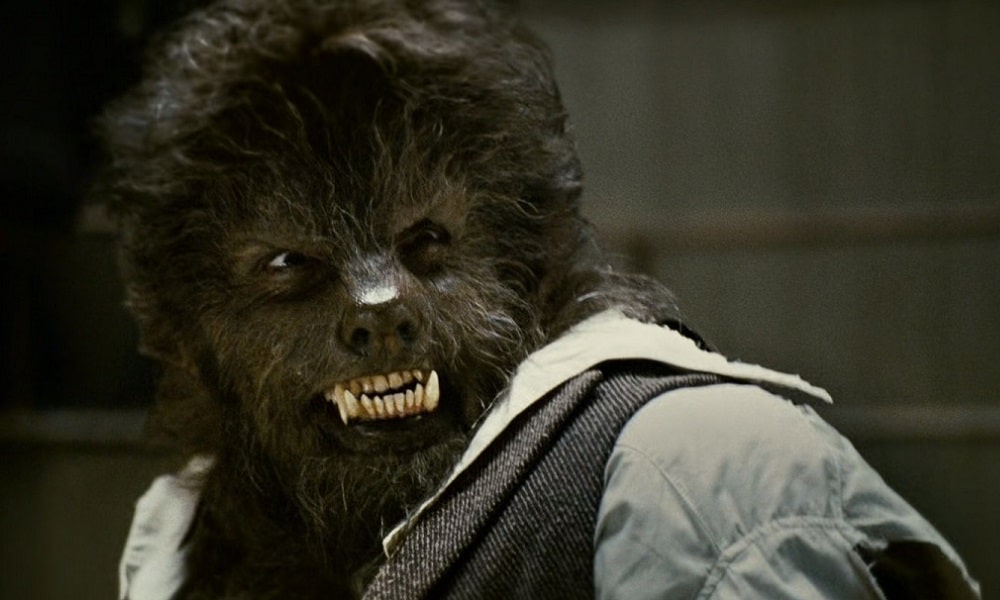 The "outlaw biker picture" genre was well established by the early 1970s, having sprouted from Roger Corman's imagination, like so many other brilliant concepts, after the director's surprise exploitation success The Wild Angels in 1966.

Following that came a slew of greasy, dusty biker flicks about gangs inspired by the Hell's Angels, to which someone presumably thought, "Couldn't we throw in a few werewolves, too?"

It's exactly what it says on the tin: When a motorcycle gang comes upon a demonic chapel, the leader is cursed to transform into a werewolf who chases down the other gang members.

The image is grainy, and the costume is dreadful, but it captures a key period in the development of this kind of exploitation film, which aimed to mix the sexual titillation and counterculture of the motorcycle gang with some old-fashioned monster movie thrills. It isn't very good at either, but it does provide us with motorcycle-riding werewolves, so keep that in mind.

Look, it's no secret that we like to start these lists off with at least one item that's so horrifying that it's hilarious, and Arizona Werewolf is the epitome of a horrible (but hilarious) werewolf movie.

The picture is an incomprehensible jumble of vaguely European-sounding characters lounging in attics and spouting delightfully mangled innuendo, served with a special side of Joe Estevez, and was famously lampooned on MST3k, where it was given the less geographically specific title Werewolf.

Adrianna Miles, who plays the female protagonist, is a riot, as her repeated efforts to pronounce "werewolf" only wander more into fantasy as time passes.

The werewolf outfit, meanwhile, changes dramatically from scene to scene at times, it resembles Lon Chaney's The Wolf Man makeup, while other times, it has closeups of a massive, poofy mask that the MST3k refers alternately equate to a bat or an insect.

Most horror fans are familiar with Amicus Productions' famous anthology films, such as Dr. Terror's House of Horrors and The House that Dripped Blood, which combine Hammer-style British horror with comedy.

The full-length movies, which tended to come off as "Hammer-lite" while featuring many of the same genre's mainstays like Peter Cushing and Christopher Lee, are less well-known. When it comes to gimmickry, this is a comical werewolf tale with aspects that remind one of William Castle's House on Haunted Hill.

A billionaire invites a group of suspects to his home, only to discover that one of them is a werewolf! To figure out who the werewolf is, the party is put through some delightfully ridiculous tests, including placing a silver bullet in their mouths.

Cushing appears in a professorial character, similar to the ones he portrayed in almost every British horror film produced between 1957 and 1975, and he is, predictably, the star.

This silly film even includes a 30-second "Werewolf Break" towards the conclusion, in which the audience is invited to identify the wolf's identity. Castle would have adored the film's mix of goofy terror and hilarity.

Look no farther than Christophe Gans' Brotherhood of the Wolf if you're searching for something a bit different from the typical werewolf film. This film incorporates mythology, scientific skepticism, and religious views while combining Colonial French combat with 18th-century nobility, brutal battle choreography, and bloody beautiful cinematography.

There's a lot going on in this movie, so much so that Mark Dacascos' performance as an Iroquois martial arts teacher is very credible given the rest of the chaos. The Brotherhood of the Wolf is set in a frame narrative set during the French Revolution and is partly based on the legend of the Beast of Gévaudan.

The narrator tells us about Grégoire de Fronsac, a French knight and naturalist, and his Native American friend Mani, who came to deal with the beast ravaging the area.

The duo investigates the assaults, discovers an ever-twisting conspiracy, and eventually finds themselves in a battle for their life (with a little romance thrown in for good measure). Brotherhood of the Wolf is a fringe picture that should not be missed. It is not a typical werewolf film in any way.

Brotherhood Of The Wolf (2001) - Official Trailer

La Noche De Walpurgis Aka The Werewolf Vs. The Vampire Woman (1970)

Why is this one considered "important," particularly when the majority of it is more akin to a vampire picture than a werewolf film? It's that rare werewolf jewel, the "werewolf with a golden heart" film.

Sure, most lycanthropes are tormented, decent people at heart...they don't WANT to transform into hungry lupine murdering machines every time the moon is full. But Waldemar Daninsky (played by Paul Naschy, and the FOURTH installment in the apparently never-ending Dalninsky werewolf series!)

Countess Dracula de Nadasdy is a vampiric Countess who chooses to make the most of her position. This one is a great way to squander a full moon since it's atmospheric, violent, and has a soundtrack that sounds like leftovers from early Pink Floyd albums.

So here's the deal with Silver Bullet, and don't get me wrong: it's not a great film. It's simply not the case. However, it is a well-loved family-friendly entry in the genre that sowed the seeds of lycanthropic adoration for a generation. I am, without a doubt, one of them. My first Stephen King book, Cycle of the Werewolf, left me shaken.

Silver Bullet isn't quite as scary, but it's a Kingian-style coming-of-age cult favorite that's a lot of fun. Prodigious television director Daniel Attias made his directorial debut with his one and only feature picture, said to be partly directed by Don Coscarelli, but he claims he walked away from the production when executives rejected Stephen King's screenplay comments.

Silver Bullet's problem isn't with the director; it's with the screenplay, which was taken from Stephen King's original Cycle of the Werewolf calendar before it was expanded into a novella.

Silver Bullet is a fun movie and a half, with a family you cheer for in an action-packed fight against a dangerous beast, and Gary Busey's Uncle Red is one of the greatest adult characters in adolescent horror history; a nice uncle who tries his hardest to get it, and he's alone worth the price of admission.

To be honest, it is a little tedious. Setting the picture in Spain during the 1700s is an unusual decision for a werewolf film, which is more often associated with northern and eastern European settings. The Curse of the Werewolf takes its own time with its very, very long "werewolf origin tale."

Oliver Reed is transformed into an intimidating beast with lots of blood pouring from his lips, thanks to the werewolf design in this film, which borrows a leaf from Jack Pierce's Wolf Man playbook and bulks it up.

Still, for a Hammer picture, this one has an unusually low death count, but being the famous horror studio's sole venture into the werewolf mythology, it well qualifies.

The Curse Of The Werewolf (1961) Official Trailer (HD)

Despite harsh criticism from reviewers (and fans), Joe Johnston's Wolfman (a remake of the 1941 picture starring Lon Chaney Jr.) is worth a second viewing.

Long shadows, cobweb-covered castles, and moonlight woods, all Universal trademarks, and homages, had enough blood, splatter, and decapitations thrown in to make Hammer Films happy (and then some!)

Despite the ill-advised last act, Danny Elfman's wonderful (though contentious and perhaps incomplete) old-school monster movie soundtrack completes the film, and it's a delightful late-October treat.

Frankenstein Meets the Wolf Man is a direct sequel to Universal's famous 1941 film The Wolf Man, which starred Lon Chaney Jr., as well as Ghosts of Frankenstein (which again had Chaney in the main role...this time as the Frankenstein monster).

While it isn't the best Universal horror film, it is noteworthy for Larry Talbot's resurrection, as well as another anguished, unhappy, put-this-poor-bastard-out-of-his-misery performance by Chaney as Talbot, searches for a means to end his torturous life.

If the suffering of individuals afflicted with lycanthropy isn't clear enough, consider this: Larry Talbot was more than willing to visit with Doctor Ludwig Fucking Frankenstein, simply to die in peace. Bela Lugosi, dressed as the Frankenstein monster, completes the bizarre scene.