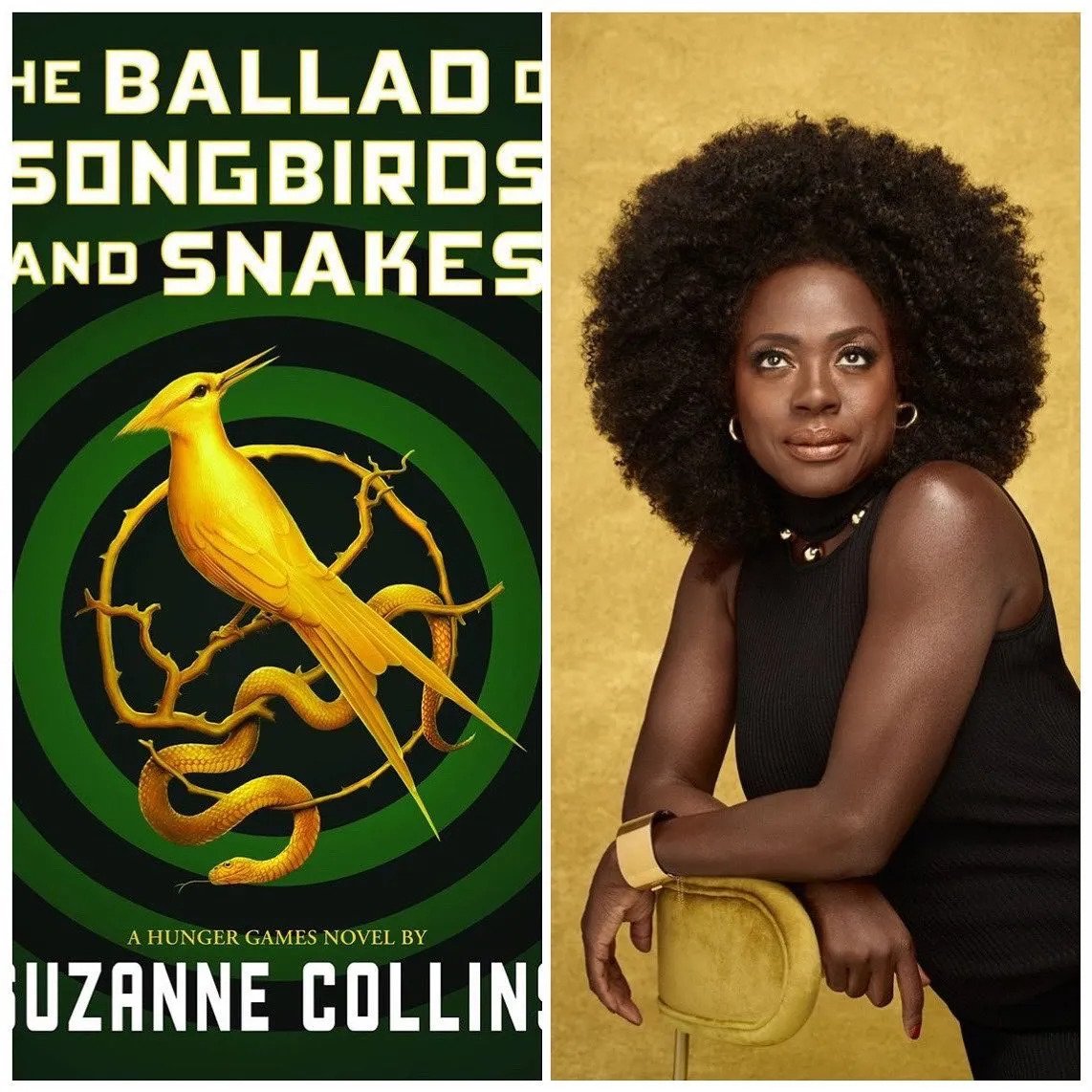 It will be the first time for moviegoers to see Viola Davis as an anti-hero, made possible by the upcoming Hunger Games prequel movie.

And, if this mundane observation matters, she will also be the first black actor to portray the role of an evil-doer in the book-to-movie adaptation.

Lionsgate cast the 57-year-old actress-producer as a major villain in The Hunger Games: The Ballad of Songbirds and Snakes (2023).

The actions and decisions of the character of Davis will ultimately lead to the creation of the infamous Hunger Games, a fight-to-the-death competition.

Fans of the book series and of this Hollywood star await how Viola Davis will give justice to a literary character via the big screen.

Viola Davis played a mentor in this comedy-drama by Amazon Studios set in 1977 rural Georgia.

A few months after that, news about a forthcoming Hunger Games book came out in June 2019.

With this book, I wanted to explore the state of nature, who we are and what we perceive is required for our survival.

At that time, its title was still unknown.

Almost a year after Collins publicly talked about her upcoming book, Scholastic released The Ballad of Songbirds and Snakes in May 2020.

The 517-page novel serves as a prequel to the Hunger Games trilogy.

It’s now the fourth book in the young adult sci-fi/adventure series, with the first one published in 2008.

Now that there’s a new book, will another adaptation be not far behind?

The anticipated news broke out in April 2022.

At the 2022 CinemaCon (April 25-28) at Caesars Palace in Las Vegas, Lionsgate announced that there would be a Hunger Games movie in the making.

Film producer Joe Drake, the chairman of the motion picture group of Lionsgate, said, as quoted by Elle:

Suzanne’s new book has been worth the wait . . . breaking new ground and introducing an entirely new canvas of characters.

In an exclusive THR report, the public learned that Viola Davis would be playing one of the characters.

Who Will Play Dr. Gaul?

Viola Davis will be Dr. Volumnia Gaul in The Ballad of Songbirds and Snakes.

According to her profile at The Hunger Games Wiki, Dr. Gaul is a:

Dr. Gaul’s most prominent title, however, is this: the Head Gamemaker of the 10th Hunger Games.

But to summarize her character, this intelligent woman’s a villain in this film.

Only in her late fifties and standing at 5 feet, 4 inches tall (1.65 meters), Viola Davis looks fabulous for a woman of her age.

People should wait to see what the veteran actress will look like in the film as Dr. Gaul.

Prior to the casting of Viola Davis, fans voted for their personal pick for the said role at myCast.

At the time of this writing, the top five were (two Harry Potter villains made it on the list): 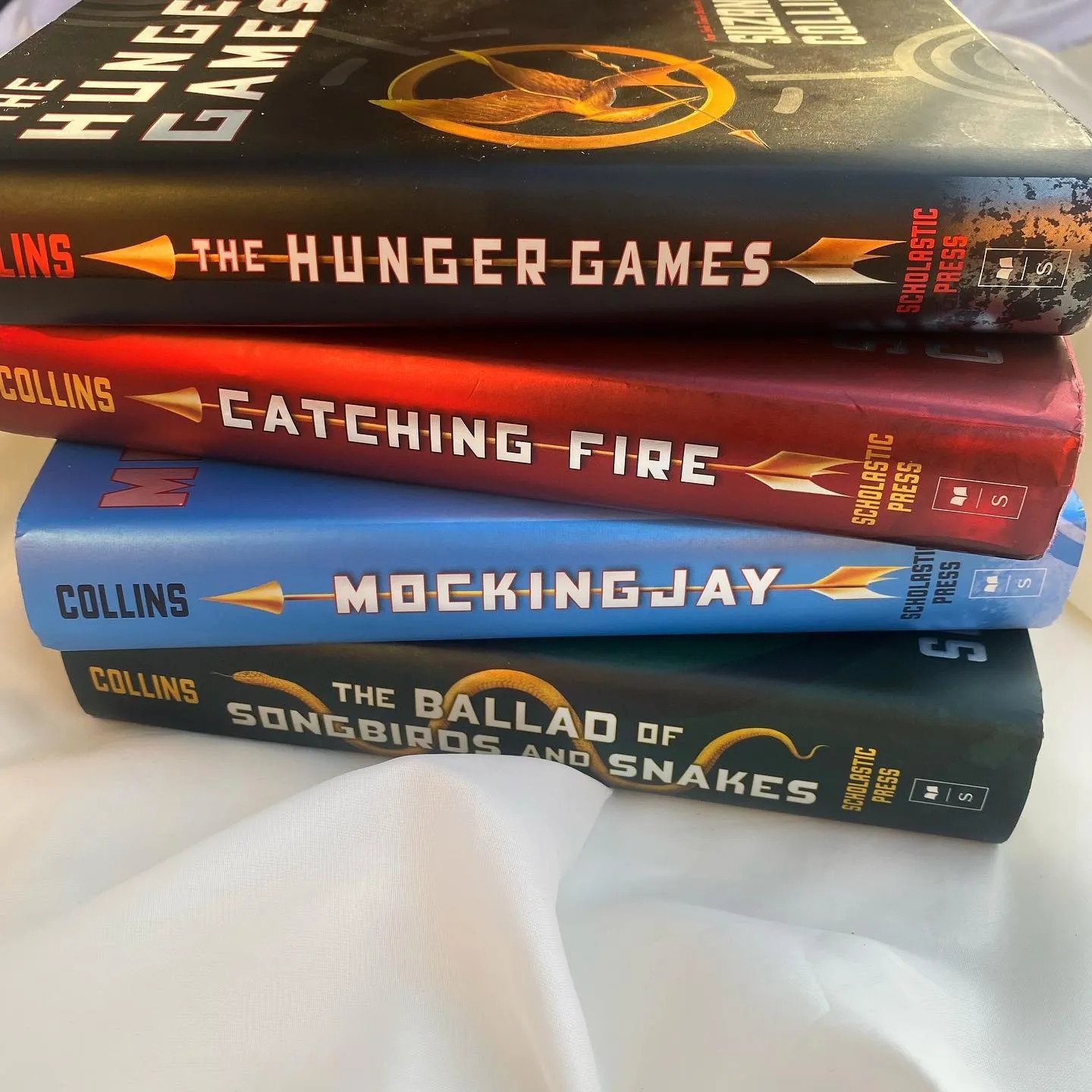 All four “The Hunger Games” books stacked up

Collins’ The Ballad of Songbirds and Snakes takes readers back to the nation of Panem 64 years before Katniss Everdeen became a tribute.

The then-20-year-old Jennifer Lawrence, who turned 32 this August and now a mother, played the iconic role.

Here’s a line from its synopsis:

Snow and Lucy’s race against time to survive will ultimately reveal who is a songbird and a snake.

Canadian actor Donald Sutherland played the elder Snow in the trilogy, where he’s the president of The Capitol, Panem’s seat of power.

For the theatrical rights of The Hunger Games (the first book), Lionsgate paid Suzanne Collins $1.5 million, according to Forbes.

All three novels became movies, with an overall production budget of $495 million, per The Numbers:

According to The Numbers, the franchise earned approximately $29.9 billion worldwide.

The Hunger Games was first published on September 14, 2008.

First in Nights in Rodanthe together with Richard Gere and Diane Lane.

Then in Doubt opposite Meryl Streep and Philip Seymour Hoffman (1967-2014).

When the first adaptation was released in March 2012, that year, Viola Davis had one film shown, too.

She appeared as one of the two female protagonists in the drama Won't Back Down (the other one being Maggie Gyllenhaal).

As mentioned earlier, it will be the first time for Viola Davis to take on a villain role.

Donald Sutherland’s character - described by The Hunger Games Wiki as Panem’s “tyrannical” president - made an impact on viewers throughout the franchise.

Knowing the acting caliber of Viola Davis - she got an Oscar and an Emmy - Dr. Volumnia Gaul may become another unforgettable villain. 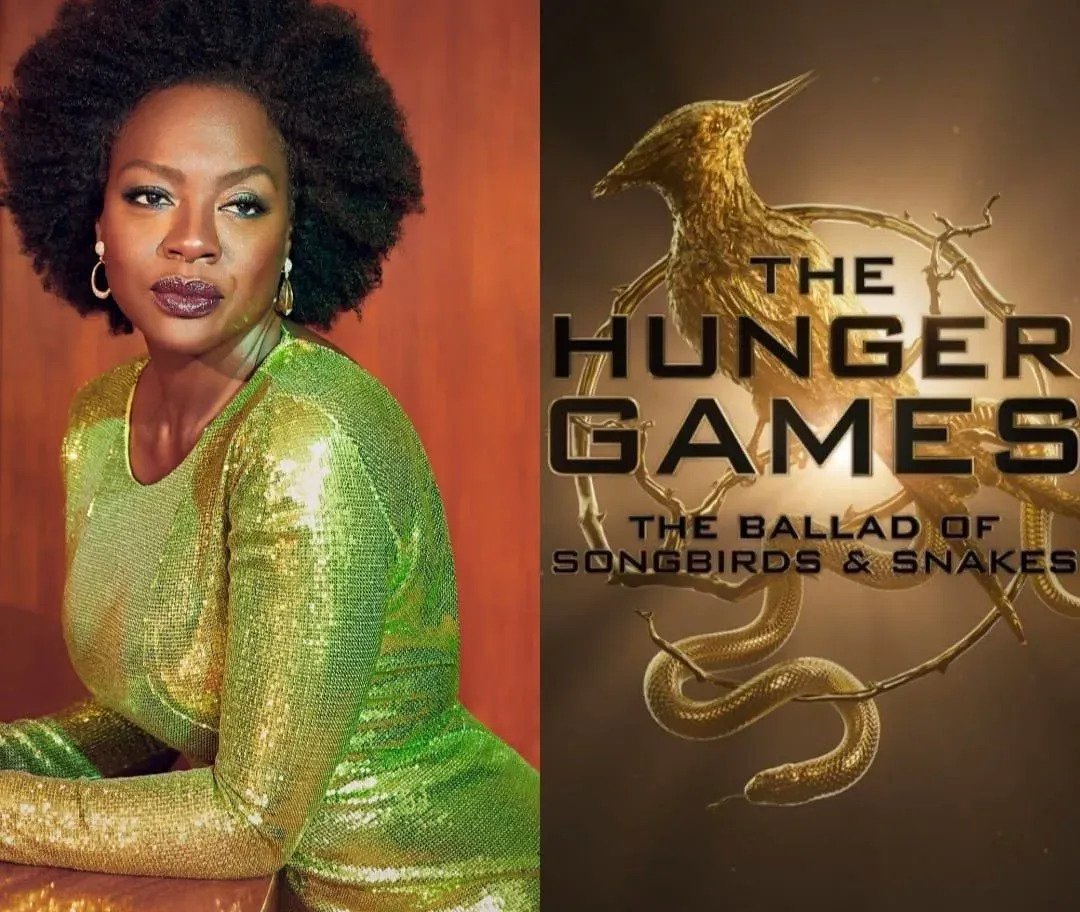 It’s interesting to note that the first movie where Viola Davis appeared was also based on a novel.

She was part of the cast in the crime/drama Out of Sight (1998) starring George Clooney and Jennifer Lopez.

It’s based on Elmore Leonard’s 1996 crime fiction novel of the same title.

In 2017, Viola Davis received her own star in the Hollywood Walk of Fame.

With more than 20 movies listed in her filmography, the recognitions Viola Davis received attest to her acting prowess.

Her accolades include the following:

A. From established award-giving institutions

C. From 26 critics associations, including:

Viola Davis already worked with some of the biggest names in Hollywood, including:

Roughly after 17 years, she joined Jennifer Lopez once more in a movie.

This time, however, as a lead actress and executive producer in the crime drama Lila & Eve (2015).

The first and only fantasy film so far of Viola Davis is Beautiful Creatures (2013). 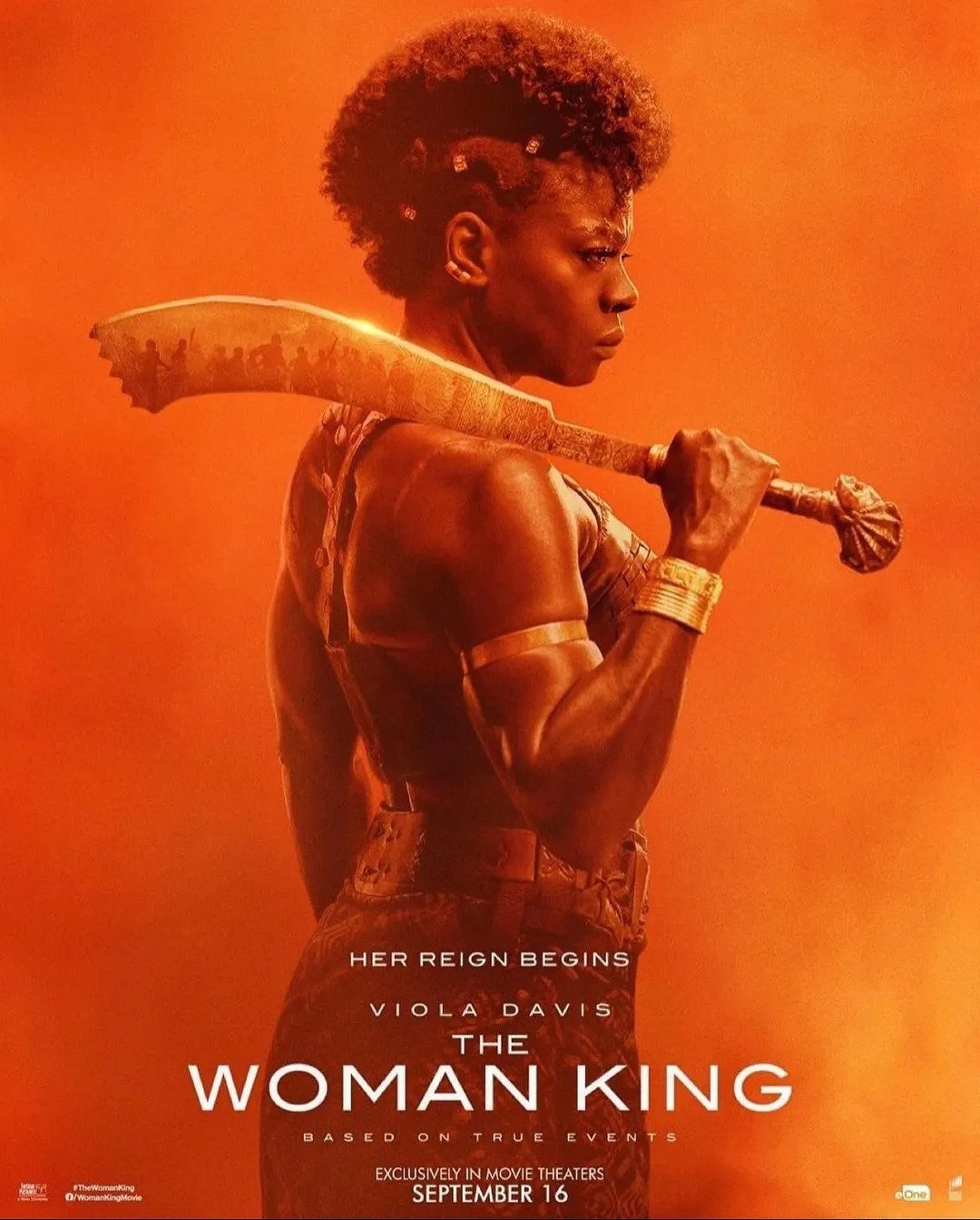 The Ballad of Songbirds and Snakes, which will hit U.S. theaters on November 17, 2023, will be the third sci-fi movie of Viola Davis.

The epic movie The Woman King, with her in the lead role, will be released in the U.S. on September 16.

The other one is the superhero film Black Adam, starring Dwayne Johnson, to be shown locally on October 21.

On June 30, Geo News published pictures of Ben Affleck directing a movie (no title yet), with Viola Davis and his real-life buddy Matt Damon in it.

What Happened To Viola Davis When She Was Two Years Old?

Her mother, Mae Alice L. Davis, was a supporter of the Civil Right Movement.

One time, she took the then-2-year-old Viola outside Brown University in Providence, Rhode Island, to join a civil rights protest.

They got arrested and “spent hours in a holding cell,” according to The Guardian.

Is ‘The Hunger Games’ Books Banned In The U.S.?

Sites at Penn State University confirmed that the three books got banned in several places in America.

When And Why Was ‘The Hunger Games’ Banned?

There were 348 reported incidents that they were banned in the U.S. in 2010 alone.

The following reasons were cited, according to Sites at Penn State:

Thailand and Vietnam banned the showing of the film.

Getting Viola Davis seemed to be the right decision.

According to him, it proved once more that it was “continuing that tradition” when Davis got picked.

Kahane also mentioned how the award-winning Viola Davis will contribute to the film:

Her formidable and powerful presence will add layers of complexity and menace to this story.

A film can never go wrong with Viola Davis in a lead role - whether good or evil.