Pauletta Washington, is an American actress who is best recognized as the wife of the Oscar-winning actor, director, and producer Denzel Washington. Here are some interesting facts about her

Her Marriage To Denzel Washington Has Come A Long Way

An excellent example of a successful long-term Hollywood marriage, the couple celebrated their 35th anniversary along with their four children in June 2018. Although the journey has not been too easy for them — Pauletta and Denzel have been through their own share of ups and downs amidst rumors of infidelity and divorce — they have been successful in making their marriage stronger over the years.

Speaking of his long relationship Denzel said in a 2010 Guardian article:

"There is no secret to the perfect marriage. I have been married 27 years to Pauletta. Everybody has their ups and downs; we've had ours. It's hard work, you know. But we made a commitment. A spiritual foundation helps everything — marriage, work, peace of mind."

Pauletta also shared the idea of a strong foundation, saying to The Root, "When Denzel first started, I was right there, but there was no focus on me. But there's been no less presence in his life and in my life than now. As you climb, you grow deeper in the foundation, so it makes our foundation deeper." 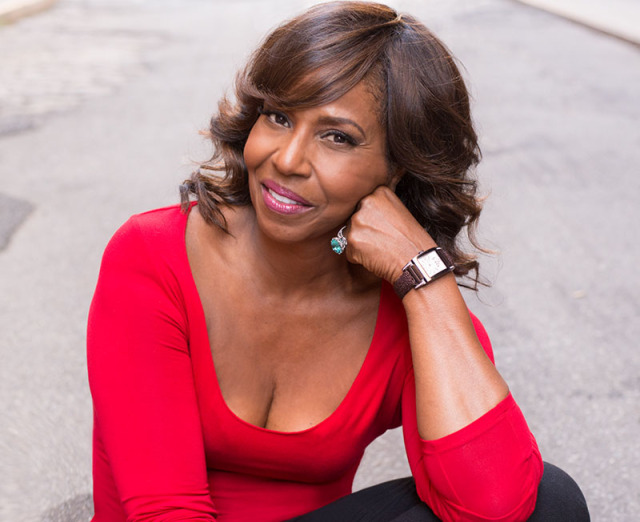 Prior to their marriage, Pauletta had appeared in a number of minor acting roles. Although she has not featured in any major hits, she has several small screen and big screen roles to her credit.

In 1970, Pauletta Pearson participated in the Miss North contest, becoming the first black participant in the show. She finished as the first runner-up in the competition. In 1977, she appeared in the short film 'Wilma' along with her future husband Denzel.

In 1981, she was featured in the telefilm 'Purlie'. She was appreciated for her performance in the movie 'Beloved' in 1998. It was a horror drama film based on Toni Morrison's 1987 novel of the same name. The film, which was directed by Jonathan Demme, starred actors Danny Glover, Oprah Winfrey, and Thandie Newton. Her other acting credits include 'Antwone Fisher' in 2002, '90 Days' in 2016, and 'Steps' in 2017. She also played the role of Miss Ella Chisholm in the Netflix comedy series 'She's Gotta Have It' in 2017.

Pauletta is most famous for her portrayal of Terri Angelou in the TV comedy series 'The Parkers'. She played this role for two years from 2002 to 2004. She starred in the TV series 'Happily Ever After: Fairy Tales for Every Child' as well. 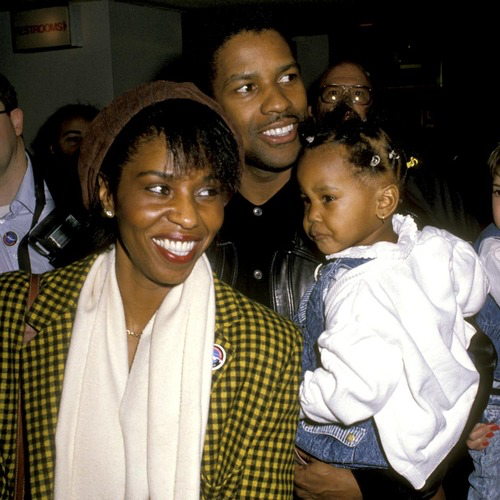 The Washingtons first locked eyes in 1977 on the sets of the television film 'Wilma'. Soon, they started dating and continued their courtship for about a year. On June 25, 1983, the couple tied the knot.

Their first son John David Washington, was born on July 28, 1984. He grew up to become a football player with the United Football League's Sacramento Mountain Lions. Later, like his parents, he became an actor and a producer. He debuted in acting at the age of nine, in his father's film 'Malcolm X'. He is also known for his role as Ricky Jerret in the HBO comedy series 'Ballers' in 2015.

Pauletta and Denzel welcomed their second child 2 years later. Their daughter Katia Washington was born on November 27, 1986. In 2010, Katia graduated from Yale University with a Bachelor of Arts degree and became a Hollywood producer. She is well known for her works 'Django Unchained', 'Fences', and 'The Birth of a Nation'.

Pauletta gave birth to twins — daughter Olivia Rashelle Washington and son Malcolm Washington — on April 10, 1991. Pauletta was 39 years of age at the time.

Denzel Washington Dedicated His Lifetime Achievement Award To His Wife 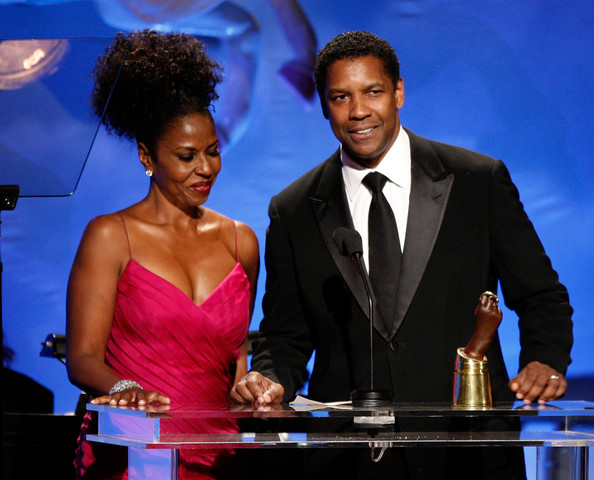 When he received the American Film Institute's lifetime achievement award on June 7, the Oscar-winning actor, 64, shared a heart-warming tribute to his loving wife,

"40 years," he said, reflecting on their long-time romance. "40 years of sacrifice. 40 years of forgiveness. She taught me about faith, spirituality, love, real love, unwavering love, in spite of myself."

"The difference between a house and a home, it's a big difference. You can buy a house, but that doesn't make it a home — and not to say a man can't make a home a home, but my wife has made our house a home, and raised these beautiful kids and protected them and sacrificed for them, she did the heavy-lifting", he shared.

"I would not be alive without Pauletta Washington", he added. "I wouldn't survive."

Pauletta Has A Specialty In The Kitchen 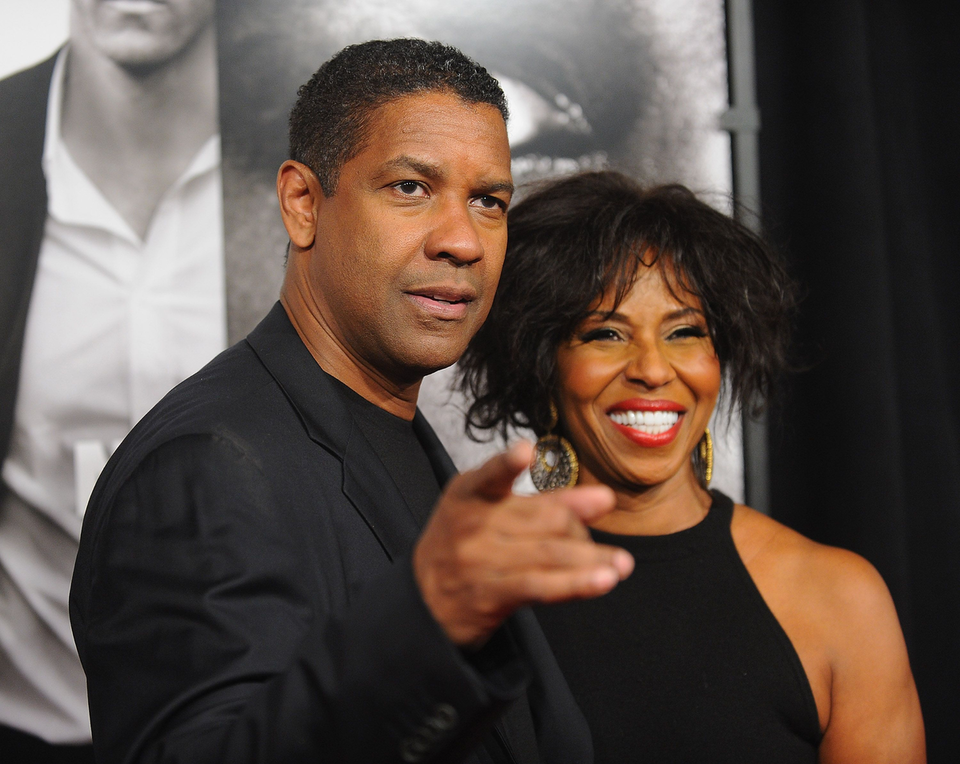 Pauletta with her husband

In fact, she has more than one, but Denzel spoke about one of them.

"She has a few [specialties]", he told People. "I've been eating her curry chicken since I've known her. I used to make it too, but not as good as hers." The magazine did try to find out if Denzel has a speciality of his own, but he quickly shut that down: "No, let's not go there. I don't want to get caught lying", he joked.

The Couple Renewed Their Vows In 1995 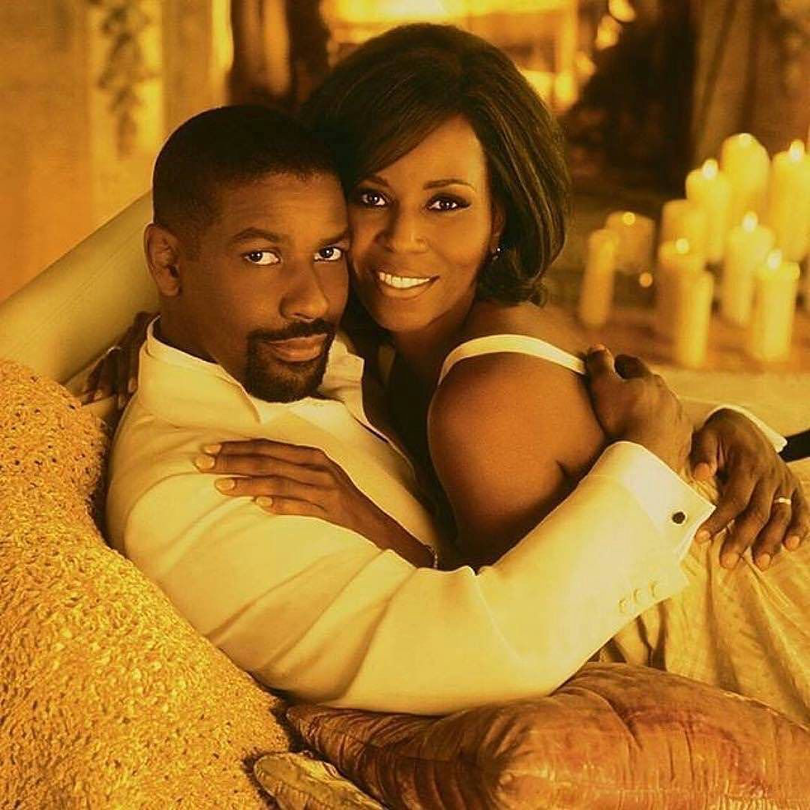 The Washingtons renewed their vows during a romantic trip in South Africa. Well-known activist and archbishop Desmond Tutu officiated the ceremony.

Denzel later revealed to Jimmy Kimmel that they didn't get a chance to eat a thing at their own wedding "We were shaking so many hands, taking pictures, [and] they ran out of food!" he recalled. "We went to the, whatever the diner was we ended up at! We had, like, eggs or something."

In a hilarious 2013 interview with Access Hollywood, the couple lovingly sparred about the number of instances Denzel proposed before finally getting a yes. Denzel's memory was that it was only once, but Pauletta set him straight. It was twice.

"Why was it twice? Why would I have to ask again?" wondered a bewildered Denzel. "Because I said no!" Pauletta replied. "You heard it here first!" Denzel then joked. "She turned me down, she said no. And since it was three times, that means she turned me down twice." The couple did finally get married on June 25, 1983.