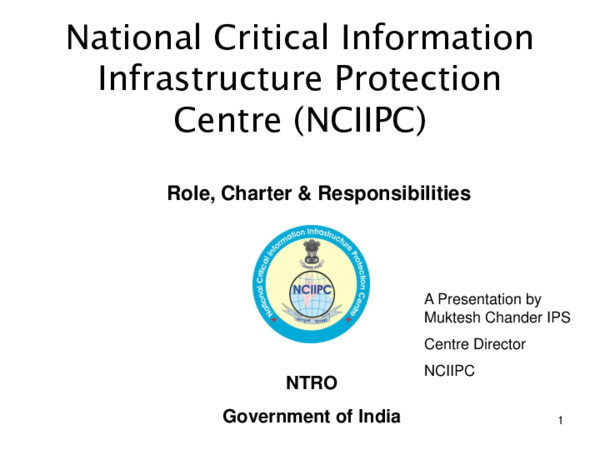 The National Critical Information Infrastructure Protection System Centre (NCIIPSC) is a government of India organisation established on January 16, 2014, by a gazette announcement under Section 70A of the Information Technology Act, 2000 (amended in 2008). In India, it is called the National Nodal Agency for Critical Information Infrastructure Protection. It is in New Delhi, which is in the country. It is a division of the National Technical Research Organisation (NTRO), and reports to the Prime Minister (PMO).

Several components of the NCI-IPS enable implementation fidelity. A consistent in-person training regimen with chances to practice interviews, videos, and guides is one of them. New interviewers are encouraged to watch and be observed before conducting their own interviews with all of the companies they spoke with.

In addition, these firms had supervisors or experienced interview mentors who routinely monitored interviewers. When the NCI was in the field, interviewees reported having access to technical help and videos to renew their skills. People who were interviewed for this case study thought that following the interview process was important to get reliable data, no matter what their position was. When the data was acquired, however, various techniques were used by different companies.

Some used a "hands-on" approach, in which interview coordinators or supervisors checked the data for accuracy before entering it into ODESA (the central NCI database). They said that while the interview was still fresh in the interviewer's memory, they were able to explain unexpected replies or missing data to the interviewer. The data was uploaded for other entities, and those questioned had no idea what happened to it after it was submitted into the system. 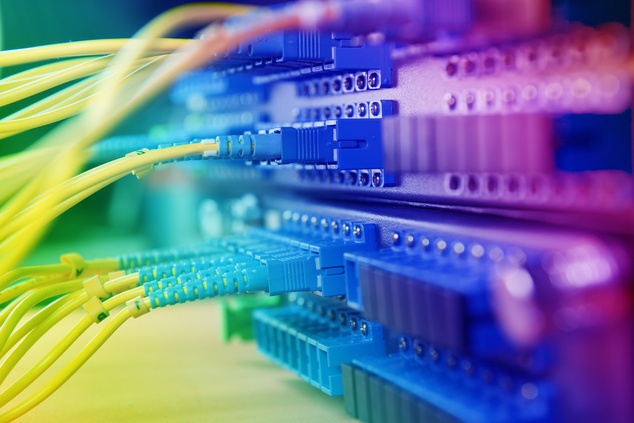 A display of the a critical information infrastructure with ports

For businesses that are hired by states to do interviews, NCI-IPS has a "train-the-trainer" strategy. NCI-IPS offers survey implementation, data collection, and support to ensure state procedures are in line with NCI protocol. State reports are provided by NCI-IPS, allowing states to assess system performance. Based on the supplied data, the NCI-IPS allows governments to make data-driven policy and programmatic choices.

Measures from the NCI-IPS have been chosen for inclusion in the Medicaid-CHIP Adult Core Measure Set. The information gathered by the NCI-IPS is not intended to be used to improve provider or individual assistance.

Changes in the same sample over time can't be seen because the NCI-IPS isn't meant to collect long-term data. Repeated yearly data collection may cause survey weariness in participants, especially in less populated states. To solve this issue, several smaller states administer the NCI-IPS every other year.

The NCI looks at how well the public system helps adults with developmental disabilities and their families make their own decisions, participate in their communities, and keep their families together. It also looks at how happy families are with the services and supports they get and how those services and supports have changed their lives. Employment, respect/rights, service planning, community involvement, choice, and health and safety are all included in the NCI surveys.

State DD agency employees were the most vocal critics of the NCI program. They want to be able to access their data sooner so that they can assist their agency in making policy decisions. The NCI is an important aspect of several states' quality improvement programs and is integrated into their systems (e.g., Pennsylvania). Other states engage in NCI every year, but state officials fear it isn't being utilized to its best potential in policymaking.

The NCIIPS Center has a help desk open 24 hours a day, 7 days a week to help with incident reporting. issues advisories or notifications, as well as counseling and knowledge exchange, in order to safeguard CII against threats and vulnerabilities. It plays a critical role in coordinating the reaction of the different CII stakeholders in close conjunction with CERT-India in the event of a likely or actual national-level threat.