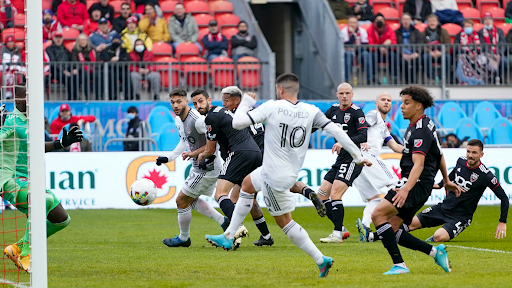 After defeating D.C. United in Ontario, Canada, at BMO Field in late March, Washington's MLS team will welcome the Canadians onto their grounds in late May for the second meeting of the domestic season to rectify their previous loss.

With just a mere two points separating D.C. United from the bottom of the Eastern Conference division, some would suggest the Washington squad are struggling for success compared to Toronto FC in 5th place. However, throughout the initial eight games of the MLS season, points are tight, and just one or two losses can dramatically alter the division standings. D.C. United boast the same number of wins as Toronto, and despite six league positions separating the two teams, it's surprisingly just two points separating the sides.

Club's politics have played their position in Major League Soccer this term, and D.C. United have made the headlines for a surprising dismissal. This move could damage or heighten the squad's success this season, with the latter being the more likely outcome. After Losada's exit, the team instantly moved from the bottom position with a 3-2 win over New England.

But after 41 games in charge of the Washington-based soccer team, the former coach was replaced with Chad Ashton. Apparently, a difference in opinion on the squad talent and a rock bottom positioning in the MLS prompted the former coach's dismissal.

"There isn't a decision we take lightly. It's not a decision that we made overnight," said Lucy Rushton, the general manager and head of technical recruitment at D.C. United. "It's something we've been talking about and discussing for a short period, and it ultimately comes to it where we felt was the right time to make the change.

"We have an excellent group of players. And I think we haven't been getting the best out of them. And I don't think performances have reflected the roster that we have. So, I think we have a team that should be competing, at least in the top half of the Eastern Conference and pushing for playoffs and pushing for the top positions in the league. We should not be where we are in the league with our roster." 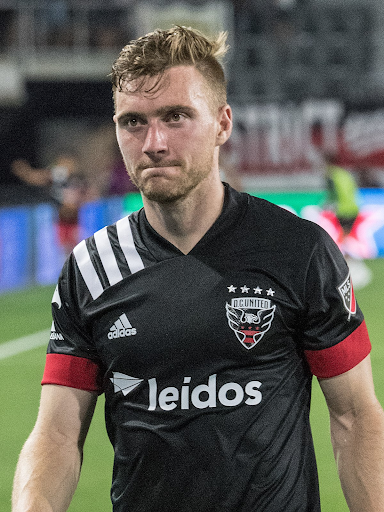 It's been suggested that the Argentine manager had ongoing disputes with the club, including roster selection and deeper issues that stemmed from the team's wellbeing. Veteran players Steve Birnbaum and Julian Gressel suggested the morale amongst the players wasn't going to deliver a winning mindset or positive results.

"It wasn't easy at times, and it was very demanding. So, bringing the joy back and maybe loosening some of those restrictions will get guys to really enjoy coming to training more and more, and then really being on the same page within the group," Gressel commented.

One significant difference for Toronto fans is that online sports betting in Ontario weren't legalized the first time these two teams met earlier this term. However, avid bettors can capitalize on the plus-money betting lines with the newly instated legislation and laws.

The first meeting saw a +135 price tag on Toronto play out successfully for those backing The Reds, with a return on D.C. United at +195.

With that said, the reverse fixture will take place in Washington at Audi Field and with a new outlook and perspective generated through the D.C. United locker room, we could witness a set of moneyline odds at BetMGM Ontario opposite the first encounter.

Toronto defeated D.C. United in the March regular-season meeting for the first time in five years, and despite losing, Russell Canouse put D.C. United into the lead, and it was looking to become another routine victory for the Washington team.

I'd put my money on D.C with the home pitch advantage and a rejuvenated backstage atmosphere. Stay posted for United taking the points on May 19 with a betting line that will undoubtedly provide plus-money at either end.