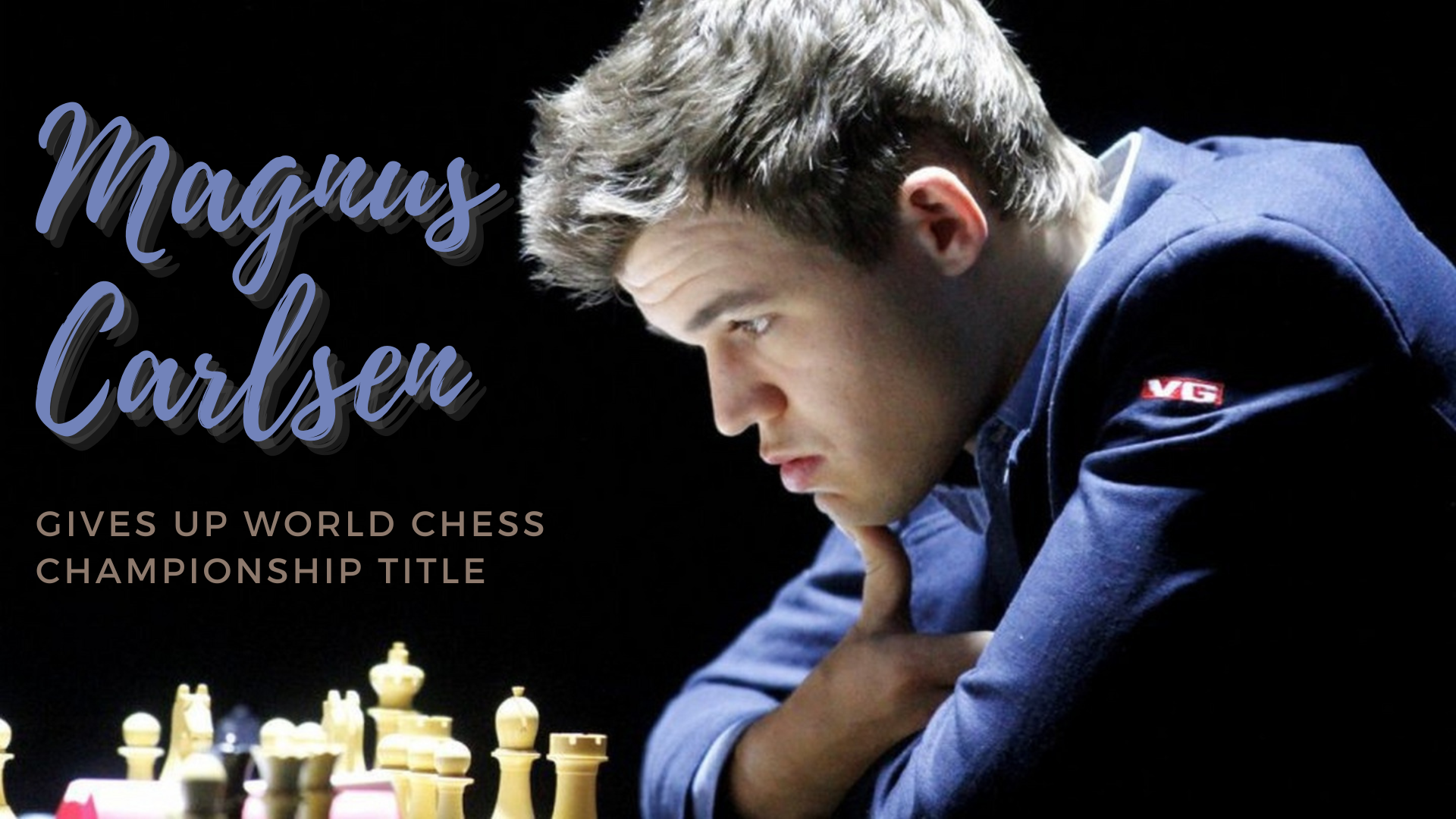 Magnus Carlsen, the Norwegian chess grandmaster, as well as the reigning World Chess Champion, decided not to defend or seek a sixth title in 2023.

On July 20, 2022, during International Chess Day, Magnus announced to the world that he would not play in next year’s world championship, voluntarily surrendering the title he has held since 2013 at age 22.

Carlsen, now 31 and a five-time world champion, said he was "pretty comfortable" with his decision, which he said he had considered for "more than a year." 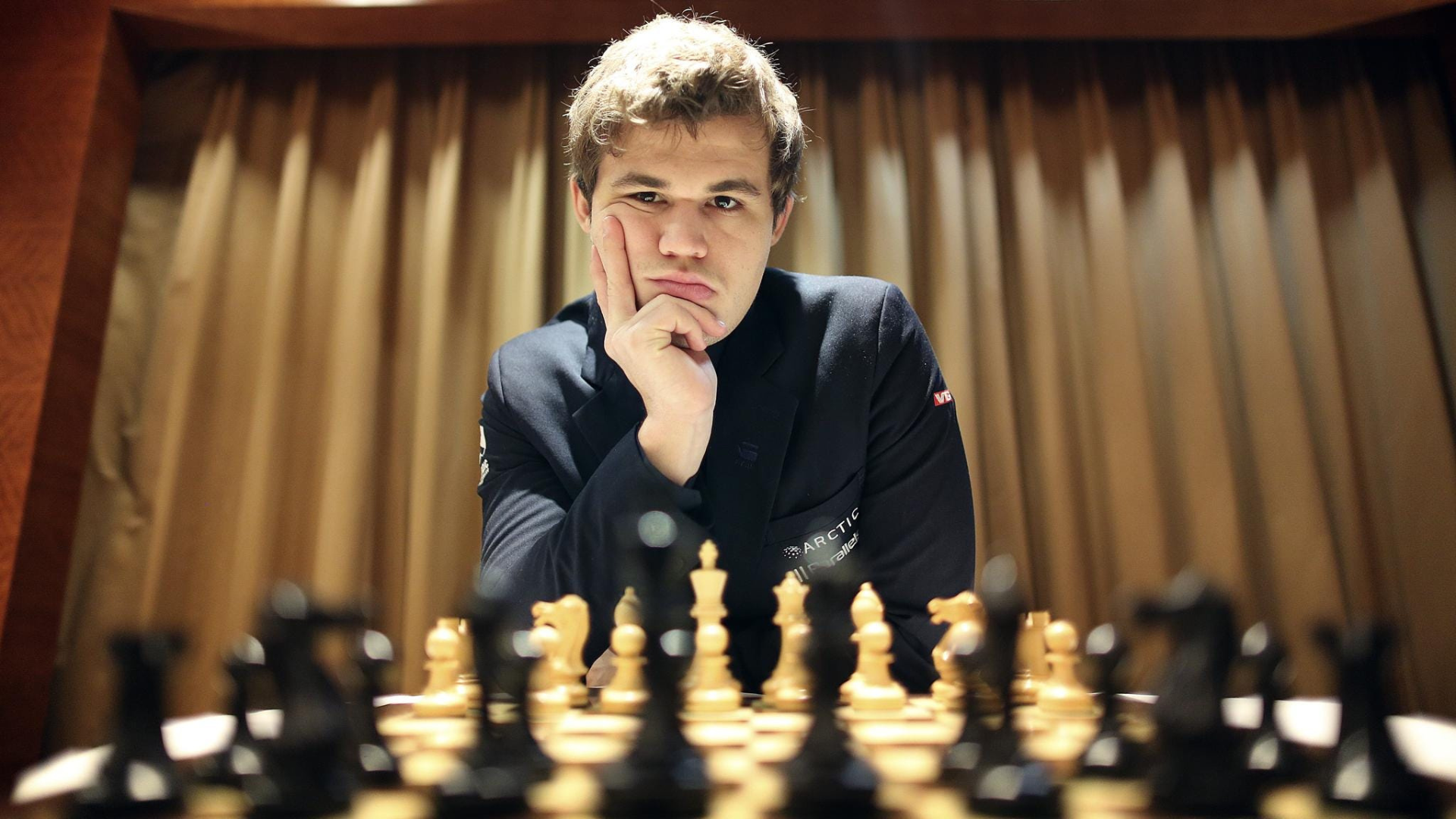 Magnus carlsen playing chess with his hand on his face

Carlsen, who displayed genius-level talent at a young age, drew with the legendary Gary Kasparov at the age of 13 and has reigned as World Chess Champion, holding the world title for nearly a decade.

The amazing thing is that Carlsen appears to have a lot more in store for him. Carlsen's 125-game unbeaten streak ended in October 2020, breaking yet another world record.

Carlsen has the potential to create something truly legendary. He is far ahead of the competition in an era of chess that is more competitive than ever.

Magnus Carlsen Giving Up His Title

Magnus Carlsen: I Will NOT PLAY in WORLD CHESS CHAMPIONSHIP

The earthquake may have been predicted, but it still shook the chess world. Magnus Carlsen confirmed in a podcast that he will not defend his title. In December 2021, the champion hinted at such a decision.

He will not play the match against the Russian Ian Nepomniachtchi, which was scheduled for the end of 2023 and which Mr. Carlsen had easily defeated in 2021.

Carlsen stated that after competing in and winning five world championships, he no longer felt the need to compete in a month-long duel.

“Ultimately the conclusion stands, one that I’m pretty comfortable with, one that I’ve thought a lot about for a long time now, I would say more than a year, probably a year and a half almost, since long before the last match. And I’ve spoken to people in my team, I’ve spoken to FIDE, I spoke to Ian as well. And the conclusion is, yeah, it’s very simple, that I am not motivated to play another match. I simply feel that I don’t have a lot to gain, I don’t particularly like it, and although I’m sure a match would be interesting for historical reasons and all of that, I don’t have any inclination to play and I will simply not play the match".

Carlsen hinted at this decision earlier this year when he stated that defending his title would be "unlikely" unless he faced a younger opponent.

He was set to defend his title against the 32-year-old Ian Nepomniachtchi for the second year in a row after defeating the Russian in 2021.

Nepomniachtchi will now compete against Ding Liren of China for the title in 2023. Champions are only crowned every two to three years due to the tournament's format.

Carlsen plans to play a lot of chess in the future, despite the fact that he will not defend his title this year. He mentioned several upcoming events across the country in which he was excited to compete.

The president of the International Chess Federation, Arkady Dvorkovich, acknowledged as much after Carlsen announced his decision to relinquish the championship.

"His decision not to defend the title is without a doubt a disappointment for the fans and bad news for the spectacle," Dvorkovich said in a statement issued by the federation that organized the world championship match. "It creates a large void."

Reactions From The Chess World 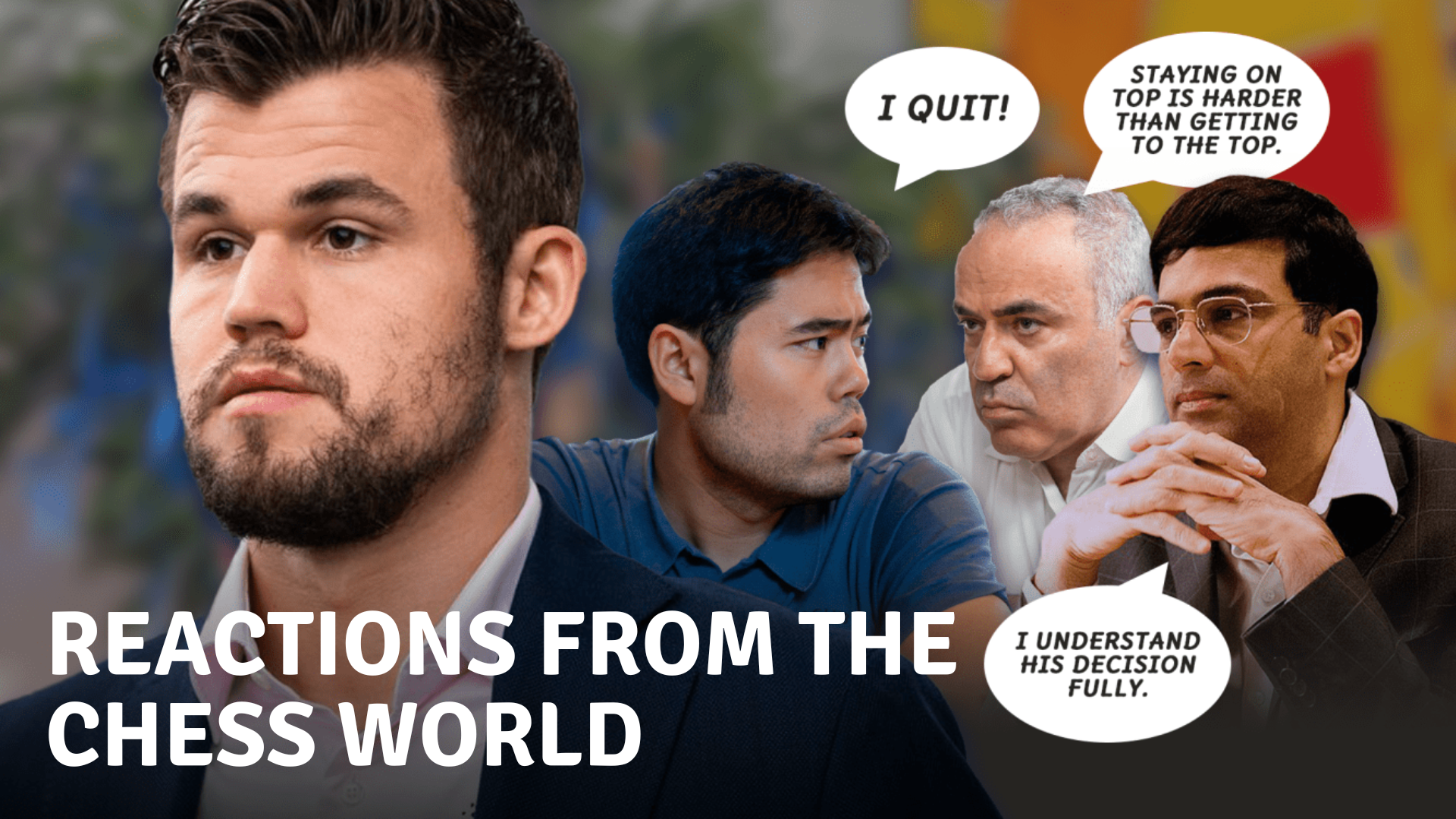 Many people were taken aback by Magnus Carlsen's decision not to defend his world title. It sparked a massive uproar in the chess world. When the news came out, other renowned chess players gave some reactions.

"Magnus certainly hasn't surprised anyone in the sense that he has been talking about let's say his hesitation or turmoil about this subject for quite some time. I think the decision still comes as a mild surprise in the sense that you almost don't think he will cross this bridge.

"But I understand his decision fully. In a way, I was also getting tired of playing matches every year or two years several times in a row. In a sense, because I lost, this problem solved itself. Magnus's problem is a little bit that he isn't losing."

"Look, I understand his decision. I think we can only have respect for his accomplishments and I wish him all the best with 2900."

GM Vladimir Kramnik, the 14th world chess champion between 2000 and 2007, is currently recovering from Covid, which is why he was forced to withdraw from Dortmund at the last minute.

"It's a very rational decision, which was expected," he wrote in an email. "Whether it's good or bad for chess itself, who knows at this moment? We will see."

GM Garry Kasparov, the 13th world chess champion from 1985 to 2000, posted a series of tweets in a Twitter thread:

"My first thought was that I wished my mother were still alive to see someone else do what I did, or similar! Walking away from what everyone expects, or demands, you do take courage. My sympathies are with Magnus."

"Of course, Magnus will still be playing, he's playing right now in Zagreb. But he's doing what he decided is best for his goals, not just personally to live his creative life, but to promote chess without fighting with FIDE guys about how he spends his time."

"Magnus has been a great champion and will continue to be one. Perhaps there was no way to reconcile his need for creative expression and the classical match format I myself a favor. So be it. On to new challenges and more great chess instead of politics."

"Staying on top is harder than getting to the top because you are competing against the feeling you have achieved your life's goal already. Staying motivated after climbing the chess Olympus is like climbing Mount Everest a second time, or a sixth. Humans need purpose."

GM Nigel Short, who co-founded the Professional Chess Association with Kasparov in 1993, competed in the first of three PCA title matches.

He emailed: "It is sad because Magnus is such a brilliant player and we all enjoy watching him. I can understand his decision though: I have only played one world championship match, and that was physically and emotionally draining enough".

"The toll of playing one after another must be stupendous. Nevertheless, the game is much bigger than one individual and we will move on. There will be new champions, with wonderful games, and we will admire them in turn."

“Magnus' decision should come not as surprising as it was circulated in mass media before and Magnus already explained his reasons. Do we really want more speculations about this topic?”

“Is it really bad for the chess world? I think the world is in such deep crisis right now, that some things like who plays whom in chess now don't look important to me at all. This too shall pass.”

Why Magnus Carlsen Is A Genius?

Carlsen's opponent in a World Championship match, Grandmaster Visvanathan Anand, praised Carlsen's talent, saying, "He has the ability to play in any position." In chess, he is an all-arounder. He is simply the most talented person I have ever seen."

Why Did Magnus Carlsen Quit?

It appears to have become too monotonous. Carlsen stated that he was considering leaving the cycle due to a severe lack of motivation. According to the Unibet podcast interview, Carlsen sees Alireza Firouzja as the only opponent who would motivate him to compete in the Championship Match.

Who Has Beaten Magnus Carlsen The Most?

Nihal Sarin has twice defeated Magnus in his career. Sarin's first victory came in an unofficial event in May 2020, when he defeated Carlsen in an Online Blitz game. Sarin defeated the Norwegian chess player in a 3-minute Blitz format in the second official game in April 2021.

In conclusion, Magnus Carlsen has decided not to defend his World Chess Championship in 2023. The five-time champion is not retiring but instead vows to "be the best in the world," even if that means skipping chess's grand events.

Thus, whether or not Magnus holds the chess title, he is still the best in the game, with no one coming close. Even if he does not win the championship, he will most likely remain No. 1 in the world by FIDE rating, the official measure of a chess player.