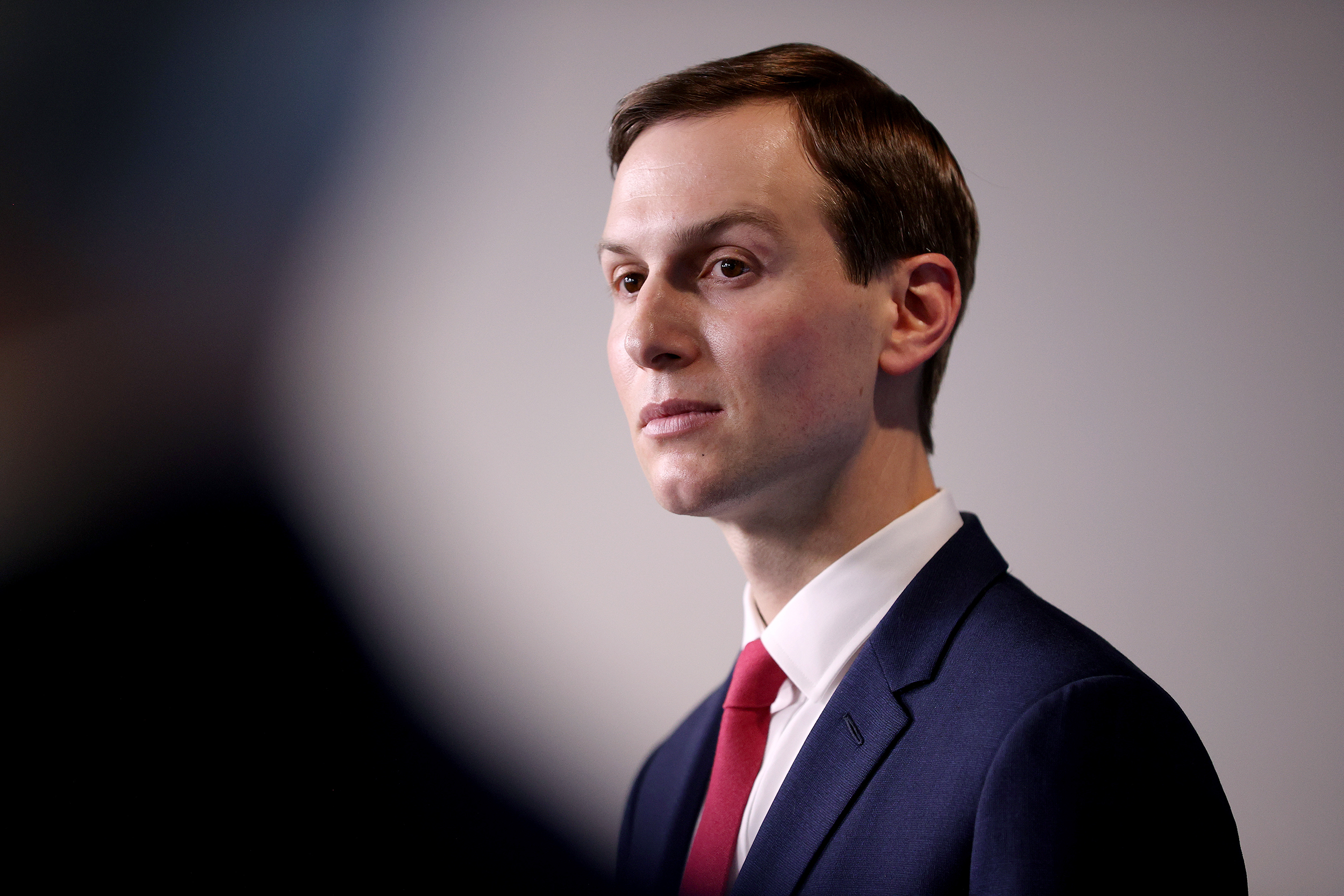 High status and a luxurious lifestyle is not a passport to a disease-free life.

He was appointed as a senior advisor in President Donald Trump's administration in May 2017.

Kushner has a wide range of responsibilities in the administration, including serving as the first director of the White House's Office of American Innovation, which was established to leverage private sector approaches to enhance government processes. 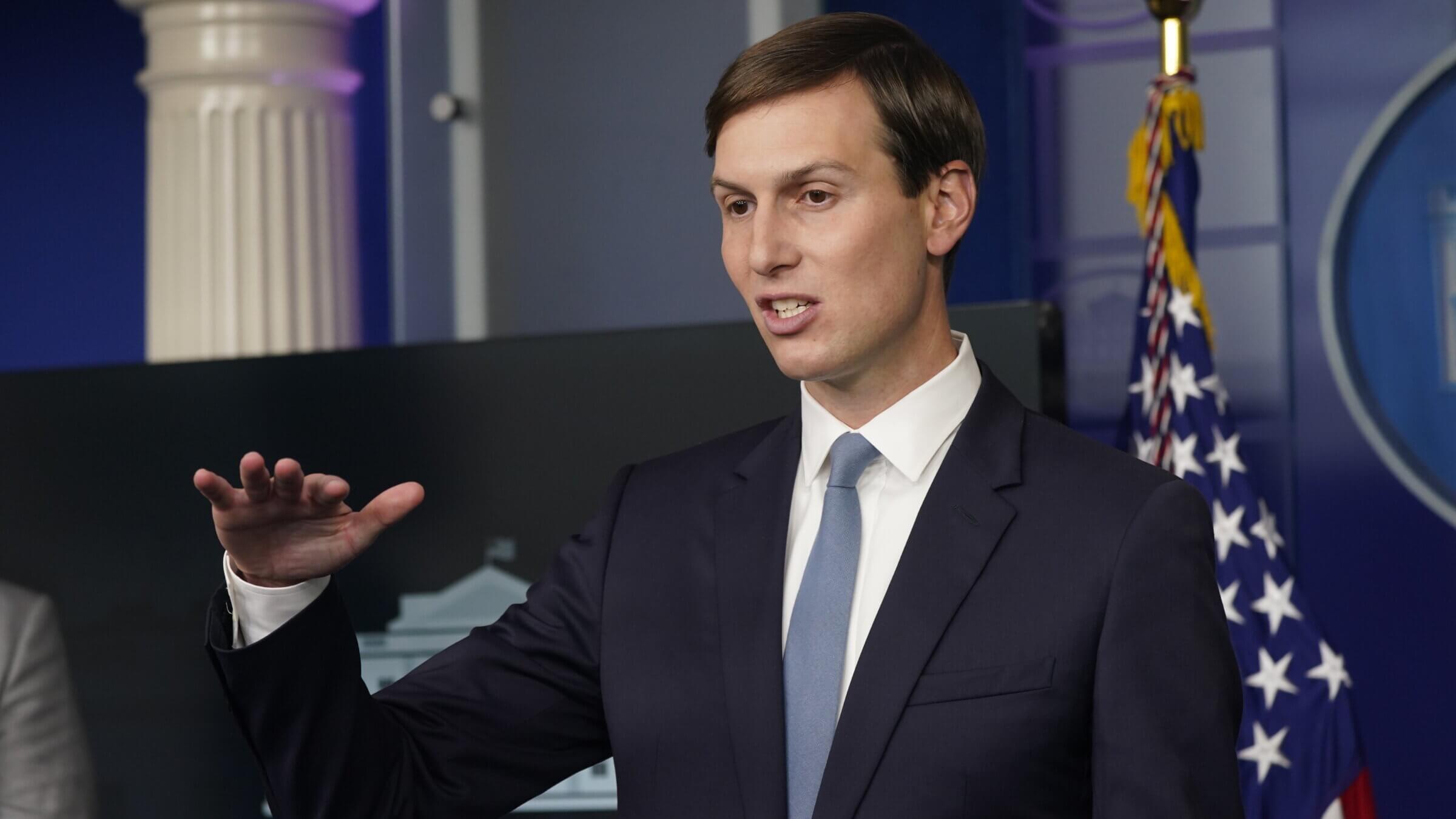 During the press conference, Jared Kushner is making statements while raising his right hand

As Kushner says in his memoir, while he was serving as Donald Trump's top White House adviser, he secretly dealt with thyroid cancer and had surgery to remove a tumor from his throat.

Thyroid cancer is a disease in which cancerous cells grow inside the tissues of the thyroid gland.

According to chapter 37 of Kushner's upcoming book "Breaking History: A White House Memoir," released on August 23, Kushner, who is now 41 years old, did his best to keep the illness out of the media and even tried to conceal it from then-President Trump.

According to what he said, he first became aware that he most likely had cancer in October of 2019, during trade talks with China.

On the morning that I traveled to Texas to attend the opening of a Louis Vuitton factory, White House physician Sean Conley pulled me into the medical cabin on Air Force One. ‘Your test results came back from Walter Reed,’ he said. ‘It looks like you have cancer. We need to schedule a surgery right away.’

Trump's son-in-law told the doctor to wait until the next day to come to his office.

He said he told Dr. Conley, "Please don't tell anyone, especially my wife or my father-in-law."

However, his doctor cautioned him that there may be long-term harm to his voice as a result of the treatment.

There is a chance that it will happen because it is mentioned on page 5 of the most recent volume of the American Thyroid Association Journal (Vol. 10 Issue 9) that injury to the vocal cords is among the most common risks associated with thyroid surgery.

"Before surgery, the doctors had warned me that the procedure could alter my voice, and it could take weeks or months to return to normal." 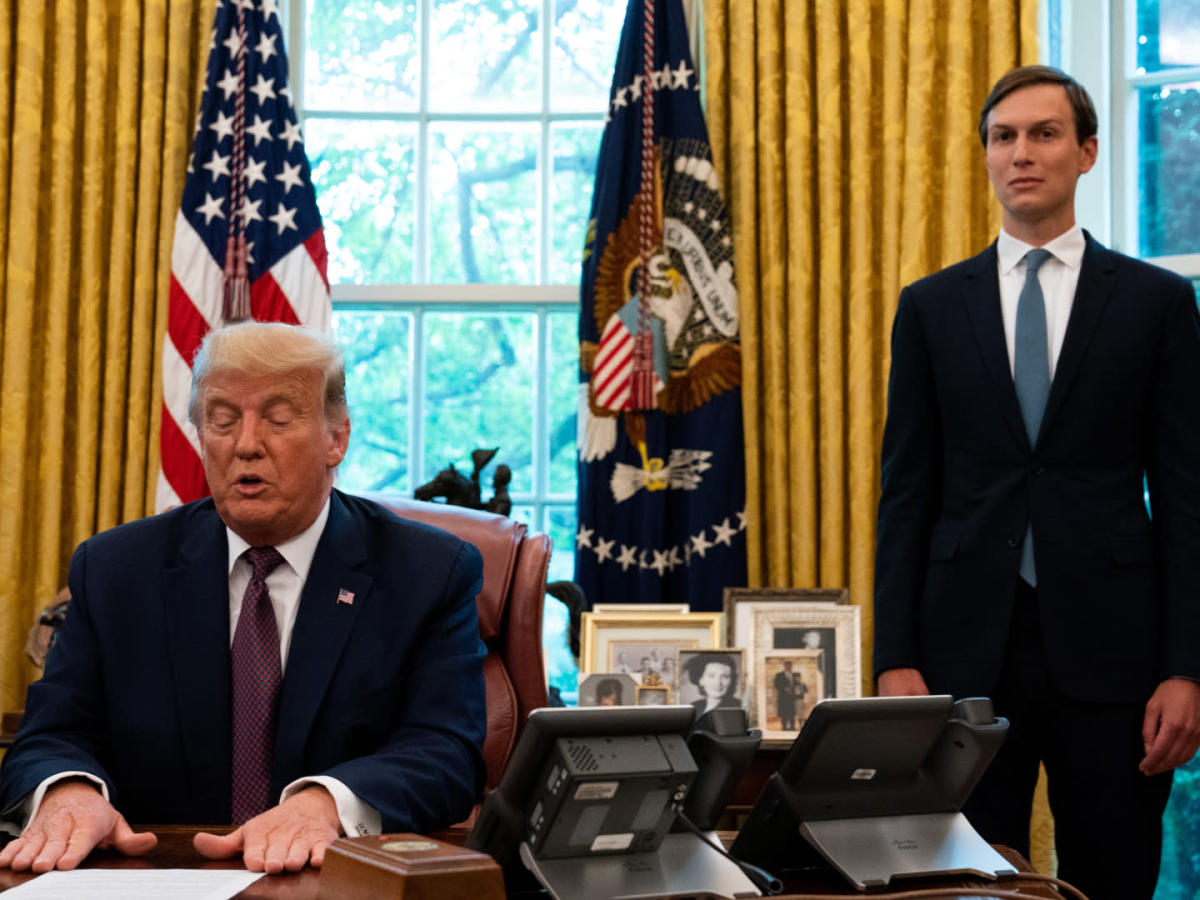 Inside the President's office, US President Donald Trump is looking down on his table, while Jared Kushner stands by his side

Before the surgery, Kushner talked about how sad he was:

With the exception of Ivanka, Avi, Cassidy and Mulvaney, I didn’t tell anyone at the White House — including the president. Every night, before I went to bed, I lingered for a few extra moments in my children’s rooms. I watched them sleep without a care in the world. I felt guilty that I had been so distracted and absent over the previous few years.

The day before the operation, Donald Trump asked him to come into the Oval Office and then motioned for his staff to shut the door.

Trump asked: "Are you nervous about the surgery?"

Kushner was taken aback as a result of the fact that he did not disclose to him his ongoing struggle with thyroid cancer.

"I'm the president, I know everything. I understand that you want to keep these things quiet. I like to keep things like this to myself as well. You’ll be just fine. Don’t worry about anything with work. We have everything covered here."

During the operation, Dr. Fahey "removed a substantial part of my thyroid," according to Kushner.

American real estate developer Jared Kushner has a net worth of $800 million.

Jared Kushner is well-known because he works in the White House under President Donald Trump and is married to the president's daughter, Ivanka Trump.

Before Trump's victory, the media didn't pay as much attention to Jared, but he was well known in the real estate world.

The headline: "Jared Kushner Says He Underwent Thyroid Cancer Surgery In 2019" reveals that in October of 2019, he underwent covert treatment for thyroid cancer which he wrote in his forthcoming book.

Carol Lee of NBC News provides a timeline of events about the diagnosis and surgery of Jared Kushner. 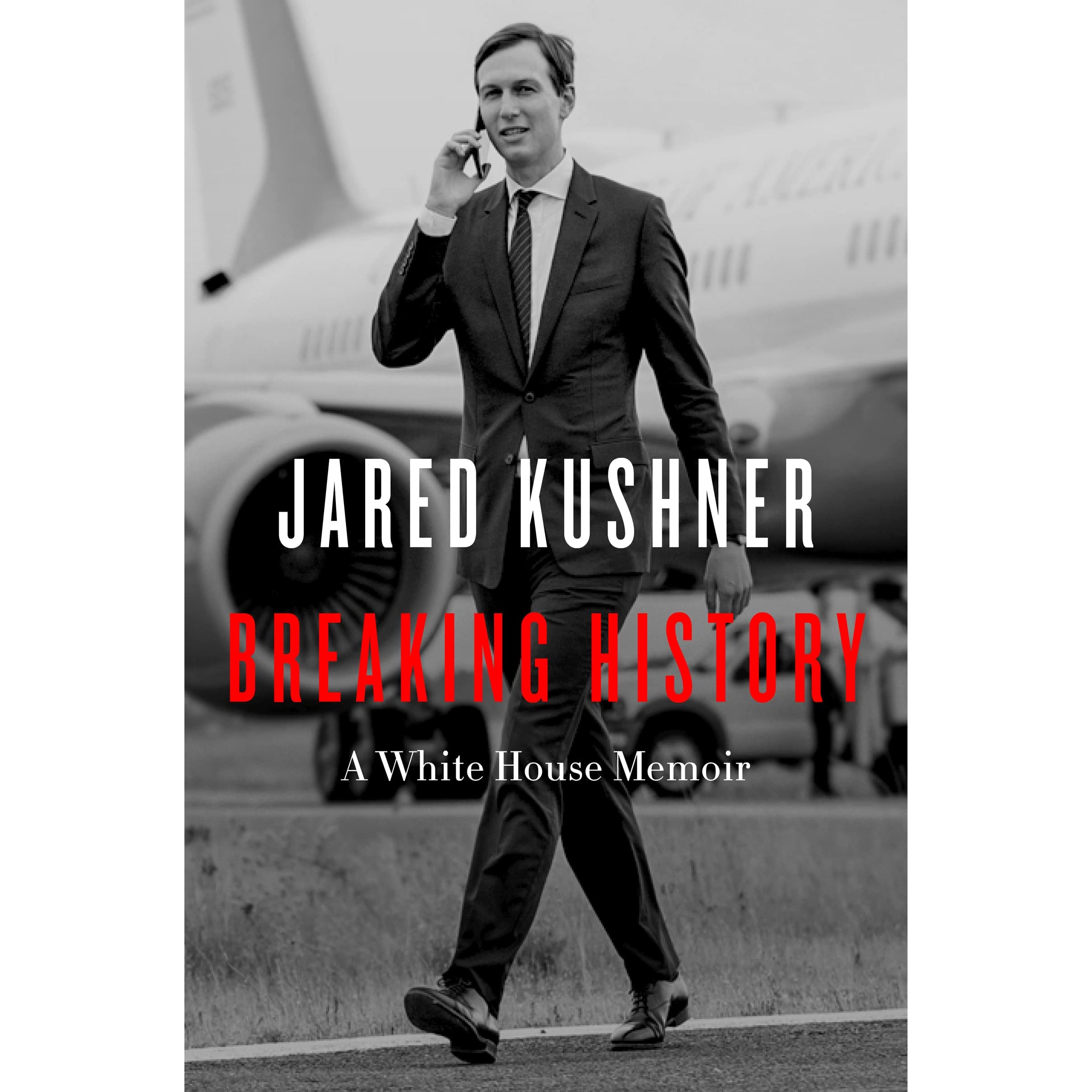 Jared Kushner is widely regarded as one of the most influential presidential advisers in the annals of modern American politics.

He describes the events that took place behind closed doors during the time that Trump was in office as president.

Kushner finally recounts his story, a fast-paced and shockingly open account of how a businessman with no political ambitions became president.

Readers will be taken inside heated debates in the Oval Office; double-crosses at the United Nations; tense meetings in Arab palaces; high-stakes negotiations; and the daily onslaught of leaks, false allegations, investigations, and infighting in the West Wing.

This book is not your standard political memoir; rather, it reads more like a true historical thriller.

Kushner describes in great detail Washington's tremendous resistance to change and explains how he was able to break through the impasses of the past.

He challenged long-held beliefs and achieved outcomes that had never been accomplished before in the areas of international trade, the reform of the criminal justice system, the manufacture of COVID-19 vaccinations, and the achievement of peace in the Middle East.

Affinity Partners is a global investment organization, and Jared Kushner is the company's founder and CEO.

Cadre and WiredScore are two of the firms he co-founded.

He was recognized as one of Time magazine's 100 most influential people in 2017.

In recognition of his contributions to the USMCA trade pact, Jared was presented with Mexico's highest accolade, the Aztec Eagle Award, the following year.

He was presented with a presidential commendation for his contribution to the planning and management of Operation Warp Speed, which was responsible for the rapid production of COVID-19 vaccinations.

Your healthcare practitioner will examine your neck in order to detect abnormalities in your thyroid, such as a nodule.

The physician may also inquire about your exposure to radiation in the past and family history of thyroid cancer.

Tests For Thyroid Function In The Blood

The image of a thyroid nodule on an ultrasound image assists your provider in determining whether it is cancerous.

Obtaining A Specimen Of Thyroid Tissue

During a fine-needle aspiration biopsy, your doctor will put a long, thin needle through your skin and into the lump on your thyroid.

Typically, ultrasound imaging is used to precisely guide the needle.

This is most commonly done as a follow-up procedure to check for any residual cancer cells.

Is Joshua Kushner A Billionaire?

Joshua Kushner is a billionaire businessman, heir, and investor from the United States.

Where Does Jared Kushner Live?

A media source says that Jared Kushner and his family lived in New Jersey, Kirkland House, and Kalorama.

What Did Jared Kushner Do?

He was the top advisor to Donald Trump, the 45th president of the United States and his father-in-law. Kushner started Affinity Partners after he left the White House. It is a private equity firm that gets most of its money from the Saudi government's sovereign wealth fund.

Ivanka Trump, Kushner's wife, and a small group of White House staff members were the only people who knew about the headline recently: "Jared Kushner battled thyroid cancer secretly."

He chooses not to reveal the illness because he views it as a private matter and not something that should be brought up in public discussion.

Kushner revealed that he is now forced to face the possibility that his time is up.

He also feels so scared and afraid to die, so he pours his heart out in prayers, hoping that the operation will go well.

Despite Kushner's best efforts to keep the operation a secret, his father-in-law was able to find out about it.