The Foreseeable Future Of Bitcoin As A Benefit 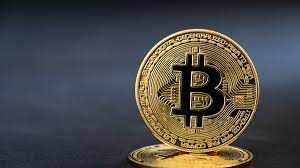 The low degree of popular acceptance of Bitcoin makes it a cost-effective solution for those who need to go past government limitations on the banking sector and who want to save money in a liquid store of value that is not vulnerable to government inflation. On-chain Bitcoin transactions would be substantially more expensive if it were widely adopted as stated in the section on scaling, making it more difficult for people to carry out the uncensorable on-chain transactions to avoid government laws and restrictions.

As a result, the widespread adoption of Bitcoin will have a significantly greater beneficial impact on individual freedom, limiting the government's capacity to fund its operations via inflation. Money provided by government helped to give rise to a totalitarian and authoritarian managerial state in the twentieth century. Economically unproductive government mandates are unlikely to last long in a society based on hard currency since there is no need to keep funding them. Let's take a look at the foreseeable future of Bitcoin.

Noteworthy Difference Between Gold And Bitcoin

Running a Bitcoin node and sending money without permission or revealing one's identify is one of the most important aspects of Bitcoin's decentralized nature. To access a bitcoin wallet, all you need is a string of letters and numbers that you can recall from a long list of possible combinations. A Bitcoin private key is considerably simpler to transport than a horde of gold, and it is lot easier to convey it throughout the globe without the fear of it being stolen or seized.

A major difference between the gold-backed money that governments have seized and the bitcoin-backed money that people can keep in storage and only use to transact through intermediaries is that people are able to keep the majority of their bitcoin savings out of the hands of government and only use smaller amounts to transact. Cryptocurrency is unique in that it puts governments at a distinct disadvantage when it comes to taxing and seizing it.

The Future Use Of Bitcoin

In the case of tiny payments, the distributed ledger is unlikely to be used; instead, second layers will be used. Online banks will issue Bitcoin-backed tokens to customers while keeping their Bitcoin hoard in cold storage, allowing each customer to audit the intermediary's holdings in real time and verifying that inflation is not occurring through online verification and reputation systems. This is how Bitcoin can be seen as the new emerging reserve currency for online transactions. Transaction costs for on-chain transactions would be eliminated, allowing for an endless number of transactions to be completed online.

As Bitcoin's market value rises and transaction fees rise, it is beginning to resemble a reserve currency rather than a medium of exchange for ordinary transactions. The bulk of Bitcoin transactions are not recorded on the blockchain, but rather on exchanges and different Bitcoin-based online platforms, such as gambling and casino websites, even though public acceptance of Bitcoin is still at a low level. This kind of company will only use the Bitcoin network when a consumer deposits or withdraws money, and will keep all of their transactions on their own internal ledgers.

Due To The Fact That Bitcoin Is Digital Cash

Rather than being a replacement for cash payments, Bitcoin's comparative advantage may be that it enables cash payments to be made across large distances. A broad range of choices are available for small-scale in-person payments: actual currency (cash), bartering, favors, credit cards and bank checks, among others. As a result of current technological advancements, there are several choices for settling small-scale payments at a very low cost.

In the long run, it is likely that Bitcoin's advantage lies not in competing with these payments for small amounts and short distances, but rather in bringing the finality of cash settlement to the digital world, which has created the fastest method for final settlement of large payments over long distances and national borders. Because of these payments, Bitcoin's benefits become most apparent.

Bitcoin In Less Than Ten Years Of Existence

It is now possible to make overseas payments using Bitcoin at costs that are far cheaper than those of traditional international wire transfers. This is not a claim that Bitcoin will replace the international money transfer industry, but rather a statement that it has the ability to provide liquidity for the global economy.

Bitcoin's network is now unable to manage the volume of these international transfers, and as more people switch to Bitcoin, transaction costs will grow, further restricting the market. However, this would not be the end of Bitcoin, since the ability to transmit individual payments is not the only constraint of Bitcoin.

The Bitcoin network is able to settle large-volume payments within minutes because it is devoid of counterparty risk. Because of its verifiable record, cryptographic security, and resistance to third-party security weaknesses, Bitcoin compares well to the settlement payments between central banks and big financial institutions.