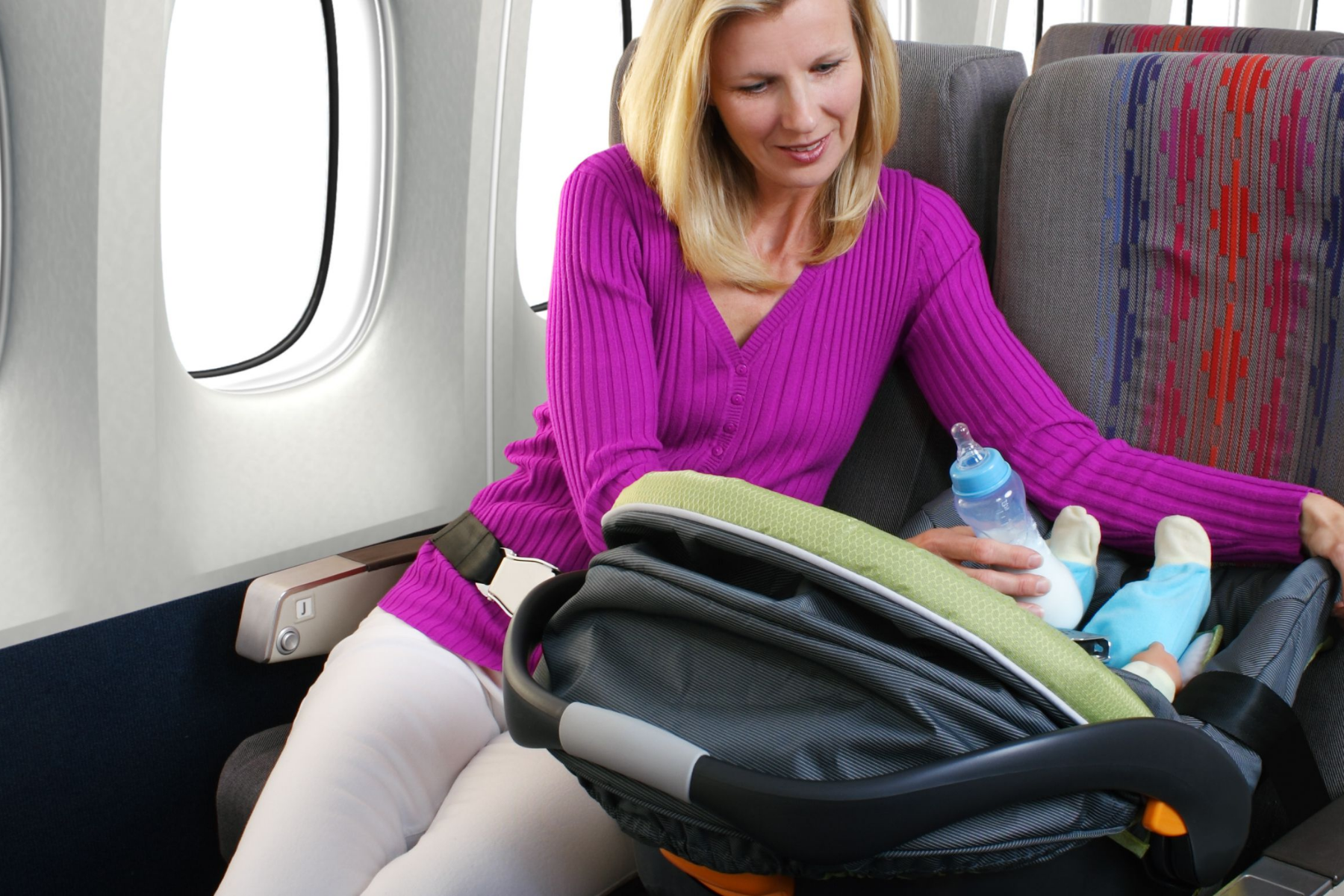 Since there were more cases of children passing away as a result of being involved in car accidents, the public became aware of car seats. The best approach to protect your children while they are traveling in a vehicle is to use a car seat, which is also known as a child safety seat.

One of the top causes of death and injury for children is being involved in a car accident. Because they help prevent deaths, using a car seat is required by law in every state in the United States.

In fact, this brand-new invention that was developed to safeguard children is also helpful when flying in an airplane. You will be able to protect your children while flying with a car seat.

Is A Car Seat Really Necessary On Airplanes?

What you need to know about car seats on airplanes

Even though it isn't necessary, the Federal Aviation Administration (FAA) strongly suggests that you put your child in a restraint system that has been given their stamp of approval.

On the airplane, your child is at a greater risk of injury if they are sitting on your lap or if they are simply wearing the basic seat belts.

Different Types Of Carseat To Use On Airplanes 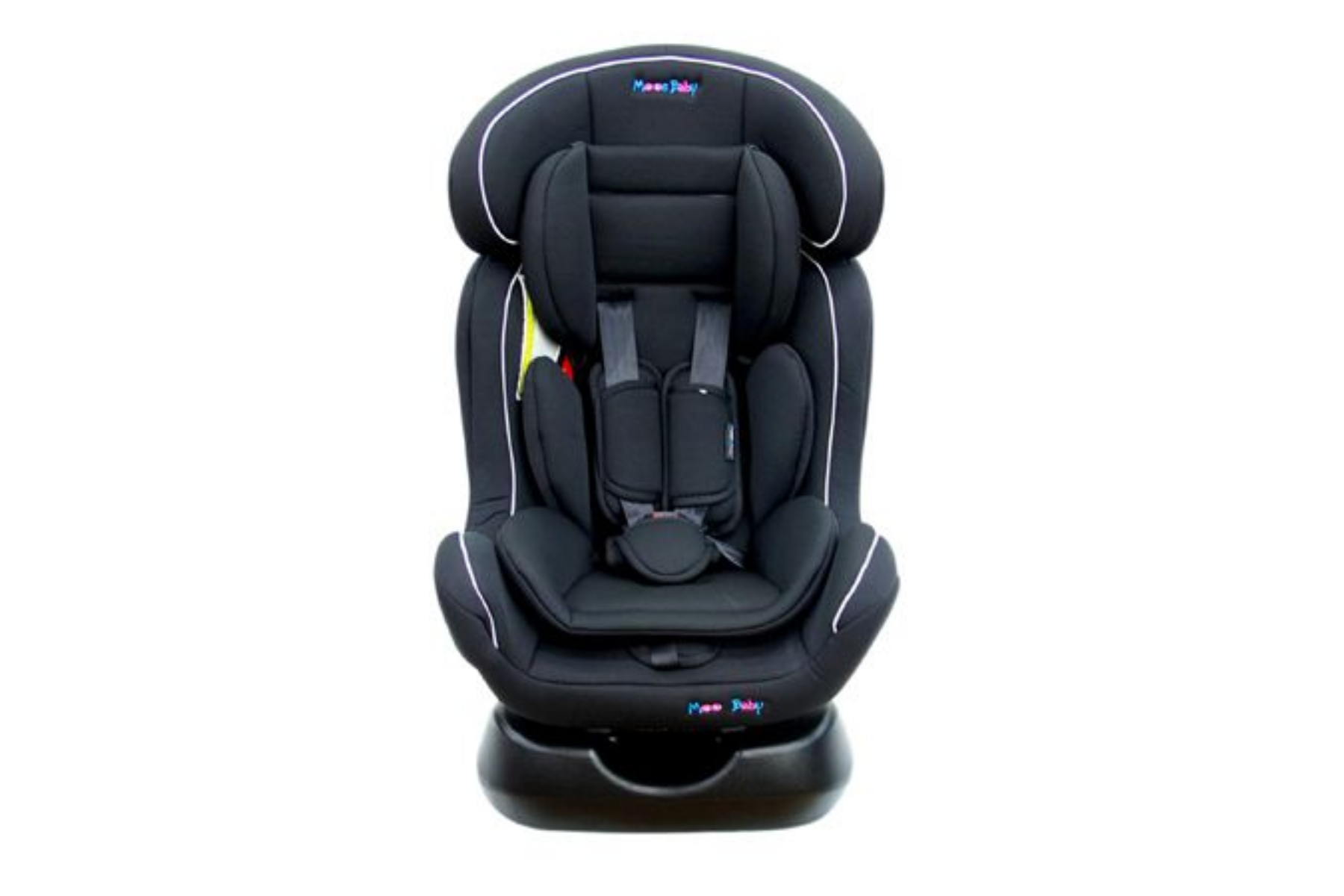 A child restraint system, or CRS, is a kid safety seat that has a rigid back and is certified by the government for use in automobiles as well as aircraft. The FAA is in charge of the approval process for some CRS, but not all of them.

Guidance from the FAA and the website of the National Highway Traffic Safety Administration both have additional information that can be accessed.

A CRS is a regular car seat, but not all car seats are approved by the government for use on planes. CRS devices that have been approved will have a label that says you can use them on airplanes.

It matters what the label says. It needs to show up on your CRS. If it isn't, you might have to check your car seat as suitcases and leave your child on the plane without a CRS.

How much does it cost?

Prices for child safety seats start at around $100 and go up from there. The cost differs from product to product and is affected by factors such as mobility, additional features, and the manufacturer.

The most important thing is to check that it conforms with the most recent ECE (Economic Commission of Europe) regulations and that it has the right stamp or sticker on it. This is the most crucial item. 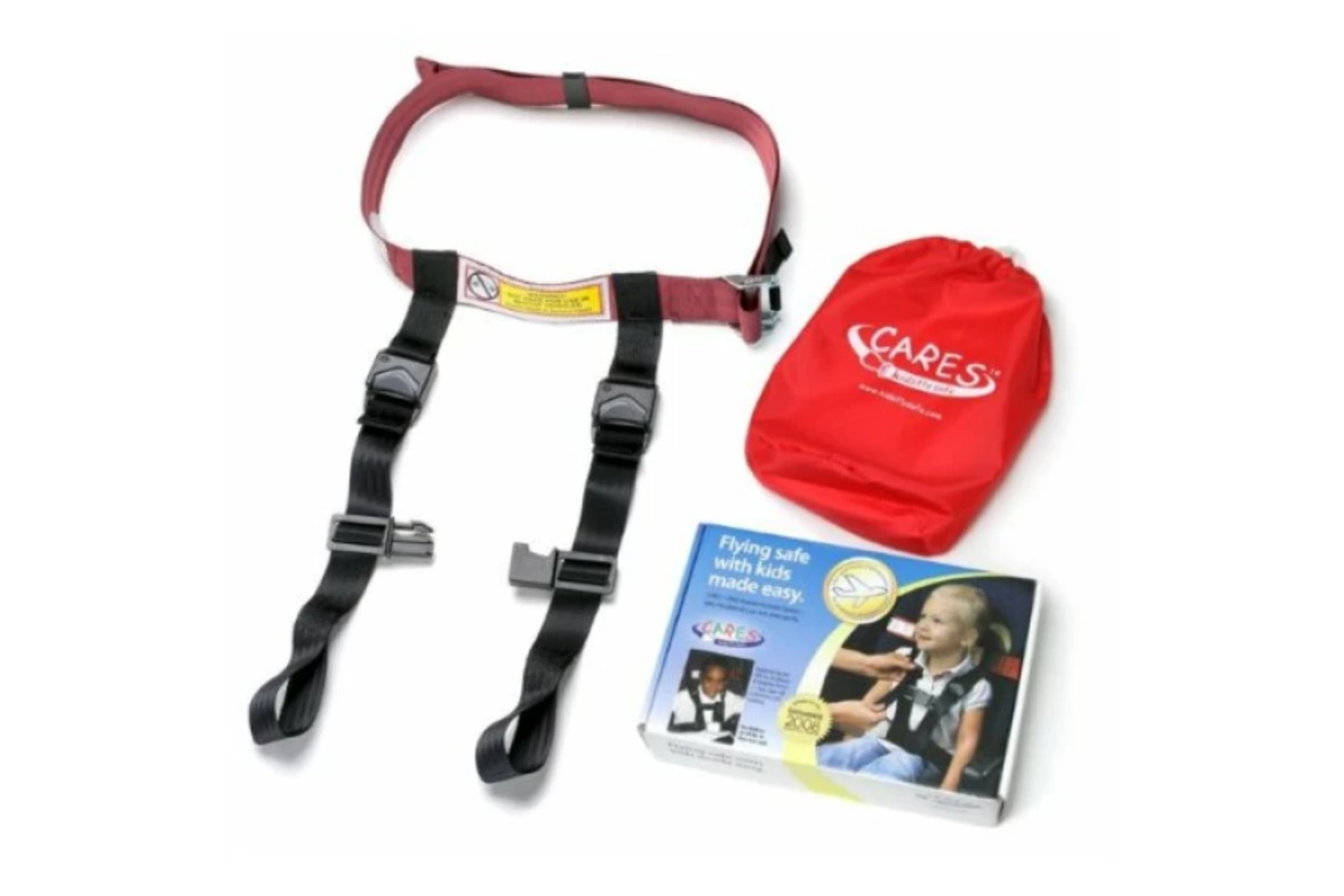 A belt in black and red with a bag and box

Usually, CARES is the alternative for CRS. The CARES Child Aviation Restraint System is a child safety belt that has been developed especially for use in airplanes by children aged one and older who weigh between 22 and 44 pounds.

These children are of an age when they should be seated in their own seats, but they are not yet big enough for the seat belt by itself to offer the level of protection and security that is important for them while they are flying.

Their bodies are not able to take the shock that is normal in routine flight travel, much less the shock that happens in emergency situations, and if they are not kept securely in place, they will flop forward or slide under the seat belt.

More and more young children are flying in airplanes every year. However, before the creation of CARES, there was not a simple and uncomplicated method available for protecting the safety of young passengers.

How much does it cost?

On eBay, you can purchase Child Aviation Restraint System for $109.99.

Lower anchors can be used instead of the seat belt to install the car seat, and many parents find them easier to use in some cars. Whether you use the seat belt or lower anchors to secure a forward-facing seat, you should always use the top tether.

Both the seat belt and the LATCH system are safe, so caregivers should use whichever one works best for them, their child's car seat, and their vehicle. In general, caregivers should only use one of the two options, unless the car safety seat and vehicle manufacturers say it is good to use both at the same time.

Does A 3 Year Old Need A Seat On A Plane?

During the flight, it is not required for you to place your child who is 3 years old in a child safety seat. On the other hand, the Federal Aviation Administration (FAA) strongly recommends that you buckle your child into a child restraint device that has been authorized (CRS).

What Do You Do With A Car Seat When Flying?

It is possible to check car seats and strollers in the same way as any other item (at no charge at most airlines). Get your luggage tag as soon as possible if you plan to check any things, regardless of whether you do it at the ticket office or the gate.

Even if you won't be boarding for quite some time, you should still fasten your luggage tag to your belongings as soon as you can.

Can You Gate Check A Car Seat And Stroller?

In addition to the number of bags that can be checked for free, passengers traveling with newborns and young children are permitted to bring one free-of-charge folding stroller and one car seat.

One of the most important things you have to do as a parent is to make sure your child is safe during the travel. Make sure you're doing your part to keep them safe by buying one of the two cat seats mentioned above.

This will make them feel more comfortable, just like you do when you fly.