Fandom Returns To SDCC 2022 With The Most Anticipated Annual Party 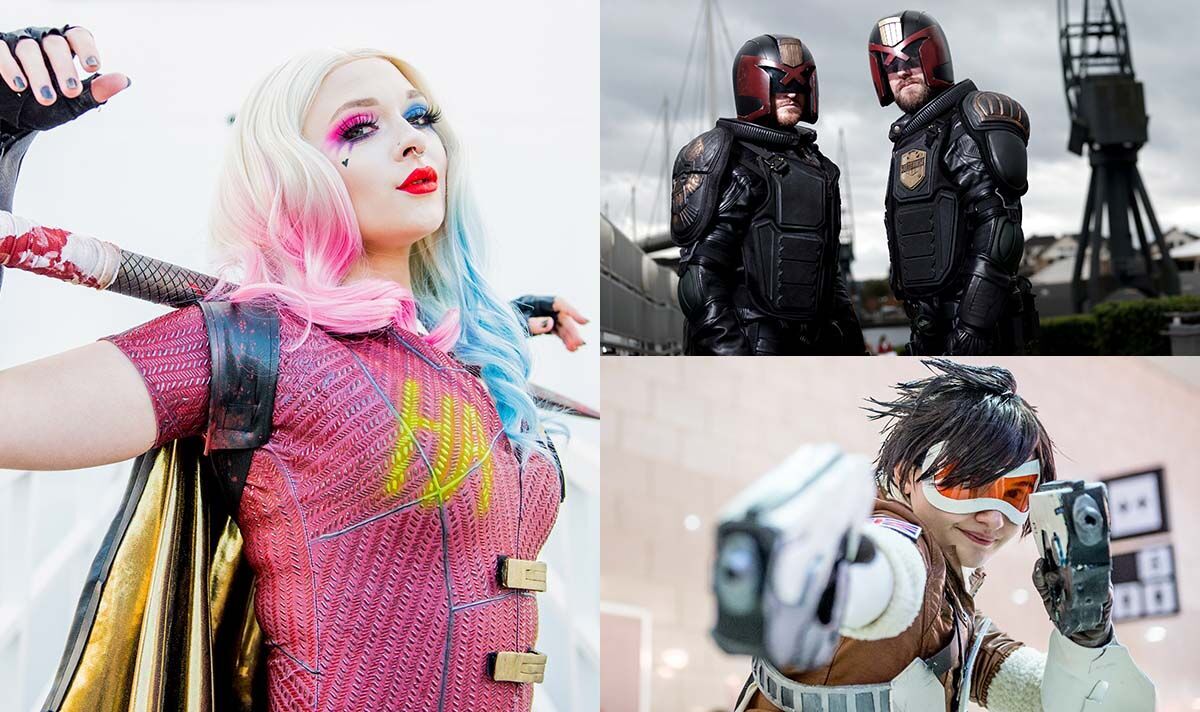 The fifth annual party will be hosted by Fandom and presented in partnership with Paramount+ as well as Z2 Comics.

A performance by a surprise musical guest, experiential activations, entertainment-inspired installations, and more will be featured on the Hard Rock Hotel's Float, which will also be attended by celebrities, VIPs from the entertainment industry, and fans.

San Francisco, CA – the largest fan platform in the world, fandom returns to SDCC this year with its annual party.

They will be doing so in partnership with the premium streaming service Paramount+ and the graphic novel and collectibles publisher Z2 Comics. 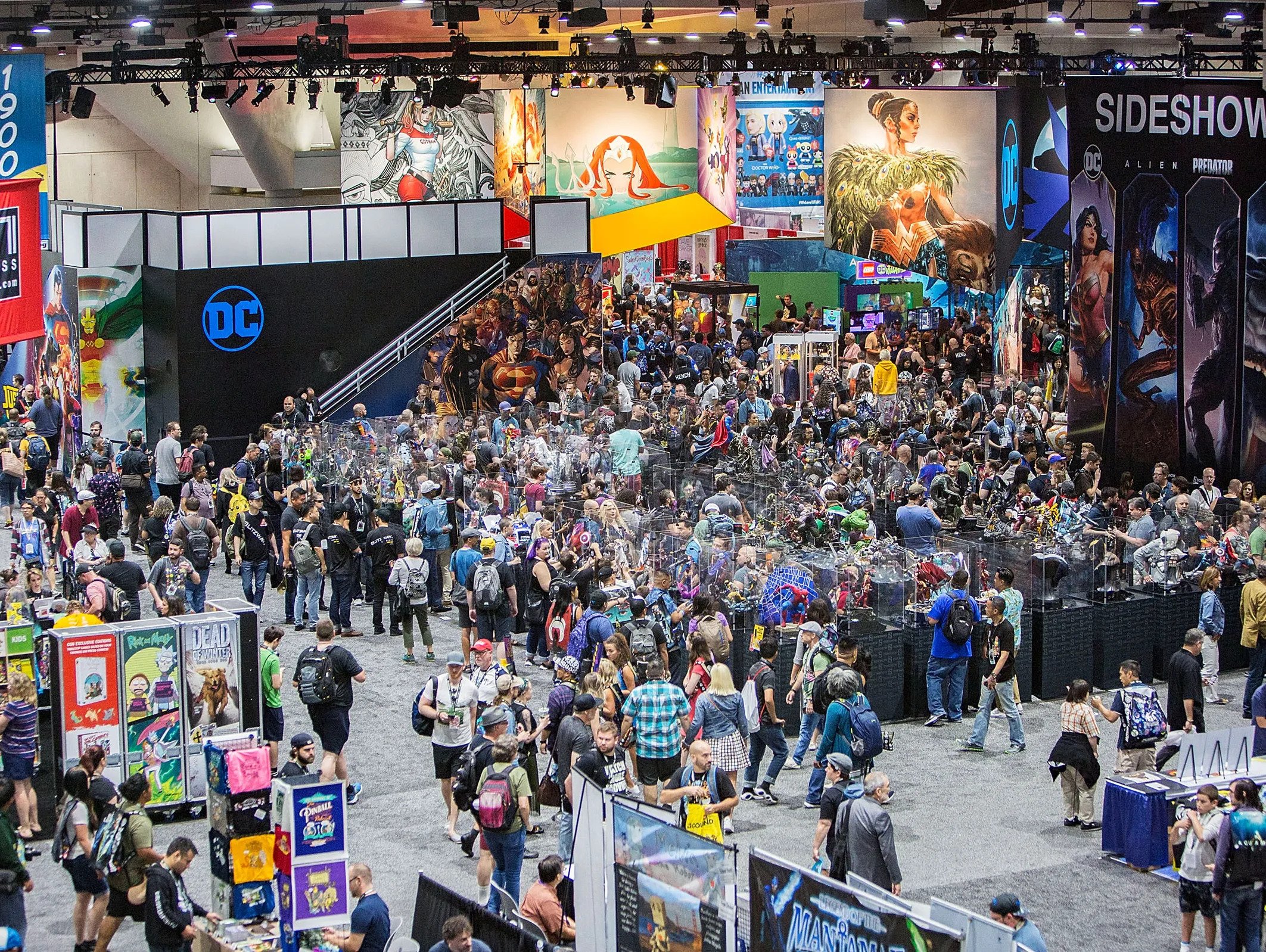 People at the comic-con event

The immersive event will return to Float at the Hard Rock Hotel on July 21 at 7:00 p.m. and continue until 11:00 p.m. after taking a break for the past three years.

Guests will have the opportunity to experience some of the most well-known franchises in popular culture, such as Halo, Beavis and Butthead, and the Star Trek universe, in a way that is both entertaining and immersive, something that can only be offered by Fandom.

This experience will include themed activities, interactive photo booths, and a menu that is inspired by entertainment.

There is no better place to come together and celebrate your fandoms than San Diego Comic-Con and we’re excited to finally bring back this immersive experience, Being back together in person with fans, creators and partners is a true fan homecoming.

Z2 is where culture and comics meet, so who better to partner with at the 2022 San Diego Comic-Con but the incredible teams at Fandom and Paramount+, Excited for everyone to see what we have in store!

Attending San Diego Comic-Con in and of itself is unquestionably an adventure.

Other, more localized conventions of a smaller scale are distinct from this exhibit and are unable to compete with its scale or "glitz."

Even the show's companion, Wonder Con, is no match for the magnitude of this one.

The question is, does it justify the cost.

Yes, it justifies all the expenses.

From its humble beginnings to the monster that it is today, it is an event that a fan of pop culture should aim to attend at least once.

It has grown from its humble beginnings to the monster that it is today.

Because you are likely to feel overwhelmed on the first day, you should make every effort to stay for more than one day if at all possible.

Take it all in and make an effort to walk the show floor, attend some of the panels, and perhaps participate in some of the events that are being held at the show.

There is a presence there from all of the major publishing houses and film studios, including DC, Marvel, Disney, Warner Bros., and others.

It is a show for fans of many different sorts of media, including comic books, video games, cosplay, movies, toys, and so on and so forth.

There is some aspect of interest to each and every person.

In addition, there are vendors selling a wide variety of goods, including comic books, video games, manga, toys, and many others.

Be aware, though, that you won't be able to accomplish everything in a single day; if at all feasible, attend the event with a strategy in mind.

In addition to this, it is addictive, which means that if you try it once, you will likely want to try it again.

Everything at the Fandom party is made "For the Love of Fans," including the custom collector items, interactive picture booths, and a bar decorated in a Halo theme.

The Fandom Party is an event that welcomes not just fans but also celebrities, press, and influential people in the business. Doors open at 7:00 p.m. 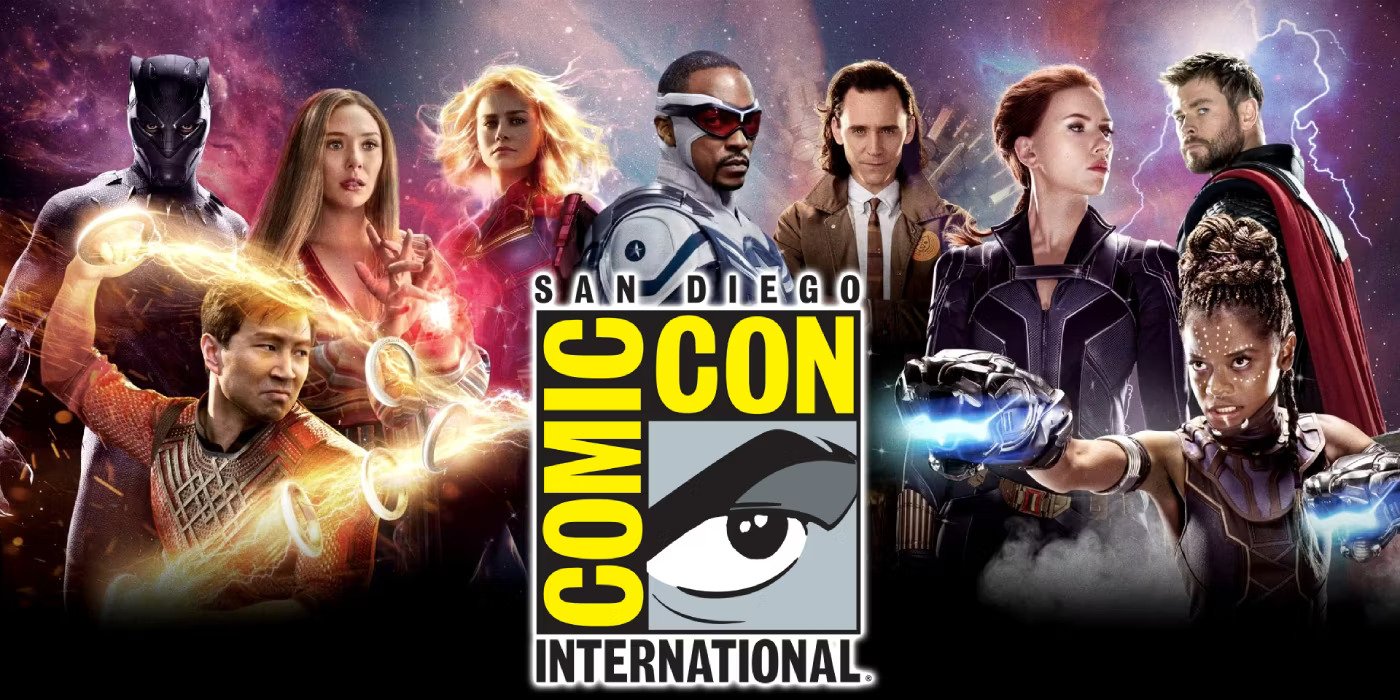 Comic-Con is a nice step away from reality (especially during a pandemic), as well as an opportunity for comic book lovers to bond over common passions.

This event can take place in person or online (i.e., an all-virtual San Diego Comic-Con in the year 2020), but it serves the same purpose.

However, as time has passed, it has become more commercialized and pricey (with the exception of 2020, when it was free to attend Comic-Con virtually), which has caused many people to question whether or not it is still worthwhile to travel to Comic-Con or whether it has become overvalued.

People really enjoy the out-of-the-box highlights of these events and almost every year 100,000 people attend these events. This number is increasing year by year.

Kriston P said she liked the event, "I attended Comic Con with my daughter ans husband. We really enjoyed the panels and multitude of booths. There were so many people, but it was well organized. More seating would have been nice, but everything else was thoroughly enjoyable."

Another user also mentioned, "You must come to San Diego for Comic Con. Even if you don’t have tickets. The fun madness is all over downtown along with the Stars. See a free super Hero movie in a park or sip special concoctions and hero-watch. Do it!"

One user Traveled Viking did not like it, "This WAS a great convention to check out before it became too much of a high end popularity contest. Lines are long, food is expensive, and there is just way too many people trying to see/do the same thing!"

If you want to get the details about the SDCC 2022 event, some information is provided below.

There is a wide selection of tickets, sometimes known as "badges," available for purchase at the San Diego Comic-Con. Ticket prices and availability may vary.

The pricing of badges for the year 2022 is such as with adult badges costing $69 for a Thursday, Friday, or Saturday badge and $47 for a Sunday badge.

Let's talk about Fandom and what people think about it.

Fandom is the largest fan platform in the world, and it allows users to immerse themselves in fictitious worlds spanning the entertainment and gaming industries.

Fandom.com is the number one source for in-depth information about pop culture, gaming, TV, and movies, serving more than 300 million unique visits each month and hosting more than 250,000 wikis.

Fandom has received a consumer rating of 1.8 stars out of a possible 5, which indicates that the vast majority of customers are unhappy with the products they have purchased.

Fandom is ranked 130th among other sites related to video games. But it has mixed reviews, some like the fandom website while others are disappointed.

Micheal Gonalez said, "This website has the best wikis for fans and has the nicest users too. There are better recourses that tell you about movies books and video games."

While Kordon is unhappy with the Fandom, "Fandom is no longer an open-minded platform. It is a cult-like platform with closed-minded censorship from holier-than-thou people and an extremely buggy system that prevents proper editing on webpages." 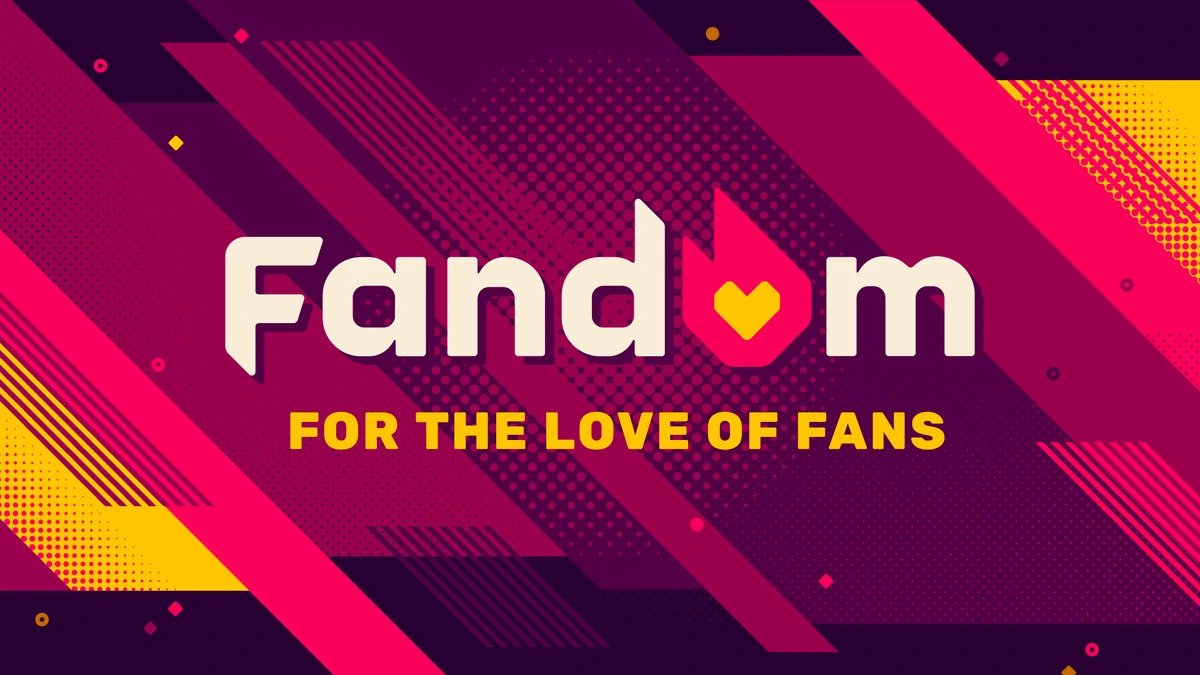 Fandom logo on a purple-pink-yellow background

Live sporting events, the most recent breaking news, and a mountain of entertainment can all be found on Paramount+.

These brands and studios include BET, CBS, Comedy Central, MTV, Nickelodeon, Paramount Pictures, and the Smithsonian Channel, among others.

Paramount plus logo on a blue background

The company was recently dubbed the "Hottest brand in music" by Forbes.

Simon & Schuster is responsible for the worldwide distribution of Z2's graphic novel properties, which include more than 50 distinct titles. 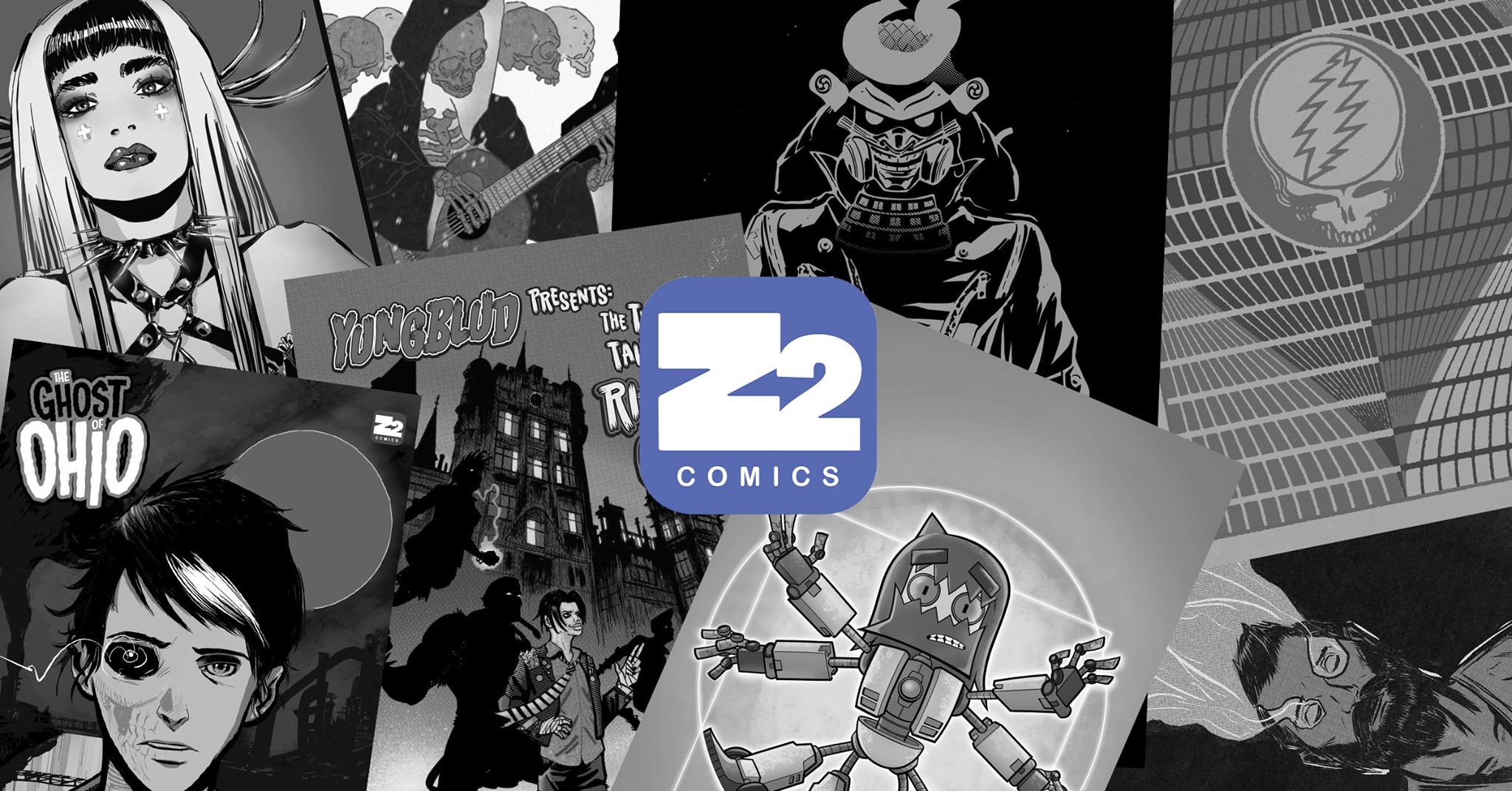 Z2 Comics logo on the background of comic book posters

Pinfinity is revolutionizing the world of collecting by providing fans of entertainment properties with augmented reality experiences that are combined with the company's high-quality and patent-protected pins. 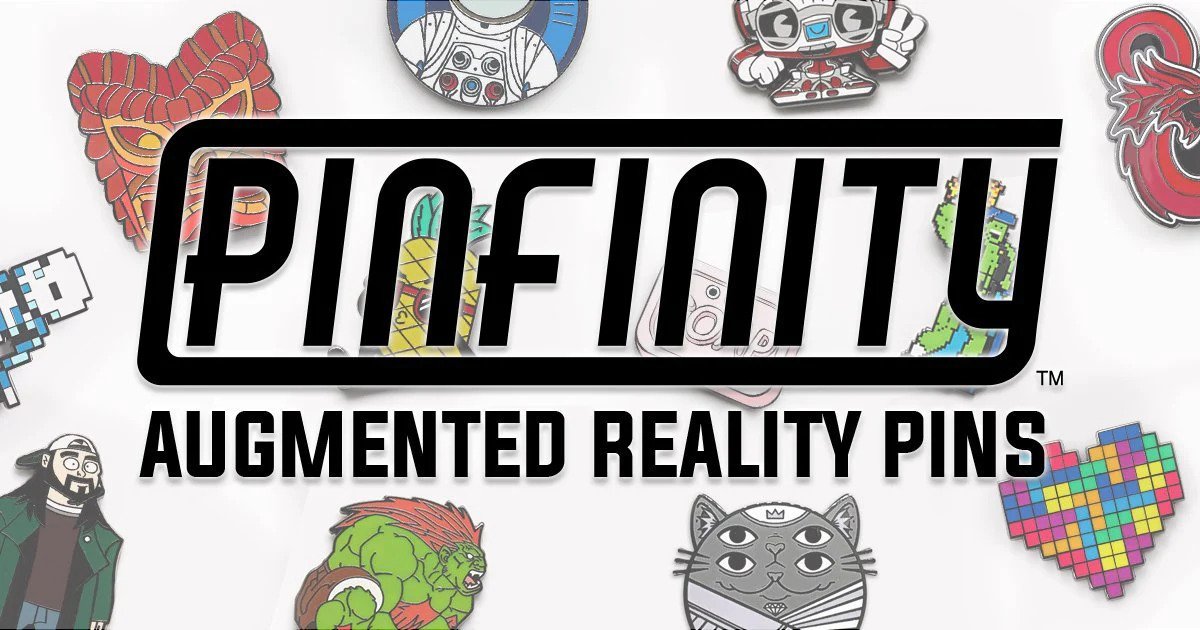 Pinfinity written on the background of different AR pins

Yes. From the 21st to the 24th of July in 2022, Comic-Con will make its first appearance in the San Diego Convention Center.

How Much Cash Should I Bring To Comic-Con?

In most cases, $200 is satisfactory. If you are concerned about losing your money, you should aim to bring the majority of it with you on the day that you want to spend the most time buying things from the vendors.

Fandom is back in San Diego for comic-con 2022 with its annual party on July 21. What is your reaction? Are you excited about it?