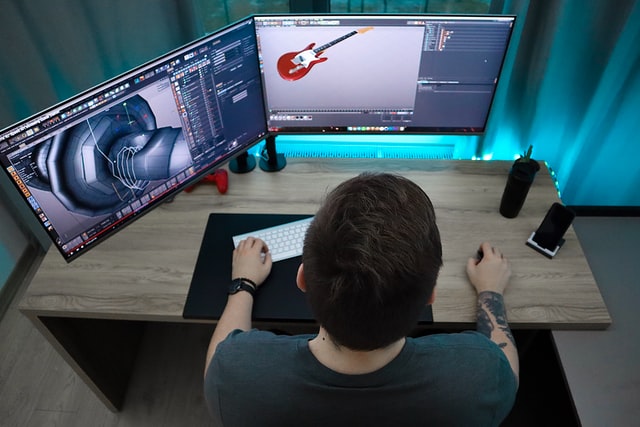 Perhaps Michael Crichton’s 1990 sci-fi novel “Jurassic Park” about cloned dinosaurs would never be a 1993 blockbuster Steven Spielberg film of the same title without the aid of computer graphics programming.

In a book, any seasoned writer can skillfully describe how a Tyrannosaurus rex appears while escaping from a cage, devouring one hapless human being, and chasing a moving vehicle.

In a movie, how can you show a T. rex doing all that without computer-generated imagery (CGI), aka 3D imaging?

CGI, a kind of technology where images and special effects are created, is just one of the wonders of computer graphics.

Not only in the field of entertainment (movies, TV, video games,) is computer graphics programming applied but as well as in architecture, art, engineering, medical field, and photography, among several other areas. 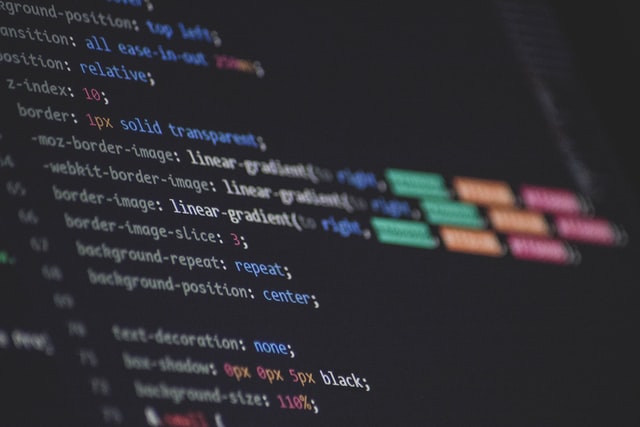 Sample program script as displayed from a desktop monitor

In his 2020 LinkedIn article, Indian developer Raj Madhuram identified some of the areas that beginners need to study when learning computer graphics programming:

Madhuram, the former principal software engineer at Yahoo!, also underlined the importance of math in computer graphics programming. He said that beginners need to study:

(a) analytic geometry or coordinate geometry

In addition, Madhuram said that for “more complex” areas of computer graphics programming (e.g, shaders, render pipelines), beginners must have a “deep knowledge” of the following:

For beginners, Arnebäck suggests that they initially stay away from modern graphics API (Application Programming Interface), such as WebGL, Vulcan, OpenGL, Metal, and Direct3D.

Describing the above-mentioned graphics APIs as “not beginner friendly,” he said that they tend to “turn off” many first-time learners.

For Arnebäck, those who are new to computer graphics programming should instead begin writing a ray tracer and a software rasterizer. It will be easy for them to do so because, according to him, those two are just “simple algorithms.” Therefore, writing those two will be a “good” place to start.

In addition, the process of writing those two will expose beginners to several essential computer graphics concepts, including the following:

For writing a ray tracer, Arnebäck told beginners to read books by American computer scientist and computer graphics researcher Peter Shirley, such as the following:

As for writing a software rasterizer, Arnebäck suggested the following online/offline sources:

(b) “Rasterization in One Weekend, Part I,” a 2018 WordPress blog post by Tayfun Kayhan, a Turkish graphics software engineer at Intel Poland.

(d) “Computer Graphics from Scratch: A Programmer's Introduction to 3D Rendering” (2021), a book by Gabriel Gambetta, a Spanish software engineer at Google Zurich. A preview of the contents of the book is available online.

Listed below are some of the specific areas in computer graphics programming to which linear algebra plays a role:

(a) calculating intersection (usually between a ray and a plane/ sphere/triangle, said Arnebäck)

(b) cross product or vector product

(g) orthonormal basis of a matrix

Special mention to these three (Arnebäck stressed that beginners should study the topics mentioned below thoroughly):

Arnebäck said that based on his experience, these two cause several beginners to make mistakes.

(b) modeling a camera (perspective transformation matrix and view matrix)

This topic is one that many beginners “struggle with,” according to Arnebäck. So, he wants beginners to study it “carefully and in depth.”

(a) “The Graphics Codex” (2021), an eBook by MIT alumnus Morgan McGuire, chief scientist at Roblox and former research director at NVIDIA.

(c) “3Blue1Brown,” a YouTube channel (in the Playlist, look for “Essence of Linear Algebra”) by Stanford alumnus Grant Sanderson

Arnebäck advised beginners to do the following “good projects” to kickstart their study of computer graphics programming:

(a) Do heightmap rendering.

How Do I Become A Graphics Programmer? 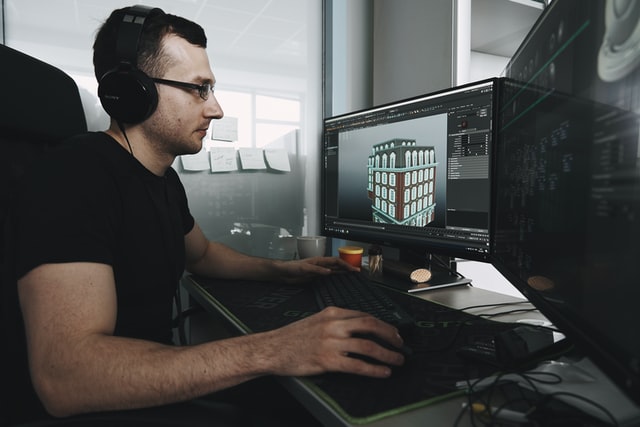 A bachelor’s degree in computer programming (or other related fields) is the minimum requirement to be a professional computer graphics programmer, according to the said website.

It added that one may have “an edge” when applying for a job if he/she completed a certificate (or a two-year degree) course in computer information systems.

A graphics programmer must be knowledgeable in:

In 2020, Into Games, a computer games company in England, interviewed Howard Price – a former game programmer at Sony Computer Entertainment Europe – on how he became a graphics programmer.

When asked about “the key skills needed” to carry out his current role as a principal programmer at the U.K.-based video game company Codemasters, Price mentioned the following:

How Much Do Graphics Programmers Make?

Below are the five highest-paying jobs related to computer graphics programming in the U.S., according to ZipRecruiter (exact job title is given): 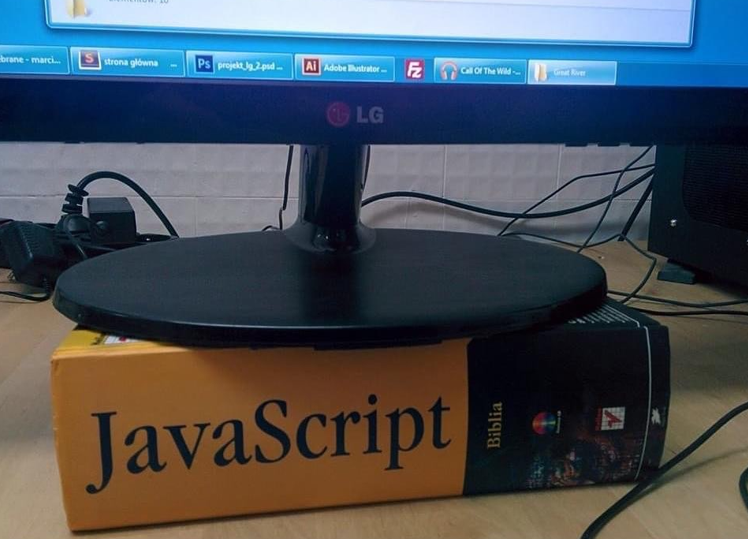 In November 2021, ComputerScience.org listed the different computer programming languages used by different industry professionals and in some major companies.

The top 10 programming languages used worldwide, according to data published by Statista in August 2021, are the following:

Built In, an online community for tech companies and startups, published in July 2021 the new programming languages that developers may need to know.

Recommended Programming Languages In 2021 And 2022

According to Indian career website TimesJobs, those new to computer graphics programming should learn these seven programming languages:

Based on One’s Career Plan

Coding bootcamp Fullstack Academy enumerated on its website what programming languages should be learned depending on one’s interest or choice of profession.

The University of California, Berkeley, Extension forecasted that the following programming languages will be the “most in-demand” ones in 2022: 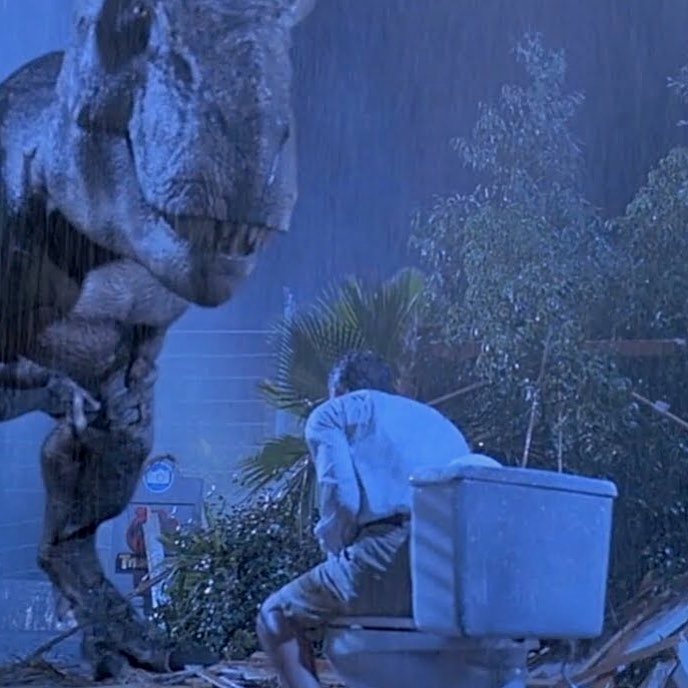 CGI T. rex staring down at a man sitting on a toilet bowl in a scene from 1993 Jurassic Park

With “Jurassic World: Dominion” coming out in 2022, the public can see how computer graphics programming achieves the impossible. It will once more resurrect some animals – on the big screen, at least – that became extinct some 65 million years ago.

In his November 2021 article for ReadWrite Labs, Nate Nead, CEO of software consulting company DEV.co and a member of Forbes Business Council, wrote that in the coming years, programming languages will continue to evolve.

That’s why for those who are considered beginners in the world of computer graphics programming – as well as the seasoned ones – Nead’s advice for them is to “keep challenging” themselves through education.