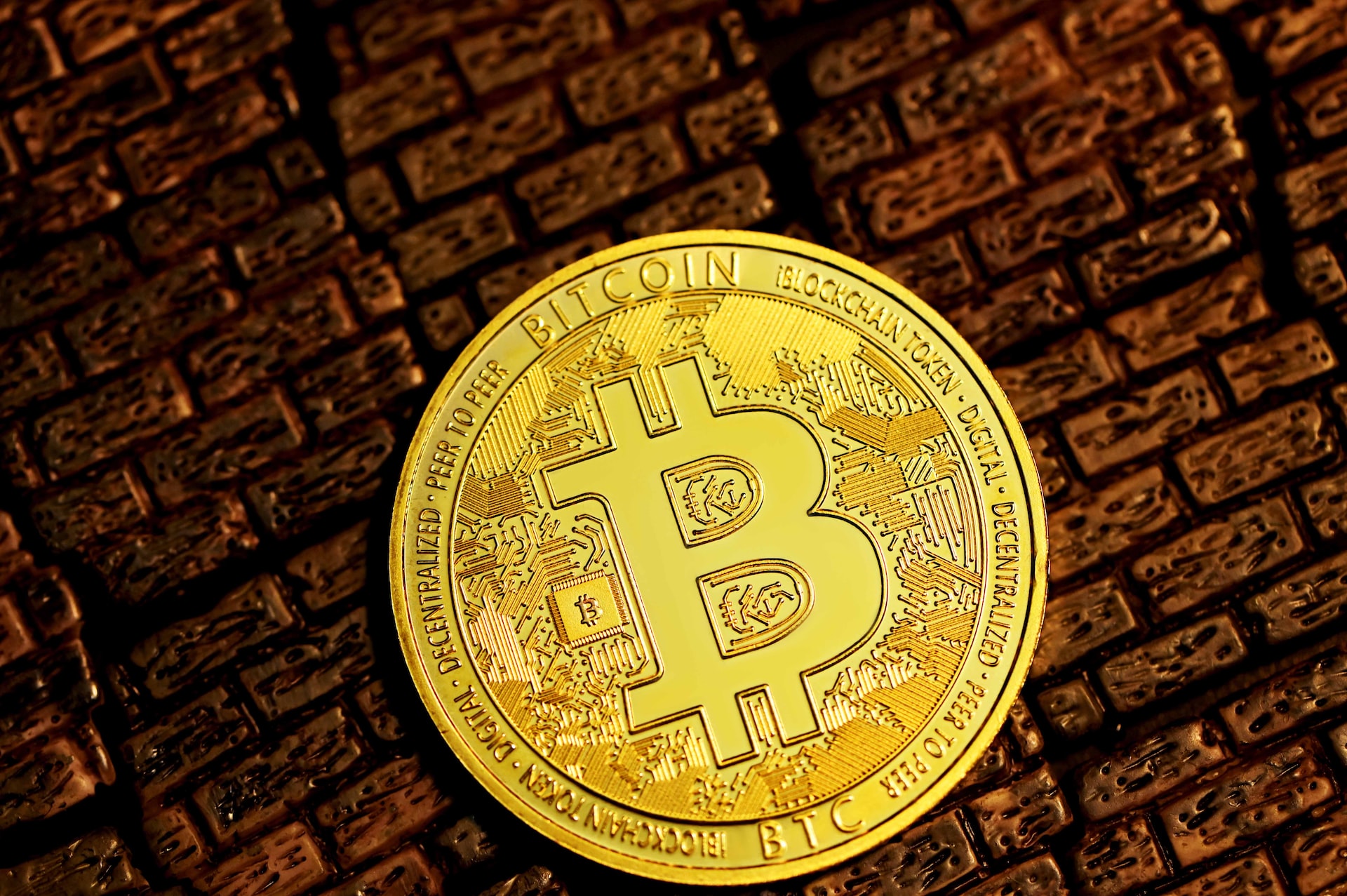 Finally, what crypto investors have been waiting for since June this year: a Bitcoin rebound.

The cryptocurrency market, as reported by CNBC, felt the impact of a stronger U.S. dollar and a global decline in stock markets.

The past few months have seen the U.S. Federal Reserve System making efforts to fortify the dollar.

Per The Washington Post, the Fed has most likely been doing its part in resolving inflation in the country.

From the CNBC report, the effect of the renewed dollar strength plus the dip of global stock markets caused the cryptocurrency market to slip below $1 trillion.

On September 7, early in the day, Bitcoin’s value went below $19,000. Checking its price in June, this one was even lower.

However, as the day progressed, a Bitcoin rebound happened before the day ended. Its value went up a little above $19,000.

Note that it’s not only the U.S. facing inflation.

Other countries were not spared, too. Like the U.S., their respective central banks already resorted to “tightening monetary policy.”

As the U.S. dollar continues its struggle to remain strong, the crypto market could further be affected but not in a positive way.

If we see the dollar start to move back down, then we should be able to get risk assets such as bitcoin move back up again.

Considering that possibility, how long will this Bitcoin rebound take, and what could be the next probable scenario for this largest cryptocurrency?

Investors who rejoiced with the latest Bitcoin rebound would recall last year’s rebound of the whole crypto market.

According to CNBC, the crypto market peaked in November 2021. Come 2022, it has faced the challenges of the new year, and has so far already lost a lot of its value.

How much? An estimated $2 trillion were lost already.

According to Investopedia, the following factors affect the value of Bitcoin:

Per crypto site CoinDesk, there are 21 million Bitcoins - its total fixed supply. All Bitcoins could be mined by 2140.

The question now is, will Bitcoin recover?

Finance and tech writer Eric Rosenberg offered an answer, albeit for the entire crypto market. In his article about crypto winter (a period where cryptocurrency prices are low) published by Investopedia in September 2022, he wrote:

Open trading marketplaces determine cryptocurrency prices. The latest trade price sets the currency on each exchange. There’s no guarantee of future prices or a future recovery.

But investors recently saw a Bitcoin rebound, which could be considered a good sign. 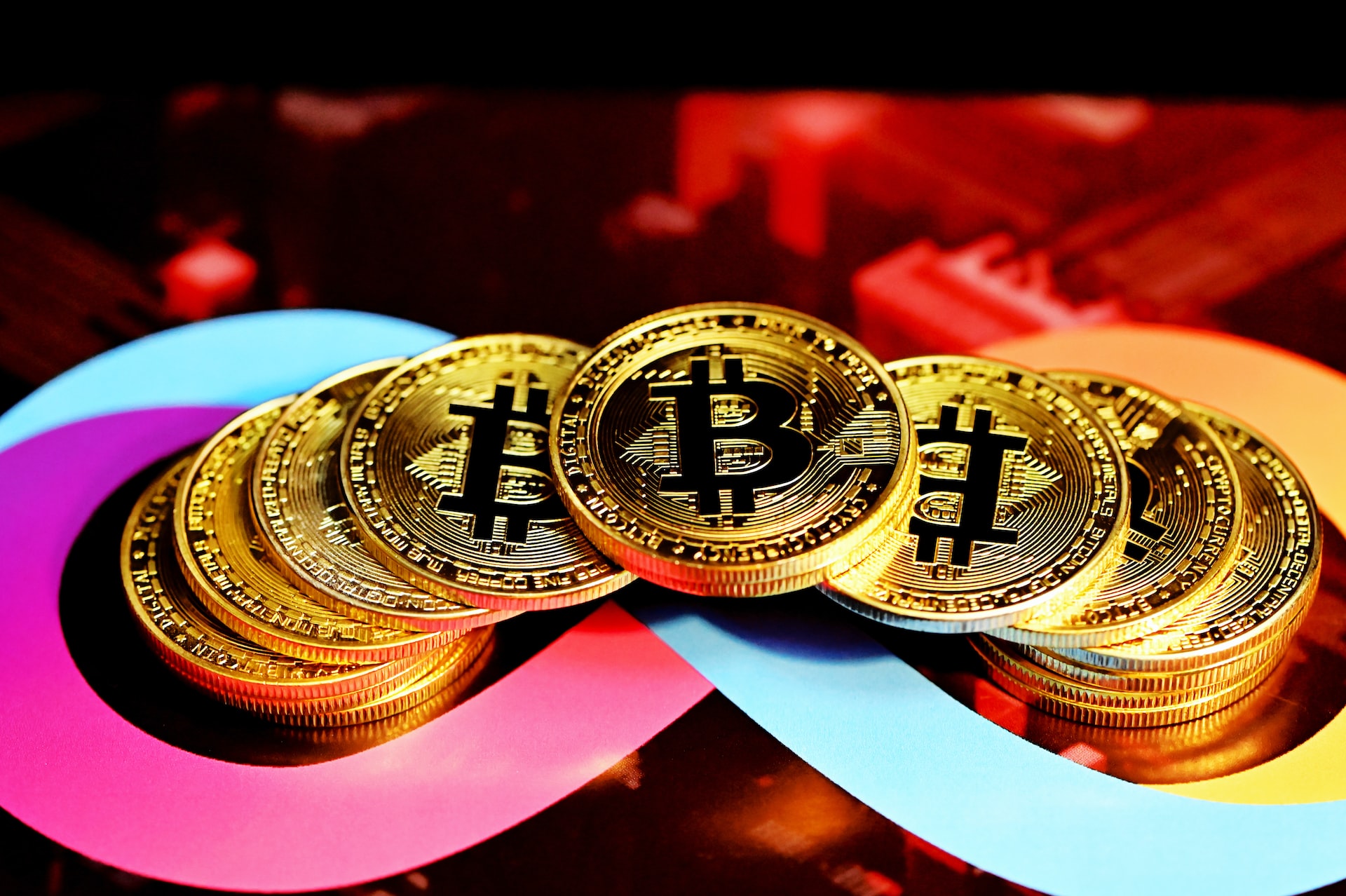 14 pieces of gold bitcoins stacked up within an infinite loop symbol in pink, light blue and yellow

Before the latest news of a Bitcoin rebound broke out, its value according to CNBC, was somewhere between $18,000 and $24,000.

On the contrary, other cryptocurrencies such as Ethereum achieved values higher than Bitcoin.

Financial news site Barron’s said that Bitcoin traded in the range of $20,000 to $25,000 in mid-June. Last week, the Bitcoin rebound was a welcome respite.

Still, for this week, despite an increase last Tuesday, September 13, it has failed to reach at least $20,000.

Another Bitcoin rebound today, or in the coming days, is still possible, but the cryptocurrency market will still need time for a dramatic recovery.

As Forbes cautioned, governments continue to recalibrate their policies to deal with pertinent fiscal issues, which may include inflation. This move will affect the performance of the crypto market. 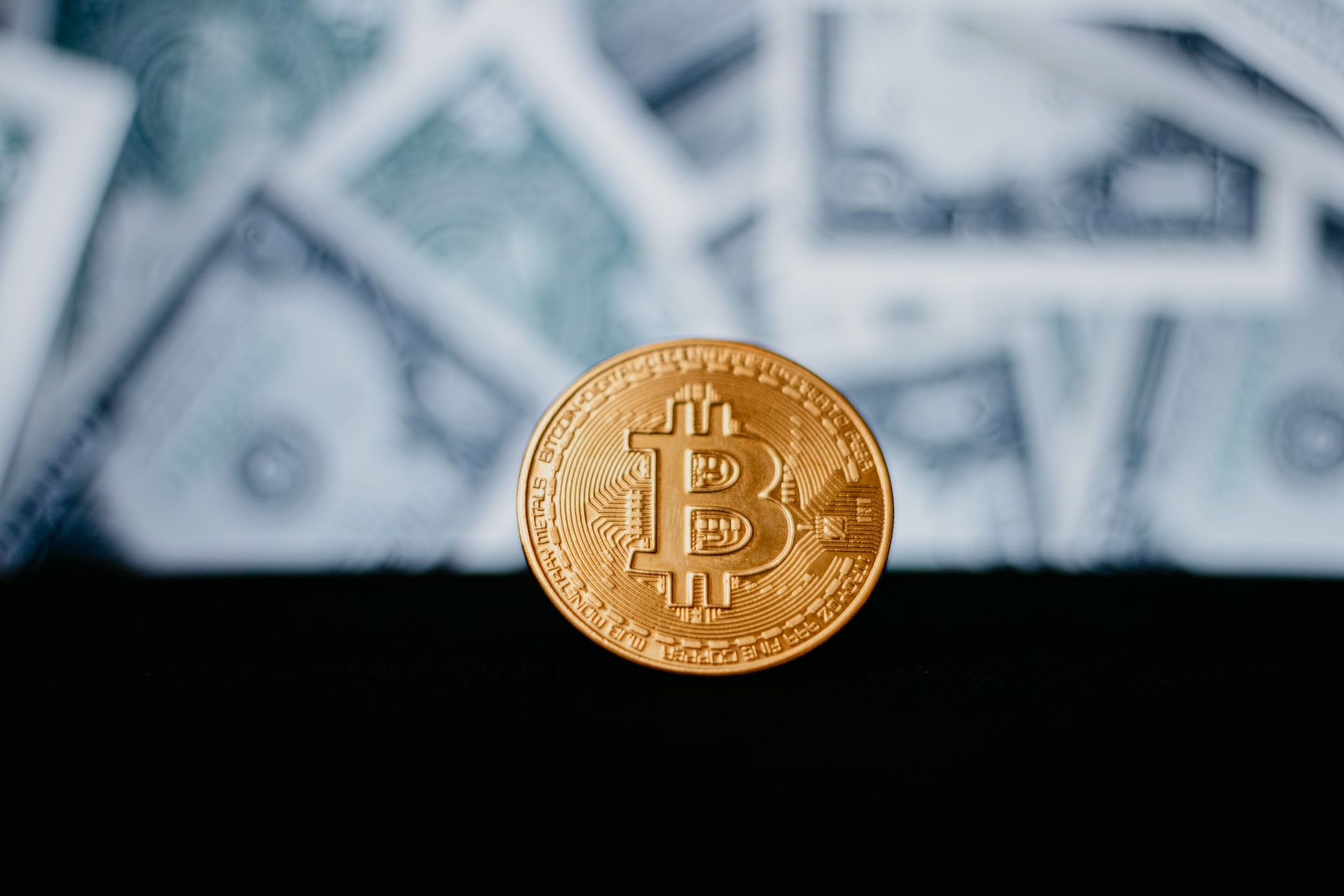 A gold bitcoin floats at the center, with blurred dollar bills in the upper background and blackness below it

On September 9, a Bitcoin rebound delighted investors as the coin’s value increased by more than 9 percent, moving its price above $21,000.

It’s a clear recovery as Bitcoin only managed a 5 percent increase in the last five days prior to that date, according to Forbes Advisor.

Moreover, the site explained that inflation reports didn’t daunt traders. In the case of the U.S., they’re hoping that the Fed may push the pause button for its interest rate hikes.

The European Central Bank (ECB) also played a role in the Bitcoin rebound.

ECB temporarily delayed the rise in value of the U.S. dollar when it introduced a 75 basis-point (bps) interest rate hike. The result? A stronger euro.

Another factor that also impacts Bitcoin’s price is the volatility of cryptocurrencies.

In Bitcoin’s case, the Market Recap and Outlook Report (July 2022) by Kraken Intelligence, kept track its volatility in August:

Even with the recent Bitcoin rebound, investors may become less risky and more vigilant in the coming days when trading Bitcoin and other cryptocurrencies.

Bitcoin news site Bitcoinist cited three crypto trends this 2022 that could lead to another Bitcoin rebound: 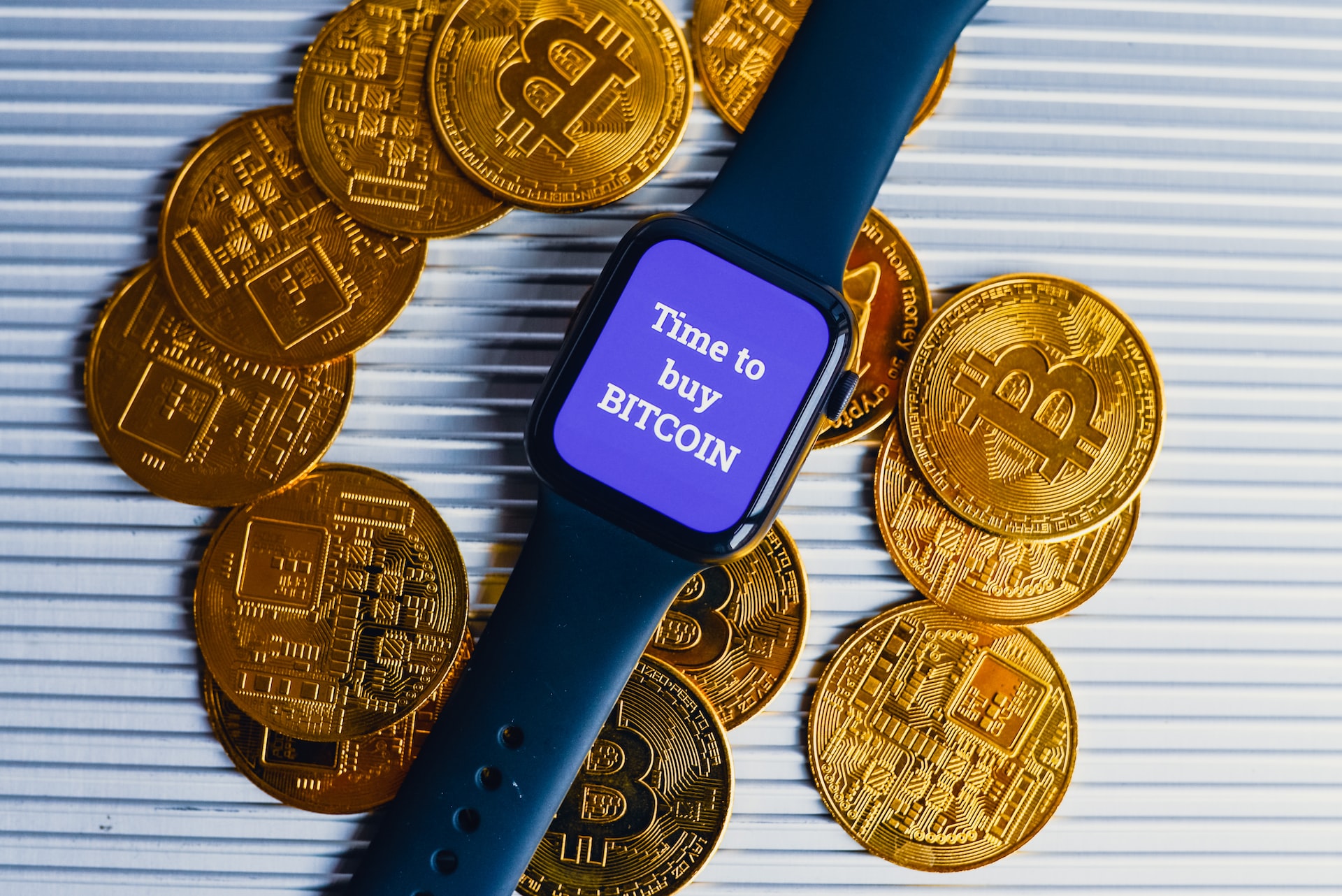 In an April 2022 interview with CNBC, Antoni Trenchev, co-founder and CEO of crypto lender and platform Nexo, predicted that Bitcoin could be worth $100,000 “within 12 months.”

Based on analyses and predictions by crypto blog Changelly, Bitcoin might have an estimated minimum price of $29,739.35 in 2023.

A report by Yahoo! Finance stated a prediction involving a figure way higher than Changelly’s. According to the report, by January 2030, Bitcoin’s price could be $2.11 million!

Another Bitcoin rebound may or may nor happen anytime soon based on the outcome of the September meeting of the Fed.

According to Forbes Advisor, Jerome Powell, the Fed’s chair, said that its interest rate hikes would remain an option until inflation is over.

As mentioned earlier in this article, these Fed rate hikes affect how Bitcoin can bounce back.

When interviewed by Barron’s, London-based market analyst Craig Erlam described the most recent Bitcoin rebound as a “short-term relief.”

A senior market analyst at MarketPulse, a resource for information about global markets, and at OANDA, a forex trading resource, Erlam warned that Bitcoin could “spiral lower once more.”

So, another Bitcoin rebound depends on how the American inflation will proceed and how the global stock markets will perform.