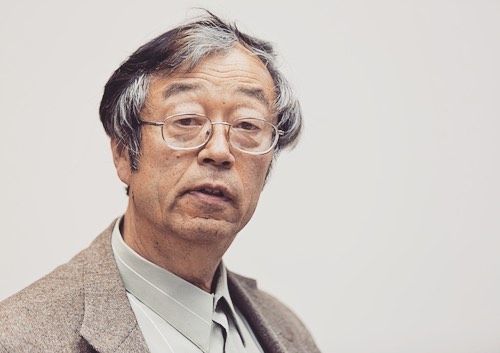 Found at a sprawling science and technology park in Budapest near the scenic Danube River is a bronze bust of the Bitcoin creator.

It’s the latest addition to a number of contemporary artworks found there, which includes a 6-and-half-foot-tall bronze statue of Apple co-founder Steve Jobs and a 10-meter-tall Rubik’s Cube statue.

Unveiled on September 16, 2021, the bust sits on a rectangular block of stone at the 18-hectare Graphisoft Park, named after the Hungarian software company that built it.

Carved on the stone is the name “Satoshi Nakamoto.”

Does this name actually belong to the true Bitcoin creator, or is it just the inventor’s pseudonym?

This Guy Accidently Admitted That He Created Bitcoin 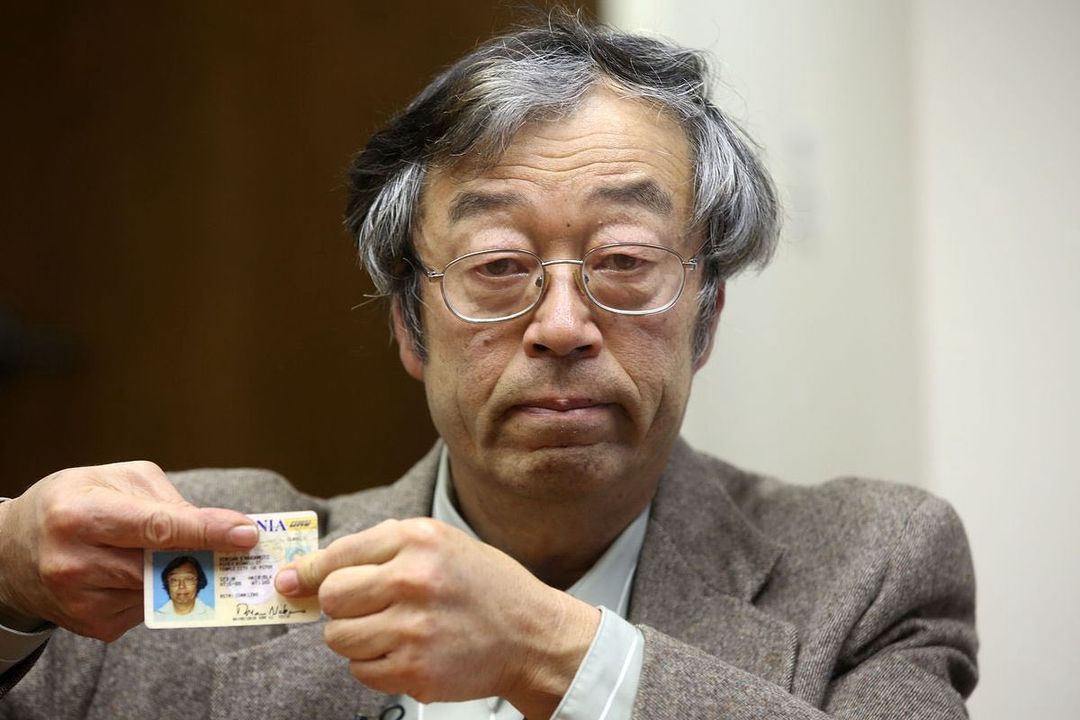 Satoshi Nakamoto holding his I.D. while covering some parts with his forefingers

In his article for The Walls Street Journal published in December 2021, reporter Paul Vigna wrote anew about the prevailing “mystery” surrounding the identity of the true Bitcoin creator.

Several years before Vigna’s article, four journalists made their own investigations to unmask Bitcoin’s real inventor.

Together, Bitcoin’s creation and the identity of its creator in the digital age is one its “great mysteries,” according to journalist Nathaniel Popper.

In his article for The New York Times published in May 2015, Popper narrated how the identity of the Bitcoin creator became an “enigma” of sorts.

It all started “in early 2009,” wrote Popper. A person, who went by the name of Satoshi Nakamoto, released the Bitcoin software.

Nakamoto only used email to communicate with the users of the new currency. No conversations were ever held personally or via landline or mobile phone.

By 2011, the public gained broader awareness about Bitcoin. Strangely, that’s also the time Satoshi Nakamoto – whoever the person is or whoever they are – ceased from communicating. That’s when the mystery behind the Bitcoin creator ensued.

Szabo talked about digital money several times online, particularly on his blog, and the ideas he introduced and discussed were similar to the concepts behind Bitcoin.

It made people think that Szabo was either Satoshi Nakamoto or one of the brains behind Bitcoin.

Popper finally met him “at a private gathering of top Bitcoin programmers and entrepreneurs.” The event was held in March 2014 at Dan Morehead’s vacation house in Lake Tahoe in the Sierra Nevada.

Morehead is the CEO of Pantera Capital, an asset management company established in 2003, which started dealing with cryptocurrency in 2013, according to its website.

When Popper asked him if he was Satoshi Nakamoto, Szabo said no. Later, in an email correspondence with Popper, he again denied: “I am not Satoshi.”

In her 2014 Newsweek article, Leah McGrath Goodman talked about how she asked a man named Satoshi Nakamoto (the elderly man whose pictures appear on this article) right outside his house in San San Gabriel in Los Angeles County.

When asked about Bitcoin, the Japanese-American, who was 64 at that time, told Goodman that he was “no longer involved” in it. Also, he “cannot discuss it.”

Goodman confirmed that it was his birth name, but he had it legally changed to “Dorian Prentice Satoshi Nakamoto.” It happened after graduating with a physics degree from California State Polytechnic University. He has used the name “Dorian S. Nakamoto” since then.

Despite his initial indirect admission of his participation in the creation of Bitcoin, Satoshi Nakamoto issued a public statement that same month after Newsweek published Goodman’s article.

In it, he said, “I did not create, invent or otherwise work on Bitcoin.”

He further added: “I have no knowledge of nor have I ever worked on cryptography, peer to peer systems, or alternative currencies.”

In 2011, writing for The New Yorker, journalist Joshua Davis said he asked Michael Clear, a cryptography student at that time at Trinity College Dublin, if he was the Bitcoin creator Satoshi Nakamoto.

Clear gave a negative answer but told Davis that the Finnish researcher Vili Lehdonvirta could be Satoshi Nakamoto. Lehdonvirta told Davis he got the wrong person.

In 2015, Clear completed his Ph.D. in cryptography, according to the website of Trinity College Dublin. At present, Lehdonvirta teaches Economic Sociology & Digital Social Research at the Oxford Internet Institute.

Adam L. Penenberg, in his 2011 article for Fast Company, mentioned again about Clear’s denial. In an interview with news website IrishCentral, Clear clarified that it was just a jest when he told Davis, “Even if I was [Satoshi Nakamoto] I wouldn’t tell you.”

In his search for the real identity of the Bitcoin creator, Penenberg admitted that, like Davis, he, too “ran into a brick wall.”

The worth of Bitcoin, wrote Paul Vigna in his December 2021 WSJ article, already reached “more than $1 trillion.”

Assuming he really exists as the Bitcoin creator, those mined Bitcoins were “worth over $56 billion” as of November 2021.

Who Is The True Satoshi Nakamoto? 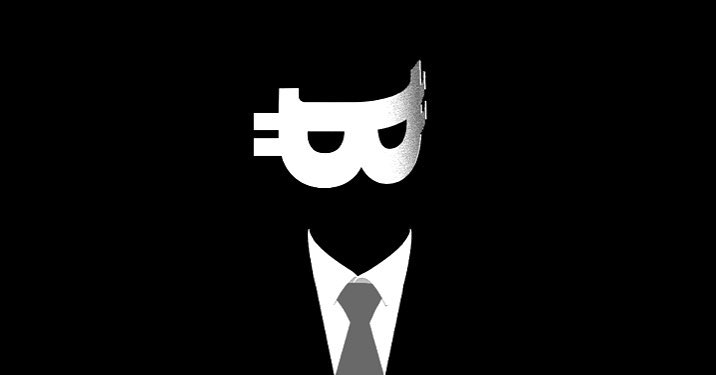 According to Fortune, that amount was to compensate for the “damages . . . over intellectual property for the cryptocurrency” Bitcoin.

In 2016, Wright professed that was Satoshi Nakamoto, reported WSJ.

He made the same claim after the verdict was handed down, according to Fortune. Consequently, being the person behind the said pseudonym, he naturally claimed that he was the Bitcoin creator.

Kleiman’s family, however, argued that it was not a solo effort as Dave, who died in 2013, helped Wright in its creation. This claim led to the said lawsuit.

The verdict, according to Fortune, wasn’t able to prove if Wright was indeed Satoshi Nakamoto. Likewise, it didn’t lead to the true identity of the Bitcoin creator.

If Satoshi Nakamoto is the alias of Wright, then it makes Wright the owner of over one million Bitcoins and the holder of the “private key.” That key is needed to move them, according to WSJ.

WSJ reported that no move has been made yet by Wright. 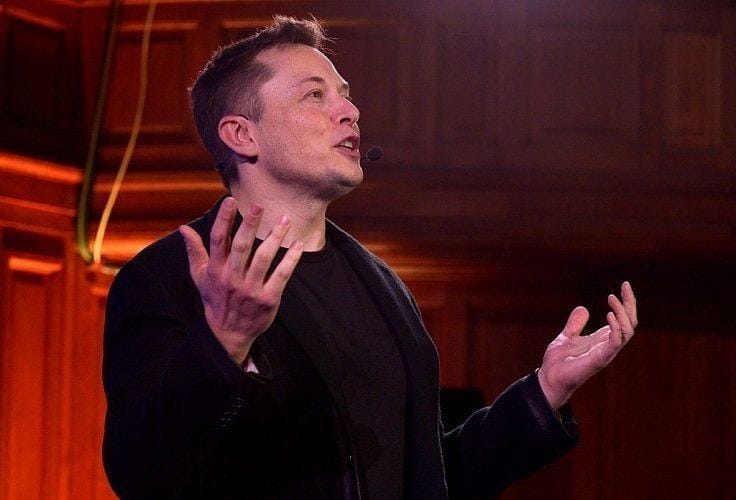 The 50-year-old CEO of Tesla Motors and Time magazine’s Person of the Year for 2021 is not Satoshi Nakamoto, as Elon Musk seems to join in the search for this person’s identity.

Even so, Musk said that people should rather focus on the “evolution of ideas” that paved the way for the creation of Bitcoin rather than the identity of its creator, reported Forbes. For him, it’s the former that is important.

Musk acknowledged the efforts of Nick Szabo behind the development of Bitcoin.

He said he had no idea who was the Bitcoin creator but suggested that it could be Szabo because “he seems to be the one more responsible for the ideas behind it than anyone else.”

The bust of Satoshi Nakamoto in Budapest doesn’t bear the face of the supposed Bitcoin creator.

There’s only a shiny featureless bronze face that allows people looking at it to see their own reflection, as intended by its creators, reported Bloomberg.

Tamas Gilly, one of the two Hungarian sculptors commissioned to do it, told the Associated Press that he wanted the bust “to convey the basic idea of Bitcoin.”

Gilly wants people to know that Bitcoin “belongs to everyone and no one at the same time.”

As the search for the true identity of the Bitcoin creator continues, so will the interest of people regarding cryptocurrency.