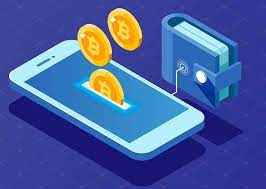 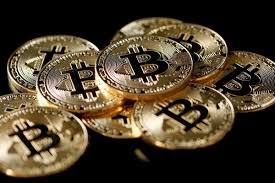 Gold bitcoins that are dispersed and overlapping