Is Bitcoin A Scalable Currency? 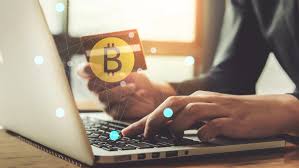 At the time of this writing, scaling, or increasing transaction capacity, is one of the most hotly debated topics in the Bitcoin community. Because of its 1 megabyte block size, Bitcoin has a daily transaction capability of roughly 500,000 transactions. Transaction fees for Bitcoin have increased sharply in recent months since the currency has already reached these transaction volumes. Due to Bitcoin's decentralization and distributed nature, there will be a hard limit on how many transactions may be processed on the Bitcoin blockchain each day. Despite this, Segwit deployment might double this daily capacity.

Nodes on the network are obliged to maintain copies of the whole ledger of all transactions, which means that every Bitcoin transaction is recorded. As a result, the expense of keeping track of transactions will be far greater than it would be with a centralized system that just requires a single copy and a few of backups. Payment systems that are most effective use centralized data storage because it is less expensive than utilizing several distributed databases and worrying about keeping them all up to date at the same time, a process that can only be accomplished with Bitcoin proof of work. So you might ask, is Bitcoin a scalable currency?

Centralized Payment Solutions, Such As Visa Or MasterCard

Approximately 42 terabytes, or 42,000 gigabytes, of data would be added to the Bitcoin blockchain by each node over the course of a year. The current and expected future processing capacity of commercially available computers just cannot handle such a volume of data. One terabyte, or approximately a week's worth of transactions at Visa levels, is the capacity of the typical consumer computer or external hard drive. It's worth looking into Visa's computer infrastructure to get a better sense of how these transactions are handled.

Unlike A Centralized System, Bitcoin Cannot Accommodate The Same Volume Of Transactions

Because the network is growing, transaction costs are rising, and will continue to rise. Offchain, numerous simpler solutions may be utilized for tiny and inconsequential payments. This assures that Bitcoin's two most important features, digital sound money and digital cash, are never compromised.

This is not an alternative technology, but there are numerous that can give low-cost small payments and consumer spending options that are straightforward to deploy with existing banking systems.

The fact that it takes 1 to 12 minutes for a transaction to be confirmed makes broad adoption of Bitcoin for merchant payments impractical. Payments cannot be delayed that long, and although the danger of a doublespend attack is low for one tiny payment, it is high for businesses that receive several transactions. 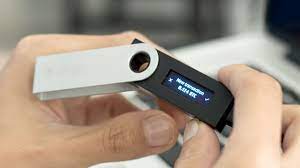 A USB wallet showing its code

Bitcoin's High Transaction Fees Will Be Worth It

The hefty transaction fees are definitely worth it for those who want to use bitcoin as a long-term digital store of wealth or for those who wish to conduct critical transactions without going via a repressive government. Bitcoin savers don't have to deal with a lot of transactions, therefore a high transaction fee is a good deal. People wanting to move their money out of a nation where inflation and capital restrictions are preventing them from doing so may use this service for transactions that cannot be completed via the conventional banking system.

Digital cash and digital sound money have already escalated transaction prices to the point that they cannot compete with centralized systems like PayPal and credit cards for modest payments, even at present low adoption levels. This has not halted Bitcoin's growth, however, which implies that the market demand for Bitcoin is driven by its usage as a digital currency and digital store of value, rather than modest digital payments.

Another Possibility For Scaling Bitcoin Is Digital Mobile USB Wallets

Which are tamper-proof and may be examined at any moment for their balance. It would be possible to withdraw Bitcoins from these USB devices, which would contain the private keys to particular quantities of the currency. Each drive's worth may be independently verified by its owner, much like currency.

There will be an economic push to use more of the aforementioned scaling options to boost transaction capacity without compromising the rules of the network and causing a chain split as Bitcoin use grows and transaction costs rise.