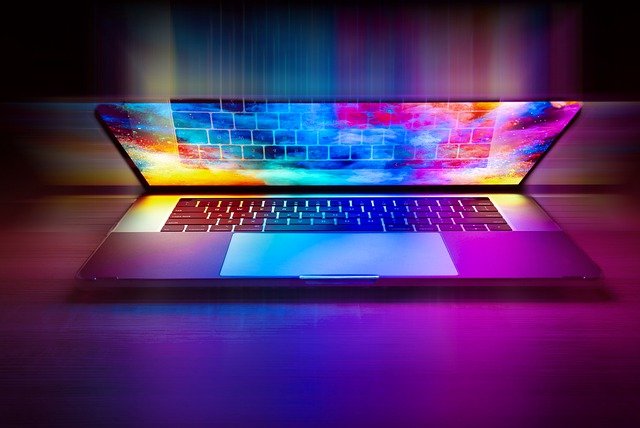 You might be looking for the best 64GB RAM Windows laptops for your personal or professional needs.

Whether it’s simply a habit or your job calls for it, simultaneously opening several programs on Windows will likely slow down your laptop, according to computer science expert Per Christensson of TechTerms.com. Still, the possibility of a slowdown depends on the amount of RAM (Random Access Memory) your laptop has.

Christensson implied that the more amount of RAM a laptop has, the better it can perform when a lot of programs are running at the same time.

For those who think they might need the kind of laptop that won’t easily slow down, below is a list of the best 64GB RAM Windows laptops available today. 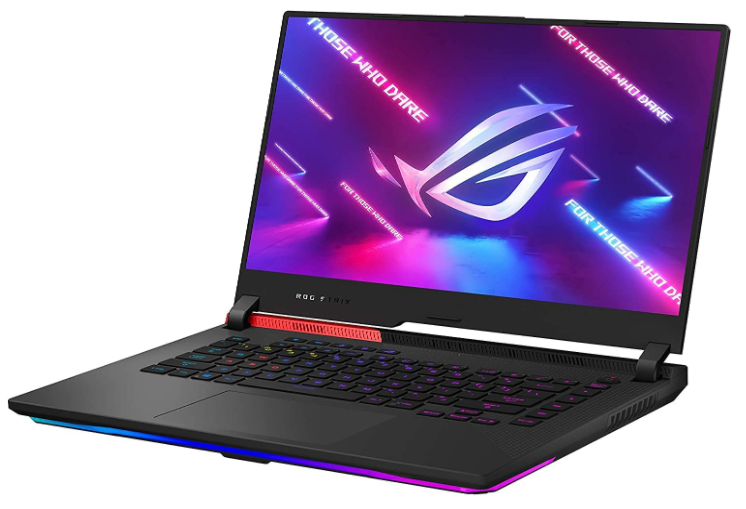 Tech Advisor recommends the Asus ROG Strix G15 for its “impressive performance,” giving it 4 and a half stars out of 5.

It endorses this laptop for eSports games and single-player titles.

In his review for IndiaTVNews, tech writer Devesh Arora shared that when he used the Asus ROG Strix G15 to play Battlefield V, Counter-Strike: Global Offensive, Gears 5, PUBG, and Valorant, they all “performed really well . . . without showing any signs of hiccups.”

Arora added that it ran “really smooth” despite having “three windows of Google Chrome open, with at least 10-12 tabs on each window” plus “WhatsApp, Slack, Spotify, Steam, and Microsoft Word” all running in the background.

Tech Advisor specifically commended its backlit keyboard (“nice” and “solid”) and chassis (“cool, quiet”). For Tech Advisor, the keyboard has a “generous” layout (uncommon in gaming laptops, it noted) owing to the extra buttons for software, media, and fan; some large keys; and the cursor keys placed a little away from the rest of the buttons.

As for Pocket-lint, it calls the Asus ROG Strix G15 a “masterclass” gaming laptop.

For its display, Pocket-lint (“vivid [and] fast refresh screen”) and Tech Advisor (“impressive;” “realistic imagery”) both liked it.

For Tech Advisor, though, it just finds its speakers “good rather than great,” with “not enough bass.” Still, the sound is “clear, bright . . . crisp.”

For its build, Pocket-lint described it as “solid,” and Tech Advisor said it could “withstand daily use and frequent transport.”

What the two reviewers didn’t like about the Asus ROG Strix G15 is that it doesn’t have a webcam. Pocket-lint added that it doesn’t have enough USB ports (e.g., no Display Port). Moreover, Tech Advisor pointed out its lack of card reader and criticized its weight for being “slightly chonky [sic].” 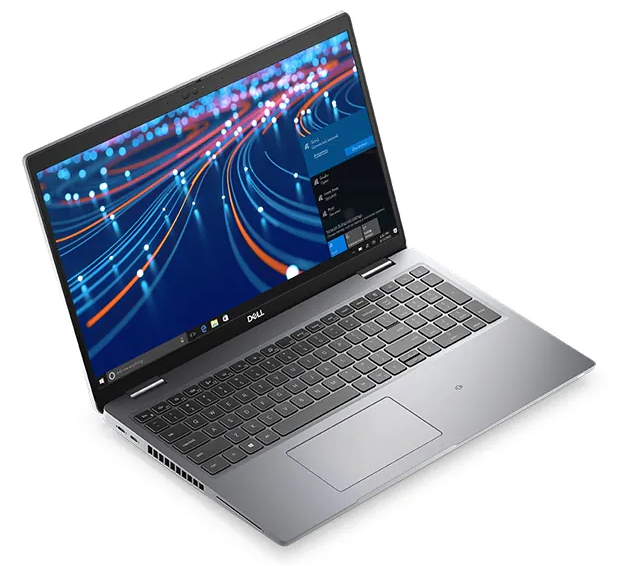 Nanoelectronics engineer Kok Kee, in his review for Nasi Lemak Tech, said that Dell Latitude 5520 is a “decent,” “durable,” and “power-efficient” laptop “most suitable” for workers, particularly “executives.”

LaptopMedia.com lauded this laptop for being “snappy and pretty powerful” and having a “good battery life.” It noted its “great features,” such as LTE support, the next generation Wi-Fi 6, and a security software (a fingerprint reader).

As for the display, LaptopMedia.com noted its “comfortable viewing angles” and “good contrast ratio.” Plus, regardless of the brightness level, its IPS panel “doesn’t flicker.” This laptop is also “comfortable” to the eyes even when using it for long straight hours.

Kee liked the keyboard that comes with a backlight, except for the “bad arrow keys.” LaptopMedia.com described them as “tiny.”

The TrackPoint and touchpad buttons are also missing on this laptop, as pointed out by Notebookcheck.net. 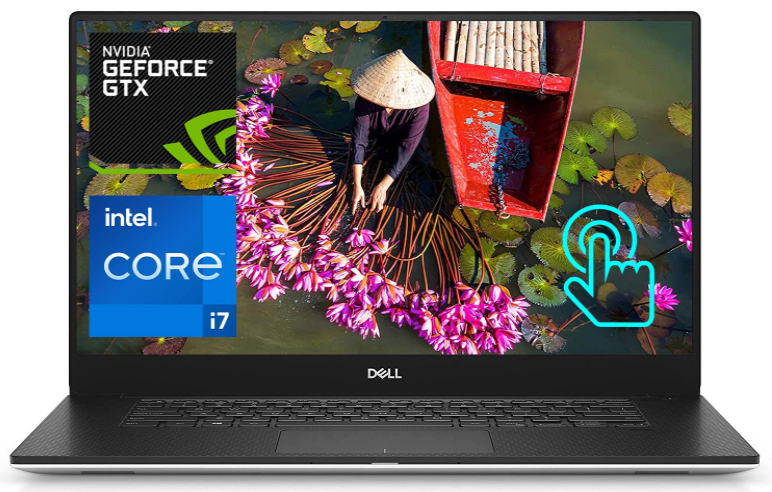 A Verge review of Dell XPS 15 revealed that its strong points include its display “(excellent”), keyboard and touchpad (“great”), and its SD card reader. The website also commended its improved chassis design – no more bezel, with the previous bezel being “chunky” – resulting in “a more premium look.”

As for the display, “even at low settings in bright light, there was almost no glare.” Colors were described as “spot on and quite vivid.”

This laptop works well “without a problem” when doing “multitasking performance,” such as when you have “a dozen Chrome tabs, plus Slack, Spotify, YouTube videos, and some downloads in the background.”

When “a five-minute, 33-second video” was exported, the process took “four and a half minutes,” which was way “faster” than if one used the 16-inch MacBook Pro.

Two other websites likewise complimented this laptop for its design (“sleek premium,” said PCMag and “eye-catching,” said TechRadar). As for its performance, PCMag (“speedy;” “all-around”) and TechRadar (“fast”) both gave a thumbs up rating. For its speakers, PCMag described them as “robust” and TechRadar called them “amazing.”

TechRadar said that though “it’s definitely powerful” for video editing, 3D artists and other professional video editors may not really applaud this laptop.

Wired gave it a score of 8/10 and admired it for having several ports, “stunning” screen, and “solid” built.

The Verge said that during some multitasking incidents, one could hear the fans, and despite the fans, the laptop “runs hot.” Its undercarriage could be “often so hot” that placing the Dell XPS 15 on your lap will not be a good idea. Also, it has poor battery life, a concern also noted in a Wired review.

PCMag said that “hardcore gamers” will be disappointed with the graphics processing unit (GPU) of this laptop.

As for TechRadar, it doesn’t find the Dell XPS 15 to be “portable.” 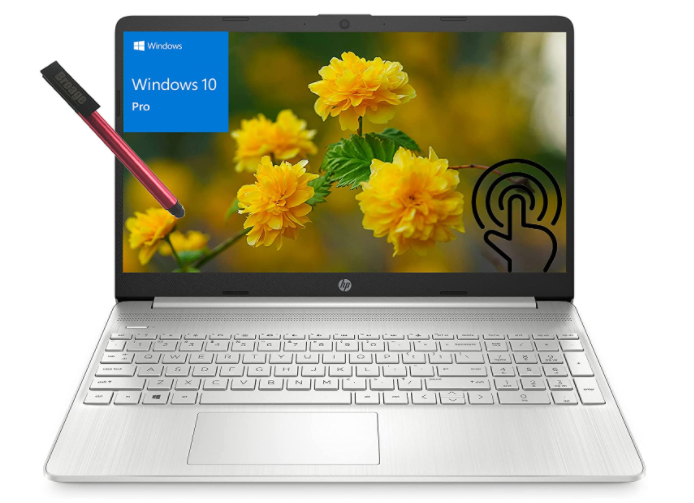 The HP 15 Touchscreen Business Laptop received a 4.3 out of 5 stars rating at Amazon U.S., with 53 people giving it a 5-star rating.

Here are some reviews from U.S.-based purchasers, who gave it 5 stars:

William H. Simmons described the laptop as a “teacher aide.” His wife, an online teacher, uses it and said that she didn’t encounter any problem even if she runs several apps at the same time while in a Zoom meeting.

Courtney M. Delaney said she’d “highly recommend” it. She mainly bought it for being “virtual learning ready” because it will be for her son’s use. Delaney added that this laptop is “perfect” for online learning, “easy to tote around,” and “fantastic” even for playing video games.

One “Amazon Customer” shared the same sentiments of Delaney. This customer said that his/her daughter, who previously used a Mac, liked it.

A certain Zachary A. also complimented it for online schooling and said, “It does what I need it to do.”

College students Cassandra Kamleiter and Patrick Backer gave similar praises when it comes to using it for school/studying purposes. Kamleiter even regarded it as “the best buy a college student could make.”

A certain “Connors” found it “easy to use and perfect for on the go travel.”

Shelly Strings said that it had “too many glitches for a $1,000+ machine.” She didn’t, however, specify such glitches. She also complained that she could “only use one USB port at a time.”

Al Trader and a certain “Jenna” both got disappointed with its battery performance. “It does not hold the charge very long,” wrote Trader. 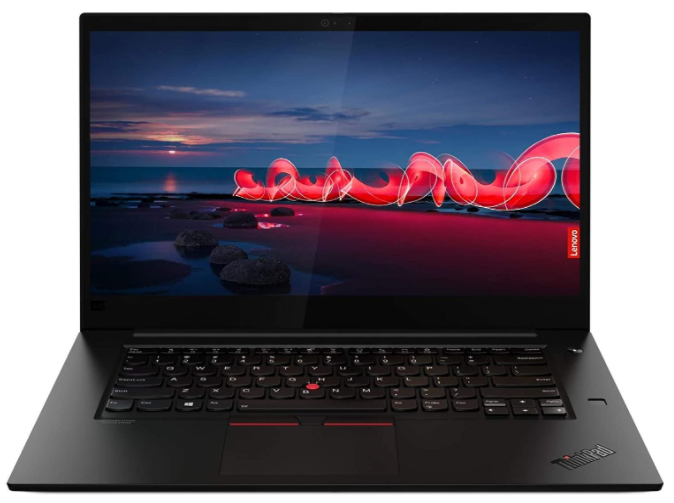 Black OEM Lenovo ThinkPad X1 Extreme Gen 3, with a night scene at the beach as wallpaper

Tech website The Verge quickly pointed out what makes the OEM Lenovo ThinkPad X1 Extreme Gen 3 stand out: its OLED screen (an available option). That, plus “its discrete GPU” makes this ThinkPad model more than just a business laptop. It likewise qualifies as an “ultraportable content-creation” laptop. In short, bloggers and vloggers might find this particular laptop suitable for what they do.

The Verge specifically liked its chassis (“sturdy”) and keyboard (“exceptional”) and the fact that it included “plenty of ports.”

The chassis and the keyboard are the laptop’s “absolutely standout features.” The keys provide a “comfortable texture.” Typing on this laptop feels more like typing on “a mechanical keyboard than . . . flatter laptop keys.”

PCMag, in its own review, also praised ThinkPad X1 for its keyboard (“world-class;” “terrific”), 4K OLED display (“dazzling”), and ports. When typing, it’s “quiet but snappy, with firm tactile feedback.” Both its touchpad and TrackPoint “work smoothly and accurately.”

This laptop “feels quite durable,” according to The Verge. It quoted Lenovo’s claim on how this laptop underwent “12 military-grade certification methods and over 20 procedures” to make it withstand natural elements, such as humidity and extreme temperature.

Another plus point particularly at this time when online meetings and classes happen? The ThinkPad X1’s webcam (720p). The Verge said its “fairly color-accurate and delivered a decent picture in low-light environments.” PCMag approves, saying it “captures bright and colorful images without noise or static.”

The Verge and PCMag both agreed that the battery life of the OEM Lenovo ThinkPad X1 Extreme Gen 3 is not satisfactory.

The Verge added that its fans could “get loud.” More so, this laptop is “pricey for what it offers.”

PCMag noted that its graphics performance is “underwhelming.”

There goes the list of just some of the best 64GB RAM Windows laptops you could choose from.

Note that all prices are quoted in U.S. Dollar at the time of this writing and may vary per store. Also, all laptop models mentioned come with a pre-installed Windows 10, except for Dell Latitude 5520 (Windows 11).

Tech website Digital Trends said that laptops with high-RAM capacity are perfect for audio-visual editors and engineers. Still, no one will prevent enthusiasts out there willing to cough up more than a thousand bucks to get their hands on a 64GB RAM laptop.

When the going gets tough, so to speak, the best 64GB RAM Windows laptops out in the market right now might be the ones you could rely on.