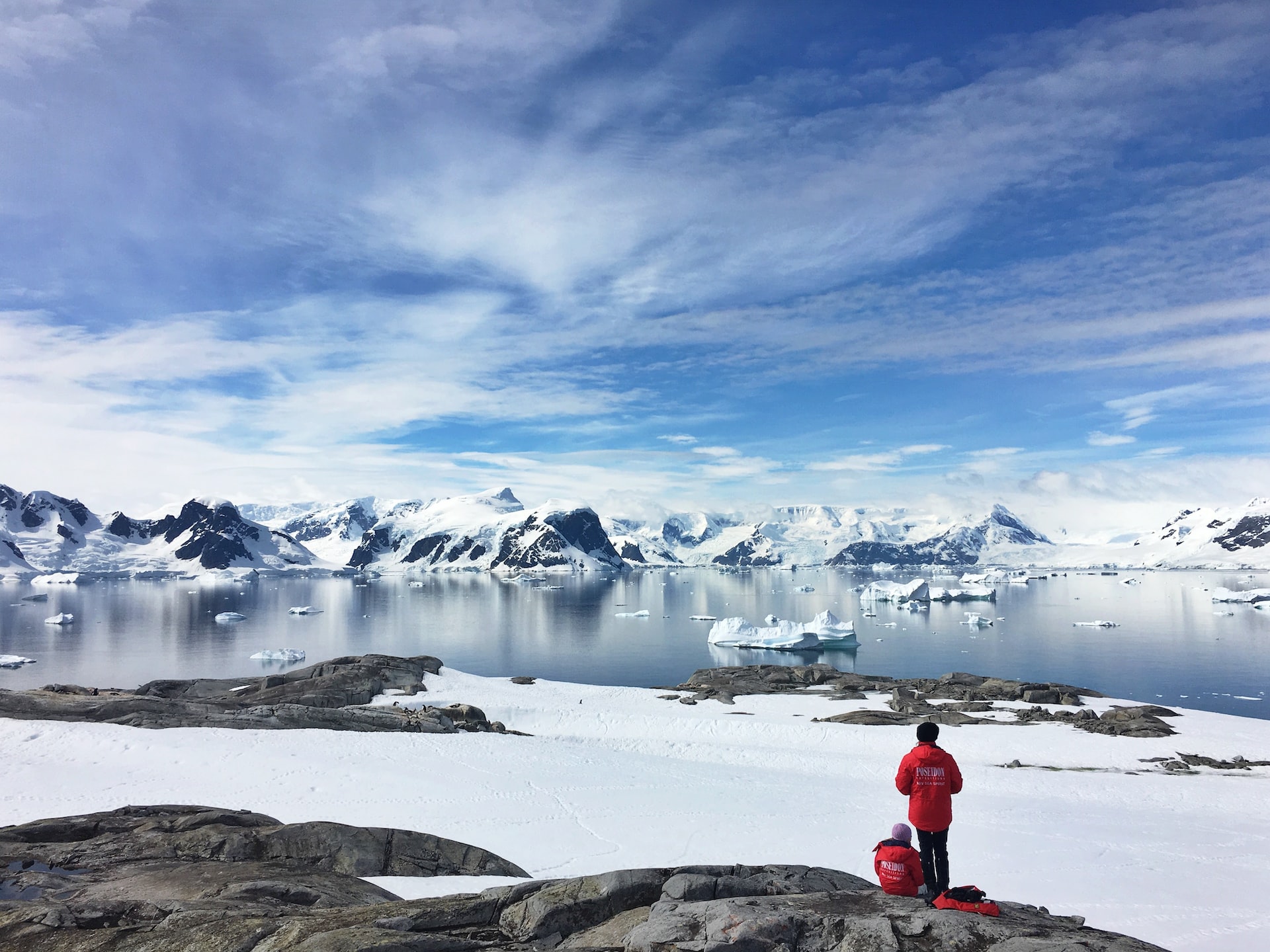 The Arctic is warming faster than anywhere else, scientists say 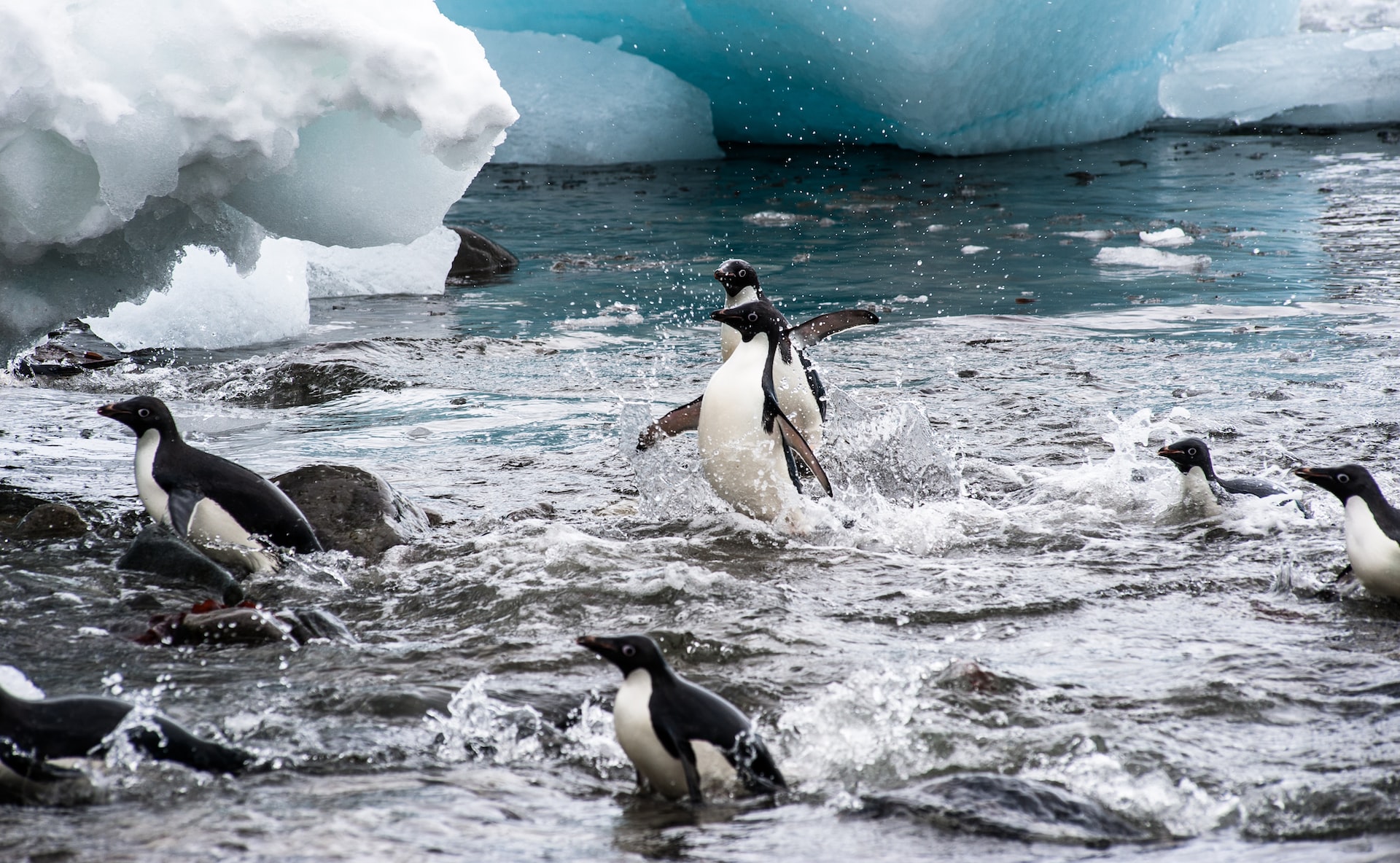 Penguins flock is swimming in the water near the ice