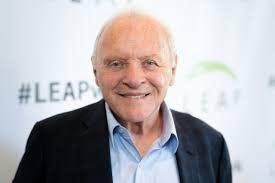 Anthony Hopkins began his acting career on the stage before moving into film in the late 1960s. Hopkins has been nominated for multiple Academy Awards and has won two of them, for The Silence of the Lambs and The Father. He is most known for a diverse range of productions that include The Dawning, The Remains of the Day, and Amistad. Titus, The Mask of Zorro, Thor, and Westworld are some of his most fanciful works, as is the television series Westworld.

Sir Anthony Hopkins is a Welsh actor, director, producer, composer, and painter who has received an Academy Award, four BAFTAs, and two Emmys for his work. As a result of his contributions to the arts, he was knighted by Queen Elizabeth II in 1993. He was also awarded a star on the Hollywood Walk of Fame in 2003, and the BAFTA Fellowship for lifetime achievement in 2008.

Sir Anthony educated at the Royal Academy of Dramatic Art (RADA) in London after graduating from the Royal Welsh College of Music and Drama in 1957. He was noticed by Laurence Olivier, who encouraged him to join the Royal National Theatre in 1965. Sir Anthony first came to public recognition in 1968, when he starred as Richard the Lionheart in the film The Lion in Winter. According to Sir Richard Attenborough, he is "the best actor of his generation."

Philip Anthony Hopkins was born on December 31, 1937, in the Welsh town of Margam, in the Port Talbot district. Hopkins is the son of Muriel Yeats, a distant related of the Irish poet William Butler Yeats, and Richard Hopkins. Muriel Yeats is a distant relative of the Irish poet William Butler Yeats. He had a rather average upbringing in Wales, and his education at Cowbridge Grammar School was quite uneventful, but when the soon-to-be actor met Richard Burton, the direction of his life would be drastically altered. Because to Burton's encouragement and inspiration, Hopkins was able to enroll in the Royal Welsh College of Music and Drama when he was just 15 years old.

Following graduating in 1957, Hopkins served in the British Army for two years before relocating to London to pursue acting training at the Royal Academy of Dramatic Art (RADA). After years of study and hard effort, he was able to establish himself as something of a protégé of the great actor Sir Laurence Olivier. In 1965, Olivier requested Hopkins to join the Royal National Theatre as his understudy, and Hopkins accepted the offer. As the legendary actor recalled in his biography, "A fresh young actor in the company with extraordinary promise named Anthony Hopkins was understudying me and walked away with the part of Edgar like a cat with a mouse between its jaws." Hopkins went on to play the role of Edgar in the film. When Olivier was forced to withdraw from a production of Dance of Death due to appendicitis, the young Hopkins stepped in and made headlines with his extraordinary performance.

The 93rd Academy Awards were held in Los Angeles, and Anthony Hopkins took home the award for best actor. Hopkins, 83, took home the award for his portrayal of an elderly man suffering from dementia in The Father, a film directed by French author and playwright Florian Zeller, who also wrote the critically acclaimed stage play on which the film is based. Hopkins has been acting since he was a child.

In the wake of his Baftas victory a week earlier, Hopkins' win solidified a late surge of momentum for the actor in this year's competition. The late Chadwick Boseman, who played Ma Rainey in Ma Rainey's Black Bottom, had been considered a front-runner for the Academy Award. As well as Yuen, fellow British actors Gary Oldman (for Mank) and Riz Ahmed (for The Sound of Metal) were nominated for the award this year, as was Asian-American actor Steven Yuen (for Minari). Yuen and Ahmed's presence on the best actor shortlist was the first time two Asian actors had been nominated in the same category. Hopkins did not attend the ceremony to accept his prize, and the scheduled victory speech presented in his honor by Olivia Colman in London did not take place as planned either. His prize came at the conclusion of an Oscars event that was remarkable in that it concluded quickly after it was announced.

There were a number of unexpected aspects to Sunday night's Academy Awards. Due to a change in the traditional running order of the last awards ceremony of the night, the best picture award was revealed first, followed by the prizes for lead actress and actor. Perhaps the show's producers took a chance on the late Chadwick Boseman winning lead actor, the night's last prize, for his performance in "Ma Rainey's Black Bottom," which provided an emotional climax to the event. Boseman died in December after a battle with cancer.

Because of the decisions made by the production team, which was led by Steven Soderbergh, Stacey Sher, and Jesse Collins, they were unable to provide the satisfying conclusion they had hoped for, and instead received a cliffhanger that was almost devoid of any resolution. As a result, many people were left wondering where Anthony Hopkins had gone.

The actor, according to a spokesman for the film, was in his home country of Wales. Previously, the show's production team had stated that they would only allow in-person acceptance speeches for the awards. And, despite the fact that Hopkins became the oldest recipient of an Academy Award for acting in any category at the age of 83, it was not worth the danger of getting exposed to the coronavirus in order to accept the award at the British Film Institute in London.

It is unclear whether preparations had been made for someone to accept Hopkins' Oscar on his behalf, but he was not the only winner who did not make a remark at the ceremony on Sunday night, according to reports. Ann Roth, the costume designer for "Ma Rainey's Black Bottom," was unable to claim her award since she was absent from the ceremony. With her triumph, she became the oldest woman to win a competitive Academy Award.

However, his Academy Award triumph on Sunday night was viewed as a surprise by many because he defeated the late Chadwick Boseman, who was nominated for his last, show-stopping appearance as Levee in Netflix's Ma Rainey's Black Bottom, in the process.

He did, however, subsequently make an acceptance statement on Instagram, which was broadcast live from his native country of Wales, in which he stated, "I had no expectation of receiving this award at the age of 83, and I truly did not anticipate it. As well as thanking the Academy, I'd want to pay respect to Chadwick Boseman, who was tragically stolen from us far too soon, and I'd like to express my gratitude to you all once again. I had no idea what was about to happen. As a result, I consider myself extremely fortunate and honored. Thank you very much."

Additionally, the Father actor was nominated against Gary Oldman (Mank), Riz Ahmed (Sound of Metal), and Steven Yeun (The Grand Budapest Hotel) (Minari). Dr. Hannibal Lecter from The Silence of the Lambs was Hopkins' first nomination in this category, which he received in 1992 for his iconic depiction of Dr. Hannibal Lecter in the film. Hopkins was unable to attend the ceremony, therefore the award was collected on his place by Joaquin Phoenix, the category's previous winner, who served as the evening's master of ceremonies.

Hopkins Offered To Zoom Into The Ceremony, But Organizers Weren't Keen

According to reports, the silver screen great and six-time Academy Trophy candidate watched the ceremony from his home in Wales, and it's said he volunteered to receive an award through Zoom if he were to win. According to the New York Times, the Academy Awards intended to prevent video-chatting into the ceremony as much as possible following the Zoom blunders that occurred at other mid-pandemic award presentations.

Before the event, director Glenn Weiss told ET that people were experiencing "Zoom fatigue" and that the organizers intended to provide a ceremony "without distraction." To replace it, there were a few brief comments from last year's winner Joaquin Phoenix, who stated that the Academy received the award on Hopkins' behalf, and that was the end of it.

Hopkins then posted a short video on social media in which he expressed his gratitude for the prize and recognized his fellow nominee. "At 83 years of age, I had no expectation of receiving this honor, and I truly had none," he remarked. In honor of Chadwick Boseman, who was stolen from us far too soon, I'd like to say a few words. Upon winning the Academy Honor for best actor, Hopkins became the oldest person in history to do so. Hopkins has been nominated for the award four times, and in 1991 he took home the prize for his portrayal as Hannibal Lecter in The Silence of the Lambs.