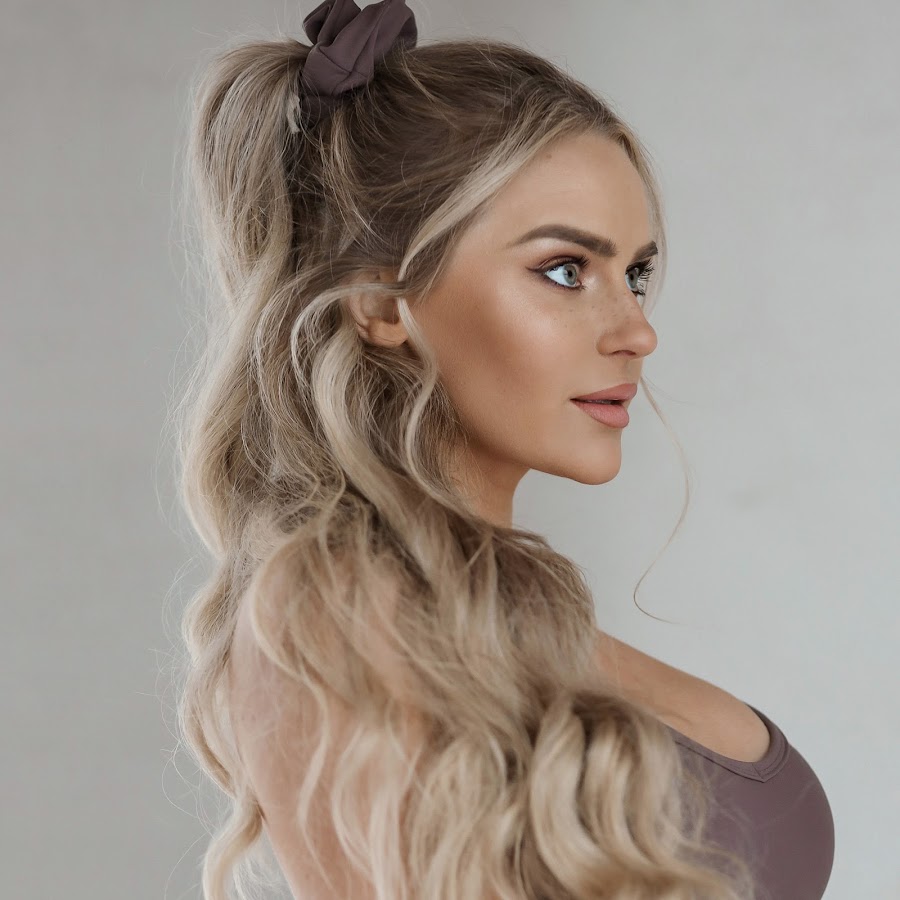 Anna spent her whole life in Sweden with her parents, whom she seldom mentions because she values their privacy and wants to keep them out of the spotlight — Anna has twin sisters, according to one of her "Q&A" videos.

Anna aspired to be an actor rather than a model since she spent much of her childhood watching movies and TV shows with her mother in front of the television. She was not very good to her body throughout the years, and while she was always reasonably pretty, she didn't exercise or eat nutritious foods.

She had a very typical childhood, was quite sociable, and had a large number of friends during her high school years - they would frequently go out partying and drinking alcohol, which did nothing to improve Anna's figure. Anna did not enroll in college when she graduated from high school because she needed to find work to support herself. 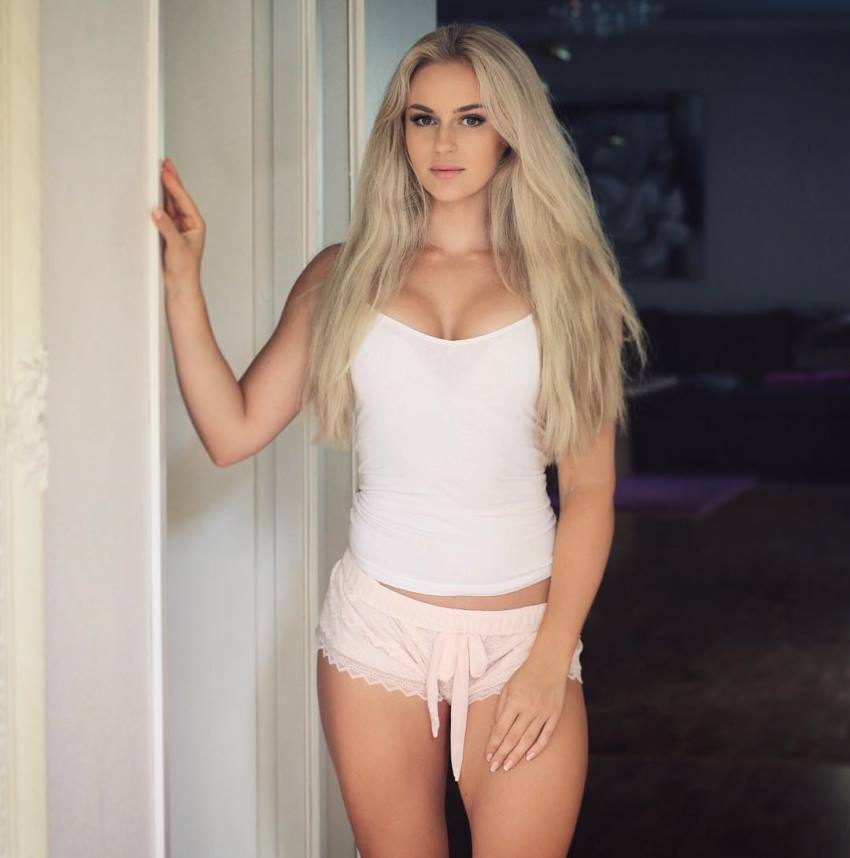 Anna Nystrom Talking About How Her Journey Started

Here's Anna telling about how she got started on her journey: “It all started in 2013 when I created my social media account, like many others. During this time I was going through a difficult time with my health and I had days when I had too much pain to even make it out of bed.

I have always loved photography, to paint, and everything that involves being creative, so it became natural for me to start sharing that on my social media pages.” – Anna Nystrom

Anna continues to set high objectives for herself in order to achieve new career milestones and to inspire others to pursue their dreams. Here are Anna's favorite photos, stats, and exercise;

Anna Nystrom As An Influencer And Entrepreneur In Sweden

“My name is Anna Nyström and I was born 1992 in Stockholm, Sweden. Some of you know me from my instagram – @annanystrom.

I’ve always had a passion for creating. Since an early age I delved into sewing clothes, arts and photography, which led me to study design and fashion. Unfortunately a health matter forced me to quit my design studies and put my dreams on hold. This led me to take extra good care of my body and mind, and I started studying nutrition and training. I became a licensed personal trainer and quickly found a clever way to combine my creative side with this new found passion - social media.

By sharing my journey I could inspire other people out there to live a healthier lifestyle, which in turn motivated me to keep aiming higher.

With consistency, patience and hard work I steadily grew my account bigger throughout the years. Today I have an amazing community with millions of followers, running two companies and working with my social media platforms.

In 2018, my dream of creating and designing my own brand came to life. Workout clothes where elegance and fashion were also important factors, not only functionality. A unique material, soft colors with a minimalistic design. After two years of dedicated hard work, we launched Ryvelle®”.

Anna wanted to make a change in her life in 2013 and started attending the gym. She started cautiously because she was in no position to begin training vigorously; but, once she fell in love with her workouts and saw results, she pushed even harder, determined to mold her figure into the shape she desired.

Anna established her Instagram account as soon as she was pleased with how her glutes looked, which immediately drew a large number of followers, and she became a celebrity. She was quickly recognized by modeling scouts, who invited her to her first photoshoots, following which she got a contract with a famous Swedish modeling agency, marking the start of her career.

She has subsequently graced the covers of numerous prominent Swedish fitness publications, and she is frequently featured in clothing and lingerie ads.

Anna is also a YouTuber, having started her channel on March 6, 2013, with over 110,000 subscribers and almost seven million views across all of her videos. Anna mostly uploads films of her daily life, but she also provides fitness tips and guidance to others who want to improve their physique.

Anna is concentrating on her legs and glutes since this is the region of her body that she enjoys the most. Alternating grip deadlifts (416), thrusters (48), goblet squats (410), overhead squats (48) and sumo deadlift (46) are some of the exercises she practices. Anna's all-time favorite workout is squats, which are attributed with sculpting her glutes; she also gets aerobic sessions three times a week.

Anna doesn't mess around when it comes to glute training; she doesn't waste time with light-weight exercises or stretches.

She'll generally opt for the hardest complex motions with low repetitions that target several body regions. More so than performing bodyweight workouts or hours of cardio, this encourages her body to expand.

If Anna, on the other hand, wants to spice things up, she can. She'll also do some light-weight isolation exercises. They assist her in ‘finishing off' the muscles she worked out with heavy weights earlier in the day.

Anna will change the way she does certain exercises when she wants to focus on her glutes without engaging her legs.

Squats, for example, can be used to target Anna's glutes. When she squats, she'll adopt a wide stance and squat deeper. This will reduce her leg involvement while increasing the strain in her glute muscles.

Anna's diet is quite flexible, since she eats anything she likes but avoids fast food and sweets - she consumes a lot of vegetables, fruits, vitamins, minerals, and fibers.

Anna Nystrom grew up eating nutritious, home-cooked meals, and this is still the foundation of her current diet.

She eats veggies with every meal to ensure she receives all of the vitamins, minerals, and fiber she needs without having to take a multivitamin supplement. Anna will also eat a piece of fruit or a nutritious snack in between meals to keep herself full.

Anna also consumes a large amount of filtered water each day, up to four liters. This not only provides her greater energy in the gym, but it also helps her keep her skin fresh, her hair healthy, and her immune system robust.

Anna doesn't talk much about her personal life, but there are a few details about her partner and their relationship that are still public knowledge.

Anna and her boyfriend – whose identity is unknown – met on the dating app Tinder and agreed to go on a date, during which Anna spent the most of the time chatting while her partner appeared shy and silent (only because he wanted to let her talk).

They continued to go on dates and ultimately started going to the gym together, which is when they fell in love and have been together ever since.

Anna confessed in one of her "Q&A" videos that she wants to marry and have children, and that she is extremely likely to have twins because her mother and sisters are twins. She hasn't mentioned any of the men she dated before to her present partner.

Anna may be a well-known fitness model, but she likes more than just being in front of the camera.

Anna is an animal enthusiast who is working for the preservation of endangered species; she is currently based in Stockholm with her favorite dog Lea. She enjoys all types of art, but particularly enjoys painting, as she is both a painter and a photographer. She is not a party person and does not consume alcohol or smoke cigarettes due to her shyness.

Anna likes watching movies with her partner and would rather watch Netflix and eat popcorn at night than put on make-up and go out to a fancy restaurant for supper.

Anna has been active since she was a child and is proficient in a variety of winter activities, including skiing and snowboarding, but she still loves summer and it's warm weather.

Her present net worth is believed to be more than $400,000, according to reputable sources, and is rapidly increasing owing to her profession as a fitness model.

Anna is highly active on numerous prominent social media networks, which is crucial for her fitness modeling profession.

She began using Twitter in August 2015, and she already has over 22,000 followers and has tweeted over 4,000 times. Her Instagram account is where she first gained fame, and she now has over eight million followers and has published over 2,200 photos to it. She also has a Facebook profile with over 44,000 admirers. 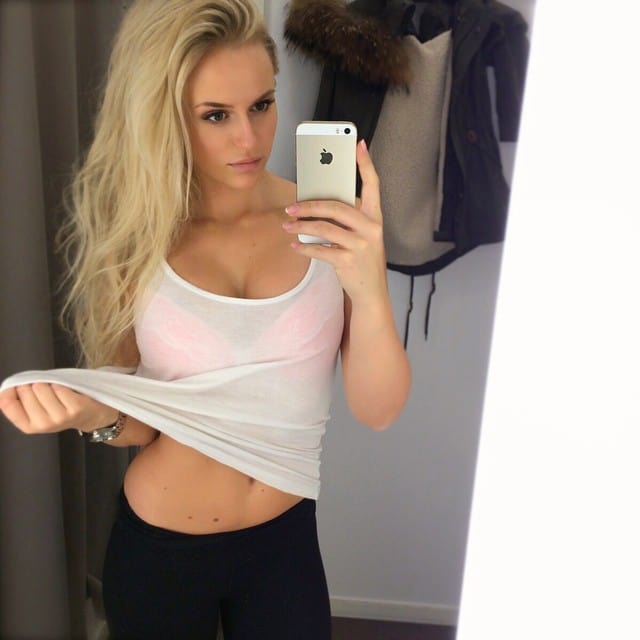 Ana Cheri, who is 31 years old and has almost 12.4 million Instagram followers, is in fourth position. She established her Instagram account out of nowhere when her physique was already well-built;

Jen Selter is in third position, with almost 12.8 million Instagram followers. She is presently 24 years old and began working out at the age of 15 - she was working at a fitness facility at the time, and the first image of her in a bikini she uploaded online instantly made her famous;

Michelle Lewin, who began her career as a catwalk model before switching to bikini modeling, is in second place. She began working out at the gym to improve her body and rapidly increased her weight from 95 pounds to 120 pounds of pure muscle.

Even though they are the top four fitness models right now, the business is changing at a breakneck pace, and newcomers like Alyssa might soon overtake them.

What Anna Nystrom Can Teach Us

One thing we can learn from Anna Nystrom is that life will occasionally present you with an excellent chance. This opportunity may present itself in a variety of ways, but it is up to you to determine if it is worth pursuing.

However, keep in mind that opportunities don't come around very frequently, so make the most of each one that comes your way - just like Anna Nystrom.