Acute Ischemic Stroke - A Review On MMPs And BBB Disruption 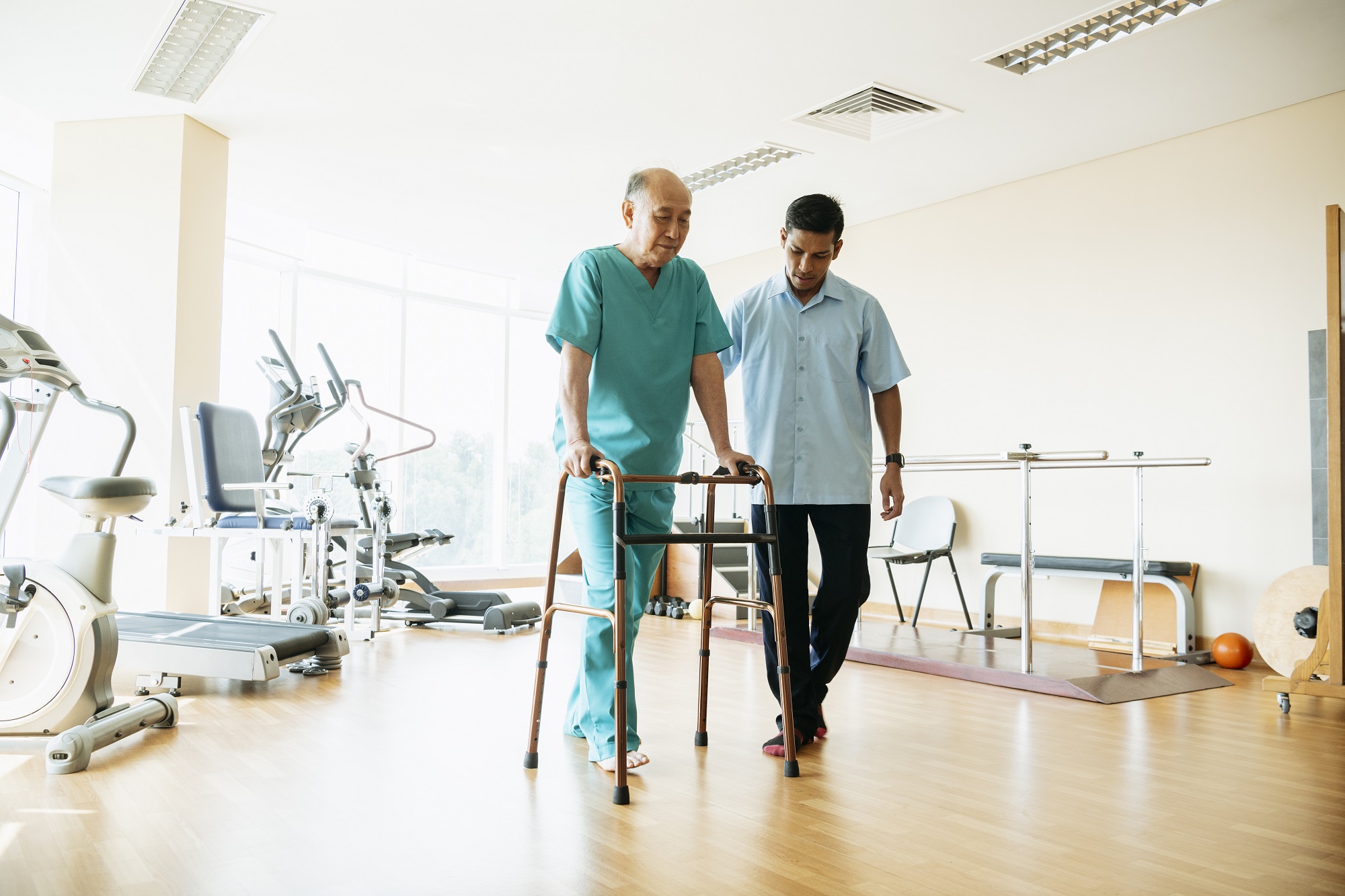 The most common kind of stroke is acute ischemic stroke, which is caused by the sudden occlusion of a blood artery by a thrombus or embolus, resulting in an almost immediate loss of oxygen and glucose to the brain area.

Despite the fact that several mechanisms are involved in the pathophysiology of stroke, accumulating evidence suggests that ischemia damage and inflammation are to blame for its pathological development.

This causes irreversible neuronal damage in the ischemic core within minutes of starting.

Despite advances in understanding of the etiology of cerebral ischemia, the treatment options for acute ischemic stroke remain limited.

What Is Ischemic Stroke?

One of the three forms of stroke is an ischemic stroke. It is also known as cerebral ischemia and brain ischemia.

A blockage in an artery that carries blood to the brain is what causes this particular form of stroke. As a result of the obstruction, the brain receives less oxygen and blood, which causes damage or cell death. If blood flow isn't rapidly restored, brain injury can become irreversible.

Ischemic strokes make for around 87 percent of all strokes.

Hemorrhagic stroke is a different kind of severe stroke in which a blood artery in the brain bursts and produces bleeding. Compression caused by the bleeding might harm or even destroy brain tissue.

Transient ischemic attack (TIA), commonly referred to as a ministroke, is the third form of stroke. This kind of stroke is brought on by a brief obstruction or reduced blood supply to the brain. In most cases, symptoms go away on their own.

The BBB provides a connection between the peripheral and central circulatory systems. It controls the influx and efflux of important biochemicals for brain metabolism and neuronal function. The structural and functional integrity of the BBB is crucial for brain homeostasis.

The anatomical substrate of the BBB is the cerebral microvascular endothelium, which, together with astrocytes, pericytes, neurons, and extracellular matrix, forms the "neurovascular unit" crucial for CNS health and function. Interactions between neurovascular cells are fundamental to brain function.

Neurovascular dysfunction causes sickness. Changes in microvessel integrity may have an effect on neuronal function within the neurovascular unit. Stroke response mechanisms are poorly understood. A successful therapy for a stroke must prevent cell death and restore neurovascular function.

Important BBB TJ adhesion molecule is Claudin-5. Alternating TJ expression and/or distribution at the BBB during an ischemic stroke may affect their structure and/or function. At the TJ, transmembrane and accessory proteins are phosphorylated. The disruption of BBB TJ by disease or drugs may affect BBB function and CNS function. Understanding how BBB TJ may be compromised may aid in the prevention and treatment of neurological diseases.

Excreted MMPs are divided into four classes based on their substrate specificity: collagenases (MMP-1, 8, and 13), gelatinases (MMP-2 and 9), stromelysins (MMP-3, 10, and 11), and a heterogenous group consisting of matrilysin (MMP-7), metallo-elastase (MMP-12), enamelysin (MMP-20), endometriose (MMP-26 (MMP-28). MMPs may also be classified using their domain structure.

All members of the MMP family have been linked to disease, including metastatic cancer, chronic inflammation, and neurological disorders.

The Role In BBB Disruption

Long believed to be biphasic, BBB breakdown is a consequence of localized cerebral ischemia/reperfusion injury. Morphologically, BBB opening correlates with the redistribution of TJ and AJ proteins from the plasma membrane to the cytoplasm and the modification of the endothelium actin cytoskeleton.

Type, severity, and duration of ischemic insults influence BBB disruption. Multiple MMPs may regulate the permeability and function of the BBB during an ischemic stroke.

MMP-2 KO doesn't protect mice from permanent or transient MCAO. According to in vitro findings, MMP-2 is not toxic to hippocampal neurons.

Matrix metalloproteinase-2 is one of two identified human gelatinases of the MMP family, so called because of its capacity to destroy gelatine proteolytically (denatured collagen). MMP-2 is a 72-kDa proenzyme that is widely expressed and extensively glycosylated.

The experimental findings clearly showed a rise in MMP-2 after 3 hours, as well as increased expression of the MMP-2 activators MT1-MMP and furin. A synthetic MMP inhibitor (BB-1101) prevented the rise in MMP-2 levels in the brain, but it had little impact on stroke lesion size 48 hours after MCAO and had substantial negative effects on neurologic function in rats 3 and 4 weeks later.

Direct injection of MMP-2 into the rat brain, on the other hand, led to BBB breakdown and subsequent bleeding, which was prevented by co-administration of TIMP-2. Thus, early TJ protein degradation seems to be related with a significant rise in MMP-2 in the early stages of ischemia.

MMP-10 (stromelysin-2) may potentially have an active role in mediating BBB rupture during ischemic stroke, in addition to MMP-2, 3, and 9. MMP-10, which shares 82 percent of its sequence with MMP-3, is secreted as a 53-kDa proenzyme and matures to a 47-kDa protease. MMP-10's physiological role is little known, with just a few papers trying to characterize this protease.

MMP-10 has been connected to inflammatory/thrombotic processes and vascular integrity, although it is uncertain if MMP-10 has a profibrinolytic impact and might be a potential thrombolytic drug. MMP-10's influence on fibrinolysis was investigated in vitro and in vivo in MMP-10 knockout animals utilizing two separate mouse models of arterial thrombosis, laser-induced carotid damage and ischemic stroke.

In a thrombin-induced stroke model, MMP-10 KO mice had significantly poorer reperfusion and infarct size than sham or tPA-treated animals. Active MMP-10 treatment to WT mice decreased blood reperfusion time and infarct size to the same degree as tPA and was associated with shorter bleeding duration and no cerebral hemorrhage in this paradigm. 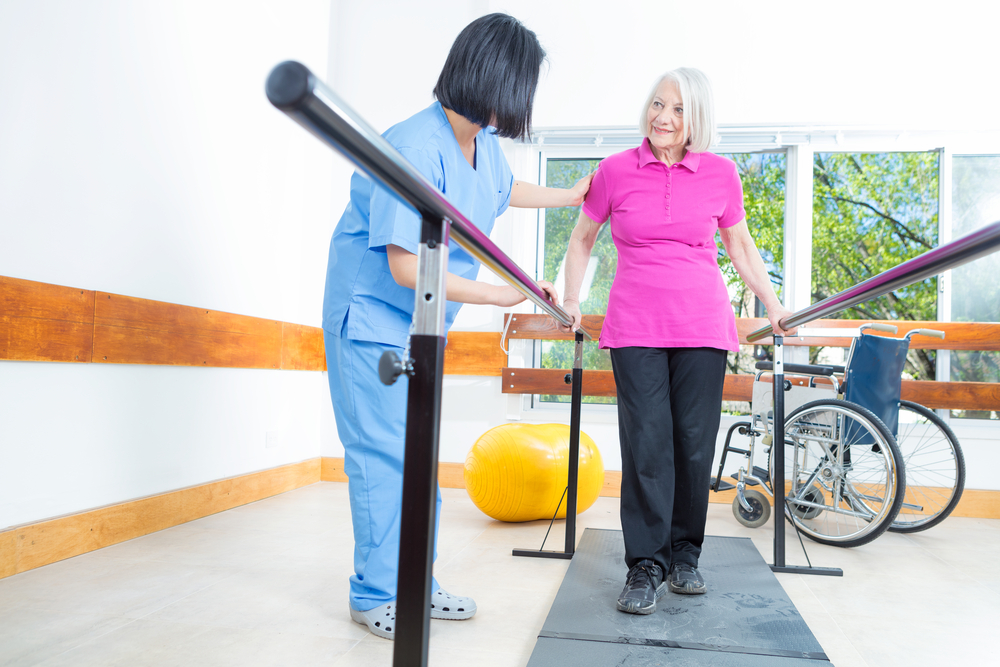 Thrombolysis is beneficial for those who have had an acute ischemic stroke if treatment is begun within three to four hours of the onset of symptoms. Within this window of opportunity, the affected ischemic zone should be preserved by thrombolysis of the blocked artery, which should also improve the clinical prognosis.

However, since delayed tPA impacts the cerebrovasculature, it actually increases the risk of BBB integrity disturbance. Once thrombolytic tPA has penetrated the perivascular tissue, it may impact the neurovascular unit.

Furthermore, study of both tPA KO and WT mice demonstrates that endogenous tPA is both essential and sufficient to promote BBB opening following brief MCAO.

Numerous research on the mechanism of vascular unit disintegration during ischemia and tPA reperfusion have been undertaken. The activation of platelet-derived growth factor (PDGF)-CC, a newly discovered PDGF variation, may play a role in the disruption. tPA enhances BBB permeability through the well-known PDGF-CC agonist.

To test whether PDGF-α activation modifies the cerebrovascular response to stroke, mice were administered the PDGF-α inhibitor imatinib mesylate, also known as Gleevec or STI571, 1 hour after MCAO. When imatinib-treated mice were compared to control mice, the extravasation of Evans-Blue after MCAO was decreased by 33% in the imatinib-treated mice.

Oxidative stress and MMPs play a crucial role in the etiology of BBB breakdown and ischemic stroke. When the physiological balance between oxidants and antioxidants shifts in favor of the oxidants, an organism is more vulnerable to potential injury. This is referred to as oxidative stress.

Free radicals, such as reactive oxygen species (ROS) and reactive nitrogen species (RNS), are created shortly after vascular occlusion. Accumulated free radicals not only render brain tissue more susceptible to ischemic damage, but they also activate a number of metabolic pathways that regulate MMP activity. This causes TJs to degrade and promotes BBB permeability in the ischemic brain.

The principal defense against free radical toxicity is superoxide dismutase (SOD2), which leads SOD2 KO mice to have a significant increase in MMP-9 and a higher incidence of brain hemorrhaging after MCAO.

How Long Can You Live After An Acute Ischemic Stroke?

What Is The Difference Between Stroke And Acute Ischemic Stroke?

What Happens After An Acute Ischemic Stroke?

Weakness, paralysis, and balance or coordination issues Pain, numbness, or tingling and burning feelings Fatigue that may last when you get home. Neglect, or inattention to one side of the body; in severe situations, you may be unaware of your arm or leg.

How Long Does An Acute Stroke Last?

Transient ischemic episodes are generally brief. Most signs and symptoms fade within an hour, while symptoms may continue up to 24 hours in exceptional cases.

Blood-brain barrier breakdown is a critical pathophysiological event in acute ischemic stroke that occurs early enough to fall inside the thrombolytic time window. Because it is connected to HT, early ischemic BBB damage is emerging as a potential target for reducing the hemorrhagic side effects of thrombolytic stroke therapy.

However, little is known about the pathways that lead to BBB breakdown in early ischemia.

Understanding the exact role of MMPs and their signal cascades during an ischemic stroke has substantial diagnostic implications for stroke as well as the development of MMP-modulating therapeutic approaches.

Because of its complicated pathophysiology, which involves blood vessels, neurons, and glial cells, acute ischemic stroke remains one of the most challenging disorders in translational neurology.

Unfortunately, this is related to previously stated concerns about the quick translation of experimental findings into clinical practice. Improvements in the design of our scientific and clinical studies, together with advances in our understanding of the underlying biology of acute ischemic stroke, should allow causal therapy options to reach the clinic fast.