In the face of record fuel prices for consumers and record profits for oil companies, congressional Democrats admonished oil industry leaders Tuesday for doing far too little to ease prices at the pump. At a time of rising global warming concerns, the lawmakers also charged, the companies should dedicate far more of those revenues to developing sustainable fuels.

Rep. Edward J. Markey (D-Mass.), chairman of the House Select Committee on Energy Independence and Global Warming, called directly on the companies to lower their prices to consumers. He also asked that they support a House bill that would eliminate billions of dollars in oil subsidies and promote the production of renewable energies instead. 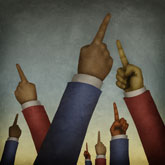 “The poorest Americans are now spending an average of 10 percent of their income to pay for gasoline,” Markey said in a statement. “We need the companies here today to make a similar commitment to American families and pledge to invest at least 10 percent of their profits in renewable energy and biofuels to develop alternatives that will help consumers.”

The hearing came exactly two months after Exxon Mobil announced $40.6 billion in net earnings last year — the single largest profit claimed in corporate history. Markey said the net revenues of the nation’s top five oil corporations — all represented at Tuesday’s hearing — totaled $123 billion in 2007. Despite those enormous figures, however, the industry has dedicated only a fraction to the search for alternative fuels.

The trends have raised eyebrows in Congress, not least of all because gas costs for consumers have skyrocketed simultaneously. Fueling the criticisms, the Energy Information Administration reported Monday that the average retail cost for a gallon of gas hit $3.29 per gallon — another historic high.

But oil industry representatives argued that the rising prices and profits are largely out of their control. Rather, they said, their companies are struggling to keep a foothold in a global marketplace made unpredictable by geopolitical turmoil abroad and evolving industry regulations at home. High profits in up-cycles, they said, are needed to fund development in down-cycles. Federal tampering in that market, they added, will only make matters worse.

The industry’s sentiments were supported by a number of Republicans on the panel, who argued that Congress could help lower fuel prices by lending the industry access to new frontiers of exploration, like Alaska’s Arctic National Wildlife Refuge. As noble as the move to renewables might be, they said, it won’t happen overnight.

“Any reasonable energy policy must recognize that we need affordable supplies of energy,” said Rep. F. James Sensenbrenner (R-Wis.), ranking member of the committee, “and that oil and gas must continue to play a dominant supply role for the foreseeable future.”

Adding urgency to the debate is the sheer amount of energy the United States consumes. While the U.S. makes up just 5 percent of the world’s population, it consumes 25 percent of its oil — most of it imported.

In February, the House passed a bill to eliminate roughly $17 billion in oil and gas subsidies, moving instead to develop wind, solar and other renewable energies. Republicans blocked efforts to move the bill in the Senate.

All sides agree that the country needs to move away from a reliance on foreign petroleum reserves — and that oil companies must play a vital role in that process. What remains in bitter contention is how much of industry’s resources should go toward that effort.

In one telling exchange, Markey pointed out that, despite Exxon Mobil’s $41 billion in profits last year, the company has committed only $100 million toward developing renewable fuels over the next decade.

Simon responded that, “Putting more money into something does not necessarily mean more progress.” That prompted Rep. Jay R. Inslee (D-Wash.) to wonder whether “the oil fairy” would take up the task instead.

Whatever the companies decide, there will be plenty of opportunity to inform Congress, Markey vowed. “This is the first of many hearings you’re going to have this year,” he said.