Tom Theobald’s voice quavers with urgency when he talks about honey bees. The small-time commercial beekeeper sounds distressed, even fearful, when he makes predictions about what will happen to his bees, and indeed his business, next season. He sounds unmistakably angry.

Like most American beekeepers, Theobald has been struggling with the mysterious bee disappearance of the last few years, now being called colony collapse disorder, or CCD. This year, he lost almost all his bees to the disorder. He’s angry. Not just because his own livelihood is in danger, but because nothing is being done to protect the pollinators responsible for over a third of our food crops.

“Basically, I think we’re on a runaway train.” he said, “and we’ve got Daffy Duck at the controls.” 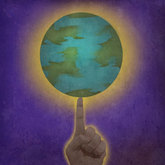 Next week marks the release of a new book theorizing about the cause of CCD and arguing that its sweeping bee kills are threatening America’s food supply. Michael Schacker’s “A Spring without Bees” speculates that pesticides are to blame for these bee losses.

But most beekeepers and researchers say that pesticides may just be one of several causes, including multiple suspicious viruses, working together to form a lethal combination that kills off bees. Since there are so many variables at play — and some of those variables actually change based on certain conditions — the equation is complicated at best. Beekeepers say it’s not unsolvable, though –- that it requires attention from people with the resources and the power to find the answers. That attention, they say, is exactly what CCD is not getting.

CCD took a turn for the worse this year, killing off 1.1 million bee colonies across the country -– that’s 35 percent of the nation’s colonies, more than ever before. Some commercial beekeepers struggling to survive say the federal government has failed the beekeeping industry and endangered food crops. With the new farm bill about to survive a presidential veto, that could change. The bill includes a provision that would give about $75 million over five years to bee research. But it could be too late for many beekeepers who will be forced to shut down within five year’s time. And, some point out, the legislation promises billions in farm subsidy policies that could be harming the bees in the first place.

CCD puts about $15 billion of vegetable, fruit and nut crops in jeopardy. Apples, cucumbers, blueberries, strawberries, soybeans, almonds, avocados, melons and pumpkins are just a few of the crops that depend on honey bee pollination. Honey bees are also needed to pollinate seeds for a number of crops, including cabbage, broccoli and herbs.

The disorder is also taking a toll on the U.S. beekeeping industry.

For 33 years, beekeeping has defined Tom Theobald’s life. His one-man operation, Niwot Honey Farm, is a community-based producer outside Boulder, Colo., that sells to local outlets and clients around the country. He compares his specialty honey to a particular vintage of wine — there’s nothing else like it, he says.

But Theobald didn’t begin his career as a beekeeper. He spent 10 years in the corporate world, working as a manager for IBM. After a while, he decided to seek fulfillment elsewhere. “I knew I had to make a change,” he said. “I didn’t want to spend the rest of my life in a cube farm.” So he turned to beehives.

Image has not been found. URL: /files/washingtonindependent/bees/strawberries.jpg

Three decades later, his successful honey farm provides him a decent living. Now, all that could come to a crashing halt.

Before CCD surfaced in a serious way, Theobald’s colony losses during the winter never exceeded 30 percent. Last year, they went up to 45 percent. This year, Theobald’s losses jumped to 70 percent.

“I’m close to going out of business,” he said. “I’m just about done for. And I’m typical of what’s going on all over the country.”

Specialty honey is one thing, but CCD endangers the bulk of the nation’s healthy crop supply — not to mention a multitude of foods made from those crops and the livestock that feeds on some of those crops.

“Bees, one way or another,” explains Eric Mussen, an apiculturist and entomology professor at the Univ. of California, Davis, “are involved in a whole lot of our food supply.”

That’s why, Mussen says, some researchers and beekeepers are frustrated that nothing has been done on the federal level in an emergency sense. “Very little of extra funding has been put into this on the federal level,” he said. “Actually, infusions of funds that did come came from things like the National Honey Board, Haagen Dazs Ice Cream, and Burt’s Bees. They actually put more money into this than any state or federal money. And obviously that wasn’t a big, big infusion of funds. But it was substantial.”

Indeed, Haagen Dazs has donated $250,000 to bee research, Burt’s Bees, a line of natural personal care products, has given $32,000 and the National Honey Board $13,000. And while Sen. Barbara Boxer (D-Calif.) has been fighting for $20 million in agriculture appropriations for colony collapse research, that money has yet to be found. California agriculture has a vested interest in honey bees, since its almond crop is the largest in the world.

Image has not been found. URL: /files/washingtonindependent/bees/pumpkins.jpg

The farm bill’s promise of $15 million annually for research into CCD could be a step in the right direction, says the Texas beekeeper Mark Brady, the president of the American Honey Producers Assn. Brady owns and operates a fairly large commercial outfit both for pollination services and honey production.

Unlike many of his colleagues in Texas, Brady has been able to offset losses from CCD and his business is doing fine. “From a Texas standpoint, there are several outfits here [in danger]. A lot of those guys have lost 50 percent of their outfit, 60 percent, as high as 70 percent,” he said. “When that happens, it’s just devastating for you.”

Brady says many beekeepers will likely be driven out of business in less than five years. “It may take 3, 4, 5 years to put some of these guys out of business,” he said, “but if we don’t find some answers, it’s going to be a big problem.”

Some are saying it will be difficult to get those answers from the federal government because Secretary of Agriculture Ed Schafer doesn’t seem to realize the seriousness of the problem. Schafer recently told U.S. News & World Report that the USDA doesn’t need money for CCD research. “You can always try to overwhelm things with money and hopefully get a better answer. Very, very seldom do you get a better answer; you’re just wasting money,” he said.

Schafer added that his department has “this great bee guy who’s tinkering away in the lab to see what’s going on.” But without the resources to do the research, that great bee guy may be at a loss for answers.

Still, the Bee Research Laboratory and the Agricultural Research Service — divisions of the USDA — are doing their best with what they have so far. Spokeswoman Kim Kaplan says there are a few CCD projects currently under way. But right now, there isn’t one or more researcher working solely on CCD research. “Because we don’t know what causes it, we have to have experts in all the different facets” she said, “So we don’t have any one scientist who is completely devoted to CCD. What we have is a number of researchers who work on CCD projects either in part or in whole.”

Kaplan said if federal projects received more funds, researchers could potentially make progress more quickly. “I’ve never found a researcher who wouldn’t say he didn’t need more funds,” she said. “If we get more funds, we can have more projects going on at any one time.”

Even if scientists are still far off from solving the CCD mystery, beekeepers like Theobald say there is a lot that can be done to reduce known threats to bees — and a lot that should have been done for years. They argue that the government has failed to devote adequate resources to researching pathogens, regulating pesticides known to be toxic to bees and eliminating parasites in bees’ habitats. Beekeepers, Theobald says, have received the short end of the agricultural stick.

“A lot of beekeepers have said if this were cattle or chickens or hogs that were experiencing these losses -– if this were any other livestock -– there would be major attention directed to this,” he said. “USDA seems to be totally in the dark as to the magnitude of this.”

“I think this is a symptom of a much more serious problem –- a government and institutional failure of monumental proportions,” said Theobald. “We shouldn’t be here.”