Traumatic spinal cord injury is a crippling neurological disorder that has a significant financial effect on afflicted people and the healthcare system.

According to this article from Spinal-Injury.net, a person can suffer from spinal trauma if they sustain an injury that causes damage to their spinal cord, spinal column, or the bones that surround their spinal cord. Damage to the spinal cord, which includes the nerves that convey information between the brain and the rest of the body, can produce permanent changes in the functions of the body.

In North America, 12,500 new incidences of spinal cord injury are reported each year.

More than 90% of spinal cord injury instances are traumatic and result from traffic accidents, violence, sports, or falls.

Spinal cord injury has a documented male-to-female ratio of 2:1, and it occurs more commonly in adults than children.

The age distribution is bimodal, with a first peak of young people and the second high of those over 60.

The spinal cord is encircled by bone rings known as vertebrae. The spinal column is made up of these bones.

The higher the lesion occurs in the spinal column, the more dysfunction a person would feel. The vertebrae are called from their placement.

The cervical vertebrae are the seven vertebrae in the neck. C-1 is the top vertebra, C-2 is the next, and so on.

Injury to the cervical spinal cord generally results in loss of function in the arms and legs, leading in quadriplegia and spinal cord paralysis.

Thoracic spinal cord injuries often affect the chest and legs, resulting in paraplegia. The lumbar vertebra is the vertebra in the lower back between the thoracic vertebra, where the ribs join, and the pelvis (hip bone).

The secondary injury develops within minutes of the first injury and may linger for weeks or months, causing progressive damage to the spinal cord tissue around the lesion site.

It was observed during a study on spinal cord damage in dogs that eliminating the post-traumatic hematomyelia improved neurological prognosis.

More spinal cord damage is caused by the presence of "biochemical components" in the necrotic hemorrhagic lesion.

Secondary injury is still used in the field to define cellular, molecular, and biochemical activities that continue to self-destruct spinal cord tissue and impede neurological recovery after spinal cord damage.

There are three types of secondary injury: acute, subacute, and chronic.

The acute secondary damage components listed below contribute to the pathophysiology of spinal cord injury. 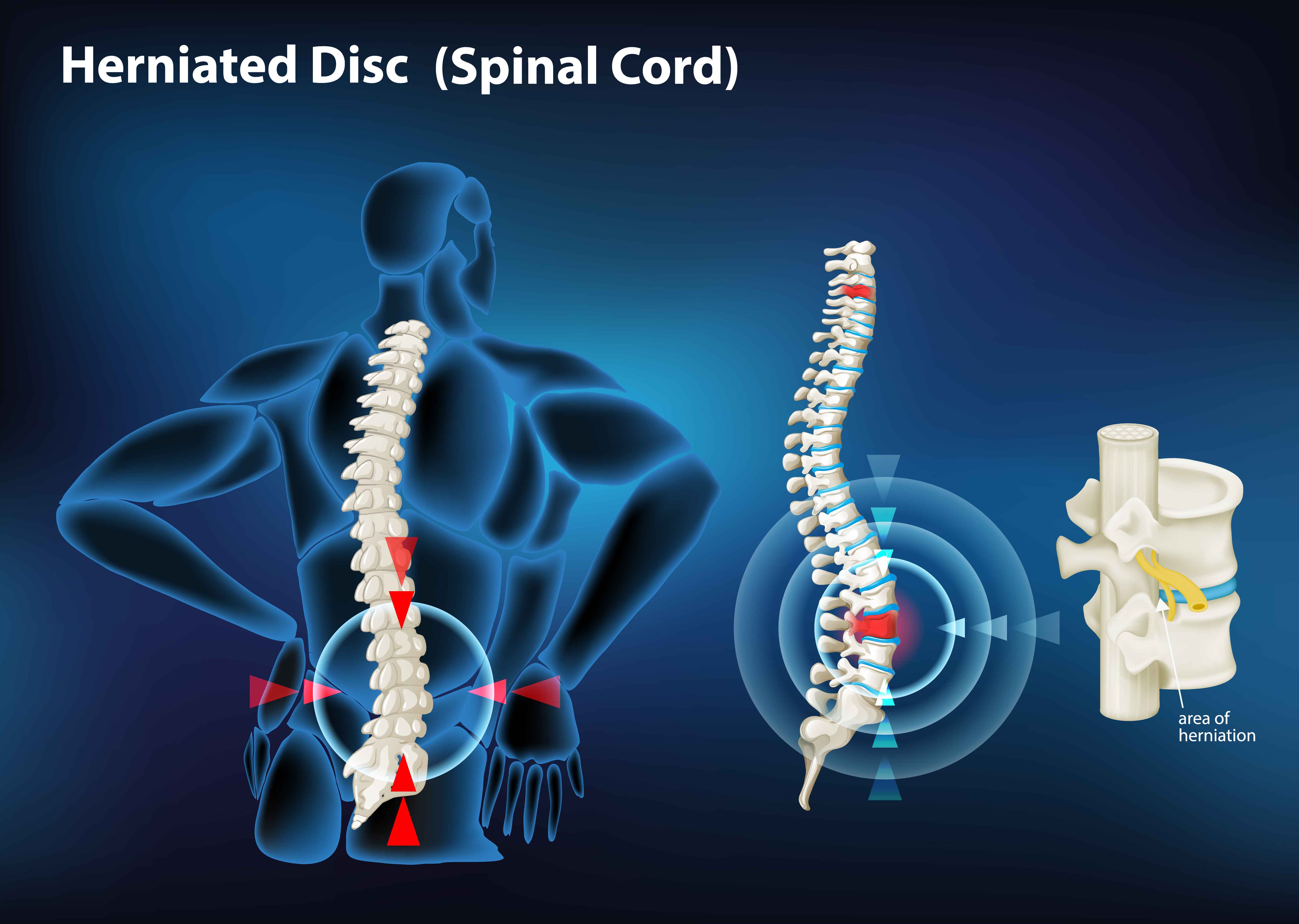 Visual description of injury in a human spinal cord

One of the early outcomes of initial damage is disruption of spinal cord arterial supply and hypo-perfusion.

Blood flow to the spinal cord is further disrupted by increased tissue pressure in the edematous damaged spinal cord and hemorrhage-induced vasospasm in intact arteries.

In rat and monkey models of spinal cord injury, blood flow at the lesion epicenter decreases gradually during the first several hours after damage.

Gray matter is more vulnerable to ischemia injury than white matter because it comprises neurons with high metabolic requirements and has a 5-fold greater density of capillary beds.

After the damage, white matter blood flow often recovers to normal within 15 minutes; however, the gray matter has many hemorrhages and, consequently, re-perfusion usually does not occur for the first 24 hours.

Glutamate is the principal excitatory neurotransmitter in the central nervous system (CNS).

Shortly after spinal cord damage, an influx of Ca2+ activates many protein kinases and phospholipases.

An increase in Na+ concentration activates the Na+/H+ exchanger, increasing intracellular H+. Lipid and protein oxidation is one of the critical secondary damage mechanisms after spinal cord injury.

These include mitochondrial respiratory and metabolic failure and DNA alterations leading to cell death.

Cell death is a significant event in the secondary damage processes that affect neurons and glia after spinal cord injury.

Receptors control the process of necroptosis. It is triggered by TNF receptor 1 (TNFR1) and requires RIPK1 and RIPK3.

In rats, apoptosis begins as early as 4 hours after injury and peaks at 7 days. Injury-induced Ca2+ influx is the primary cause of apoptosis, which activates caspases and calpain, enzymes involved in protein breakdown.

Dysregulation of autophagy results in neuronal death, and blocking it has been related to neurodegenerative diseases such as Parkinson's and Alzheimer's.

Neuroinflammation is a secondary injury process that occurs both locally and systemically.

Inflammation following spinal cord damage may be beneficial or detrimental depending on the time and immune cell activation.

Microglia/macrophages/microglia activation and autoantibodies against spinal cord antigens are caused by injury.

Astrocytes use IL-1R1-Myd88 to recruit neutrophils. TGF and IL-10 are produced by astrocytes, which create a pro-regenerative M2-like phenotype in microglia/macrophages.

Cytokines, chemokines, and growth factors are all affected by the neutrophil reduction.

Microglia/macrophages populate the injured spinal cord within 2-3 days after injury.

T and B cells are essential for immune healing after spinal cord damage.

Scar Tissue In The Glia

Glial scarring is a multifactorial phenomenon generated by several populations in the injured spinal cord.

Both resident and invading inflammatory cells have a role in glial activation and scar formation.

Fibroblasts, pericytes, and ependymal cells, as well as glial and immune cells, contribute to its formation.

Leukocyte infiltration, cell death, myelin breakdown, and functional recovery are all impeded by blocking this pathway.

CSPGs are substantially elevated after injury and reach a peak of expression two weeks later. After spinal cord damage, the inhibitory effects of the astrocytic glial scar on axonal regeneration have recently been called into doubt. 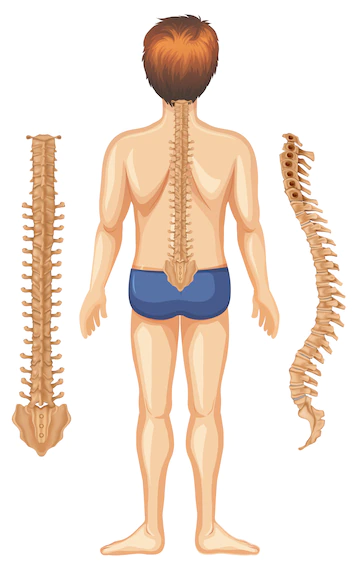 In recent years, there has been a rise in interest in employing non-human primates and other larger animals as intermediate pre-clinical models.

In terms of size (neuroanatomy and physiology), large animals are comparable to humans.

Because of their size, they are more suited for drug development, bioengineering breakthroughs, electrophysiology, and rehabilitative research.

Transection models are suitable for studying axonal regeneration and developing biomaterial scaffolds to bridge the gap between a damaged spinal cord's proximal and distal regions.

These models are less useful in generating and testing new therapies since they result in less severe injury and higher amplitude of spontaneous repair.

In 1992, Gruner established the impactor paradigm at New York University.

The original New York University impactor consisted of a metal rod with a fixed weight (10 g) that could be dropped from a certain height onto the exposed spinal cord to produce damage.

The most recent version, Multicenter Animal Spinal Cord Injury Study III, was launched in 2012 and included both electromagnetic control and digital recording of impact parameters.

Multicenter Animal Spinal Cord Injury Study is a computer-controlled electromagnetic impactor invented in 1987 and improved in 1992.

The Infinite Horizon impactors have the potential to cause mild, moderate, or severe spinal cord damage (for example, 100, 150, and 200 kdyn).

The irregularity of the clamps on these impactors in firmly maintaining the spinal column during the impact may result in inconsistent parenchymal damage and neurological deficits.

Clip compression is the most often used compression model of spinal cord damage in rats and mice.

In this model, a tailored aneurism clip with a calibrated closure force is applied to the spinal cord for a set time (usually 1 min).

The level of injury may be calibrated and adjusted by varying the power of the clip and the period of compression.

This model uses calibrated forceps with a spacer to compress the spinal cord bilaterally.

In general, all compression models have the same limitation: the velocity and amount of force are unmeasurable.

Can You Fully Recover From A Spinal Cord Injury?

Unfortunately, there is no method to repair spinal cord injury. However, researchers are constantly developing novel therapies, including prostheses and drugs, that may accelerate nerve cell regeneration or enhance the function of the nerves that survive a spinal cord injury.

What Is The Most Serious Permanent Effect Of Spinal Cord Trauma?

What Is The Best Treatment For Spinal Cord Injury?

Following rehabilitation practices may assist people with SCI, including:

This is mainly owing to the development of novel transgenic and preclinical animal models, which have aided in the quick discovery of spinal cord injury mechanisms.

Although spinal cord injury research has made significant progress, more effort has to be made to transfer findings from animal studies to therapeutic applications in people.