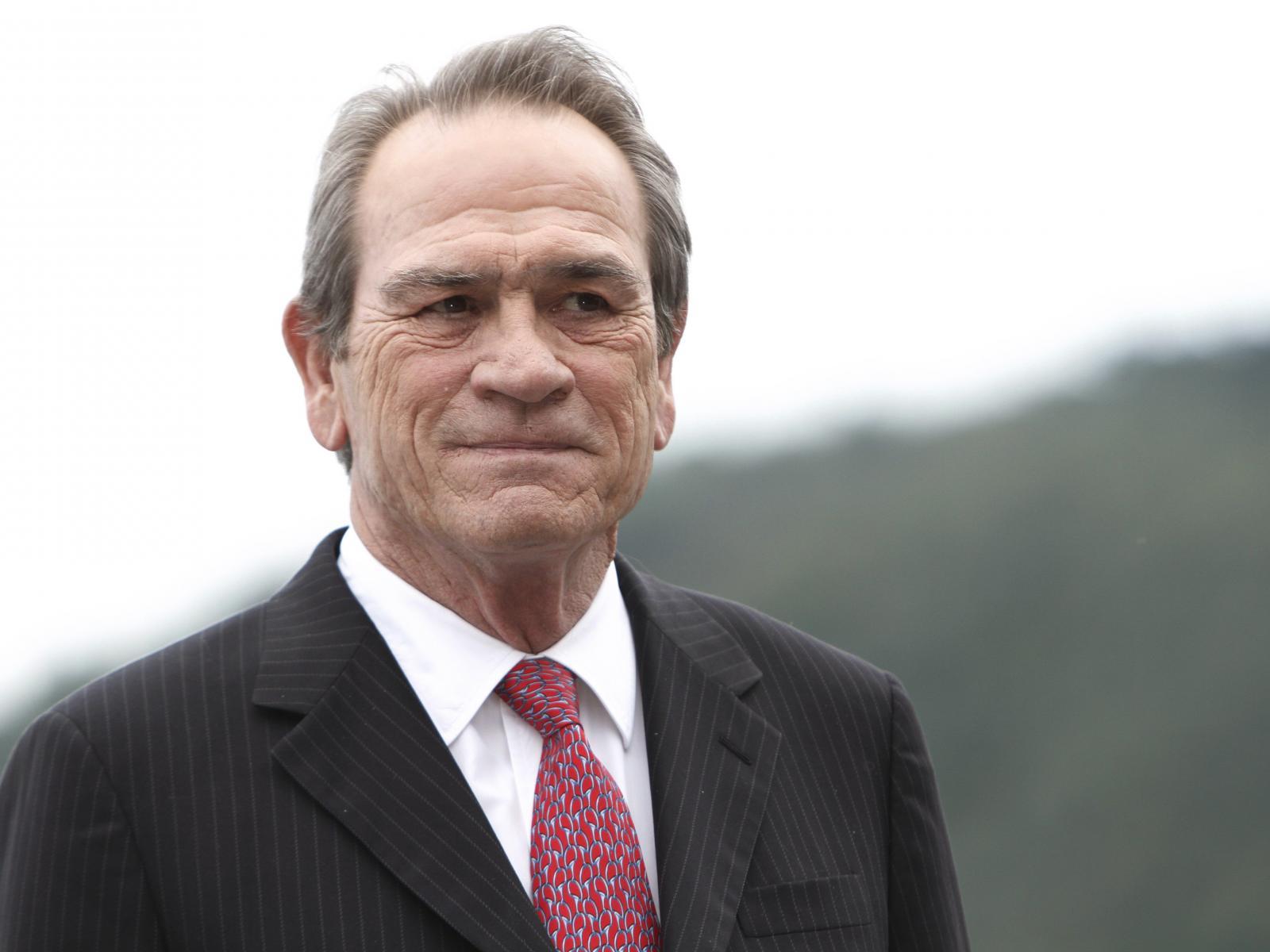 Mommy Lee Jones (born September 15, 1946) is an actor and film director from the United States. He was nominated for four Academy Awards, winning Best Supporting Actor in 1993 for his role as US Marshal Samuel Gerard in the thriller The Fugitive.

Other notable roles include Texas Ranger Woodrow F. Call in the television miniseries Lonesome Dove, Agent K in the Men in Black film series, Sheriff Ed Tom Bell in No Country for Old Men, Hank Deerfield in In the Valley of Elah, Mike Roark in the disaster film Volcano, terrorist William "Bill" Strannix in Under Siege, and Texas Ranger Roland Sharp in M.

In 2019, he starred in the science fiction picture Ad Astra, and in 2020, he will star in the comedy The Comeback Trail. 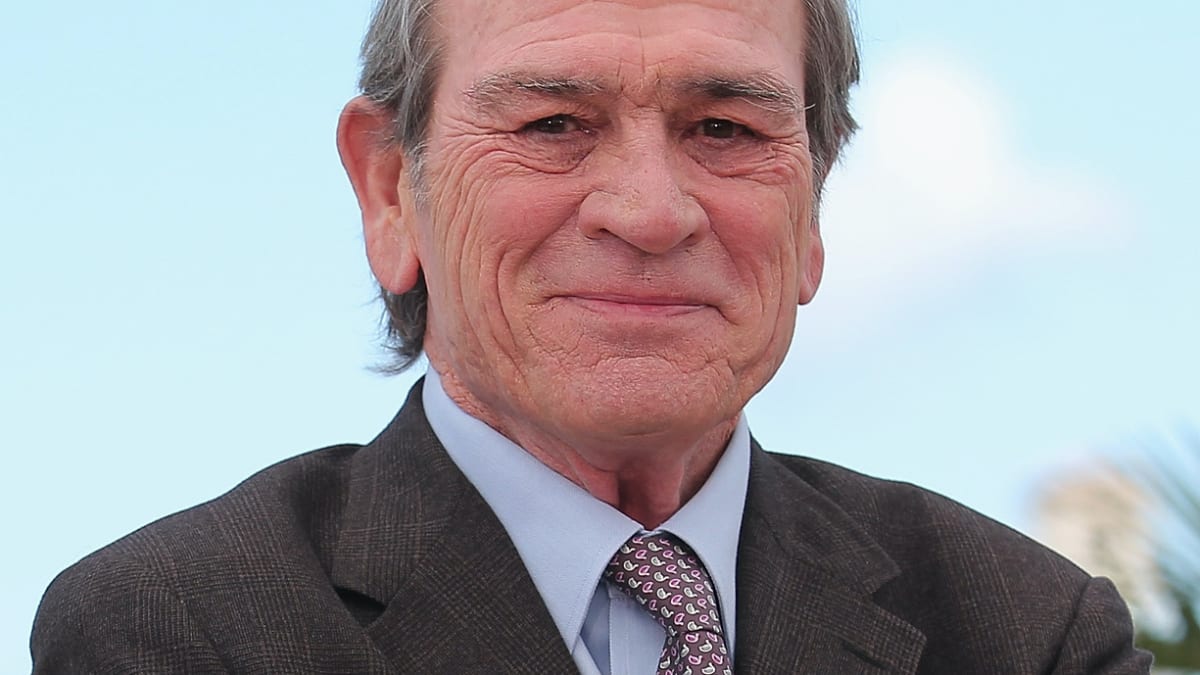 Tommy Lee Jones portrays Samuel Gerard, a US deputy marshal tasked with apprehending fugitive killer Dr. Richard Kimble (Harrison Ford). Jones asserts his authority right away, assuming command of the manhunt in the aftermath of a prison bus-train accident that released Kimble and put him on the run.

Jones' Gerard is tough, sarcastic, funny, and persistent in his pursuit of Kimble, trapping the desperate doctor in a storm drain high above a dam, where the good doctor plunges spectacularly into the whirling waters below.

Jones had one of the finest "supporting" parts of his career in The Fugitive, a tight, high-octane criminal thriller.

Jones is captivating as Gilmore, a gloomy, deceitful career criminal who commits two needless murders after serving a lengthy sentence for armed robbery.

Gilmore, who has been sentenced to death, openly advocates for his own execution by firing squad, which Utah officials dutifully carried out on January 17, 1977. The Executioner's Song, based on Norman Mailer's novel, also stars Christine Lahti, Rosanna Arquette, Eli Wallach, and Steven Keats.

Hank Deerfield (Tommy Lee Jones) is a former military investigator who learns that his Army specialist son, Mike (Jonathan Tucker), has gone missing. Mike had just returned from a term of service in Iraq, and his disfigured and burnt corpse was discovered outside an Army camp.

Jason Patric, Susan Sarandon, James Franco, Barry Corbin, Josh Brolin, and Frances Fisher join Jones in supporting roles. In the Valley of Elah, written and directed by Paul Haggis, was based on a real story recounted by writer Mark Boal in his magazine piece "Death and Dishonor".

In The Valley Of Elah - Official® Trailer [HD]

Jones has a lot of fun in this quirky sci-fi comedy, where he and Will Smith use high-tech weaponry to fight their frightening (but mainly funny) alien foes.

(To Will Smith's Agent Jay): Great Tommy Lee Jones line: "Okay, kid, here's how it works. Most of them are based in Manhattan. And the most of them are good people simply trying to make ends meet."

Jones shines as the hard-drinking rural guy who gives his wife a guitar for their wedding anniversary, laying the groundwork for her ascent up the country music ladder. Until Jones got into some legal problems, the real Mooney didn't care much for Jones playing him on the big screen.

Prior to the start of the shooting at Butcher Holler, Kentucky, Jones got high on local moonshine, raced through town in a leased jeep, and ended up in prison on charges of drunken driving and resisting arrest. That, according to the real Mooney Lynn, won Jones a pass to portray him in the film.

Tommy Lee Jones had a great line: "I'm leaving Kentucky, Loretta. Find me another job if you're going out west. That dreadful coal mine is going to extinguish my life.

There's nothing in Kentucky for me but a chest full of coal dust and becoming an old man before I'm forty; just ask your daddy. "

Tommy Lee Jones portrays Samuel Jones/Chaa-due-ba-its-Aidan, a father who returns to his family in 1885 New Mexico in the hopes of reconciling with his adult daughter, Maggie (Cate Blanchett).

Maggie, on the other hand, is not forgiving, blaming him for her mother's early death. When rebel Apaches headed by Pesh-Chidin (Eric Schweig) kill settlers and kidnap their girls, things shift.

Jones, Maggie, and a few others are on the lookout for the Apaches.

Val Kilmer, Evan Rachel Wood, and Jenna Boyd star in The Missing, which is evocative of John Ford's The Searchers (1956).

"Jones is intriguing, an actor who seems to despise the process of acting, wearing his long Indian dreadlocks with deadpan resignation, but sometimes shocking an audience with an odd line reading..." said Mick LaSalle of the San Francisco Chronicle.

Great Tommy Lee Jones line (to Maggie, played by Cate Blanchett): "An Apache legend tells of a man who awoke one morning to see a hawk flying through the air. I went outdoors and never came back. He met his wife in the spirit realm after he died. 'Well, the hawk continued soaring,' he said when she questioned why he never returned home."

Clay Shaw, a New Orleans businessman involved in President John F. Kennedy's murder, is played by Tommy Lee Jones. The hapless Shaw is put on trial by New Orleans district attorney Jim Garrison (Kevin Costner), who thinks he has discovered a conspiracy around the killing.

Jones' subtle depiction of the real-life Clay Shaw (1913-1974) is one of the highlights of JFK, which is an explosive combination of truth, fantasy, and speculation.

"Jackson County Jail" was one of a slew of exploitation pictures that flooded drive-in cinemas in the 1970s, films that were mostly disregarded by reviewers.

However, one aspect of this picture about a white businesswoman (Yvette Mimieux) who is raped by many guys and put in jail caught the attention of critics: a young actor with a craggy face and an odd delivery.

In David Frankel's comedy/drama, Jones reunites with his "Prairie Home Companion" co-star Meryl Streep as a married couple who find themselves as empty-nesters and feel compelled to reconnect physically in order to preserve their marriage.

Kay (Streep) takes the surly Arnold (Jones) to visit a marital counselor (Steve Carell), who uses every trick in the book to persuade the obstinate Arnold.

After the joyful romance of "Bull Durham," Ron Shelton's first baseball-themed picture is everything but that.

Cobb is no longer a baseball elder statesman, but a poisonous, racist alcoholic who turns nasty to Stump as the two travel across the nation to Cooperstown for Cobb's induction into the Baseball Hall of Fame.

Jones plays Sheriff Ed Tom Bell in the Oscar-winning Best Picture of 2007, in which he discovers that deputy sheriff Llewelyn Moss (Josh Brolin) has gone missing with $2 million in drug cartel money, and that ruthless assassin Anton Chigurh (Oscar winner Javier Bardem) has been recruited to retrieve the money.

Sheriff Bell is played by Jones with a world-weariness that is both clever and eerily accurate.

Harrison Ford plays Dr. David Kimble, who is unjustly accused of murdering his wife and escapes from prison in Andrew Davis' film based on the popular 1960s television series.

Deputy U.S. Marshal Samuel Gerard, who is hell-bent on apprehending the fugitive, is unrelenting in his pursuit. When Kimble is apprehended by Gerard, he holds him at gunpoint and begs with him, "I didn't murder my wife."

With his hands up, Gerard just says, "I don't care." He also doesn't. Jones earned his first Academy Award and Golden Globe Award for his portrayal of Lt. Gerard.

When it came to not turning his back on emancipation, the colorful Rep. Stevens attempted to push President Lincoln's feet to the fire, and the President followed through, persuading Congress to adopt the historic 13th Amendment to guarantee racial equality.

Jones was also nominated for his fourth Academy Award and third Golden Globe Award for Best Actor in a Motion Picture for "Lincoln."