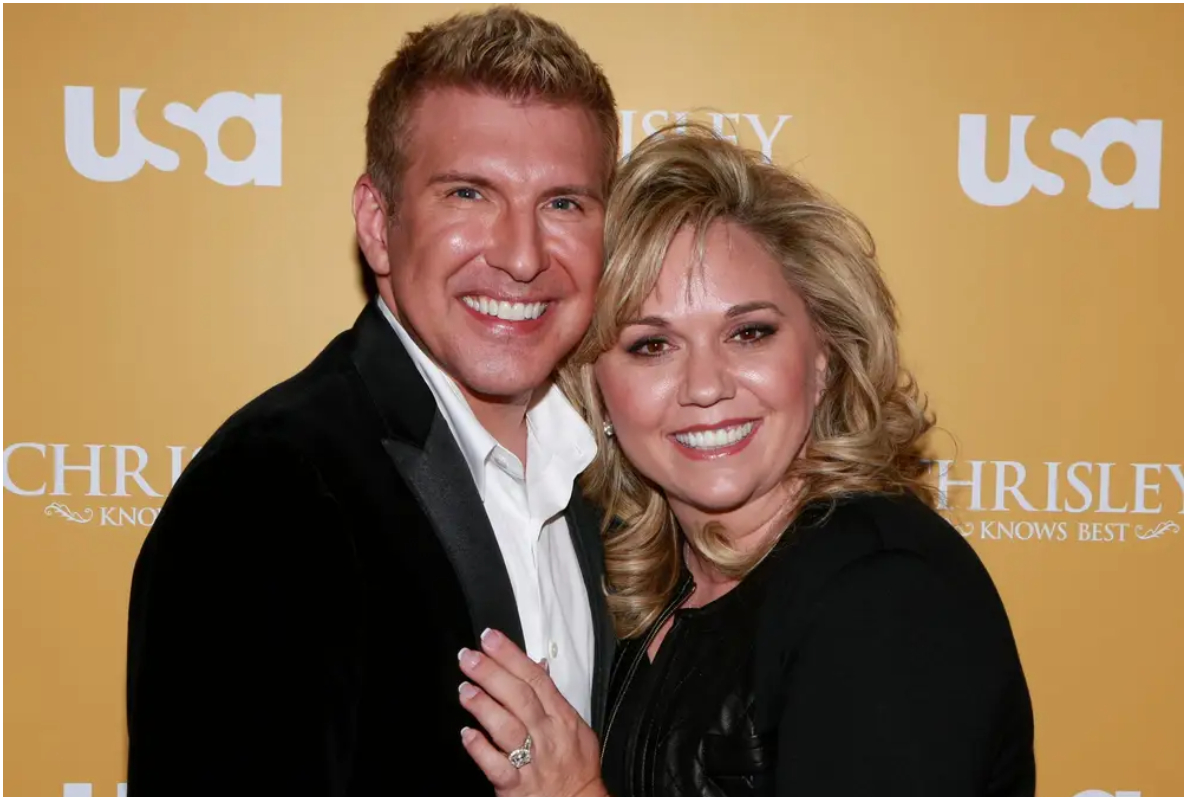 Todd, who is 53 years old, is in Florida's Federal Prison Camp Pensacola for 12 years. Julie, who is 50 years old, was supposed to spend the next seven years at the Federal Correctional Institution Marianna, which is only two hours away. However, on December 20, she was moved to the Federal FMC Lexington in Kentucky.

Both Todd and Julie Chrisley have gone to prison to start their sentences.

In November, a jury found the Chrisleys guilty of a multimillion-dollar bank fraud and tax evasion scheme and gave them a total prison sentence of 19 years. Todd and Julie will also have to serve an extra 16 months of probation after they get out of jail.

The Chrisleys were first charged in August 2019, and another charge was brought against them in February 2022. Prosecutors say that the couple gave banks fake documents when they tried to get loans, and Julie gave fake credit reports and bank statements when she tried to rent a house in California.

Their guilty verdict in June 2022 came at the same time that Todd's ex-business partner, Mark Braddock, said that the reality star cheated on Julie with him and that they paid off a blackmailer to keep the alleged gay affair a secret. Todd has strongly denied what Braddock says.

In a press release after their convictions in June, U.S. Attorney Ryan K. Buchanan said that the couple worked together to trick community banks in the Atlanta area into giving them more than $30 million in personal loans before their first TV show came out in 2014.

Prosecutors say that the Chrisleys and their former business partner lied on their loan applications and used the money to buy cars, clothes, real estate, and travel. They then took out new loans to pay back the old ones.

After the couple was sentenced, their lawyer said they were going to fight their convictions. The couple asked the judge to put off the start of their prison terms while they appealed, but the judge said no. CBS News has contacted the Chrisleys' attorney to find out more about their sentencing and appeal.

Judge Rachel Juarez, who is the star of the first three-judge panel CBS show Hot Bench and was not involved in the Chrisleys' case, told ET what life might be like for Todd at FCI Pensacola, which Juarez says "has made a lot of lists as one of the easier places to do time in a federal system."

In fact, the Buffalo News wrote in October 2020 that the minimum-security prison was "laid-back" and pretty much like "camp."

The news source also said that inmates at FCI Pensacola have access to a well-stocked library, a gym, a track, and the chance to play racquetball, volleyball, and horseshoes, among other sports. They have also watched movies. The Buffalo News says that the prison is so safe that it isn't even set up for solitary confinement.

As for Julie, FCI Marianna is a prison that, according to Business Insider, has 25 buildings and houses about 1,2000 male and female inmates in seven housing units. Some of their recreation programs, according to the outlet, include intramural sports, art, aerobics, music, and other hobbies.

Julie talked about what it will be like to be apart from her husband for the first time this month on the Chrisley Confessions podcast. She also talked about how seeing Emmy Medders' mother take care of her father when he was diagnosed with ALS put things in perspective for her.

Since 2014, the couple and their family have been on "Chrisley Knows Best" and a few of its spin-offs.

Todd Chrisley has two adult children from a previous marriage, and he and Julie Chrisley have three children together: Chase Chrisley, 26, Savannah Chrisley, 25, and Greyson Chrisley, 16. Chloe, their 10-year-old granddaughter, was also living with them.

Their lawyer, Alex Little, says that reality TV stars Todd and Julie Chrisley are now in the care of federal prison officials. The couple, who were sentenced to prison for fraud and tax crimes in November and had to report to their prisons in Florida and Kentucky by Tuesday at noon local time, did so.

The Chrisleys are known for their reality show "Chrisley Knows Best." In June, a Georgia court found them guilty of plotting to give fake loans worth more than $30 million to banks.