Never Miss An Adventure! Visit The Tintin Shop In London 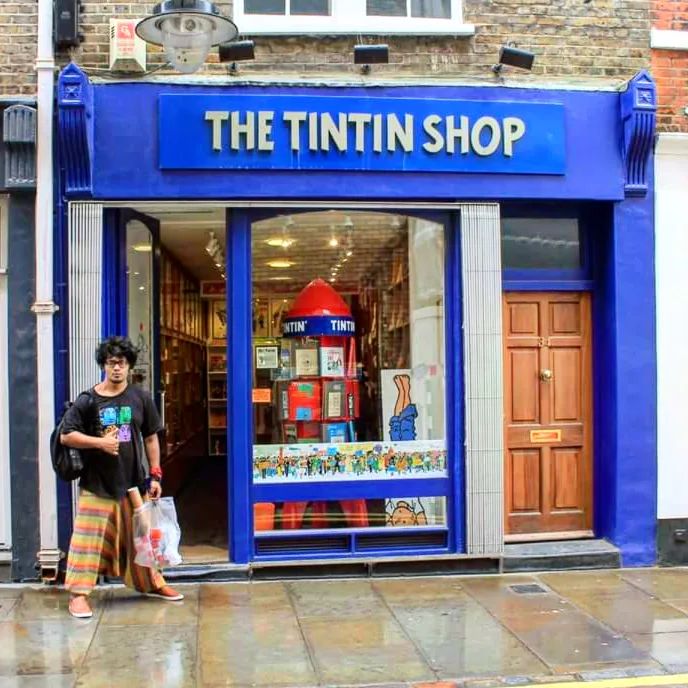 One of my favorite shops in London is The Tintin Shop, which is located near Covent Garden on a less-traveled side street that is less crowded with tourists.

“The Adventures of Tintin” brought back fantastic memories for people who grew up reading about his exploits, and a visit to this shop will recreate the pleasure that came with reading one of Tintin's adventures for the first time.

For those who are unfamiliar with the adventures of Tintin, this is an excellent location to begin their exploration of the young reporter's travels, regardless of age.

Despite the fact that there are now other Tintin stores all over the world, The Tintin Shop in London was the first one to exist.

Which Country Has A Tintin Boutique Store?

In 1984, The Tintin Shop in London opened its doors to the public for the first time. It initially offered a limited selection of merchandise only.

When you go abroad – perhaps there’s one in your town or in a nearby city! – you can check The Tintin Shop in the following countries:

Aside from The Tintin Shop, there are also authorized online retailers, such as Amazon, Comics Barcelona, and Toy Dreamer.

There’s another reason to go to The Tintin Shop nearest to you because what you buy there today could be worth a small fortune in the future.

Already, first edition comic books, original art, associated video games, and miniatures are in high demand as collectibles, according to This is Money.

“‘Tintin’ never goes out of fashion, which ensures the value of his collectables continue to rise,” said Valerie Van De Weghe of The Tintin Shop in London.

The original first editions of “The Adventures of Tintin” published in the U.S. and in the U.K. can carry a price tag starting at £100. The first English edition of “The Secret Of The Unicorn” is worth at least £1,000.

With the release of Steven Spielberg's Tintin film, “The Secret of the Unicorn” on the big screen in 2011, anticipation was expected to surge even further.

Is Tintin A Real Person?

The numerous figurines at The Tintin Shop showing Tintin in various actions make it appear as if he’s not a fictional character.

The Vintage News reported that while Tintin’s not a real person, there were speculations that he was inspired after the 15-year-old Danish Boy Scout Palle Huld (1912-2010), who became a film actor and writer in his adult years.

Tintin first appeared in a comic strip in a Belgian children's weekly supplement, Le Petit Vingtieme, in 1929, portraying a young reporter on a reporting trip to the Soviet Union, according to This is Money.

He traveled across the globe during his 23 adventures.

One year before The Tintin Shop in London opened, the Belgian author and illustrator of Tintin, Georges Remi (pen name: Herge), died (1907-1983).

Nevertheless, his legacy continues, with over 200 million copies of “Tintin” – translated in 70 languages – sold all over the world.

As long as The Tintin Shop in central London exists as well as those in other countries, the world will never miss Tintin and his adventures.