What Is The Store Of Value Before Bitcoin? 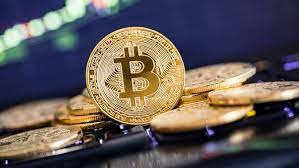 The idea of scarcity, the foundation of economics, is fundamentally misunderstood when people believe that resources are scarce and restricted. Humans can't even begin to grasp how much raw material there is on the planet, and it doesn't represent a genuine restriction on what we can create with it.

In our quest for minerals, we've barely scraped the earth's surface, and the more we explore and dig, the more resources we discover. There is no other genuine precious resource but human time, and that is where the practical and actual limit to the quantity of any resource lies (until the creation of Bitcoin). So now, let's discuss what is the store of value before Bitcoin.

The late economist Julian Simon demonstrates that human time is the sole finite resource and the only object to which the word resource genuinely applies. The only shortage we face as people is the limited time we have on this planet. A society's sole real limitation is the time available to each member of the community to generate various commodities and services. More of something is always possible if human time is invested in its creation. A product's true cost is always the potential cost of the products that were sacrificed in its creation.

No Raw Material Or Resource Will Ever Be Depleted

Our technical development has allowed us to generate resources at a cheaper cost in terms of our time than at any point in human history, and this has resulted in reduced prices for almost all resources. We haven't run out of raw resources, and the proven reserves of each resource have grown while our usage has expanded.

In a limited world, current stocks of resources would diminish as we used more. Despite our ever-increasing need for resources, prices have continued to fall, and new technology has made it easier to identify and excavate more of them. Using oil as a case study, we can say that it is a good example since it contains reasonably accurate data.

Rarer Metals Like Silver And Gold Cost A Higher Price

For resources with varied levels of abundance in the Earth's crust, similar data may be obtained. The cost of mining a certain resource is directly proportional to how scarce it is. Iron and copper, two of the most common metals, are simple to mine and hence inexpensive. There is, however, a limit on how much we can create of each of those metals, based on the opportunity cost of their production compared to one another, rather than the absolute amount. It's hard to argue with the reality that gold, the most valuable metal in the earth's crust, has been mined for millennia and continues to do so as technology improves.

If the yearly output of the earth's rarest metal increases year after year, then it's pointless to say that any natural element's supply is finite. The degree of scarcity is only relative when it comes to material resources, where the disparities in extraction costs are the deciding factor. It's just the time it takes people to make these metals that is limited, as Julian Simon proved wonderfully, and that's why the global wage is rising while goods and materials are becoming cheaper to create since human labor costs are decreasing.

Michael Kremer, an economist at the University of California, Berkeley, contends that technical solutions to issues rather than raw supplies drive human growth. As a non-excludable good (i.e., something that may be copied and used by anybody) and a non-rival good, technology is inherent to the human condition (meaning that a person benefiting from an invention does not reduce the utility that accrues to others who use it). Take the wheel, for instance. Once it was developed, anybody could replicate it and construct their own wheel, and no one else's usage of their wheel would decrease the potential of others to profit from it in the slightest. Only a tiny percentage of individuals are capable of coming up with ingenious ideas.

It's preferable to live in a world with a greater population since the benefits flow to everybody. The more people there are on the planet, the more productive ideas and technologies are developed, and the more people may profit from these ideas and copy them from one another, resulting in increased production and better living standards.

The pace of population growth has grown rather than decreased, as Kremer shows, as the earth's population has risen.