The Head HBO Max, A Mystery Thriller That Takes Place At An Antarctic Research Station 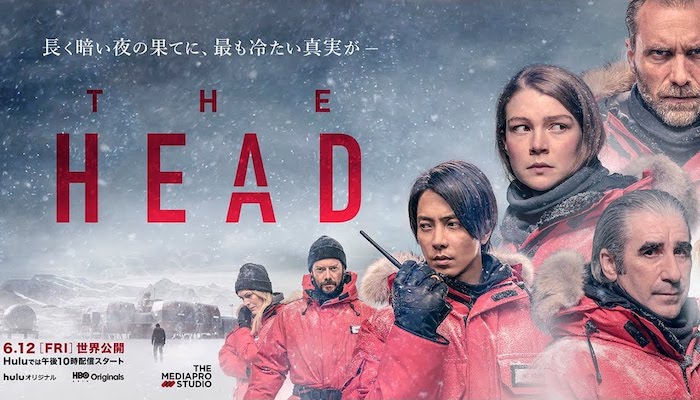 The setup for "The Head" is wonderful for anybody who likes isolated, single-setting mysteries (which, I'll confess, is a hard sell for me). Except for flashbacks, all six episodes are set in Antarctica, largely at the Polaris VI research station.

It begins with everyone in a good attitude, despite the fact that they are going to break up. The sun will soon be gone for six months, which means there will be a small team at the station for the Winterers season, who will continue the study into preventing global warming directed by Arthur Wilde, a famous biologist (John Lynch).

Months later, summer commander Johan Berg (Alexandre Willaume) comes to the station to discover an utter nightmare: blood on the floor, bullet holes in a wall despite the fact that the station was devoid of firearms, and the bodies of his friends and coworkers.

Johan's wife Annika (Laura Bach) is gone, and he must piece together what occurred on the Polaris VI with the aid of Maggie (Katharine O’Donnell), the lone survivor, although her recollection is shaky and probably inaccurate.

Then they realize they may not be alone. "The Head" acknowledges its "The Thing" ties early on by having the staff watch it at the station for the yearly custom, but this isn't that type of horror show. Oh, it's glory.

I won't tell you why it's named "The Head," but you get the idea but it's more about survival and man's cruelty to man than external forces.The creators, David & Alex Pastor and David Troncoso, expertly intercut between the present inquiry into what occurred and flashbacks that fill in the specifics while also raising more and more concerns.

Willaume is a terrific leading man, conveying the numerous layers of Johan, a guy whose main purpose is to discover what happened to his wife (and whether or not she is still alive), but who is also concerned about what occurred on Polaris VI happening again.

It's a mystery series that also doubles as a survival narrative, like someone examining a murder scene while it's still ongoing. It adds to the suspense and feeling of danger in "The Head." And O’Donnell is even better, functioning as the piece's narrator while generating enough doubts about her motivations and trustworthiness to make her mysterious. 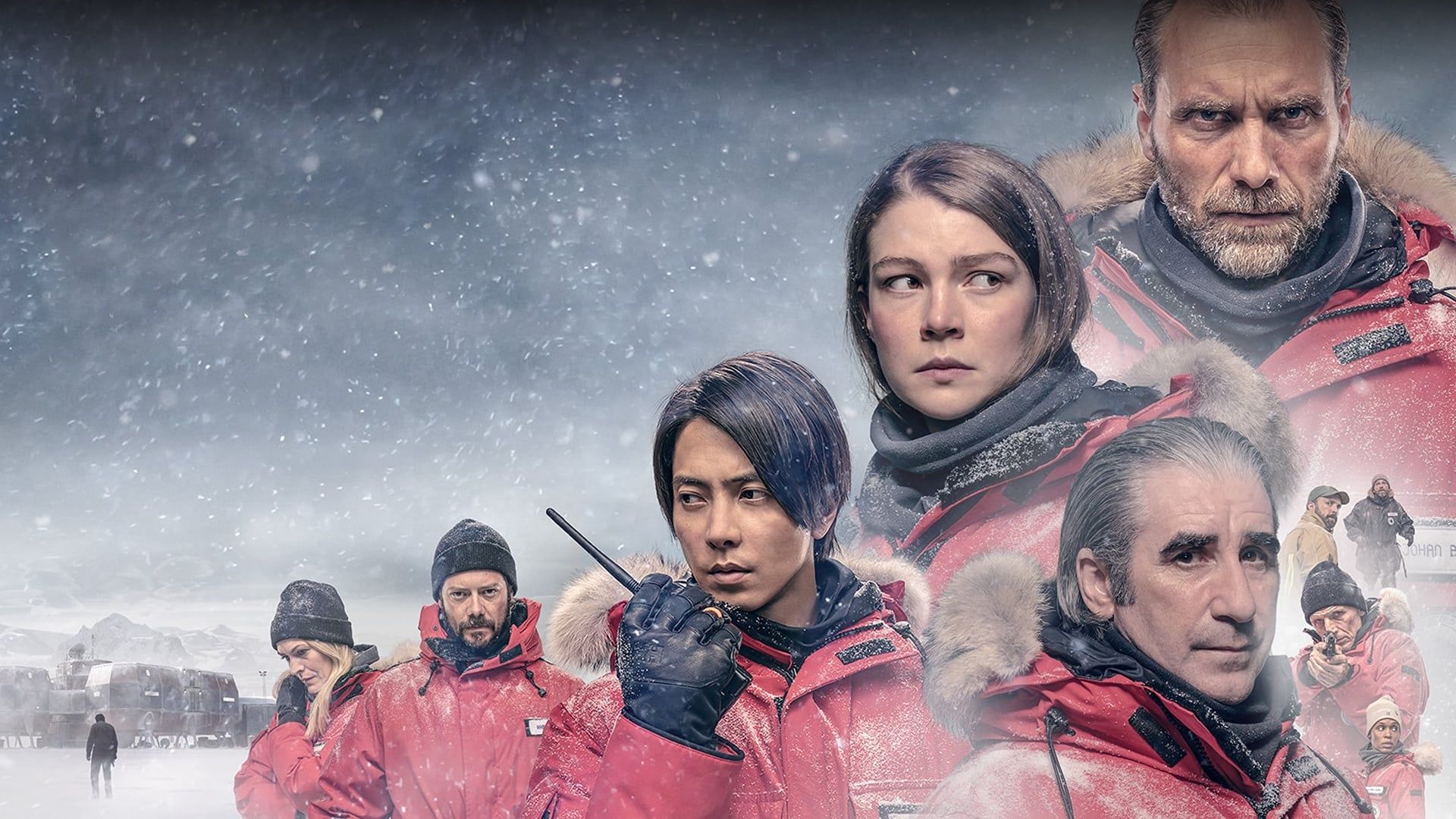 A team of scientists continues their research during winter in the South Pole. Come spring, the commander returns to find his team in grave danger.

During the first episode of The Head, you'll meet the ten individuals that make up the tiny crew (and their families) at the South Pole Research Station. The "Winterers" are a group of scientists, a doctor, a chef, and a handyman.

They're all working on something that has the potential to rescue the whole globe from the effects of climate change. For the remainder of the winter, the Winterers will be shut off from the rest of the world (and the sun).

Perfect for the one person among them who turns out to be there to murder everyone else. Of course, it isn't as straightforward as the above may seem. After all, this is a suspense series with a mystery at its center.

And if you get a feeling that you're seeing The Thing early on, it's for good cause. If you don't, The Head series will force you to do so. The Winter crew's ten members spent their first night together alone, viewing John Carpenter's The Thing (1982).

This is apparently a tradition, so the "old-timers" are having a good time while the "newcomers" are finding it a little more horrific. There's a time leap before we get to the killing, which is when the rest of the much larger group arrives with Spring and sunlight. Then we get to relive the events via flashbacks from the few individuals who are still alive.

The Head is a television drama-mystery series (2021). The core cast of The Head TV Series includes John Lynch, Katharine O'Donnelly, and Alexandre Willaume (2021).The Head, an acclaimed international mystery thriller, will premiere exclusively on HBO Max in the United States on February 4th.

The Head is a six-scene endurance spine-chill set at an Antarctic expedition outpost, directed by Jorge Dorado ("The Pier," "Mindscape").The most current HBO production depicts the spirit of perseverance against the backdrop of the Polaris VI polar outpost in Antarctica, which has been dark for a long period.We will experience the frigid environment, wind, and vast expanse of ice while observing it. The researchers are now focusing their efforts on combating environmental change. 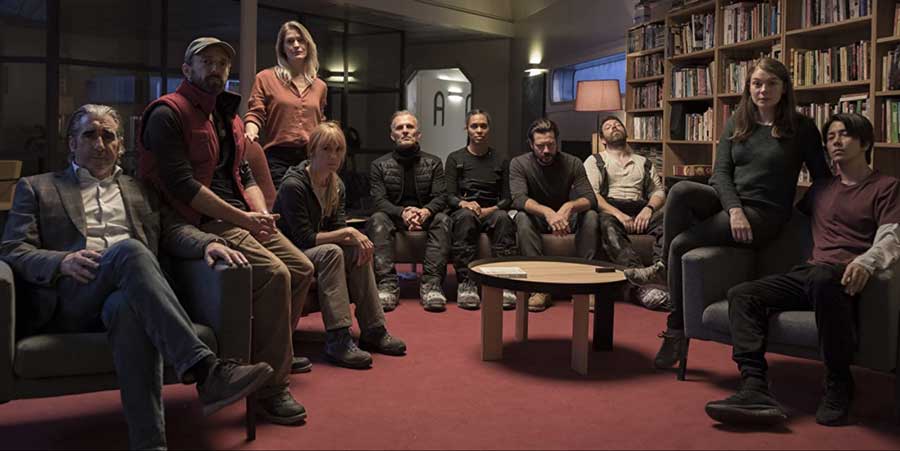 Arthur Wilde, a distinguished biologist and the cornerstone of Antarctic research, is played by John Lynch in six episodes. He and Annika found a microbe that feeds on CO2 eight years before the events of the series.

He continues his research on Polaris VI in order to combat climate change. He is a manipulative and overbearing figure. Although he does not run the research station, he does have considerable influence over the personnel as the top scientist. He was first thought to be lost, but he turned out to be a survivor. 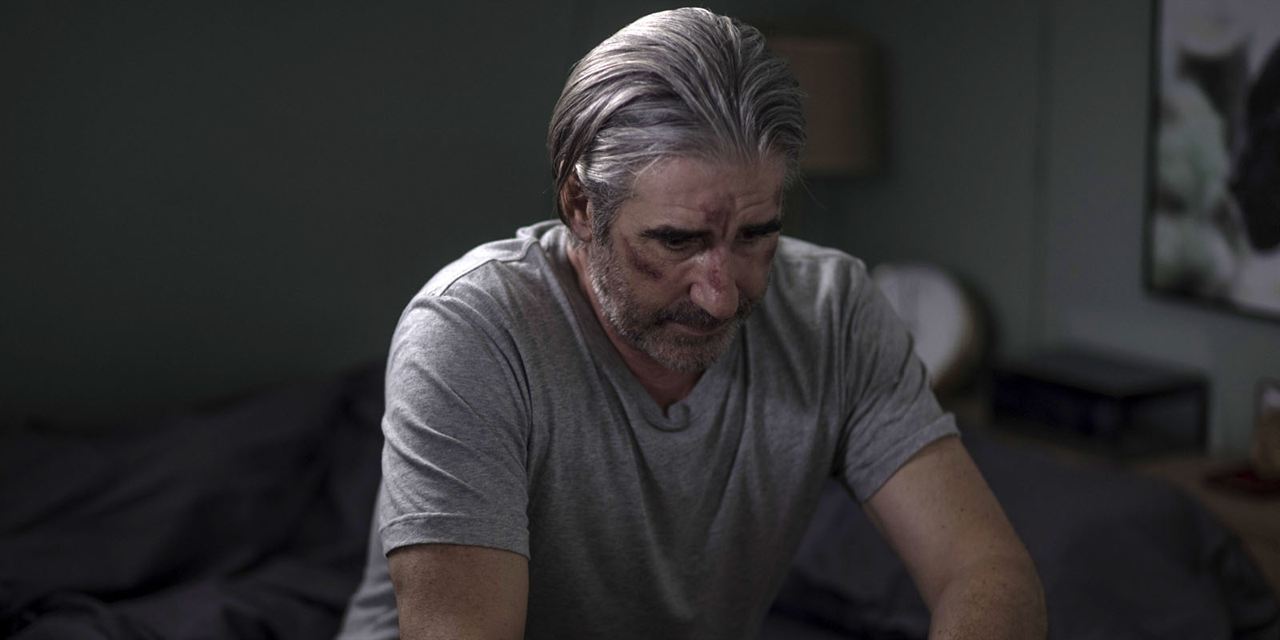 Maggie Mitchell (6 episodes), the new station doctor during the winter, is played by Katharine O'Donnelly. Along with Aki and Heather, she is one of three newcomers at Polaris VI, and she develops a friendship with Aki.

The summer team discovers her hidden and terrified as the only survivor among two missing and seven dead team members upon their return. She attempts to piece together the events of the past while physically and psychologically exhausted. Johan's hunt for his wife is led by the stories she recounts. 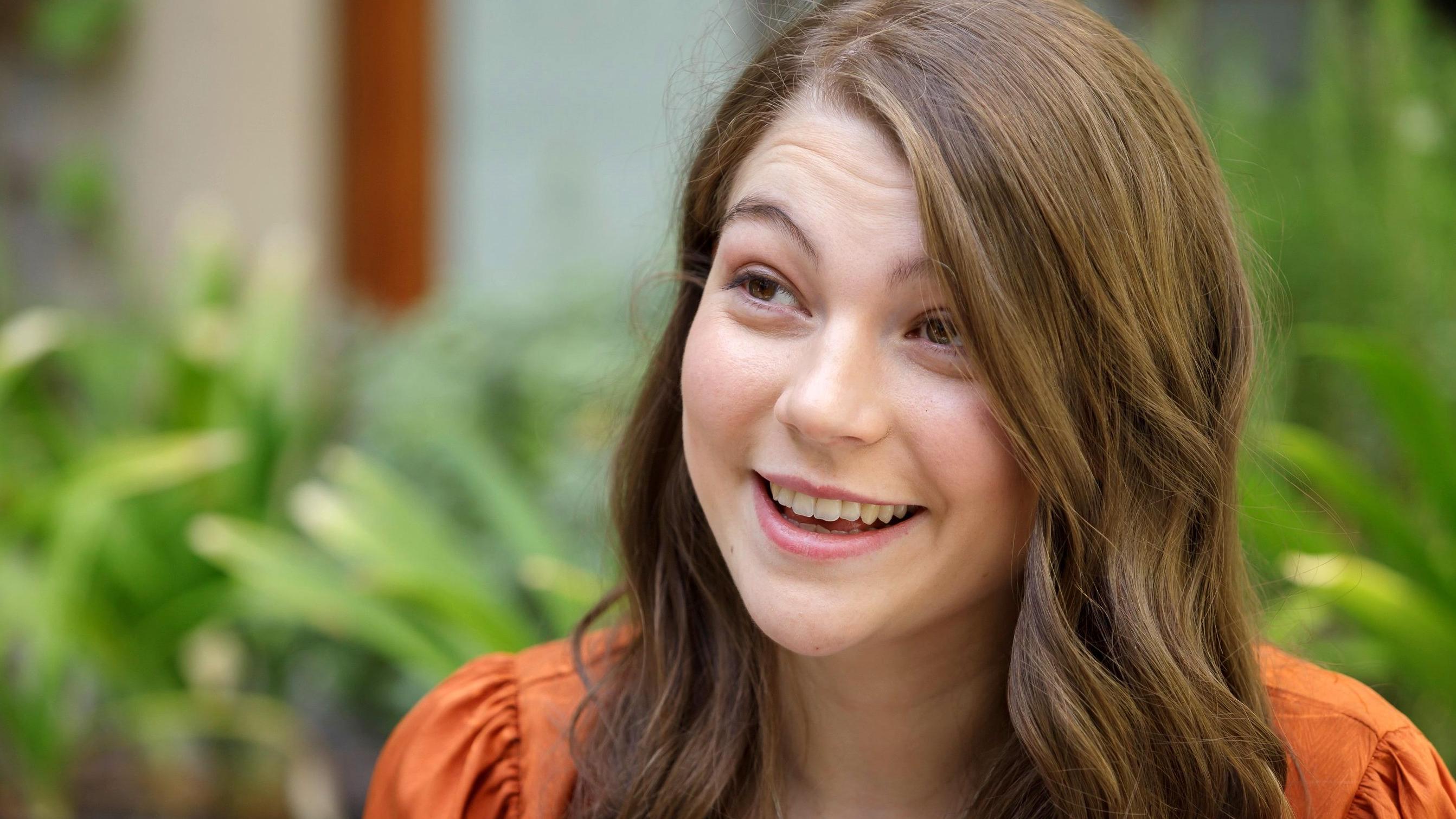 Johan Berg, the station's summer commander, is played by Alexandre Willaume in six episodes. His wife Annika stays at the station over the winter and is gone when Johan returns after a six-month absence due to a three-week communication breakdown. In order to locate his wife, he attempts to figure out what occurred. 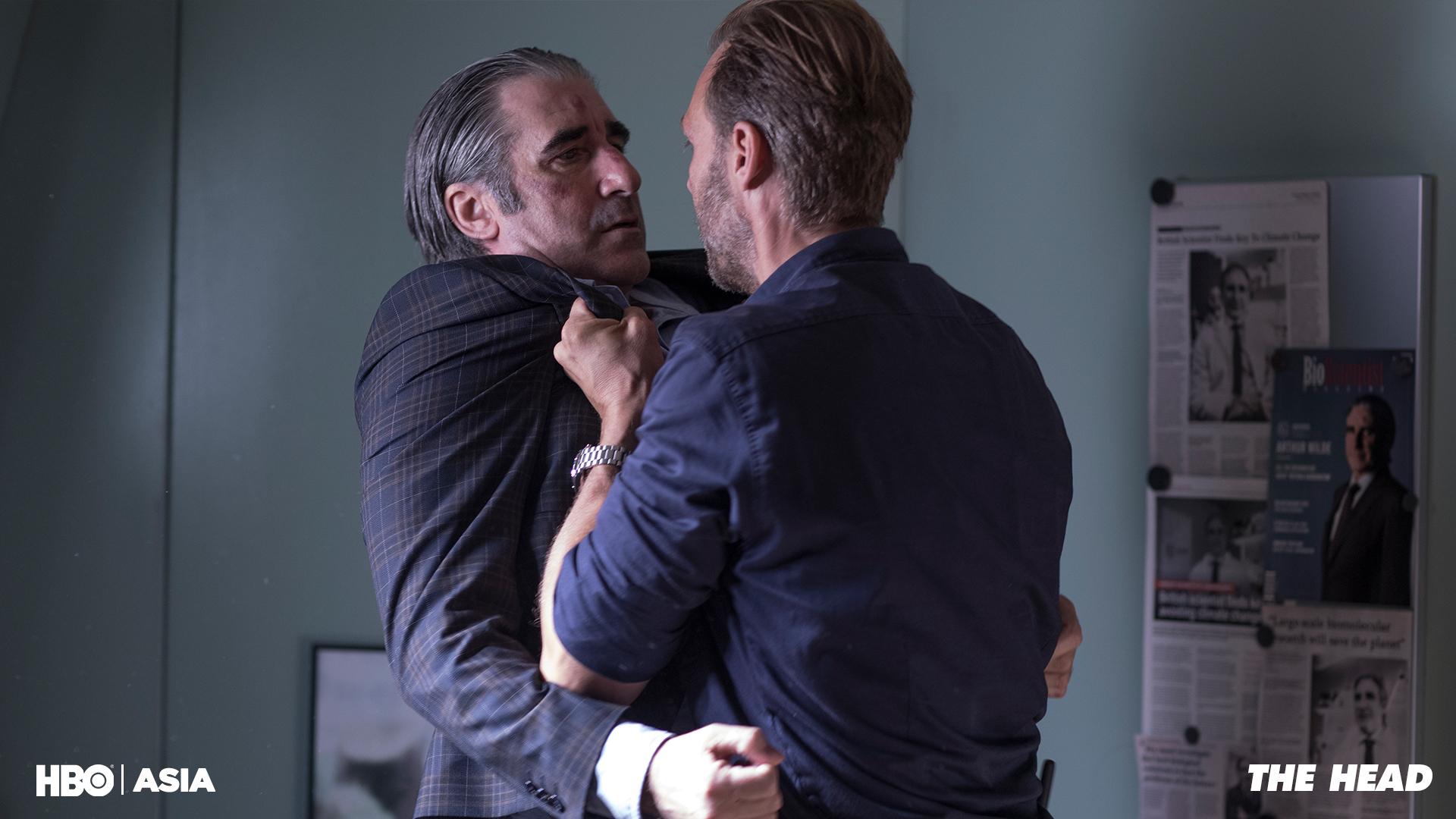 On the South Pole, winter has arrived. A small crew known as the Winterers will remain at the Polaris VI Antarctic Research Station to continue their innovative investigation, which will play an important role in the fight against climate change.

On the South Pole, winter has arrived. For the next six months, the sun will be gone.Under the supervision of renowned biologist Arthur Wilde, a small crew known as the Winterers will stay at the Polaris VI Antarctic Study Station to continue their unique research, which is critical in the battle against climate change (John Lynch).

When summer commander Johan Berg (Alexander Willaume) returns to the station in the spring, he discovers that the whole crew is either dead or disappeared.A serial murderer is on the loose, and Johan's wife, Annika (Laura Bach), is missing. If he wants to locate her alive, he'll have to put his faith in Maggie (Katharine O'Donnelly), a young doctor who seems to be the group's single survivor. 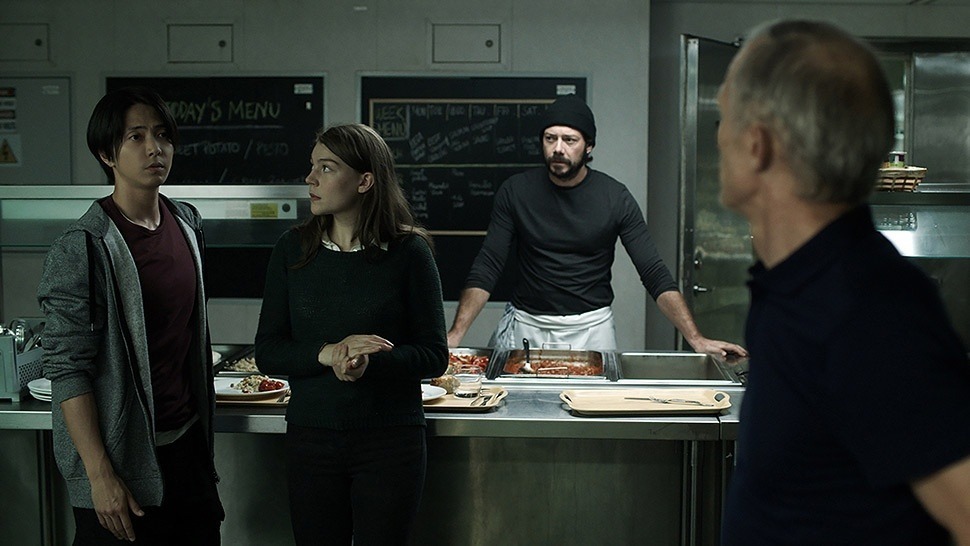 On the South Pole, winter has arrived. A small crew known as the Winterers will remain at the Polaris VI Antarctic Research Station to continue their innovative investigation, which will play an important role in the fight against climate change.

What Is The Head About On HBO

THE HEAD is a six-episode survival thriller directed by Jorge Dorado ("The Pier," "Mindscape"), set in an isolated and inaccessible Antarctic research facility where winter has come and the sun will soon vanish for the next six months.

Is The Head Worth Watching

The Head isn't a ground-breaking or paradigm-shifting television program. It's simply a terrific, enjoyable thriller with some stressful and even frightening scenes thrown in. The enjoyment, like its effects, may be found in the seclusion of it all. The first mystery, which is told mostly via flashbacks, is intriguing.

What Language Is In The Head On HBO

'The Head' is a Spanish-produced, English-language psychological thriller television series (6 episodes) directed by Jorge Dorado that will premiere on June 12, 2020, in Spain and more than 30 additional countries & areas, with a total of 52 countries & areas by the end of October 2020.

Who Is The Killer In The Head Tv Series

Johan attempts to put together what occurred by referring to her fractured recollections. But then he comes upon Arthur, who believes Maggie is the perpetrator of the crime. Maggie informs Johan in the finale that Annika informed her that Sarah was slain when Arthur attempted to force himself on her.

Have There Been Any Murders In Antarctica

Death is uncommon in Antarctica, although it does happen. Many explorers died trying to reach the South Pole in the late 19th and early 20th centuries, and hundreds of remains may still be buried under the ice. In the contemporary period, unusual accidents are the leading cause of death in Antarctica.

Is The Head Based On The Thing

The staff of "The Head" performs the yearly custom of seeing "The Thing" at the station early on, although this isn't that type of horror series. It's a mystery series that also doubles as a survival narrative, like someone examining a murder scene while it's still ongoing.