The Grosvenor Hotel – One Of London’s Finest Railway Hotels 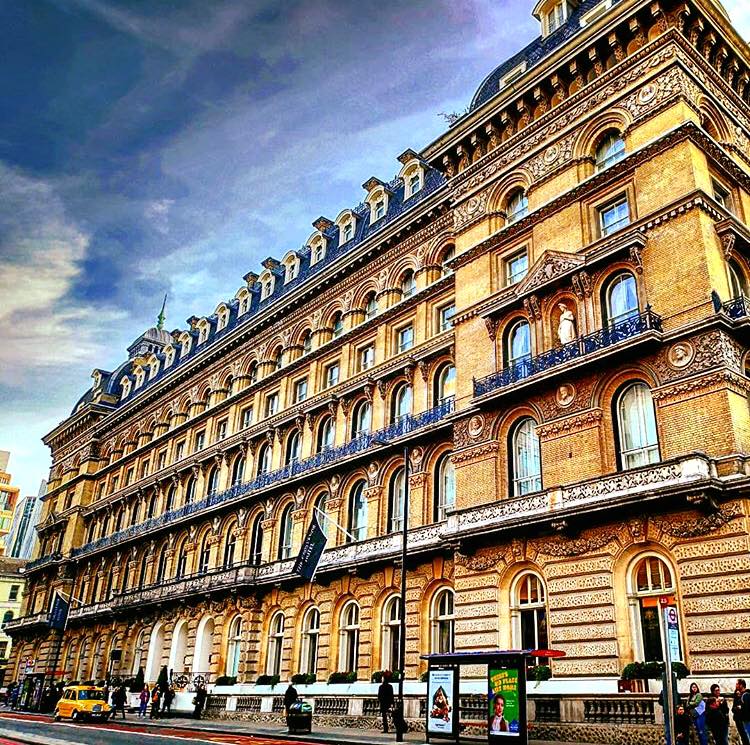 The Grosvenor Hotel, a railway hotel located near London’s Victoria Station, has been beautifully restored to its former glory.

The majority of tourists to London transit through several of the city's magnificent and historic railway stations, including Kings Cross and Paddington.

Numerous hotels are connected to several of these stations, which were constructed in the 19th century to provide lodging for passengers embarking on or terminating their train rides.

Sadly, many have suffered serious deterioration through the years. However, few buildings have been carefully restored in the past few years, reviving their old grandeur and Victorian elegance.

One of those fortunate railway hotels meticulously restored is the 345-bedroom Grosvenor Hotel in central London.

What Is The Name Of The Hotel In Victoria Station?

That hotel in London’s Victoria Station is the Grosvenor Hotel, and its complete address is: 101 Buckingham Palace Road, London, U.K., SW1W 0SJ.

In 1862, the hotel opened and introduced itself to the public as “The Grosvenor.” The hotel has a private passageway exclusively for first-class train passengers, according to The Huffington Post. This passageway is connected to the London Victoria Station.

At one time, the hotel was renamed “Victoria Station Hotel.” Then it became known as the “Grosvenor Hotel Victoria.” It then again received another name: “AMBA Hotel Grosvenor.”

After one more rebranding, the historic railway hotel currently goes by the name “The Clermont Victoria.”

So as not to confuse readers, for this particular article, as stated in its title, the hotel is referred to in its original name.

Just 1.6 km. from the Grosvenor Hotel is Buckingham Palace. The hotel is also near the following:

(b) The National Gallery

The London-based GLH (Great London Hospitality) Hotels – or glh Hotels (UK) Ltd. – own the Grosvenor Hotel. GLH, by the way, was the former Guoman Hotel Management.

The Grosvenor Hotel must not be confused with the three-star hotel Grosvenor Hotel on Belgrave Road in the seaside town of Torquay in Devon, England. The Richardson Hotel Group owns it. This hotel was the location of the British TV series/reality show “The Hotel,” which aired on Channel 4 from 2011-2015.

What Kind Of Name Is Grosvenor?

Some people might mistake the Grosvenor Hotel to be named after a person possessing the name or surname Grosvenor – but it’s not.

“Grosvenor” is of French origin.

According to Ancestry.com, the name “Grosvenor“ came from Anglo-Norman French “gros” (“chief” or “great” in English) and “veneo(u)r” (“hunter” in English).

After all its glorious renovation, the Grosvenor Hotel (current name: The Clermont Victoria), is categorized as a “Grade II listed hotel” in England.

According to German travel company HRS, based on a survey from its guests, the hotel atmosphere got a 100% rating.

The Grosvenor Hotel is 18.20 km. from London City Airport and only 1.38 km from city (London) center.