What Is SWIFT And How Its Sanctions Affects Russia? 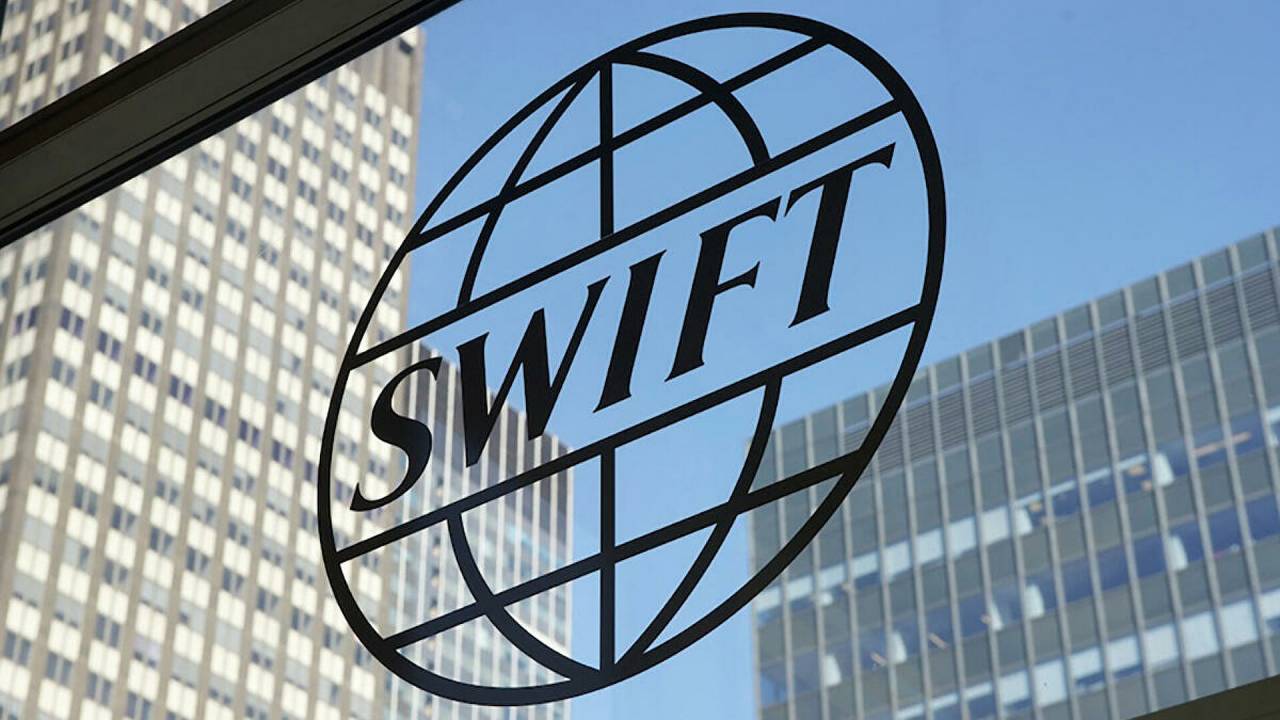 If you've ever needed to make an international money transfer, the SWIFT network is almost certain to be familiar to you. SWIFT is used by the majority of large financial institutions, and we've chosen to go through the system in depth so you'll know what to anticipate when you make your next international transaction.

If you've ever transferred money overseas or worked in a field that involves the processing of international payments, you've probably heard of SWIFT. While it remains the leading facilitator of international transactions, for the time being, competition from blockchain technology solutions and fintech firms is beginning to provide realistic alternatives.

Swaps and wire transfers are carried out through a network of financial institutions through the SWIFT system (Society for Worldwide Interbank Financial Telecommunication). It is used by hundreds of institutions throughout the world to securely and consistently send information about financial transactions.

SWIFT will be discussed in detail in this article, including what the organization is, how it is utilized in banking and international payments systems, the services it provides as well as its history, issues, and possibilities for the future.

What is SWIFT & How Does It Work?

SWIFT is an acronym for the Society for Worldwide Interbank Financial Telecommunication. It is an electronic payment messaging system used by banks and financial organizations worldwide. SWIFT is widely regarded as the gold standard for financial transaction dependability and security. It is utilized by over 11,000 institutions in 200 countries.

SWIFT does not execute electronic funds transfers; rather, it acts as the communications system for a global network of financial institutions. SWIFT recorded an average of 42.1 million messages per day in January 2021, as the world's biggest financial communications network.

What Is The History Of SWIFT?

Prior to SWIFT, financial organizations communicated globally through Telex, a World War II-era data transfer technology. Telex was the world's first technique of long-distance data transfer. While Telex was effective throughout World War II and the decades that followed, it was sluggish, rather insecure, and lacked a consistent set of codes, which resulted in many user mistakes as recipients misconstrued the sender's purpose.

In 1973, 239 banks from across the world joined forces to develop a more efficient method of transacting cross-border. In 1977, the banks created the "Society for Worldwide Interbank Financial Telecommunication" and launched the SWIFT messaging service.

With over ten million messages transmitted in its first year, SWIFT soon displaced the more laborious Telex system. The SWIFT network established itself as the world leader in financial communications throughout the subsequent decades.

Who Owns And Controls Swift?

Swift was developed by American and European banks that did not want a single institution to establish their own system and monopolize the market. Over 2,000 banks and financial organizations currently jointly own the network. It is supervised by the Belgian National Bank in collaboration with major central banks worldwide, including the US Federal Reserve and the Bank of England.

Swift assists its members in conducting safe international trade and is not meant to take sides in disputes. Iran, on the other hand, was barred from Swift in 2012 as part of sanctions related to its nuclear program. It lost nearly half of its earnings from oil exports and 30% of its international commerce. Swift asserts that it has no say over penalties and that the decision to apply them is made by countries.

What Is SWIFT Banking System?

The SWIFT protocol is used to move funds between banks. The transfer occurs immediately upon receipt of the SWIFT message between two banks that have a connection (commercial accounts). Money is moved from one account to another via a business account. Banks impose a fee.

How Does The SWIFT Banking System Works?

SWIFT was originally created to assist banks in communicating more quickly, securely, and effectively. Particularly when it comes to international money transfers. SWIFT works as a middleman between banks, which is why the term "communicate" is constantly used. This message conveys instructions to the recipient bank on how to handle the payment.

All banks engaged in SWIFT transfers will transfer funds from one account to another using an underlying network of Nostro and Vostro accounts. It refers to bank accounts that are used exclusively for SWIFT transactions.

When both banks interact with the Nostro and Vostro accounts, both banks may perform SWIFT transactions directly and instantly. SWIFT must establish how to transmit communications in the absence of this link between banks. A SWIFT transaction can commence as soon as the two institutions identify a correspondent bank with whom they have a business connection. Payments will be more expensive to send when there are more intermediate banks involved. Along with taking longer to send, there are more people involved, which increases the danger.

What Are The Challenges For SWIFT?

SWIFT's primary difficulty is its high transaction volume and accompanying expenses. Banks cannot afford to enter instructions manually for each transaction. SWIFT now offers software to automate these operations, albeit at a premium price. SWIFT will address a significant hurdle for its clients if it can discover a more cost-effective approach to offer automation at scale.

The other major threat to SWIFT is posed by blockchain and cryptocurrency, which were established in 2008 and have increased in popularity since their inception. Similar to how SWIFT supplanted Telex in the 1970s, blockchain today offers a viable alternative to SWIFT for cross-border transactions in the 2020s.

How Will SWIFT Be Affected In The Russia-Ukraine War?

A suspension of SWIFT from Russia would have a huge economic impact. Former Russian Finance Minister Alexei Kudrin projected that without SWIFT, the country's GDP would decrease by 5%. As the US pondered kicking Russia off the platform in 2014 for its annexation of Crimea, then-President Medvedev equated it to a declaration of war.

Russia will also bear the brunt of the action if oil and gas exports account for 40% of its earnings. Although Russia and China have developed other payment systems that Russia might use, the Atlantic Council argues that these are substantially smaller than SWIFT and would not compensate adequately for the loss of SWIFT.

According to one senior executive, SWIFT's decision to exclude Russia was akin to "opening Pandora's box," as the action jeopardizes the EU's capacity to pay for imports of Russian gas and oil.

What Will Happen If Russia Gets Disconnected From SWIFT?

Russia's Ban from SWIFT: What it Means

Russian banks will be unable to process payments for commercial and financial transactions, thus shutting down the country's ability to export commodities such as oil, coal, and natural gas. Additionally, it would hinder Russia from importing critical technology for its own industry, such as semiconductors and equipment.

How Does Disconnecting Russia Impact Other Countries?

There will be repercussions since the measure will impair Russia's oil and gas exports to other nations. The EU, for example, buys 40% of its natural gas from Russia. Additionally, European banks are among Russia's largest creditors, accounting for a sizable portion of the $121 billion owed to foreign banks by Russia, according to the Bank for International Settlements. Russia's exclusion from SWIFT raises the question of how Moscow will repay its international debt.

Why Has The West Been Divided Over SWIFT?

Some countries, including Germany, France, and Italy, had been hesitant to take action against Russia's employment of the Swift missile system. Russia is the primary supplier of oil and natural gas to the European Union, and finding alternate sources of supply will be difficult. With energy costs already on the rise, greater disruption is something that many governments would want to avoid at all expenses.

Companies that owe money to Russia would have to find alternate means of collecting their debts. Some individuals believe that the risk of worldwide banking turmoil is just too great. Alexei Kudrin, Russia's former finance minister, predicted that the country's GDP would collapse by 5 percent if the country were to be cut off from Swift.

However, there are concerns regarding the economic impact on Russia's long-term future. Russian banks may choose to route money through nations that have not imposed sanctions on them, such as China, which has its own payment network.

How Effective Banning Russia Would Be?

It's a bit confusing. Since the takeover of Crimea in 2014, Russia has been subjected to economic sanctions, but that hasn't prevented Russian President Vladimir Putin from continuing the invasion of Ukraine.

In addition, North Korea has demonstrated the limitations of economic restrictions. Despite the fact that the country is entirely shut off from the rest of the world's economic system, the Kim Jong Un dictatorship has managed to exist and continue to test and develop new weapons. As an alternative, Russia may turn to China for commerce, so completely bypassing the dollar-based transaction network.

SWIFT has maintained its position as the world's leading provider of transactional message processing. Recent expansion into new sectors, such as providing reporting utilities and data for business intelligence, demonstrates the company's ability to be creative and inventive. SWIFT appears to be positioned to maintain its position as the market's dominant player in the short- to mid-term.

Several world leaders, including those from the European Commission, France, Germany, Italy, the United Kingdom, Canada, and the United States, issued a united statement saying they will take economic measures to "bring Russia to account" and "guarantee that this conflict is a strategic failure for Putin."

According to Ursula von der Leyen, President of the European Commission, shutting Russian banks out of the system will prevent them from conducting the vast majority of their financial operations throughout the world and will essentially prevent Russian exports and imports from entering the market. On Friday, French Finance Minister Bruno Le Maire referred to Russia's ban from the SWIFT messaging system as "the financial nuclear bomb."