Star Wars Lightsaber Hidden Details You Might Not Know 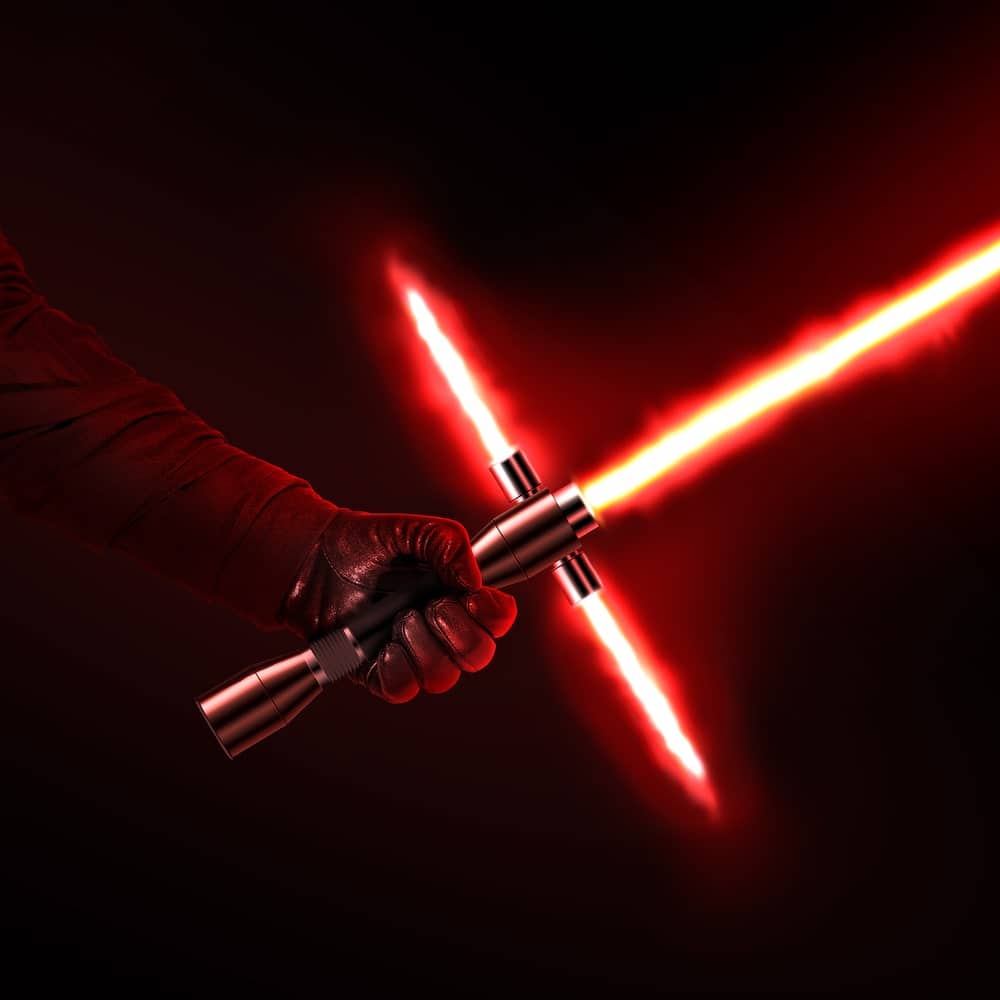 Anyone born in the 1970s or later will undoubtedly recall the buzz of a lightsaber when asked what the most memorable sounds of their youth were. So, here are some Star Wars Lightsaber hidden details you might have missed while watching.

Such a creative weapon had hardly ever been depicted on film before Star Wars, and never had one looked so authentic.

Although modern viewers may take it for granted, the franchise's iconic weapon had a significant role in its popularity.

It serves, at the very least, as a concrete illustration of the filmmakers' unrestrained creativity.

Despite the fact that lightsabers themselves are "elegant weapons from a more civilized age," they contributed to the dawn of a new era in cinema.

The movies provide all the required knowledge about the Jedi's preferred weapon, yet that information only accounts for a small portion of what is known about them.

There are numerous stories and anecdotes about the deadly energy beams, both in the canon and in real life.

It would probably take a person the better part of their life to learn every little aspect of the weapon by heart.

Some important details and things about lightsaber that only the most devoted fans would know are provided in the list below.

Those who are familiar with the arcane details before reading can relax in the knowledge that they are a true expert on Star Wars knowledge.

Those who are less familiar with the franchise's inner workings will undoubtedly learn a few new and fascinating Star Wars lightsaber hidden details from it.

The Origin Of Lightsabers

The characters in the series that the filmmaker grew up watching served as Mr. Lucas' inspiration for the entire narrative as well as these swords.

After 50 years, he masterfully combined everything to produce genuine anarchy that is still going strong.

He came up with the concept of integrating swords into the Star Wars plot since so many of the movies he watched as a kid featured them.

The sword itself underwent numerous transformations during the series, yet everyone watching is left dumbfounded by its aura and energy. 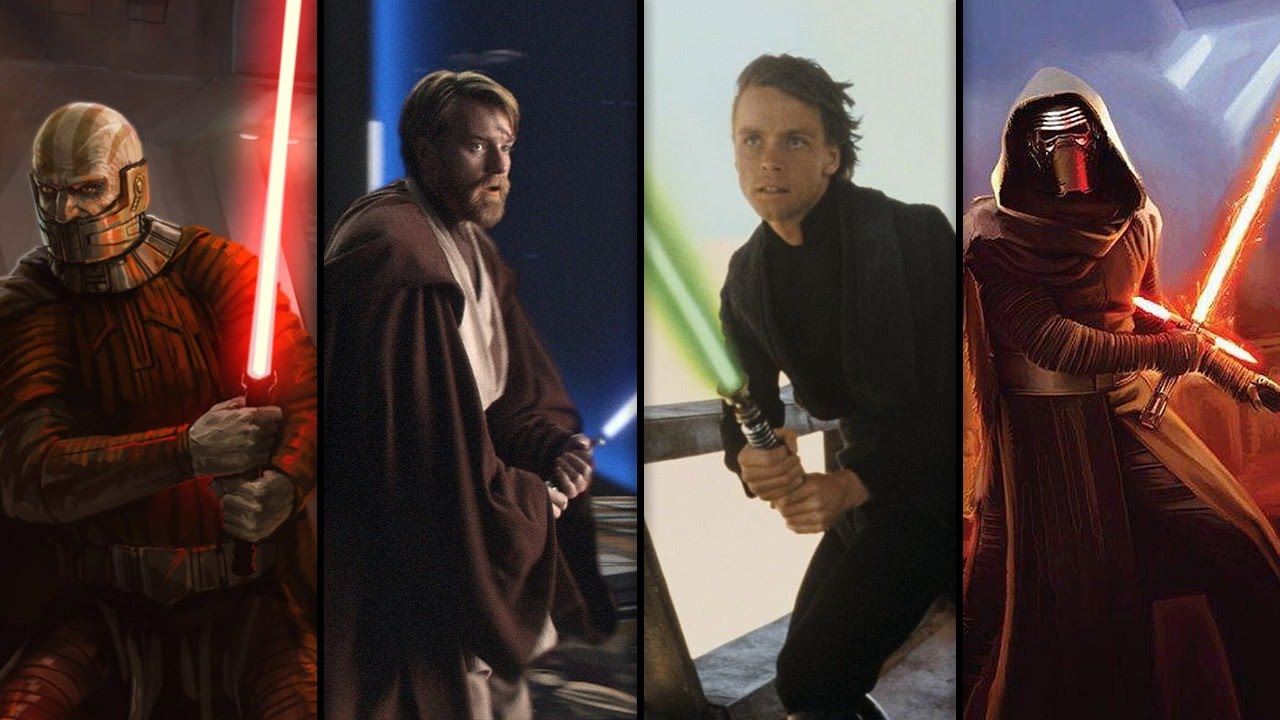 Lightsabers have existed for centuries. They date back to 25,000 years before the Galatic Republic was founded.

One of the proto-sabers, or laser swords, the earliest types of this weapon, was finally found on the planet Mustafar.

The majority of the proto-sabers lacked the plasma blade seen on traditional lightsabers, setting them apart from their contemporary counterparts in a number of respects.

Though the relative potency of lightsabers and proto-sabers is currently unknown, given how quickly technology advances and changes, it seems safe to assume that lightsabers are more potent.

There are likely abandoned and unfinished proto-sabers in distant regions of the galaxy, despite the fact that it is simple to lose and recover technology, even after a thousand years.

There Are Materials That Are Lightsaber-Resistant

The capacity of a lightsaber to pierce through any substance is its main thing. The vastness of this distant galaxy from a long time ago, however, has a few fibers that the sci-fi blade cannot cut through.

Most notably, the Zillo beast's hide is immune to the majority of strikes, including those from lightsabers.

The species, fortunately for Jedi, is extremely rare and was believed to be extinct until it appeared in a Clone Wars episode.

Although the list of these materials is brief and most of the things are rare, having this knowledge is crucial for anyone who wants to battle a Jedi.

Kyber crystals were originally praised as a development of the traditional elements, indicating their cultural significance to the prehistoric tribes in Star Wars.

They are useful to both the Jedi and the Sith because they "concentrate energy and increase its intensity."

The Kyber memory crystal is a specific subtype of the kyber crystal, which is the sort that typically powers lightsabers.

The names "of every known Force-Sensitive kid in the galaxy, the future younglings, and the future of the Jedi Order" are recorded in one specific crystal.

Fortunately, without a Holocron gadget, the memory crystal cannot be accessed.

A character from Star Wars looking at the kyber crystal

Even while fighting is the main use of lightsabers, they are often used for other purposes.

Lightsabers play a significant role in Jedi rites and are frequently employed for outdoor survival.

During the ritualized haircut performed as part of the Padawan knighting ceremony, the Jedi Master uses a lightsaber to cut off the Padawan's braid.

The Jedi employ these weapons as heat sources and light sources on the battlefield since they produce large amounts of radiant and thermal energy.

The Jedi warriors' lightsabers are broken, and the crystals from each one are merged into the Kyber Arch of the Jedi Temple.

This significant building serves as a bridge to the past of the Jedi, occasionally inviting Jedi warriors to cross it as a meditation on sacrifice and camaraderie.

Colors always have some symbolic meaning attached to them, depending on the nation, culture, and customs. So, here it is.

The only hues of this potent weapon at first were green and blue. But as the series went on, new colors and new meanings started to be introduced.

In the end, the colors revealed more about the different Jedi grades. The soldiers, known as Guardians, carried blue light beams on their weapons.

Guardsmen might be identified by their yellow sabers and other specializations outside of the force.

Green was frequently utilized by advisors with expertise in politics and diplomacy.

The most common colors of lightsabers used by the Jedi Order and the Sith are blue and green.

Green symbolizes growth and peace, whereas blue has traditionally been linked to good things like truth and calm.

Other lightsaber hues, however, have important symbolic meanings.

There Is No Blood On This Weapon

Believe it or not, there is no blood in Star Wars, despite the fact that the word itself suggests a fight, conflict, and the like.

You should be grateful to the producers who very cleverly made the movie, which will go by a harsher name and whose story will appeal to all age groups and bring the family together.

No matter how strong and terrible these weapons are, blood is not left behind by lightsabers.

The great heat and energy of this blade heal wounds instantly after stabbing or cutting them because the activity takes place in space.

Despite being dangerous, it shields against fatal wounds. 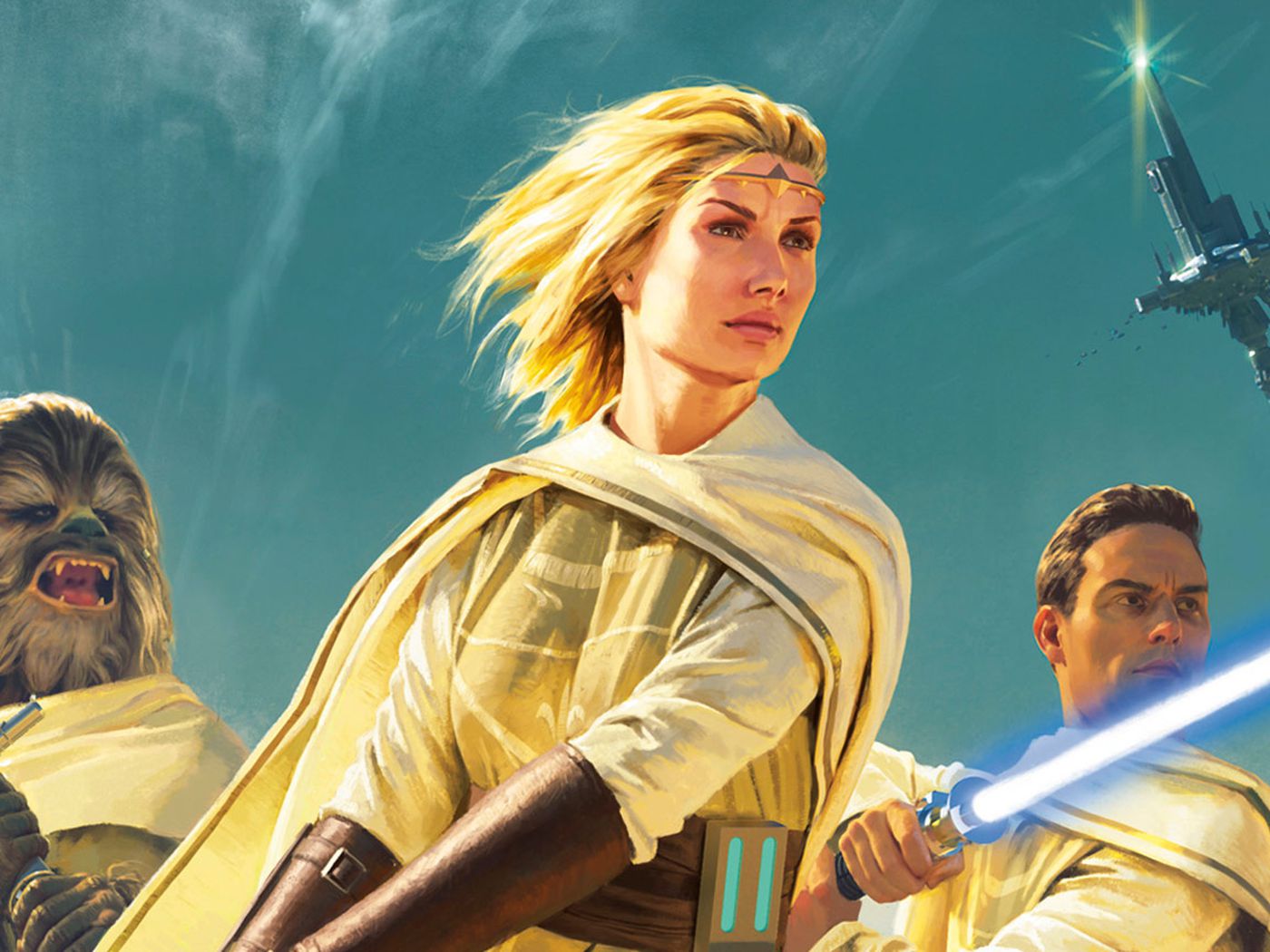 One cartoon character holding a blue lightsaber sword, a lady character ready for a fight and behind her is Chewbacca

What's So Special About Lightsabers?

Most materials can be sliced with a lightsaber. When needed, the glowing plasma blade served as a handy illumination source. Due to the heat they produce, lightsabers can also be used to evaporate some liquids.

What Is The Coolest Lightsaber In Star Wars?

How Many Types Of Lightsabers Are There?

Possibly the most recognizable aspect of the Star Wars universe is the lightsaber.

Although a lot of people think that only the Jedi can use lightsabers, nothing could be further from the truth.

These weapons are very valuable additions to a warrior's arsenal because they can only be used by force-sensitive people, whether Jedi or not.

Lightsabers can deflect blaster shots with remarkable accuracy, block attacks, and cut through almost any material.

Even more astonishingly, a select few force-users have demonstrated that they can absorb force lightning with their weapons.

There are several events and Star Wars lightsaber hidden details (that are discussed above) in the past that are best remembered by their die-hard Star Wars fans.