Intriguing Name You Got There – London’s St. Sepulchre-without-Newgate 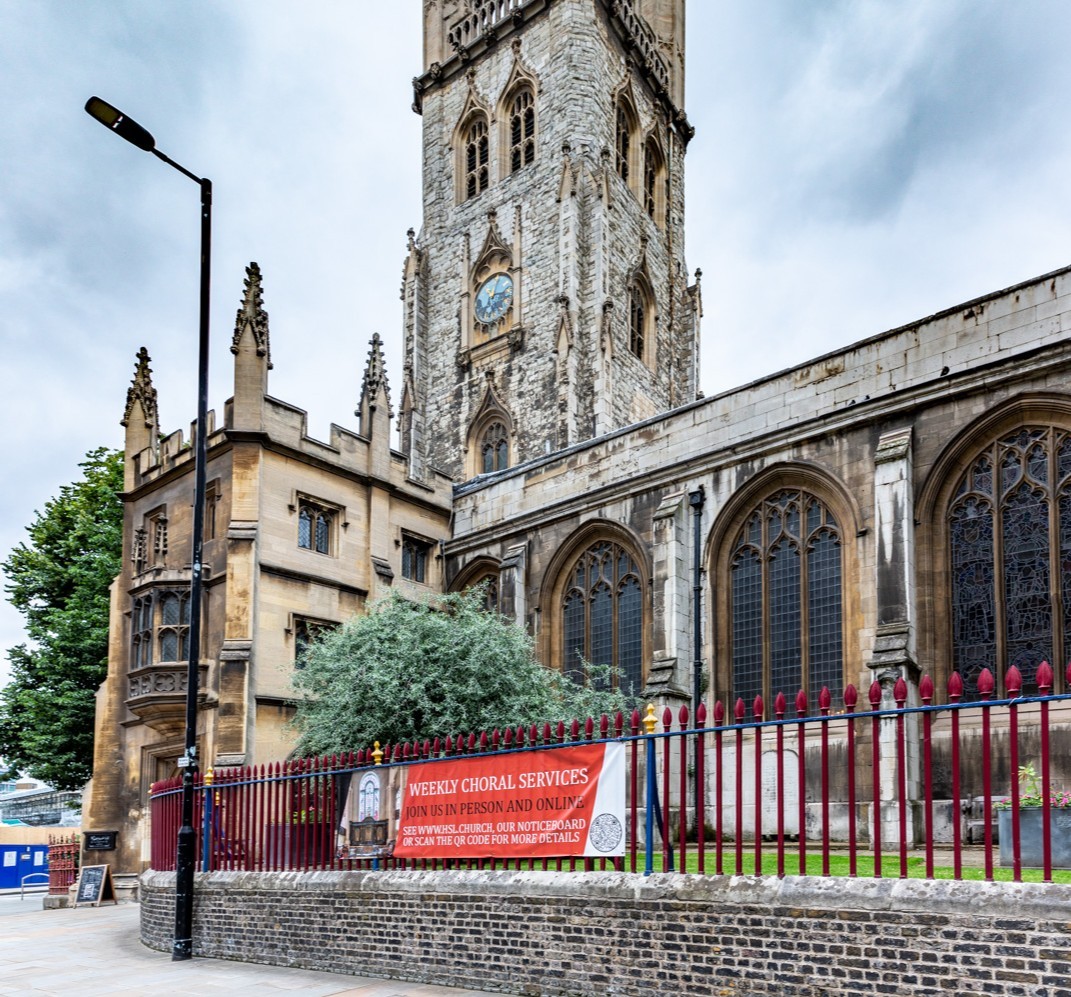 English poet John Donne (1572-1631) was once quoted regarding church bells, which could be applied to the bells of St. Sepulchre-without-Newgate (and later inspired the title of a classic English novel).

The use of a bell at a funeral is commonplace, but this quote is particularly appropriate for St. Sepulchre-without-Newgate for different reasons. One is its historical connection to Newgate Prison. Another is its inclusion in the traditional English nursery rhyme "Oranges and Lemons." Third, and most importantly, for its traditional function as a church.

Learn more about the St. Sepulchre-without-Newgate, an Anglican Church also referred to as the Holy Sepulchre Church.

Where Is St. Sepulchre?

St. Sepulchre-without-Newgate in London is a parish church and the largest one of its kind in the city.

It has a long and illustrious history extending all the way back to 1137. This history contains a reference to John Smith (Pocahontas is credited for saving him from execution).

Today St. Sepulchre's is best recognized as the National Musician's Church, as it has a thriving musical legacy that dates back hundreds of years.

The present St. Sepulchre-without-Newgate was constructed in a place where a Saxon church once stood.

Formerly known as “St. Edmund,” its name became “St. Edmund and Holy Sepulchre” in the 12th Century. It was changed when the church came under control of Augustinian Canons – also known as Knights of the Holy Sepulchre – during the reign of Pope Urban II.

The church was mentioned in historical records from 1137. In 1450, it underwent major renovation. In 1666, during the Great Fire of London, St. Sepulchre-without-Newgate was greatly damaged. So, in the 1670s, it again underwent another restoration.

In the 1700s and 1800s, the renovations continued, and in the mid-1800s, a lot of renovations were made on the interior of the church.

What Is The Meaning Of Holy Sepulchre?

After Jesus Christ was crucified – known as the Crucifixion – He was placed inside a tomb during His burial. This tomb has since been referred to as the Holy Sepulchre.

It was fortunate that St. Sepulchre-without-Newgate was one of those structures that wasn’t destroyed during the series of German bombings in the U.K. during World War II known as The Blitz.

At present, regular lunchtime recitals and evening concerts are held at the church on a regular basis.

London’s St. Sepulchre-without-Newgate is a destination both from a spiritual viewpoint and from a tourism aspect.