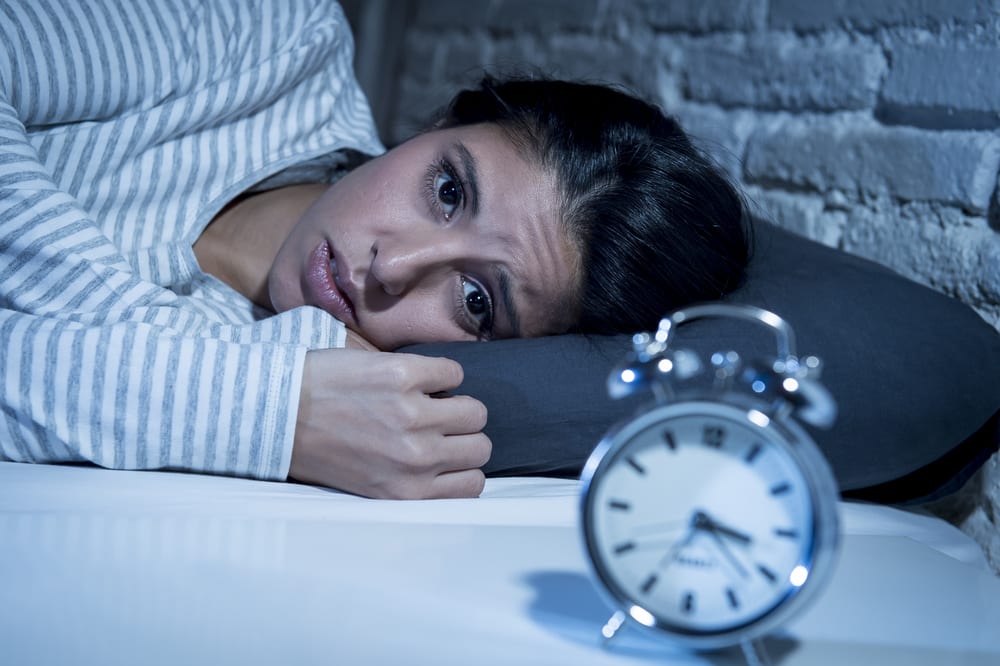 People with sleep disorders, particularly those who experience nightmares, may experience severe distress and need specialized care. This is especially true if post-traumatic stress disorder (PTSD) has been identified as the person's condition.

As one of the most prevalent symptoms of trauma, nightmares also affect 8% of the general population. Given how powerfully predictive and prognostic it is, this has the potential to be a key component in the treatment of post-traumatic disorders.

The most effective method to date for treating traumatic sleep disturbances is imagery rehearsal therapy (IRT), an empirically supported strategy.

This article examines the literature to describe the prevalence and effects of nightmares in PTSD, how IRT may treat them, and its clinical applications.

What Is Post-Traumatic Disorder?

Post-traumatic stress disorder is a psychiatric disorder that can occur after a traumatic event. PTSD can be caused by natural disasters, accidents, violence, or sexual assault.

PTSD can cause flashbacks, nightmares, anxiety, sadness, and anger. You may also avoid situations that trigger unpleasant memories. You may find it harder to maintain relationships or work/school routines.

Be aware that PTSD is a treatable mental health condition, not a sign of weakness. You or a loved one can feel better with professional help.

Sleep Disorders And Nightmares In PTSD

There are many post-traumatic sleep disorders. "O memory, mortal enemy of my rest!" wrote Cervantes, encapsulating the struggle of those haunted by intrusive images during wake and sleep after a traumatic event.

Kat et al. interviewed 143 Hanshin earthquake survivors to learn about their experiences. Sleep disturbances affected 63% of the sample 3 weeks and 46% 8 weeks after the event. Similarly, Goldstein et al. and Kuch et al. found these symptoms in trauma victims. Sleep issues were found in 97% of combat soldiers and 95% of Holocaust survivors. Dreams were the biggest issue for both groups (94% and 83%).

These techniques could be used to treat nightmares related to PTSD because they allow the clinician to (a) directly access the nightmare's content and emotions, (b) identify and modify negative cognitions, and (c) reduce post-traumatic symptoms. Both Krakow et al. and Davis and Wright found ways to improve rescripting.

Ian Marks developed Imagery Rehearsal Therapy (IRT) in 1967, and Barry James Krakow and others perfected it. According to Bootzin, Nicassio, and Howoritz, nightmares are a "learned" sleep disorder caused by mental image distortions.

Nightmares are no longer a post-traumatic symptom treated only by trauma-focused therapy. Initially related to the trauma, they become chronic and have a "life of their own," aggravating PTSD symptoms.

The clinical case determines how long, how often, and how many IRT sessions are necessary. The sections of the intervention are as follows:

The therapist explains dreams and trauma in great detail to the patient and, if necessary, family members. Additionally, the patient receives instruction on good sleeping habits and dysfunctional habits that lead to insomnia.

The patient "learns" to deal with nightmares during this phase by creating calming mental images. Krakow suggests using color, shapes, and movement as "basic tools" for constructing positive mental images (visual sense). Daydreaming can encourage the emergence of positive images.

After learning to manage mental images and dissociative responses, the target nightmare is chosen. This is typically the most upsetting or frequent (these two frequently go hand in hand). In other situations, the patient begins with a less frightening nightmare to prevent them from feeling overpowered.

Re-Evocation Of The Selected Nightmare

The patient is advised to make notes on every detail and instructed to write down their selected nightmare.

The patient is now capable of altering his nightmare using phase two skills. In this stage, the heart of IRT, patients can change their nightmare's theme, plot, ending, or any other part they believe will help them rescript. Harb et al. found 58% of people created alternative endings.

The patient mentally rehearses the rescripted nightmare for 10–20 minutes a day (preferably before bed) until the nightmares subside. They need only repeat the new script - not the original nightmare - for this to occur.

In adults with PTSD, IRT seems to lessen nightmares. Veterans-specific IRET models have been developed by Long et al. In the adult clinical population of PTSD-affected war veterans, IRT seems to be especially effective at reducing nightmares.

Long et al. applied a modified version of the original model, IRET, to cater to the needs of veterans. 37 US veterans with PTSD and long-term post-traumatic nightmares participated in the rescripting treatment trial conducted by the authors. 15.2% of the 33 patients who completed the therapy reported no longer having disturbing nightmares. 30.3% of people said they slept for six hours or more every night. Also, 90.9% of patients reported moderate sleep improvements.

42 sexually abused adults with PTSD were randomly assigned IRT+CBT or CBT alone. Before CBT, experimental group women had IRT for 5 weeks in their worst nightmare. All participants received 15 CBT sessions. Even though both groups showed a significant–and similar–decrease in PTSD symptoms, IRT showed a greater improvement in sleep quality and a greater decrease in nightmares.

Clinical Applications With Children And Adolescents

Encel and Dohnt note in "Innovations and Advances in Cognitive Behavior Therapy" that nightmares and sleep disturbances are common PTSD symptoms, but are rarely directly targeted by cognitive-behavioral therapies.

Post-traumatic nightmares in children are often persistent and distressing, damaging their daily functioning and clinical picture. Encel and Dohnt suggest some changes to the IRT procedure that could make it more suitable for developmental age and highlight the need for controlled studies to verify its efficacy in treating childhood sleep disorders.

Although thirteen years have passed, there are still very few such studies to our knowledge. Nevertheless, all of the studies so far suggest encouraging outcomes. St-Onge et al. conducted a randomized controlled trial to see if IRT would help children with chronic nightmares.

Eleven boys and nine girls, ages 9 to 11, were assigned to IRT or a waiting list control group. After an initial psychoeducational session about sleep and nightmares, all study subjects participated in a second session 4 weeks later in which they were shown how to autonomously apply the IRT for the next 8 weeks.

The experimental group experienced significantly fewer nightmares as a result of using IRT. This improvement was maintained at the 9-month follow-up, confirming IRT's usefulness with children.

What Causes Nightmares In PTSD?

The brain may become hypersensitive as a result of PTSD, which may lead to an increase in fixation on traumatic events and keep them fresh in memory. You might be more likely to experience nightmares about them when they're on your mind all the time. Dreaming may be impacted by the same changes in the brain.

How Do You Treat Nightmares In Therapy?

Psychodynamic psychotherapy is one option for treatment, in which clients meet frequently with a therapist to talk about their nightmares and take into account any underlying emotional issues that might be contributing to them.

Can Therapy Help With Nightmares?

A cognitive-behavioral therapy called imagery rehearsal therapy (IRT) is used to lessen the frequency and severity of nightmares, including those that posttraumatic stress disorder (PTSD) sufferers experience.

Rescripting imagery is one of the most successful treatments for sleep disorders in PTSD patients. Clinicians can quickly identify and modify trauma-related negative beliefs using these techniques.

Rescripting-based therapy may change a nightmare's affective properties by altering its meaning and influencing the patient's ability to control distressing nightmare images. Dreams are characterized by a lack of self-efficacy, powerlessness, and uncontrollability in sleep disorders and nightmares. IR helps patients express needs and inhibitions.