Semen Retention - Overview Of Its Potential Effects On Health 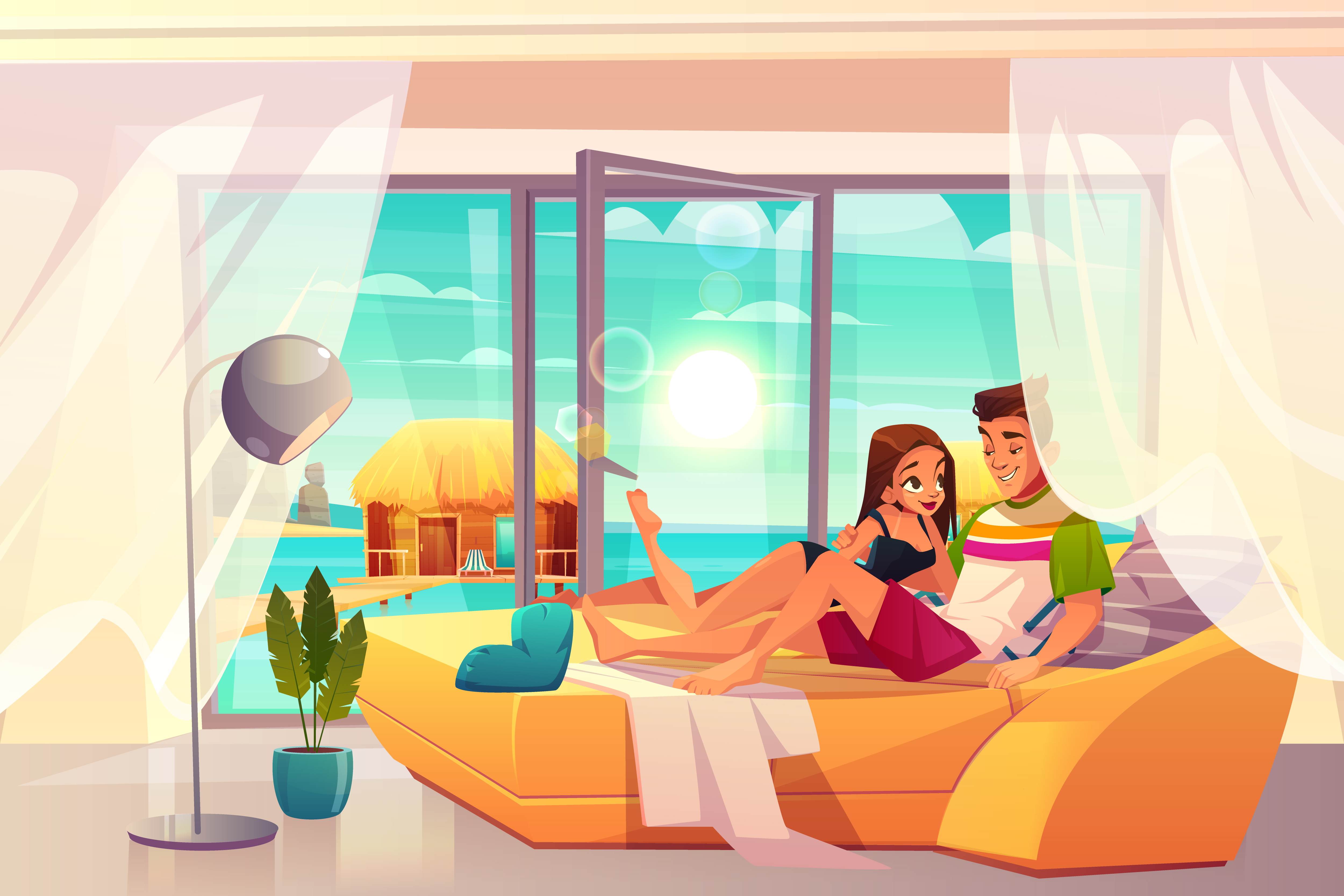 Semen retention is just as it sounds.

It is the act of not ejaculating.

Taoists and tantric sex practitioners have been doing it for ages.

You can avoid ejaculating by not having sexual encounters or learning to reach climax without ejaculating.

People do it for a variety of reasons. For some, it is about spiritual or emotional development.

Others feel it will boost their fertility.

Some individuals feel it boosts physical strength and builds muscles.

There are no known ill effects of sperm retention, so go ahead and do it if that's your thing.

What Is Semen Retention?

This can be done by not getting sexually active, stopping before ejaculation, or learning how to climax without ejaculating.

However, it is not the same as abstinence.

Many guys who practice semen retention may still experience orgasms; they do not ejaculate.

Some suggest that retaining sperm leads to benefits such as improved memory, a larger penis, and super strength.

The energy usually used during sexual activity, mainly when sperm is lost, can be used in other ways.

Although this behavior seems new, it is most likely a result of the internet's current prominence.

Keeping sperm is an old method that is said to make men stronger physically and spiritually.

The current semen retention movement has its origins in ancient Taoist self-control methods.

Semen is associated with the masculine life energy in this culture.

Loss of sperm is supposed to cause mental and physical lethargy.

Self-control can be very powerful, and many religions and philosophies encourage it differently.

These disciplines try to get people to put their energy toward spiritual, mental, and physical growth instead of getting what they want.

NoFap, although part of the same discussion, is not the same as sperm retention.

Some NoFappers choose not to do any sexual activities at all in order to change their sexual habits for the better.

Proponents claim it may aid in the treatment of obsessive sexual behavior. "Fapstinence" is said to provide many of the same mental and physical advantages as sperm retention.

However, most of the claims lack scientific support.

Some online groups think this technique may assist with various medical illnesses, but no scientific proof supports this claim.

It's a difficult, diverse issue with little investigation. However, the lack of sufficient research does not imply that all assertions are wrong.

Here are a few documented studies:

Why May People Try Semen Retention?

There isn't much scientific evidence to show that holding in sperm is either good or bad for you.

If a person doesn't ejaculate, the body will break down the sperm and take it back in.

There are many reasons why a person might try to keep their sperm inside.

For example, some people think that maintaining sperm in the body may help: A naked man in underwear with a muscular body.

How Is Semen Retention Done?

You may either avoid sex or learn to experience an orgasm without ejaculating.

It requires a lot of muscular control, so start practicing Kegel exercises. It is critical to flex your pelvic muscles right before ejaculation.

According to Brojo.org, you may apply pressure to the region between the anus and scrotum at this point (perineum).

This may result in retrograde ejaculation when ejaculate flows into the bladder rather than out of the penis. It makes no difference to the orgasm.

But UKaskmen.com says that ejaculating backward might not be the best way to get "positive, flowing energy."

According to Nateliason.com, after you've reached the point of no return, contract your pelvic floor muscles as if performing Kegels, open your eyes, and cease stroking to have a dry orgasm.

Because it takes time and experience, you may be too early or too late at first.

There is no right or wrong way to do things. It might just be a matter of what you want to accomplish or what seems right.

According to sexologist McDevitt, the main reason people practice sperm retention is to maintain an erection after climax, allowing them to continue pleasing a partner and having sex for long periods.

The penis usually goes through a refractory period after ejaculation, during which it cannot stiffen again. However, this does not happen after dry orgasms.

Some individuals believe that if they don't ejaculate for a long, their orgasms will be stronger.

However, a small-scale study from 2001 indicates that not ejaculating for three weeks may have little impact on a person's neurological system when they ejaculate.

People who ejaculate prematurely may use edge tactics to lengthen their sexual activities.

Multiple orgasms are possible for males and those with penises, albeit not as often as for women and those with vaginas, and semen retention is regarded important, according to McDevitt.

Without a refractory period, you may have many non-ejaculatory orgasms in succession without losing your erection. 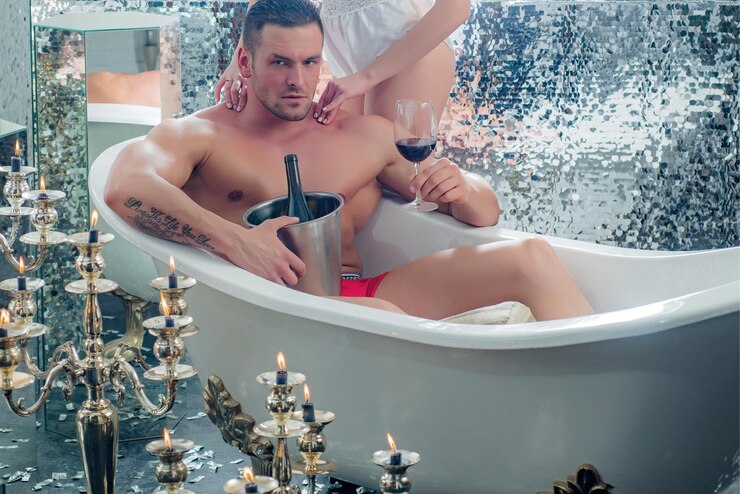 A sexy couple in the bathroom while the man is relaxing in the bath with wine.

Some people believe that storing sperm improves sperm quality and increases fertility. However, study on this has been limited.

The previous study has shown that refraining from ejaculating for one day is all that is necessary to provide the best possible sperm samples.

According to a 2018 study, ejaculatory abstinence intervals of more than 4 days were detrimental to sperm.

According to one 2015 research, there were no substantial negative impacts on sperm quality from any ejaculation.

If you're trying to conceive, practicing semen retention for a brief period may help you conceive the following time you have intercourse.

The discipline of semen retention comprises learning to climax while ejaculating, a practice that often necessitates a person being intimately acquainted with their own body and how it operates.

The idea behind ejaculation is that it releases life energy Kat Nantz, a somatic sex coach, says.

By not ejaculating, your life power is then cycled back through your body, re-energizing you.

These statements, however, are not supported by scientific data.

Orgasms Throughout The Body

By employing air, music, and movement, you can distribute orgasms throughout your body he explains.

According to one study, after seven days of abstinence, men's blood testosterone levels reached 146% of their former levels.

Because they're little studies, their validity has to be questioned Carrubba says. There's some evidence that it may increase testosterone levels, but nothing suggests it doesn't. Go for it if you're interested and feel it will help. Just make certain that you're still having safe sex.

Testosterone levels are also associated with physical traits such as muscle mass and a deeper voice.

Despite this, no evidence has been discovered to link the practice of sperm retention to these consequences.

Although minimal risks are typically associated with not ejaculating, difficulties may arise occasionally.

Epididymal hypertension, sometimes known as "blue balls," happens when a person is sexually aroused but does not ejaculate or orgasm.

They may experience discomfort or pain in the testicles after arousal that does not result in the climax.

When a person gets stimulated, blood builds up in the testicles.

According to prior research, it is a mild condition that is common among young male adults.

People who frequently avoid ejaculating or orgasm may have ejaculation issues.

A person, for example, may be unable to ejaculate or orgasm when they want to, or they may suffer premature ejaculation.

They may also experience retrograde ejaculation, which causes sperm to return to the bladder.

Why Do Men's Moods Change After Ejaculating?

Oxytocin, widely called "the bonding chemical" or "love hormone" since women experience it both after sex and during maternal activities such as delivery and breastfeeding, may produce relaxation in males, leading to the blissfully unaroused condition following ejaculation.

How Often Should A Man Release Sperm?

There are no "normal" times to ejaculate. Thus there are no grounds to restrict your ejaculation. Greater frequent ejaculation provides more health advantages.

The average number of ejaculations depends on age, relationship status, and health.

What Happens If You Hold Your Sperm For Too Long?

Unejaculated sperm is not toxic to the body and does not accumulate. The body reabsorbs sperm that does not exit the body during ejaculation.

There are no negative impacts on sexual desire or fertility.

Are There Benefits To Not Ejaculating?

If you don't have enough testosterone, it could hurt your mood, energy, and sexual desire.

There is currently insufficient research to draw solid judgments regarding the possible advantages of sperm retention.

However, there has been little evidence to show that there may be health hazards.

A person has the option to refrain from sexual behavior for as long as they choose. They may also experiment with methods like edging or tantric sex to see if it is something they appreciate.

There is no specific frequency at which a person should ejaculate. As a result, individuals should do what seems right to them.