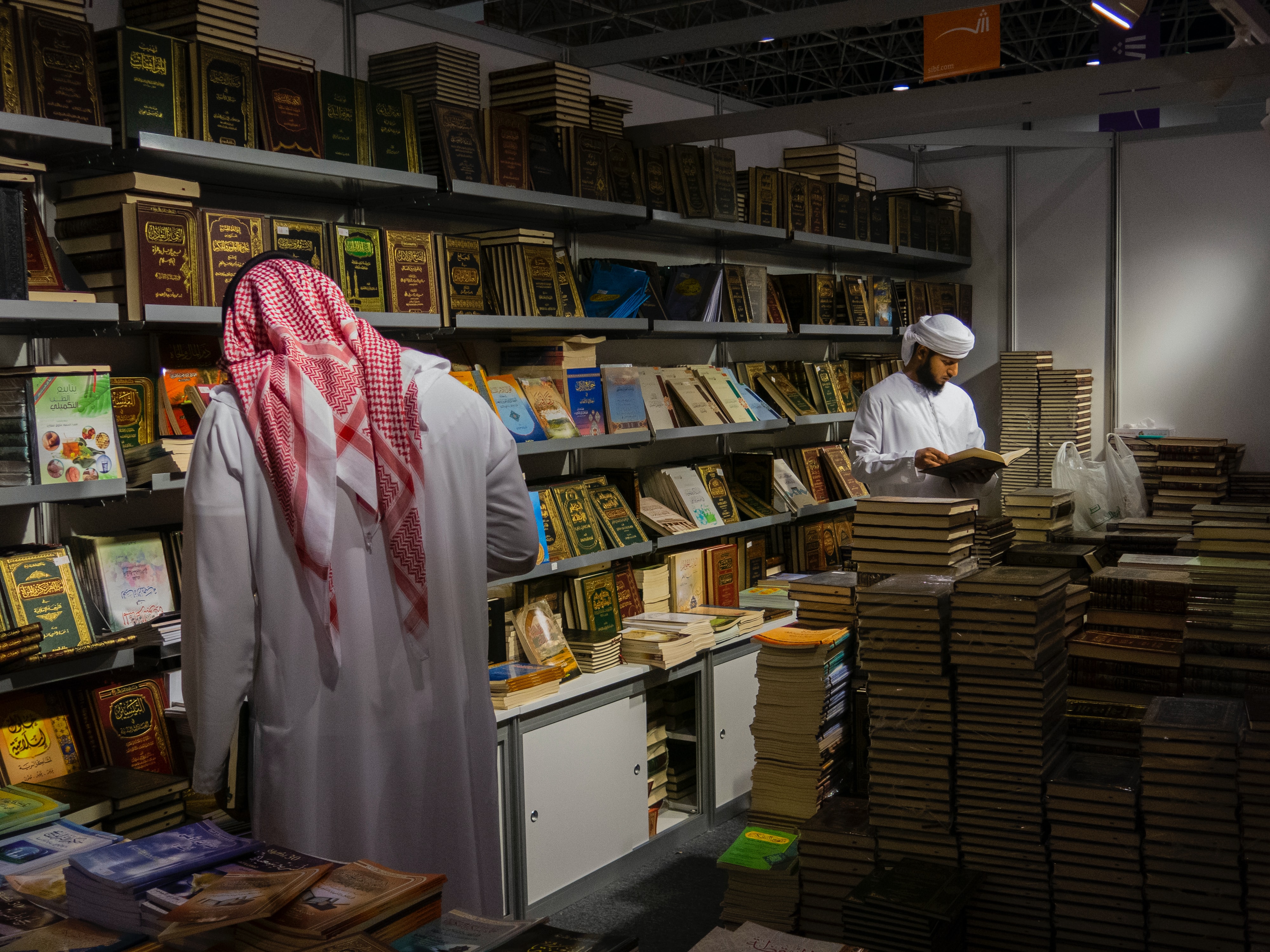 Next year, we will be celebrating the 200th anniversary of Charles Darwin's birth, and the 150th of the publication of his On The Origin of Species, which revolutionized our understanding of biology.

But what if Darwin was beaten to the punch? Approximately 1,000 years before the British naturalist published his theory of evolution, a scientist working in Baghdad was thinking along similar lines.

In the Book of Animals, abu Uthman al-Jahith (781-869), an intellectual of East African descent, was the first to speculate on the influence of the environment on species. He wrote: "Animals engage in a struggle for existence; for resources, to avoid being eaten and to breed. Environmental factors influence organisms to develop new characteristics to ensure survival, thus transforming into new species. Animals that survive to breed can pass on their successful characteristics to offspring."

There is no doubt that it qualifies as a theory of natural selection - even though the Book of Animals appears to have been based to a large extent on folklore rather than on zoological fact.

Despite the strong feelings Darwin provokes among many Muslims - many Islamic scholars see the Koran as creationist, and so at odds with evolution - it seems astounding that al-Jahith's quote has been largely ignored.

In fact, although popular accounts of the history of science typically show no major advances taking place between the Romans and the Renaissance, al-Jahith's work was part of an astonishing flowering of invention and innovation that took place in the Muslim world, and in Iraq in particular, in the Middle Ages.

This world view, based on a mixture of theology and rational thinking, produced wonderful advances in philosophy, astronomy, medicine and mathematics, in particular the emergence of algebra and trigonometry.

Although the Muslim world is often now seen as ill-equipped for scientific discovery, we can look back to Baghdad and see the origins of the modern scientific method, the world's first physicist and the world's first chemist; advances in surgery and anatomy, the birth of geology and anthropology; not to mention remarkable feats of engineering.

For 700 years, the international language of science was Arabic; and Baghdad, the capital of the mighty Abbasid Empire, was the centre of the intellectual world. The story starts around 813, when the caliph of Baghdad, al-Ma'mun, is said to have had a vivid and life-changing dream. In it, he met the Greek philosopher Aristotle, who instructed him to "seek knowledge and enlightenment".

This was the starting point for a lifelong obsession with science and philosophy. Al-Ma'mun created the famous House of Wisdom, a library, translation house and scientific academy unmatched since the glory days of Alexandria.

The caliph would then recruit some of the greatest names in Arabic science, such as the mathematician al-Khwarizmi and the philosopher al-Kindi. Although many of these thinkers were not Arabs themselves, they conducted their science and wrote their books in Arabic.

In the West, though, they were better known by their Latin names, such as Alkindus, Alhazen, Averroes and Avicenna. The most famous of all was Avicenna (or ibn Sina, to give him his correct name).

Born in Persia in 980, he was a child prodigy who grew up to become one of the world's greatest philosophers and physicians. His great work, the Canon of Medicine, was to remain the standard medical text both in the Islamic and Christian worlds until well into the 17th century.

He is credited with the discovery and explanation of contagious diseases and the first correct description of the anatomy of the human eye. As a philosopher, Avicenna is referred to as the Aristotle of Islam; as a physician, he is its Galen.

Indeed, it would not be inappropriate to refer to Aristotle and Galen as the Avicenna's of the Greeks. My favourite of all the Abbasid scientists, however, is another Persian scholar by the name of al-Biruni.

Here was a polymath with a free-ranging and formidable intellect: not only did he make significant breakthroughs as a philosopher, mathematician and astronomer, but he also left his mark as a theologian, encyclopaedist, linguist, historian, geographer, pharmacist and physician.

Famously, having developed the mathematics of trigonometry, he was able to measure the circumference of the Earth to within a few miles. The only other figure in history whose legacy rivals the scope of al-Biruni's scholarship would be Leonardo da Vinci. So what went wrong?

What brought to an end this golden age of Abassid and Arabic science? The standard answer is that the ending came suddenly, in 1258, when the Mongols ransacked Baghdad. During the occupation, a large number of the books in the House of Wisdom were destroyed.

But Baghdad was by this time far from the only centre of scholarship in the Arabic-speaking world - and wonderful advances continued to be made in Cairo and Cordoba right up to the European Renaissance in the 15th century.

There is also an argument that the decline was due to a change in the attitude of the Islamic world towards science. This was primarily a consequence of the work of the 11th-century scholar and theologian al-Ghazali, who famously criticized Muslim scientists for their over-reliance on the philosophy of the ancient Greeks.

Yet this, too, cannot be the whole story. Al-Ghazali was primarily attacking a theological viewpoint that relied on ideas he deemed anti-Islamic. Hard science should not have been so affected by this more metaphysical dispute.

The real decline had much more to do with a weakening of the power of the caliphate as a whole, of which the Mongol invasion was merely one symptom.

By the end of the 11th century, Baghdad had lost control over much of its empire, and weaker caliphs were simply less inclined to encourage and finance scientific scholarship. But, just as the golden age of Arabic science began with the translation of the great Greek texts of Aristotle, Euclid and Ptolemy, so was the work of the Arabic scholars transferred to Europe

. For example, al-Jahith's Book of Animals was a major influence on Arab scholars of the 11th to 14th centuries, and the Latin translations of their work, in turn, became known to Charles Darwin's predecessors, Linnaeus, Buffon and Lamarck.

By the 16th century, while scientific and technological progress continued to be made at a gentler pace in the Muslim world under Persian and Ottoman rule, the European Renaissance was well underway.

The mystery is why the debt the West owed to Muslim scholars was then overlooked: acknowledged at all, the Abbasids are normally credited with nothing more than acting as the guardians of Greek science.

In a world of increasing religious tension, the untold story of Arabic science is a timely reminder of the debt the West owes to the Muslim world – and, perhaps more importantly, of the proud heritage today's Muslims should acknowledge.

• Ibn al-Natis, a Syrian from the late 13th century, is credited with giving the first correct description of blood circulation in the body, 400 years before the work of Thomas Harvey.

• The Polish astronomer Copernicus (1473-1543) has Arabic astronomers to thank for his calculations: indeed, there are diagrams in his books that appear to have been lifted exactly from the work of the Arab astronomer Ibn Shatir 100 years earlier.

• The modern scientific method, based on observation and measurement, is often said to have been established in the 17th century by Francis Bacon and René Descartes. But the Iraqi-born physicist Ibn al-Haythem (Alhazen), had the same idea in the 10th century.

• The word "alchemy" derives from the Arabic "alkimya", which means "chemistry". The world's first true chemist was a Yemeni Arab by the name of Jabir ibn Hayyan, born in 721.

• Al-Razi (Rhazes) was the greatest clinician of the Middle Ages. Born near Teheran in 865, he ran a psychiatric ward in Baghdad at a time when, in the Christian world, the mentally ill would have been regarded as being possessed by the devil.

• The word "algebra" comes from the Arabic "al-jebr", and was made famous by the great ninth-century mathematician al-Khwarizmi. But contrary to the popular myth, algebra was not an Islamic invention - its rules actually go back to the Greek mathematician Diophantus.