Santa Claus - When Kids Start Asking, “Is He Real?” 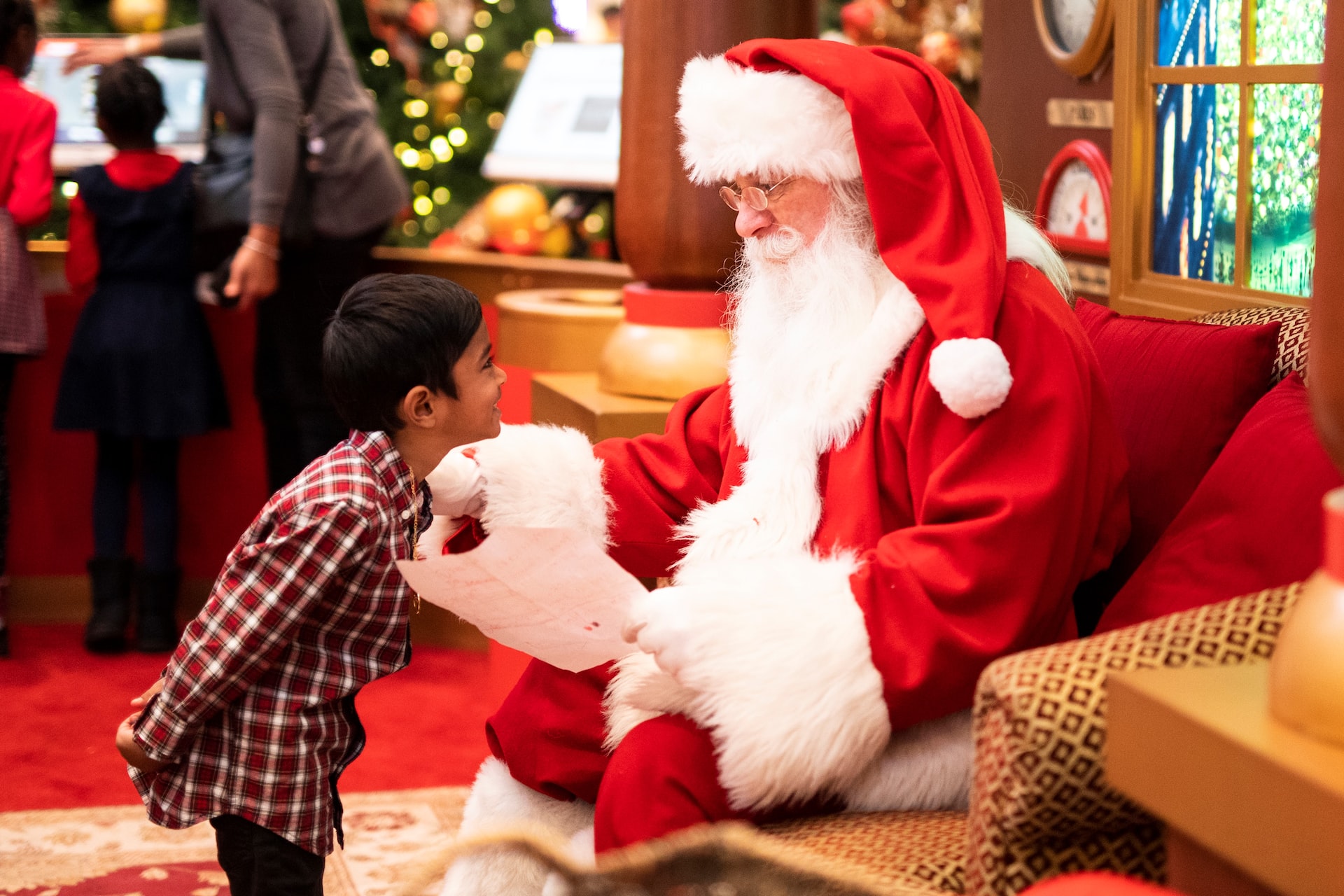 In 1970, Americans would frequently hear the cute voice of a kid singing about Santa Claus being in town and, not only that, kissing his mother!

Santa Claus Is Coming To Town and I Saw Mommy Kissing Santa Claus were two of the biggest Christmas hits in America for that year, thanks to the brilliant rendition by a then-12-year-old Michael Jackson (1958-2009).

So, did he really see Santa Claus? Or was it just his father - in a Santa suit - whom he saw?

Well, it’s just a song. But it’s a song about Santa and Santa is something else. Something larger than the song itself.

What happens when kids - his number one fans - begin to ask about this extraordinary guy who’s only around during the holidays?

Who is this elderly but jolly-looking guy in a red suit giving presents during - as one line from another popular Christmas song goes - “the most wonderful time of the year?”

It’s no doubt that Santa Claus adds wonder and delight to the Christmas season, endearing everyone but most especially toddlers and children.

Now going back to the question: “Is Santa Claus real?”

There was once a man of Greek-descent named Nikolaos, who lived during the Roman Empire (27 BC-476 AD) in Anatolia (now Turkey).

According to The St. Nicholas Center in Michigan, his parents, Theophanes and Nonna, named him after his uncle, who was an abbot (head of a monastery) in Xanthos (now Kinik).

In the 4th century he became the Archbishop of Myra (now Demre) after the demise of Archbishop John.

Archbishop Nicholas of Myra was one of the participants in the First Council of Nicaea (May-August 325 AD; now Iznik), a convention of Catholic bishops.

He was canonized as a saint and became known as Saint Nicholas of Myra, aka Saint Nicholas, the Wonder Worker (attributing to the many answered prayers through his intercession).

Across Europe, he is the patron saint of, among several others, children, merchants, and sailors.

St. Nicholas was reputed to give presents discreetly to people, particularly the poor ones; thus, becoming an inspiration behind Santa Claus. 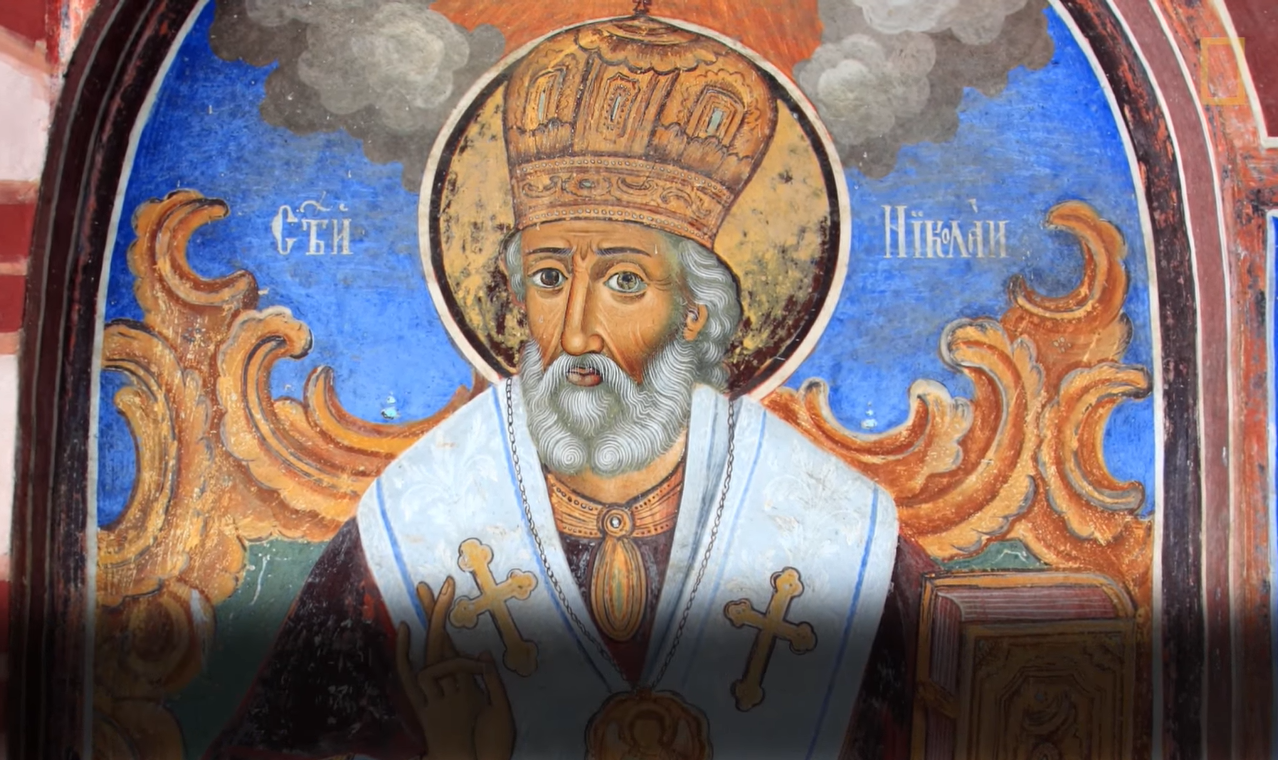 According to The Archive, during the Middle Ages (500 to 1400-1500), Europeans started the gift-giving practice of St. Nicholas. They would do it every December in honor of his feast day (death anniversary).

When the Renaissance started in Europe approximately in 1300, St. Nicholas, per History.com, became the most famous saint in the whole continent.

In the 17th century, Dutch families settled in what is modern-day New York City. They would celebrate the feast day of Sint Nikolaas (St. Nicholas) every December.

According to Voice of America (VOA), the Dutch’s pronunciation of “Sint Nikolaas” closely sounded like “Sinterklaas,” which the Americans would pronounce as “Santa Claus.”

The poem A Visit from St. Nicholas (1823), aka ‘Twas the Night Before Christmas, described him as having a white beard and “a little round belly.” It also gave name to his eight reindeers who pull his magic “sleigh full of toys.”

For 20 years, reported The Guardian, political cartoonist Thomas Nast (1840-1902) drew images of Santa Claus for the magazine Harper’s Weekly (1857-1916). One drawing he made in 1881 somehow became Santa’s official look.

Per History.com, Santa Claus was often featured in Christmas ads in newspapers in the 1840s. Coca-Cola, according to its website, published ads from 1931 to 1964 showing Santa distributing toys.

Indeed, advertising and marketing helped promote Santa Claus as a figure associated with the celebration of Christmas.

Christmas ball with Santa Claus reading a letter on it; neon lights of Santa Claus on his sleigh and two reindeers

The celebration of Christmas is rooted in Christianity; so, the belief in Santa Claus comes stronger among the believers of Christ.

Regardless of its association with commercialism, Christians continue to welcome Santa Claus as part of the festivities.

And why is that so?

It’s because of what Santa Claus basically represents: the joy of giving and sharing - without asking for anything in return.

Therefore, Santa Claus is a good model, especially for children.

Is Believing In Santa Harmful?

An article published by the Psychology of Aesthetics, Creativity, and the Arts in 2016 discussed how imagination affects child development positively. For one, it helps them develop their creativity skills.

A researcher and lecturer in psychology at the University of the Sunshine Coast in Australia, Dr. Sharman said that the brains of children would “light up” when the topic is about Christmas - and Santa Claus.

Is It OK Not To Believe In Santa?

For four (out of five) experts, it’s fine for parents to tell their kids that Santa Claus is purely fictional.

The Conversation asked five experts in Australia about their opinion on where parents should lie about the existence of Santa or not. Four recommended to tell the truth.

For developmental psychologist Ameneh Shahaeian, it would be “best” not to lie because it would help children “to distinguish between reality and fictional characters” while they are in their “developmental stage.”

For philosopher and lecturer in critical thinking Peter Ellerton, the “self-worth” of children from poor families will be negatively affected by lying about Santa.

Teacher educators Rebecca English and David Zyngier both talked about deceit, which is not good and which is what lying is about.

However, as for educational and developmental psychologist, professor, and researcher Kelly-Ann Allen, she advises parents “to make age-appropriate judgements” whenever they tell information to their kids.

For Allen, the belief in Santa Claus is part of Christmas rituals that help foster a sense of belonging and fortify “social support networks.”

How many children believe in Santa Claus? A lot! Majority of them do.

The result of a 2020 survey conducted by Jacqueline D. Woolley at the University of Texas at Austin (UT Austin), where she is the director of the Children’s Research Lab, revealed so.

Per New Scientist, “more than 80 percent” of 5-year-old kids in America believed in Santa Claus.

In a 2018 survey conducted in the U.K., according to the University of Oxford blog Practical Ethics, 92 percent of 8-year-olds and younger ones believed in him.

When Did Children Start Believing In Santa Claus?

Jacqueline D. Woolley, reported Deseret News, said that kids begin believing in Santa Claus strongly at the age of four and it becomes even stronger when they turn six.

Not that they totally stop believing in the guy in the red suit, but the belief tends to decline usually at the age of 8, according to Woolley.

It’s a “gradual” process, she said.

In a 2022 Yahoo! article, licensed clinical social worker, therapist, and certified professional coach Jennifer Kelman implied that society is guilty of disrupting the “magic and wonderment” among kids.

For Kelman, parents should let their children know the truth on their own. That’s also what Dr. Sharman told Brisbane Times:

Honestly most children figure it out themselves once they’re ready. 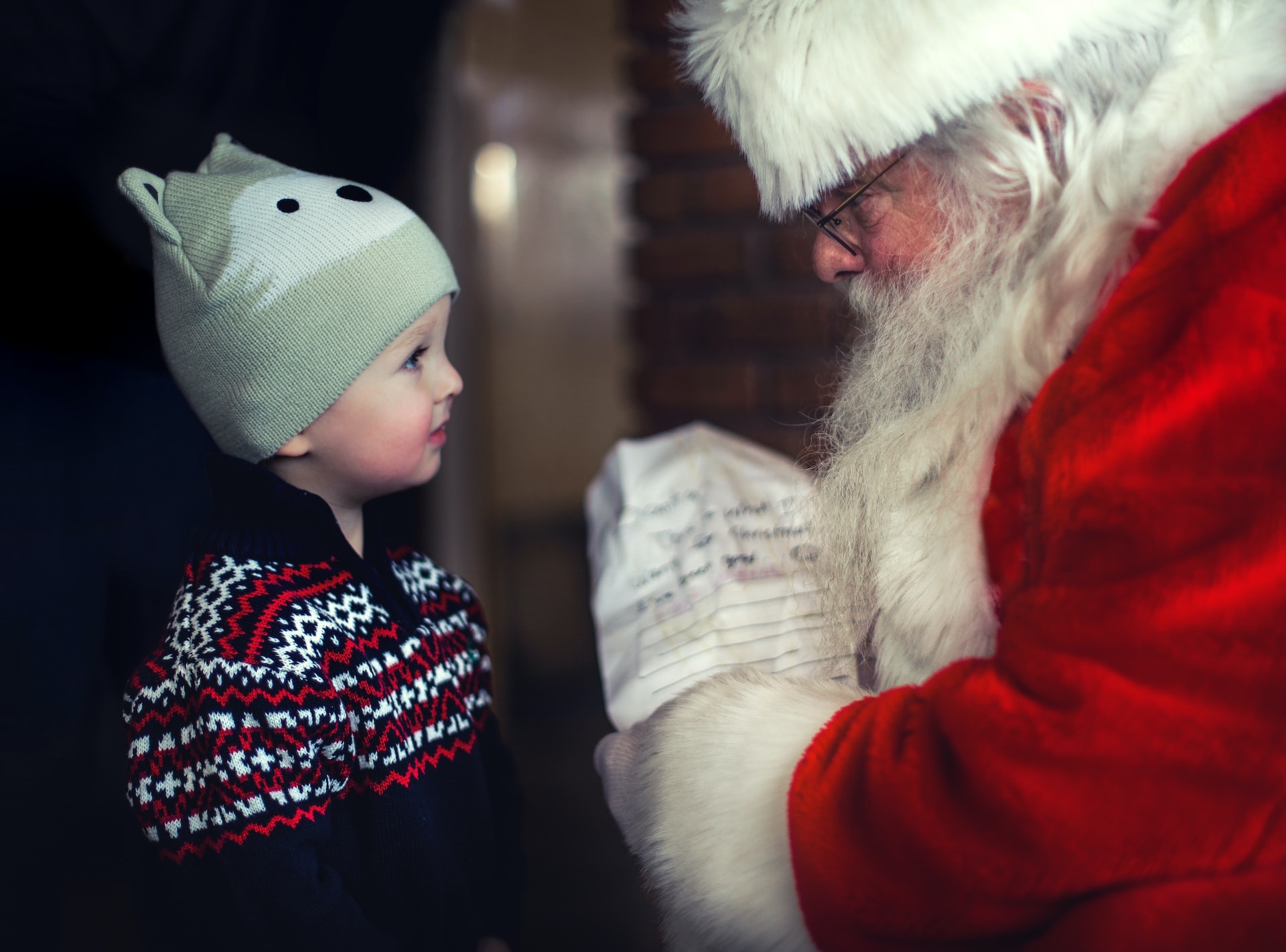 Is Santa Claus A Religious Thing?

Though Santa Claus should never be considered a Christmas nor a religious symbol, according to Learn Religions, he is part of a major religious celebration.

What Countries Do Not Believe In Santa?

Per The Healthy Journal, they include the following:

NPR reported in 2018 that in China, officials in the city of Langfang in Hebei Province banned Christmas-related celebrations and stuff.

The same ban took place as well in Somalia, as reported by BBC in 2015.

It was the prominent physicist Albert Einstein (1879-1955) of the theory of relativity fame who was quoted as saying: “Imagination is more important than knowledge.”

Whether Einstein grew up believing there’s a Santa Claus or not doesn’t anymore matter.

What matters is how certain studies validated the significant contributions of imagination to child development.

Based on some of the studies reviewed by Oxford Bibliographies Online, imagination and creativity share a “symbiotic relationship.” Their respective importance is interconnected.

In one study published by SAGE Journals in 2020, professors and childhood development experts Maureen Claire Smith and Maria Fusaro discovered that imagination could influence the inquisitiveness of preschoolers.

In a Christian setting, can you imagine a childhood - for yourself (and, by chance, for your future kids and grandchildren) - without Santa Claus?