Russia's Ruble - The Strongest Currency In The World This Year 2022 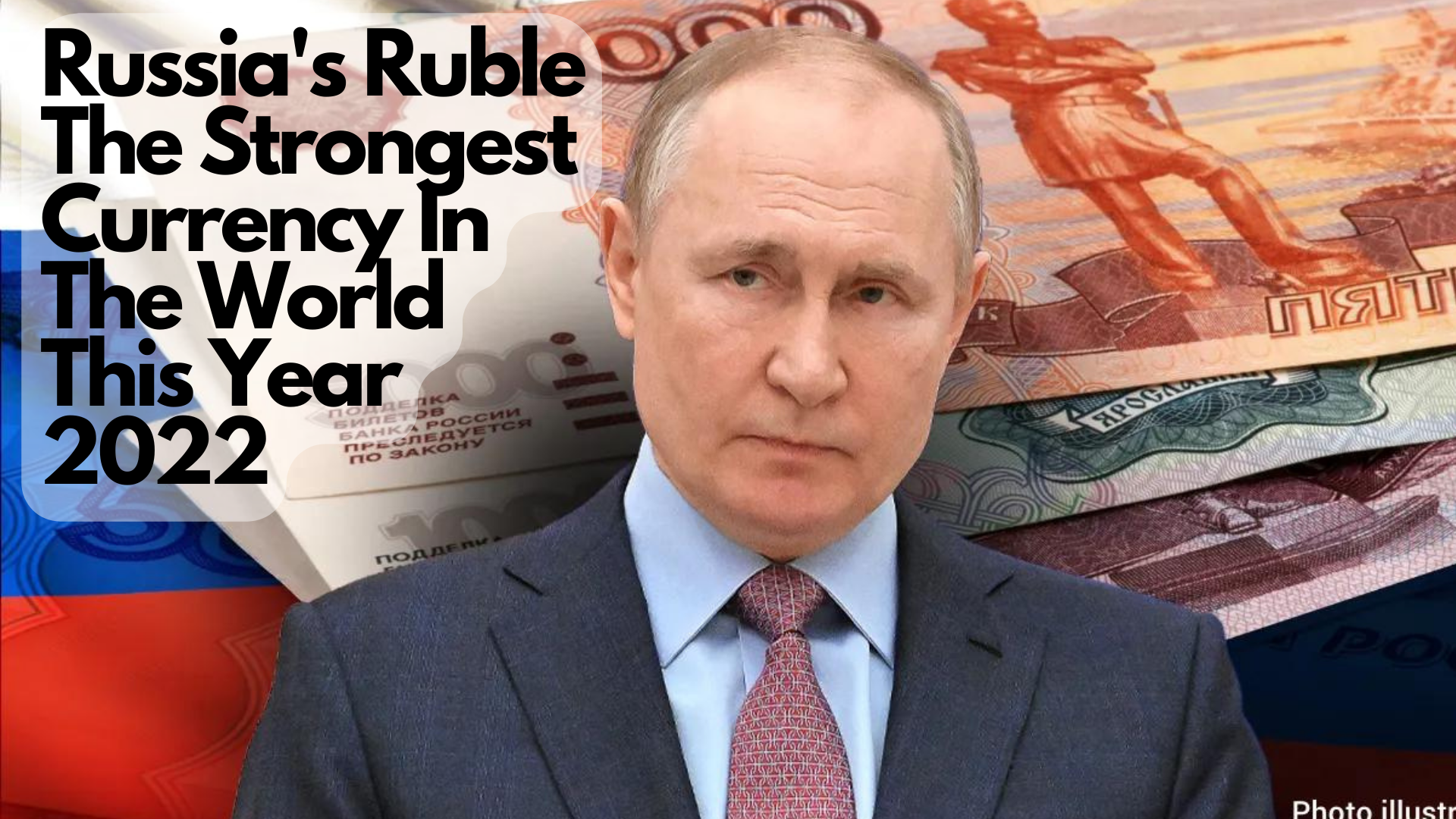 Russia's Ruble continues to rise against the US dollar, making it the world's best-performing currency this year.

Three months after the ruble's value plummeted to less than a US penny due to the most severe economic sanctions imposed on a country in modern history, Russia's currency has staged a stunning comeback.

Since January 2022, the Russian ruble has increased by 40% against the US dollar.

Because of the ruble's resilience, Russia is partially shielded from the harsh economic penalties imposed by Western nations following its invasion of Ukraine, though how long that protection will last is uncertain.

Why is the Russian Ruble So Strong Right Now?

The ruble cemented its unlikely position as the world's best-performing currency this week, rising to multi-year highs.

The ruble has roared back after collapsing in the weeks following Russia's invasion of Ukraine, which triggered sweeping international sanctions aimed at crippling the Russian economy.

It reached its highest level against the US dollar since June 2015 on Tuesday. It has gained approximately 35% this year, outperforming every major currency, and has more than doubled from its post-invasion low.

Although Russia's economy has outperformed expectations, the outlook is bleak, with double-digit inflation and most economists predicting a deep recession.

However, capital controls imposed by its central bank, such as forcing exporters to convert a portion of their earnings into rubles, have increased demand for the Russian currency. Despite widespread sanctions imposed for its invasion of Ukraine, the Russian ruble has emerged as the best-performing currency in 2022. As of this year, it is nearly 30% stronger against the US dollar.

Many people are wondering how the Russian currency recovered so dramatically from its record low of 143 rubles to the dollar on March 7th.

Russia earns nearly $20 billion per month from energy exports. Since the end of March, many foreign buyers have agreed to pay for energy in rubles, causing the currency's value to rise.

Also, Western sanctions and a wave of business exits have resulted in a drop in imports.

Russia's account surplus, the difference between exports and imports, reached a record $96 billion in the first four months of the year.

Experts say the rally is largely fabricated, the result of capital controls imposed by Moscow in response to Western sanctions.

While the ruble appears to be a promising currency on paper, many money changers have stopped dealing in it due to extreme volatility in its exchange rate due to low trade volumes.

European countries rely heavily on Russian gas, and despite plans to diversify, there are no readily available alternatives.

This step not only increased demand for the ruble but also allowed Moscow to avoid sanctions designed to prevent Russia from acquiring dollars or euros to repay its debt.

Because of the rise in oil and natural gas prices, a country that imports crude oil from Russia will now have to pay more dollars per barrel and require more rubles. 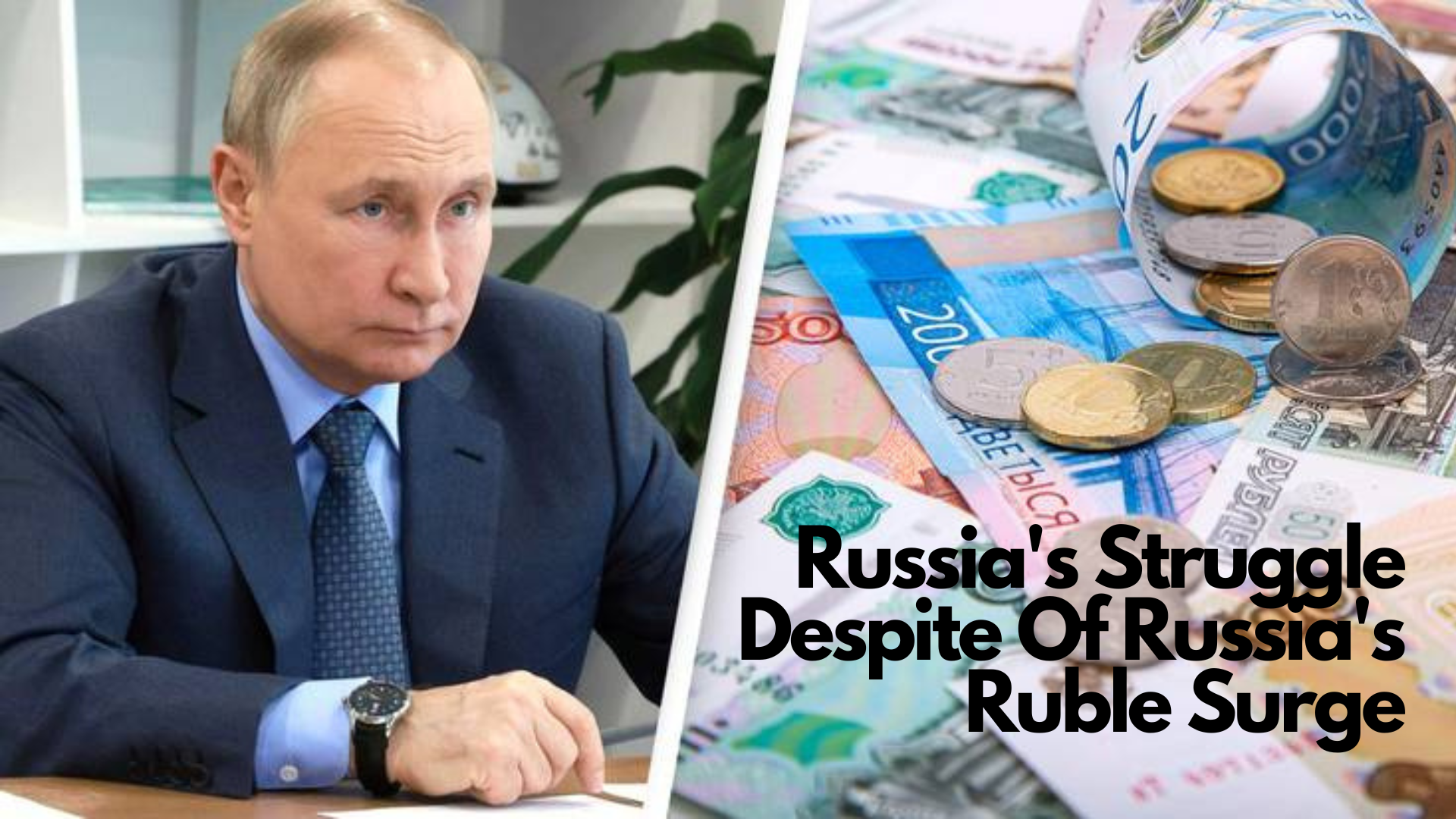 The ruble's rally has caused issues for Russia's central bank, which took steps last month to bring its currency closer to historic levels.

In late May, the ruble fell against the dollar as the central bank relaxed some capital controls. The drop was only temporary, as the currency reached a new all-time high this week. However, a strong currency does not protect Russia from economic hardship.

While the ruble's recovery and the strength of Russia's oil exports have temporarily deterred the economy from sanctions, experts believe the effect will be short-lived.

Furthermore, European countries have pledged to cut their Russian gas imports by two-thirds this year, a potentially crippling blow given Russia's reliance on energy exports.

Why Is The Ruble So Strong?

The country's large current account surplus, which measures trade and investment flows, has been bolstered by high earnings from oil and gas exports and a drop in imports, which has kept the ruble strong.

Is The Ruble Getting Stronger?

The ruble is up 16 percent against the dollar in 2022, and it is up nearly 150 percent since it bottomed out three months ago, just days after Russia's invasion of Ukraine.

Why Is The Ruble Going Up?

In conclusion, since Russia's invasion of Ukraine, the ruble has been on a roller-coaster ride. Despite this, currency gains have continued, highlighting traders' expectations for further relaxation of capital controls and measures to boost consumer demand and economic growth.

As of now, the Russian ruble is regarded as the world's best-performing currency in 2022, having gained 11% against the US dollar. Soaring commodity prices are the primary reason for the ruble's recovery. Following Russia's invasion of Ukraine on February 24, already high oil and natural gas prices skyrocketed.